The Written Stone Monastery is an Orthodox monastery from Caras Severin, located in the village Armenis. The titular saint of this holy place of pray is "All Saints Sunday", the first Sunday after Pentecost. The humble and the less- known monastery are decorated with a common life. The monks offer accommodation to pilgrims, but the number of beds is limited now. The saint Written Stone monastery, with its bell tower and the building for living things, is situated at a distance of 25 kilometers from Caransebes, to Orsova, where the road meets Timis waters in the Strait over which there is an arch railway bridge.

The Written Stone Hermitage, today monastery, was founded on a saint place. The local legend connects the beginnings of the monastery with the find of an icon painted on the rock. The Holy Trinity icon, which can be seen today on the blackish rock, was found during the work on the railway that had to link Caransebes and Orsova. Because of this icon on the rock wall the rail tunnel exit was moved a few feet west of the icon. The believers’ reaction convinced the engineer Mihlheisen, the building chef, to change the calculations, diverting the tunnel exit to Armenis, a few meters west of the icon. Those who travel to Armenis by train easily can see that the train makes in the railway tunnel a small turn to the right at the exit in Armenis.

There are also other legends about the origin of the icon. Thus, a Christian army commander, followed by the Ottomans, fell down from his horse from a hill into the Timis River, escaping unharmed. In gratitude, he gave the order to paint the Saint Trinity on the rock.

Another legend is about some travelers who were going from Wallachia with a carriage. Suddenly, the horses frightened and began to run out of control, and just when people were expected to collapse into the river, the carriage stuck in a rock right in the area which later was called the Writing Stone. In order to memorize the event and to glorify God, they made the icon. It is said that a cattle merchant, on the Sunday of All Saints, housed under a rock because of the storm. A lightning split the rock, but he remained alive. The village priest advised him to paint the icon of the Holy Trinity, because God saved him from the danger.

These legends are about the people’s gratitude because they escaped from the danger. Here's another version that recalls the need for believers to bring God's sacrifice even when a tragedy happens. It is said that the son of the Armenis church architect wanted, by himself, to put the cross on top of the tower. Although his father didn’t let him do this, the boy jumped, but fell down and died. In order his sins to be forgiven, the architect aloud the icon from the Written Stone to be painted.

The first documentary mentioned about the Written Stone appeared on an Austrian military map in 1788. This place on the map was mentioned as “The Trinity Rock”. Perhaps the icon already existed there, if it named the place. The icon was restored in 1822 by the painter Buru Moses from Caransebes. Vasile Dragomir from Littel Slatina and his wife Anna raised a chapel in the memory of their only daughter who died in 1929. Its dimensions are 8 feet length and 4 meters high outside and 3.5 meters long, 3 meters wide and 3.5 meters high inside. The Bishop of Caransebes built a stage house for the staff and a monastery bell. So, in 1930, appeared a little stone monastic settlement called the Written Stone hermitage. A new period in the history of the hermitage appeared when Christopher Bucur became the abbot of the monastic settlement. Christopher Bucur, together with the community, with the material and financial support of good faith people, rebuilt the chapel, the abbey, erected a summer altar, and is currently working on raising a new church and a building complex that will include abbots, monks' cells, library and a small museum.

You have to visit this monastery. You’ll admire the beautiful nature that surrounds it and the amazing building architecture. You’ll see the special Saint Trinity icon on the rock and maybe you’ll event your individual legend about its origin. The surrounding silence and the hospitable monks will help you to clear your mind and soul. So you will not want to leave the monastery. You’ll want to visit it for at least one more time.

Write your Review on The Written Stone and become the best user of Bestourism.com

Maps of The Written Stone 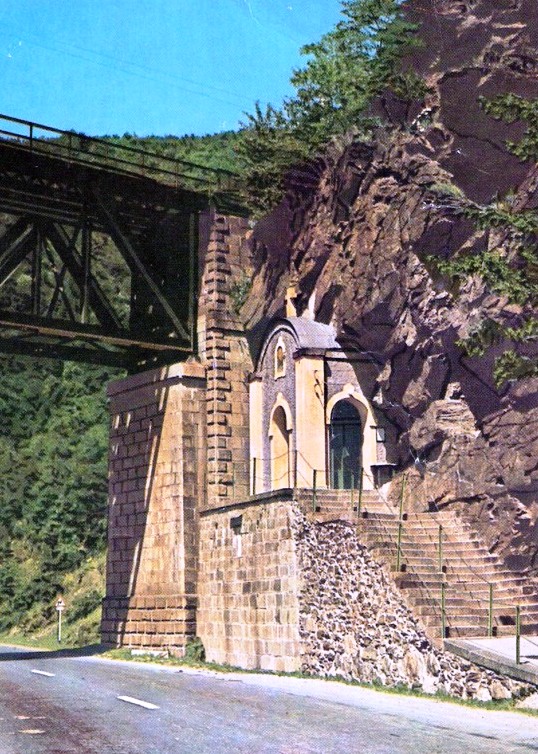 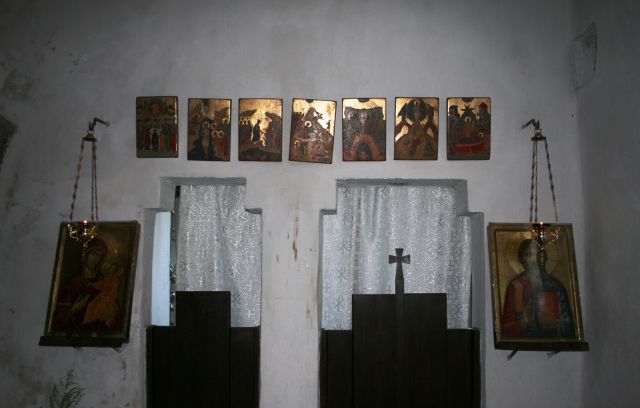 The Written Stone - The interior design 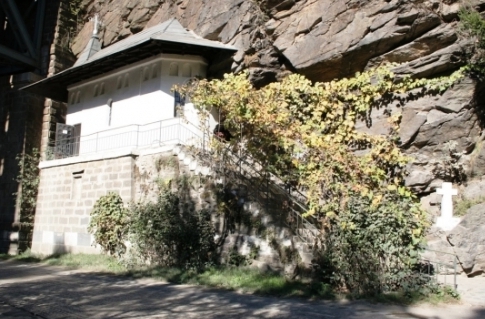 The Written Stone - An Orthodox monastery