Place de la Concorde is the largest public square in Paris and separate the Tuileries Gardens to the Champs-Elysees. It was originally called Market Louis XV and was placed in the middle or one of his equestrian statue. The building is shaped as an octagon market began in 1754 and was completed in 1763.

A period after its construction, the market served as a meeting place for participants in the bloodiest revolution in French history. After the revolutionaries came to power, renamed Revolution Square and have replaced a statue of Louis XV with a guillotine. Between 1793 and 1795, over 1300 people were beheaded, including Louis XVI, Marie Antoinette, Danton and Robespierre. The name symbolizes the Place de la Concorde end of an era of suffering and hope for a better future.
Obelisk of Luxor, a pink granite monolith was France in 1829 gave the Viceroy of Egypt, Mehemet Ali and replaced the guillotine in the Place de la Concorde. The building, which once marked the entry into the temple of Amon has over 3300 years old and is decorated with hieroglyphs representing the power of Pharaoh Ramses II and III. Obelisk that was brought in 1833 weighs 230 tons and is 22.83 meters. Having survived more than 33 centuries, the obelisk has suffered most damage in the last half of last century due to exposure to exhaust gas pollution. Obelisk is a monument inscribed with four surfaces, forming a pyramid to the top. Egyptians raised it by two and paired with sunlight that increases in thickness when approaching the ground.
In every corner of the market forming octagonal are statues representing French cities: Lille, Strasbourg, Lyon, Marseille, Bordeaux, Nantes, Brest and Rouen. In the south-east market, the Concorde bridge spans the Seine to the Bourbon Palace where the National Assembly is located. Near the obelisk in is the Tuileries gardens and the Orangerie Museum.
Sponsored Links

Write your Review on Place de la Concorde and become the best user of Bestourism.com 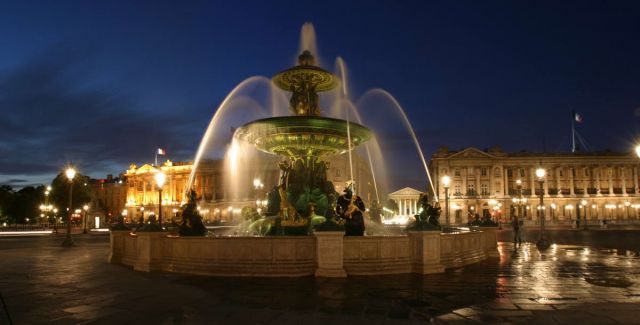 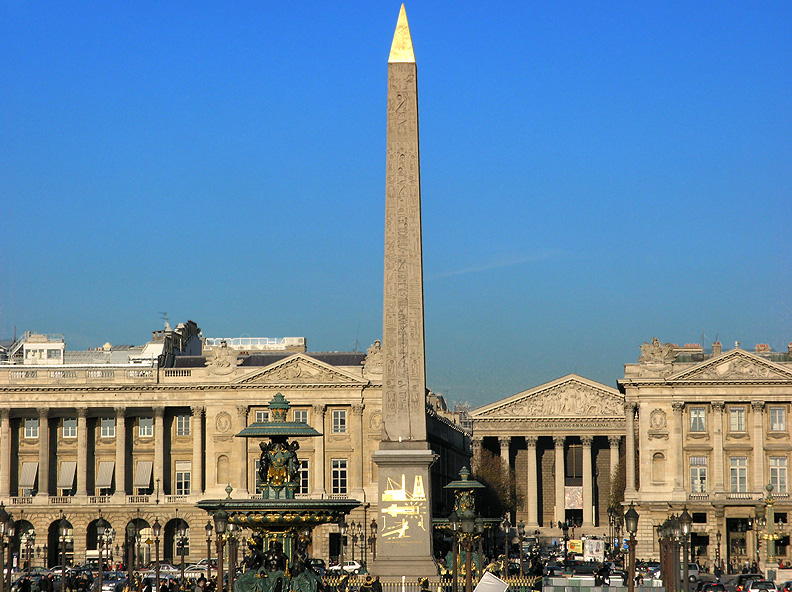