The Catholic chapel with the beautiful name Notre Dame du Haut surprises the layman, but amazes the connoisseurs of fine arts.

Notre Dame du Haut is a concrete pilgrimage church. It was built in 1950-55 years in the French town Ronchamp on the Vogezsky hill over Belfort. Le Corbusier was the architect of the building. Notre Dame du Haut is considered the most significant, from the artistic point of view, religious buildings of the XX century. The initiative of this building belonged to the priest Pierre-Alain Couturier, who worked previously with such giants of modern art as Matisse and Chagall. Le Corbusier, not being religious, reacted, at the beginning, with skepticism to the proposal, but a trip to Ronchamp persuaded him to take the project on condition that the Catholic Church will give him complete freedom of creative expression.

The chapel of Ronchamp inscribed perfectly in the surrounding complex terrain. The curved roof was inspired by the shape of the shell, which Le Corbusier picked up on the beach in Long Island. Seeing in the form of a shell the natural realization of the idea of shelter and security, Le Corbusier molded out of the sand several sculptures, which became the prototype of the chapel. The towers on either side of the temple are similar to those sketches that Le Corbusier performed during a student trip to Villa Adriana in 1911.

The chapel was built out of the most ordinary and coarse material, the concrete. But it was given soft and flowing forms. At first glance the chapel is deliberately simple. But it represents a piece of art that can be read as a text, as a reflection of the author on the history of temple architecture.

In an extremely simple interior of the church the floor and ceiling are unequal, the confessionals are carved into the rock, which are designed to resemble the very first Christian cave temples. And the most interesting fact is that in this concrete house the entire southern wall is riddled by irregularly spaced windows and stained glass windows, through which the light penetrates inside. The play of light is almost the same as in the Gothic cathedral.

The temple outside with a stone altar and the statue of Virgin Mary reproduces the minimalism, characteristic for the Northern Europe churches from the period before the Romans. During great holidays, when there are a lot of pilgrims, the service is held in open air. There is an altar equipped outside the church for such special services. The chapel can be spotted from a distance long before the first signs. Its hill is the highest point in the county. It is almost impossible not to notice a white spot in the thick of the cathedral green surroundings. However, the building is not visible since you enter Ronchamp and before you raise the mountain. Not even a hint is visible. After a while you begin to realize that all this is a part of the French cunning plan.

The chapel can be seen not only gradually, but also in accordance with the hierarchy of its iconic elements. The famous free-standing apse appears firstly, then the recognizable "nun hat" is added to it, and finally a multi-colored spot of traditional Le Corbusier painting at the main entrance.

The non-standard building caused violent protests by local residents at the beginning. They refused to serve water and electricity in the temple. But now, the tourists coming to see this building became the major source of income for the citizens. A monastery of Poor Clares is planned to be built not far from Notre Dame du Haut.

Write your Review on Notre Dame du Haut and become the best user of Bestourism.com 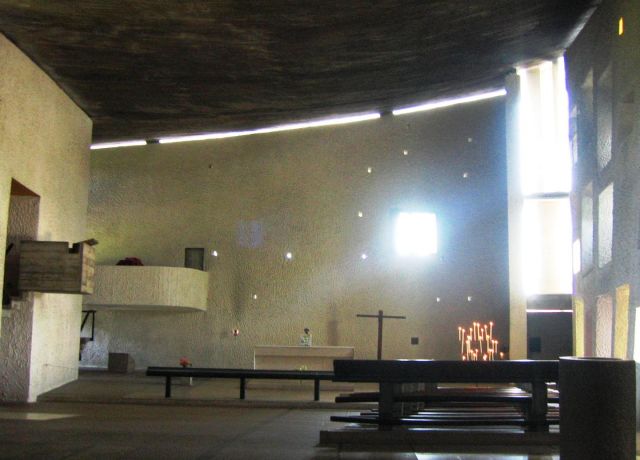 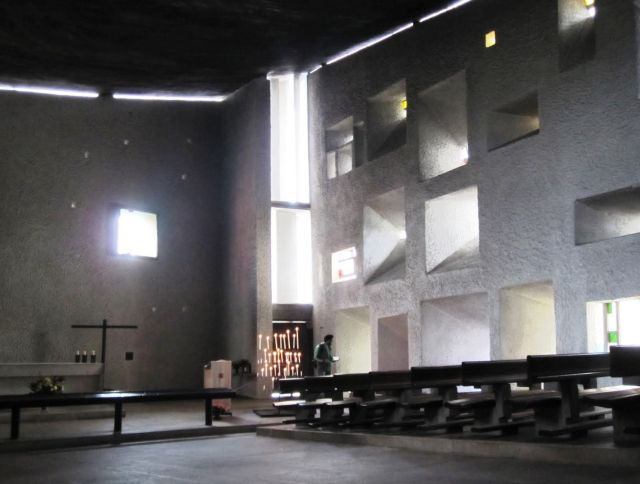 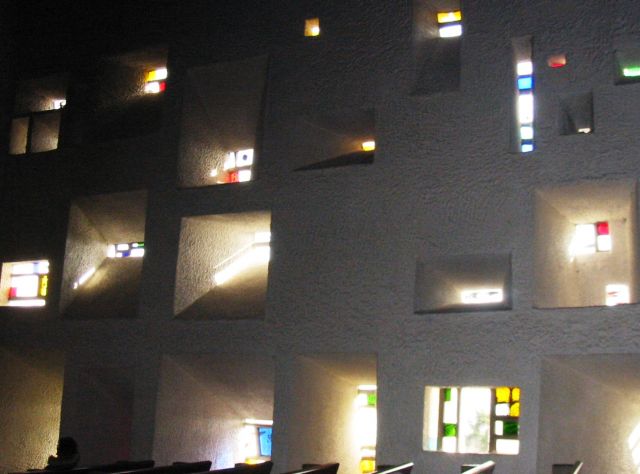 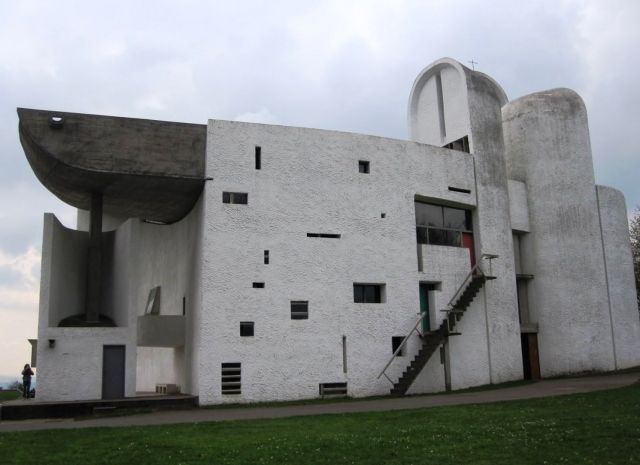 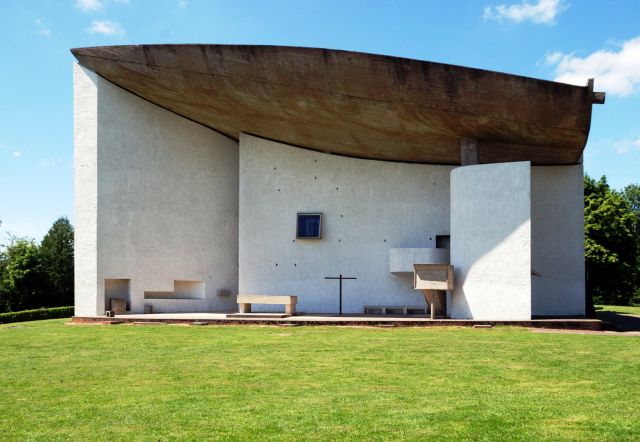 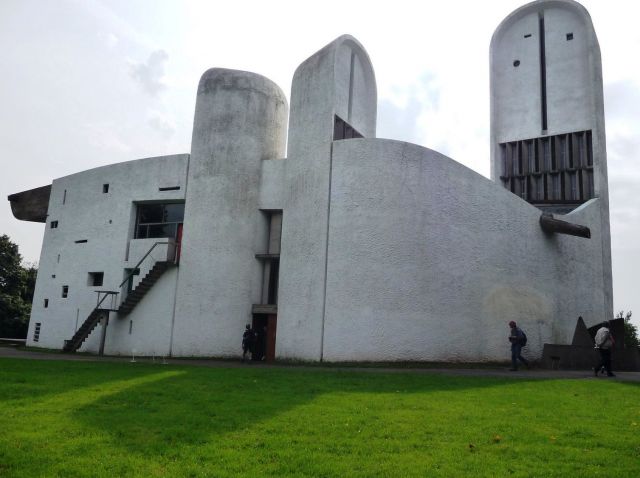