World Tourism / The Most Unusual Churches in the World / Milan Cathedral


Milan Cathedral is a symbolic monument. It is the administrative center of the Lombardy region and it is dedicated to Santa Maria Nashente. The famous fourth-largest church in the world is located in the Milan heart and is its symbol. This late Gothic wonder, which contains a forest of steeples and statues, marble pointed columns and turrets, woven together by a web of soaring towers, provokes you to say: grand, stunning, gorgeous. It is the third largest cathedral in Europe after St. Peter's in Rome and St. Paul's in London.

This unique white marble Gothic colossus in Europe was built during the ages. The first blocks and the temple's foundation were laid in 1386 when the legendary Gian Galeazzo Visconti ruled. The facade project was completed in 1813.

The Celtic sanctuary in the prehistoric times, Minerva temple during Romans, Santa Tecla church, and then Santa Maria Maggiore church, were located on the territory where the cathedral was began to be built.

The cathedral was decided to be built in the Gothic style, as this style wasn’t used on this side of the Alps. Specialists in the Gothic style were invited from France and Germany, although the initial project was developed by the Italian Simone de'Orsenigo. Germans and Italians chief architects succeeded each other during 10 years. Dzhuniforte Solari continued the cathedral building process in 1470. He was invited as Bramante and Leonardo consultants. They proposed to dilute the Gothic with modern Renaissance elements. As a result an octagonal cupola appeared. The main altar of the unfinished cathedral was blessed by Pope Martin V in 1417. The whole cathedral was opened in 1572 being inaugurated by St. Charles Borromeo.

The 104 meters spire with a 4 meters gilded bronze statue of Madonna appeared in 1769. A decree appeared after that. It said that no building in Milan should obscure the Madonna statue. When the Skyscraper Pirelli was built, in order not to defy the decree, an exact scale copy of Madonna statue was installed on its roof. The stone forest of 135 marble needles giving the mood of Gothic architecture was built in XIX century.

A nail, which is said to be brought from the Christ crucifixion, is located above the altar of the cathedral. The golden statue of Milan saint patron is the main attraction inside the cathedral in the heart of every city inhabitant. The view from the building roof is the most impressive in the town.

The cathedral includes some tourist attractions. These are: the mausoleum of Gian Giacomo Medici, the wooden choirs, the Egyptian porphyry bath from the IV century which is used as a baptismal font. The statue of the Christian martyr St. Bartholomew, who was flayed, is stunning.

The temple is 158 meters long, 92 meters width. The spire is 106.5 meters high. The cathedral can accommodate up to 40 000 people. It is the largest building made of marble.

Write your Review on Milan Cathedral and become the best user of Bestourism.com 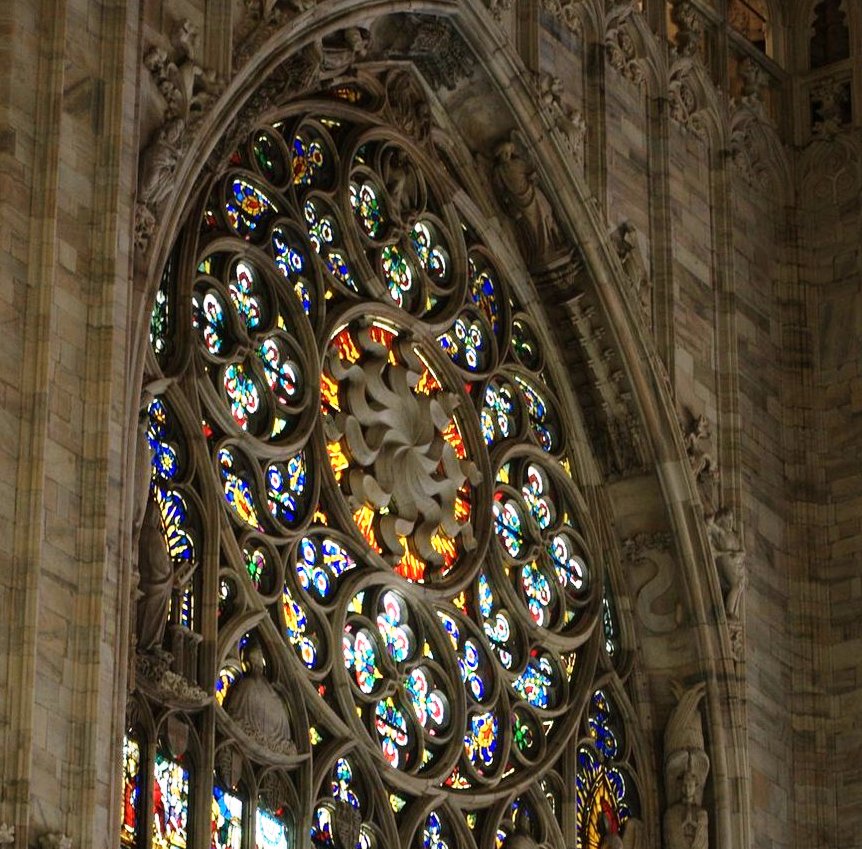 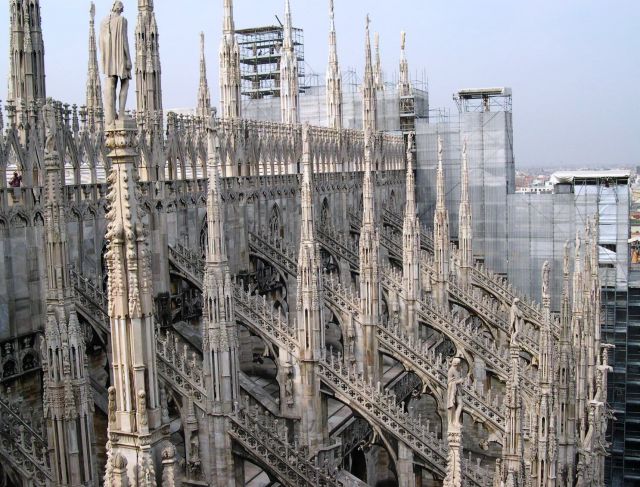 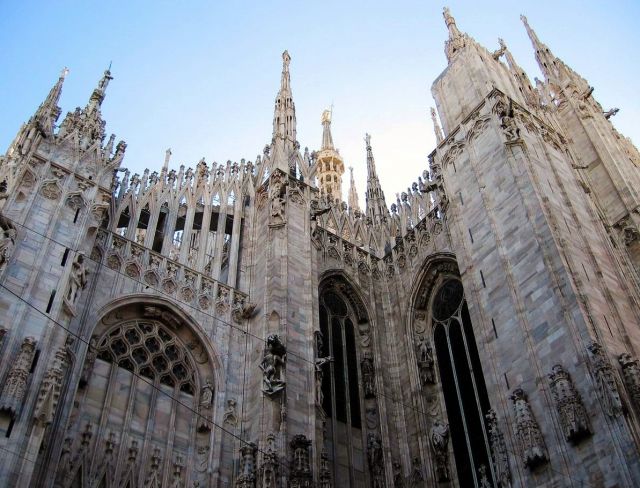 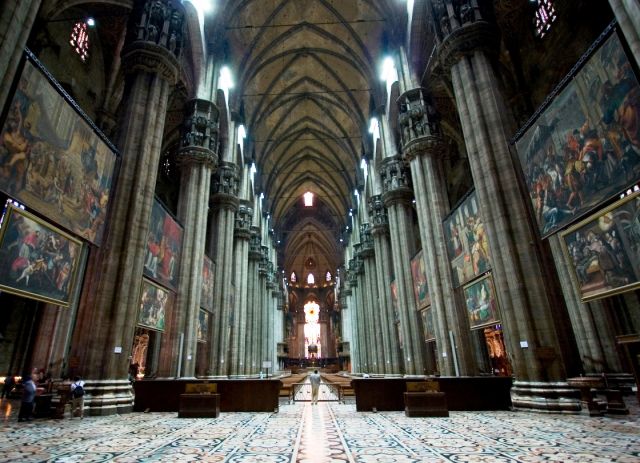 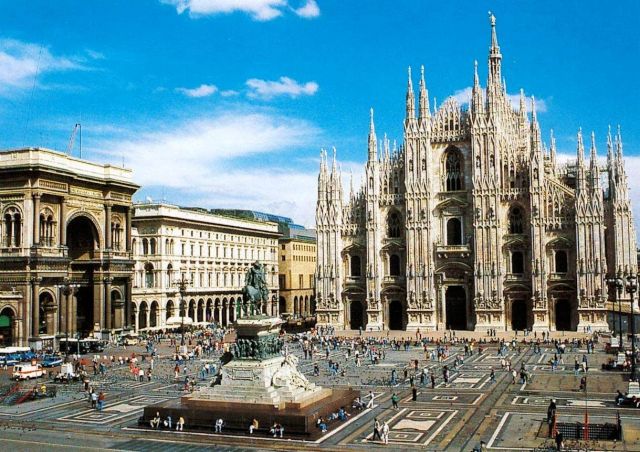