World Tourism / The Most Unusual Churches in the World / St. Basil’s Cathedral


St. Basil's Cathedral is an Orthodox church, located on the Red Square, Moscow. It is a famous Russian architecture monument. It was usually called the Trinity as the original wooden temple was dedicated to the Holy Trinity till the XVII century. It was also known as "Jerusalem".

Currently, St. Basil's Cathedral is a branch of the State Historical Museum. It is included in the List of the World Heritage Sites in Russia.

St. Basil's Cathedral is one of the Russia's most famous landmarks. It is a symbol of Moscow, the Russian Federation for many people. The bronze monument to Minin and Pozharsky is situated in front of the cathedral since 1931.

St. Basil's Cathedral was built in the 1555-1561 years by order of Ivan the Great to commemorate the conquest of Kazan and the victory over the Kazan Khanate. The central church was consecrated in the honor of the Holy Virgin. Coincidentally, Ivan the Great took Kazan on the night of Intercession day.

There are several theories about the creators of the cathedral. According to one version, the architect was the famous Pskov master Postnik Yakovlev.He was nicknamed Barma. According to another well-known version Postnik and Barma are two different architects, both involved in the construction industry.

According to the third version, the cathedral was built by an unknown master from Western Europe, supposedly Italian. Hence such a special style combines traditional Russian architecture as well as European art of the Renaissance. But this version did not find any clear documentary evidence.

According to a legend, the Cathedral architect was blinded by the order of Ivan the Great, so that he could not build another similar temple. However, if the author church is Postnik, he could not be blinded, because he was implicated in the creation of the Kazan Kremlin a few years after the cathedral construction.

The church St. Basil was added to the temple in 1588. Architecturally the church was an autonomous building with a separate entrance.

Originally the domes were hooded, smooth, made of German hardware. The metal was tin-plated, so the domes seemed to be made of silver.

The curly head of the cathedral appeared at the end of the XVI century. They came to replace the original cover, burnt in a fire in 1595. They were colored in green. There wasn’t a special technology of creation colored domes, so they were covered only with copper. But the domes became multicolored only at the end of the XVIII century.

There were significant changes in the appearance of the cathedral in the second half of the XVII century. The upper open gallery surrounding the church was covered by the arch. The porches, decorated with tents were built on the white stone staircase. The external and the internal gallery, the platforms and the porches railings were painted with herbal ornament. These upgrades were completed by the 1683 year. The fires, which were frequent in the wooden Moscow, harmed strongly the St. Basil's Cathedral. That’s why the repairs began at the end of the XVI century. Such works changed inevitably their shape in accordance with the aesthetic ideals of each age for more than four centuries of the monument history. The cathedral documents for the 1737 year, were mentioned for the first time by the architect Ivan Michurin. The work of the cathedral architecture restoration, after the so-called “Trinity” fire from 1737, was carried out under his guidance. The following complex repairs in the cathedral were carried out by the order of Catherine II in 1784 - 1786 years. The architect Ivan Yakovlev led them. The architect William S. Soloviev carried out the cathedral restoration in 1900 - 1912 years.

The cathedral has ten domes. Nine are situated under the cathedral and one is located under the bell tower. St. Basil's Cathedral is a balanced ensemble of eight, pillar-like churches. It surrounds the ninth, that is the highest temple, crowned with a tent. Each of the eight churches is named after the saint whose day has occurred in one or another important event of the Kazan campaigns of Ivan the Great. The central church is dedicated to the Intercession of the Theotokos holiday. Kazan was taken by storm on this day. The limits were interconnected by a system of transitions.

The pillar-like churches topped by onion shape domes. The architectural decoration of one of them doesn’t repeat the others. Each dome is decorated with cornices, windows and niches. The cathedral creates a sense of festivity and elegance. St. Basil's Cathedral was the tallest building in Moscow until the late 17th century, when a bell tower was built on the Kremlin territory. The cathedral is 60 meters high.

St. Basil's Cathedral is the visit card of Moscow. This building is in the balls with snow, it is printed on t-shirts, souvenir plates and used in Hollywood movies about spies. Its flashy appearance is more compatible with the modern Russia, the oligarchs and the grandiose ambitions than ever before. Looking closer to it, you’ll see that St. Basil's Cathedral is the craziest national symbol in the world.

Write your Review on St. Basil’s Cathedral and become the best user of Bestourism.com 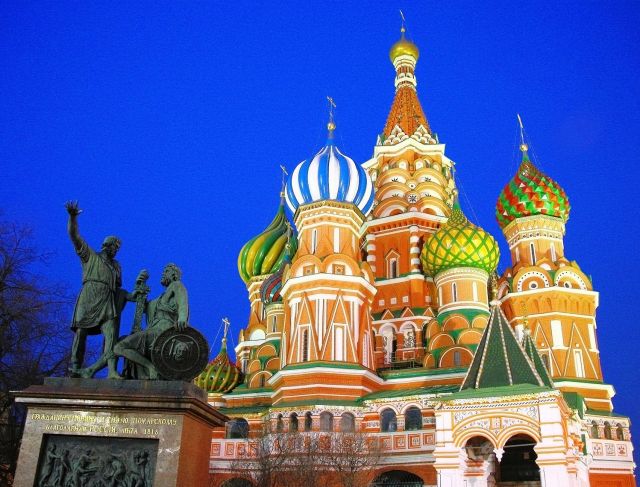 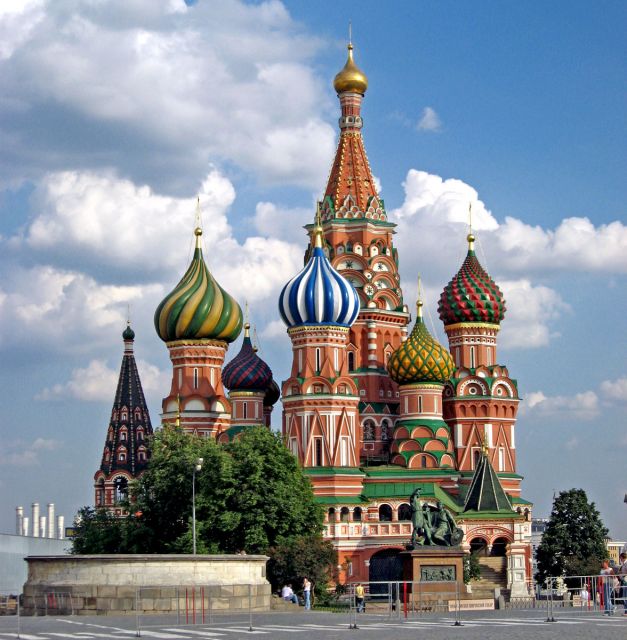 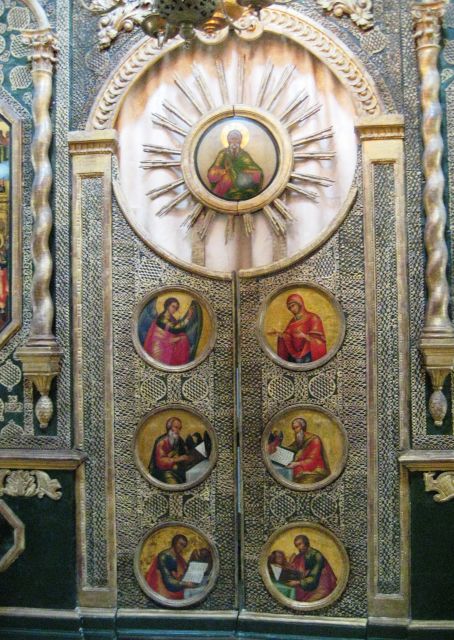 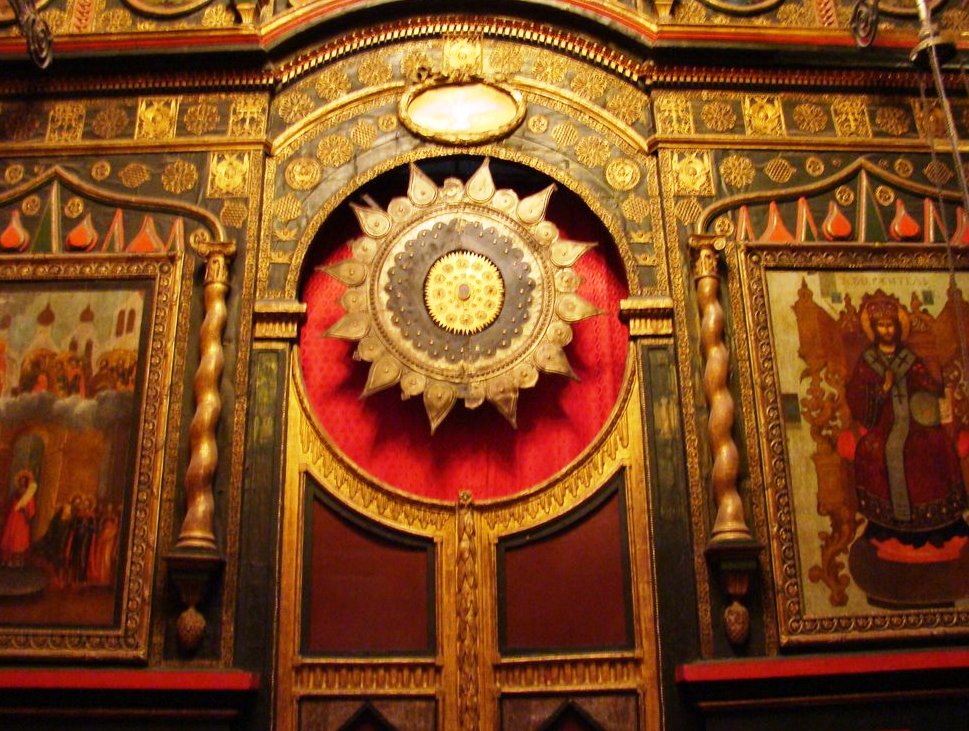 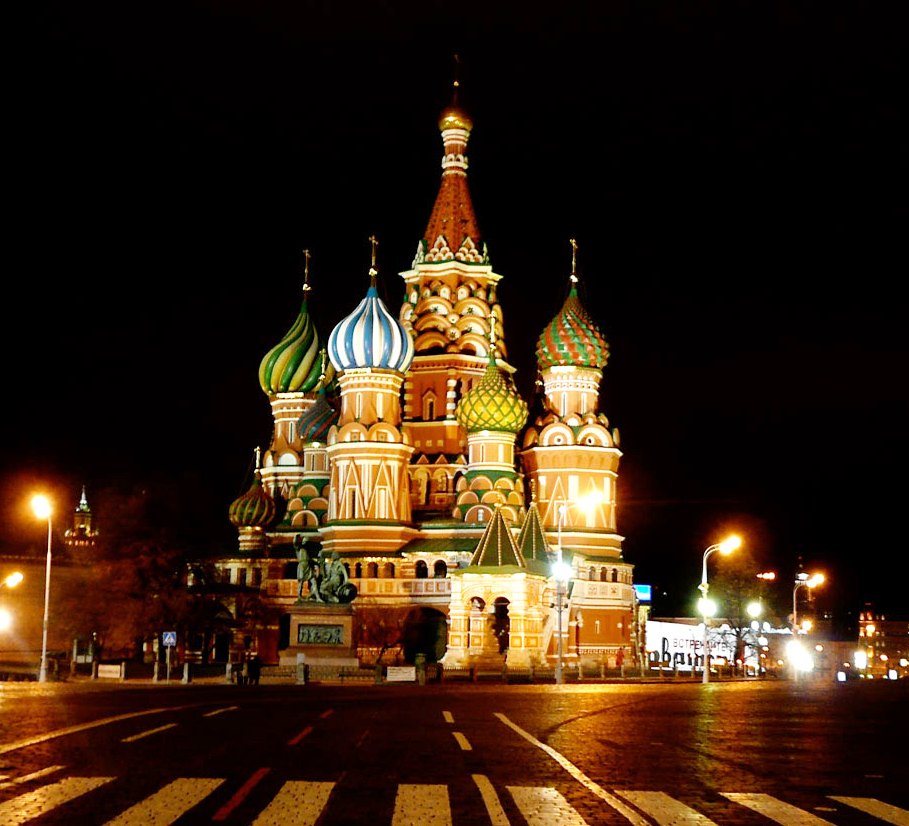 St. Basil’s Cathedral - During the night