The Kaufmann House in Palm Springs, built by Richard Neutra, is one of the most famous works of the architect. It is also one of the most influential and the most important example of 20th century art and architecture of North and South America.

Edgar J. Kaufmann, the owner of the Fallwater House in Pittsburgh, commissioned Frank Loyd Wright's famous house over a waterfall in 1930. He decided, ten years later, to build a villa in California. He planned to spend the winter months there.

The home changed several owners and the architect's design was distorted by various additions after Kaufman's death in 1955. Its current owners, the couple Harris decided to visit the famous monument and found that it was for sale for demolition in 1992. In the Palm Springs Modernism the Spanish colonial style was not very popular. Moreover, the house at that time stood empty for three and a half years. Chet Harris bought the house for $ 1.5 million. He handed a full scientific restoration of the building and bought additional land around it, restoring the original ensemble of Kaufman ownership. After the divorce, the spouses’ home was put up for sale, but at other conditions. The starting price was of 15 million. An auction gave 16.8 million dollars for it, but then the deal fell through because of the buyer fault. The building was again put up for sale at a charge of $ 12.95 million in October 2008.

Write your Review on The Kaufmann Desert House and become the best user of Bestourism.com

Maps of The Kaufmann Desert House 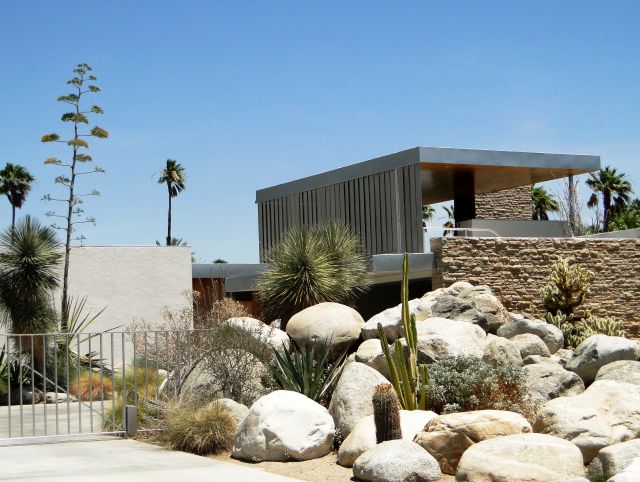 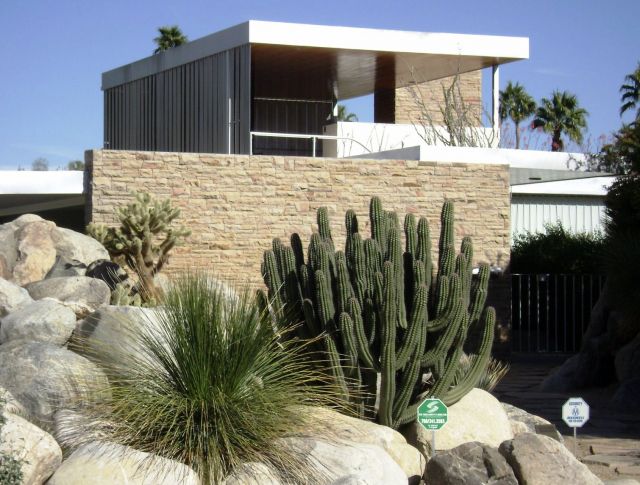 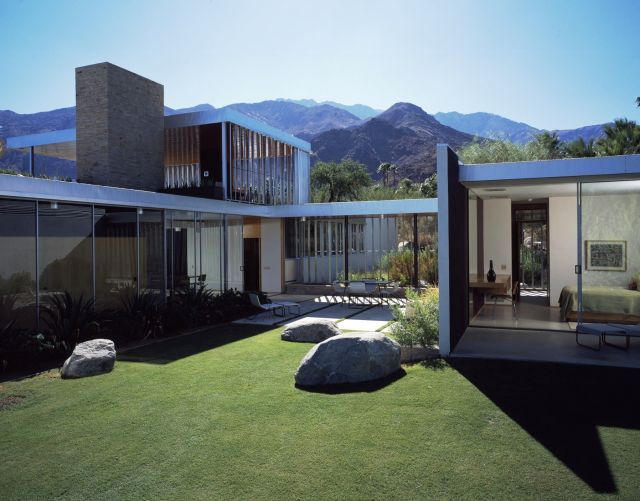