The Stone House is located in Fafe mountains in northern Portugal. Dating from 1974, it was originally a holiday home of an engineer from Guimarães. The builder was inspired by the space between four blocks of stone, which he joined by walls. The interior is very spacious and it is decorated in rustic style, although the outside doesn’t show it.

The house was the target of repeated theft and vandalism because it is isolated. Its unusual design attracted many curious visitors who looked through the windows and tried to enter uninvited. The house was owned by a certain Vitor Rodrigues last year. He mounted massive security doors and bars on the windows to protect him and the house.

Write your Review on The Stone House and become the best user of Bestourism.com

Maps of The Stone House 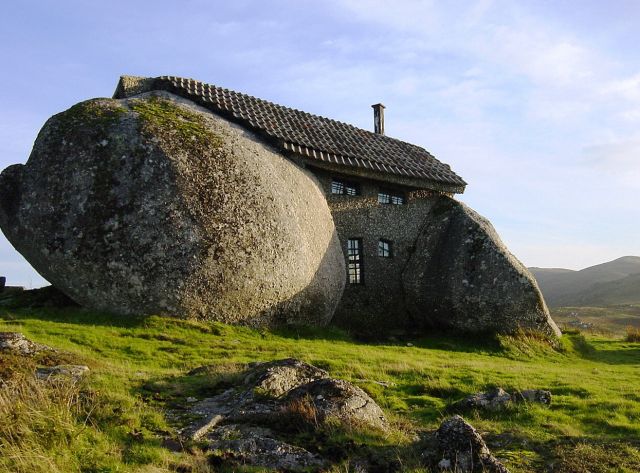