It is not a tourist attraction, but it is the dream house of the famous Italian fashion designer Pierre Cardin. It is situated on the French Riviera, near Cannes. Known as the "Palais Bulles", the bubble house in Théoule-sur-Mer was originally designed by the Finnish architect Antti Lovag for a French industrialist. Its futuristic design with arched windows was designed to exploit the spectacular volcanic landscape within the Côte d'Azur and the unique beauty of the Mediterranean.

The house was acquired by Cardin in 1989 by the auction house Sotheby's. He paid the amount of 50 million francs for it and the interior was designed by himself. The house has an area of 1200 square meters, 10 rooms decorated by famous designers, a reception hall for 3,500 people, an outdoor amphitheater and over 8,500 square meters of lush gardens. By a strange coincidence, Cardin himself introduced in fashion the haute couture dress called "bubble dress" in 1954. The French designer affirms that the circle is the symbol that he used all the time in his creations. The sphere is the mother’s womb and the center of the world. The house is not opened for the public, instead it is the indisputable architecture of a star and the interior of many design magazines. Pierre Cardin is extremely proud of his unusual house.

Write your Review on The Bubble House and become the best user of Bestourism.com

Maps of The Bubble House 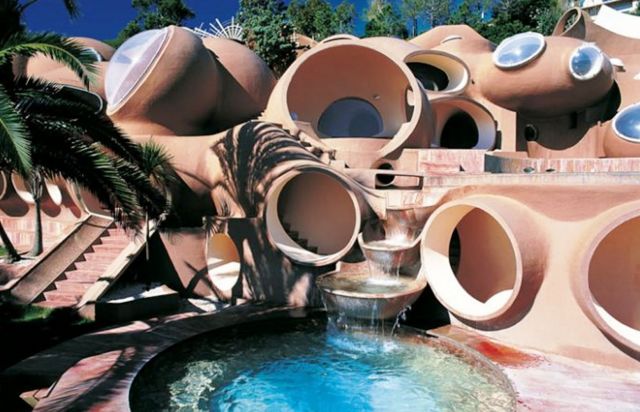 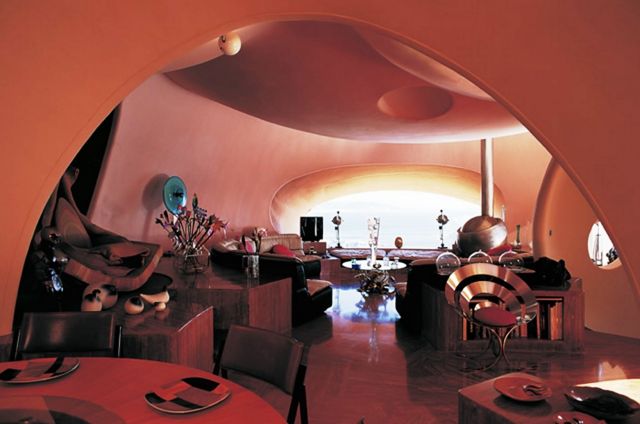 The Bubble House - The house interior 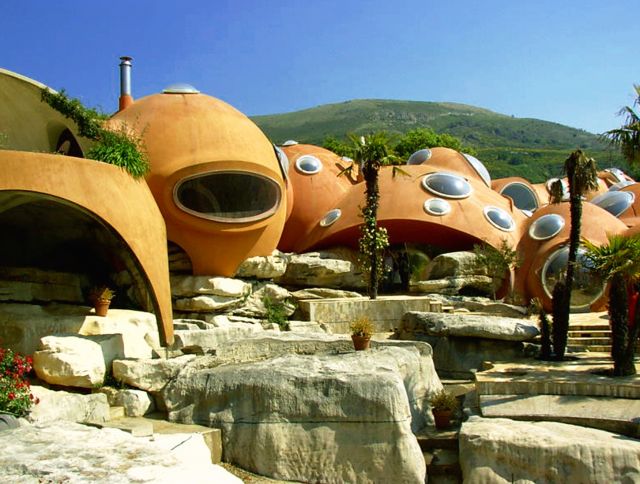 The Bubble House - An unusual house