The Trollstigen is a part of the Norwegian national road RV63, connecting the cities Ondalsnes in the commune Rauma and Valldal in the commune Norddal. This road was opened by King Haakon VII on July 31st, 1936 after 8 years of construction. Even today, the Trollstigen is an example of engineering design and art. You have to make 11 sharp turns ascending the road. There is a bridge over the waterfall Stigfossen in the middle of the climb. There is a large parking lot and a lot of souvenir shops at the top, 858 meters above the sea level. The observation platform is located a few minutes walk from the parking lot. It is 180 meters height. You can admire the views of the Trollstigen and the waterfall Stigfossen from this platform. The road ‘s width does not exceed 3.3 meters in some places. It is prohibited to drive a car that is longer than 12.4 meters here.

The Trollstigen is closed to travel in the autumn and winter. Normally, this stretch of the road opens in late May and closes in October, but these dates may shift depending on the weather. The road had been repaired in the summer of 2005. About 16 million NOK were spent for the protection against the rockfalls and drivers security during that repair.

There was a fair on Devolde in Romsdalen in the period from 1533 to 1875. It was the main reason for the inhabitants of the valley Valldal wanted to have more convenient access through Trollstigen. The Romsdalen people also were interested in the construction of the roads in Valldal. Eight miles of the road were laid from Veblungsnes to Kvernbrua in Isterdalen in 1891. Then it went to Knutseter, located deep in the valley. The Gryutten and Nordahl county government agreed to ask for the plan development and roads construction through the mountains in the same year.

The Trollstigen is one of the most popular and most visited tourist destinations in Norway. It is located in the northern part of the western Norway (Vestlann).

Write your Review on The Trollstigen Road and become the best user of Bestourism.com

Maps of The Trollstigen Road 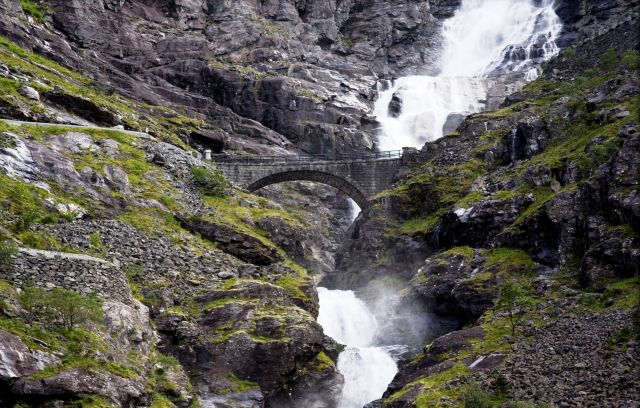 The Trollstigen Road - The waterfall Stigfossen 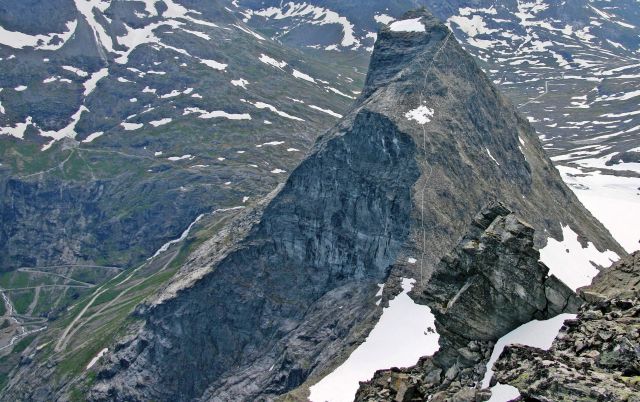 The Trollstigen Road - A mountain

The Trollstigen Road - An amazing bridge