San Francisco, as it is known, stands on the hills. And there is the Lombard Street in the city. It is a 27-degree hill and it has eight "critical" turning. That does not make the Lombard Street, the street with the steep descent (in Vermont, there is a road with the steepest descent, but it has only seven turns, and it is less picturesque), but it was awarded with the title of “the most winding street of America”. As a landmark it enjoys the well-deserved tourists attention.

The Lombard Street is obliged for its tortuous to a certain Carl Henry, who realized, in 1922, that the hill is too steep for most vehicles and dangerous for pedestrians. Thus, in 1923 the slope was defeated by the construction of the section with twists and turns.

The local authorities had nearly shut down the Lombard Street for the vehicles in 2001, but, analyzing the situation, decided to make it one way (downwards) road, limiting the speed to 10 km / h and prohibiting the parking.

During its existence, the Lombard street was used more than once in movies and advertising, parody, it was recreated in video games (such as Grand Theft Auto: San Andreas).

Write your Review on The Lombard Street and become the best user of Bestourism.com

Maps of The Lombard Street 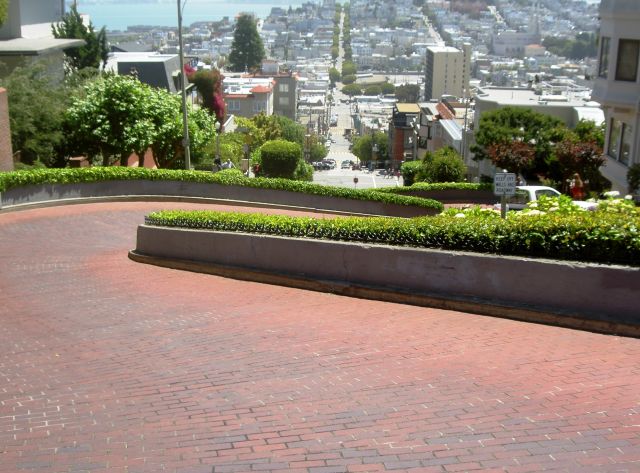 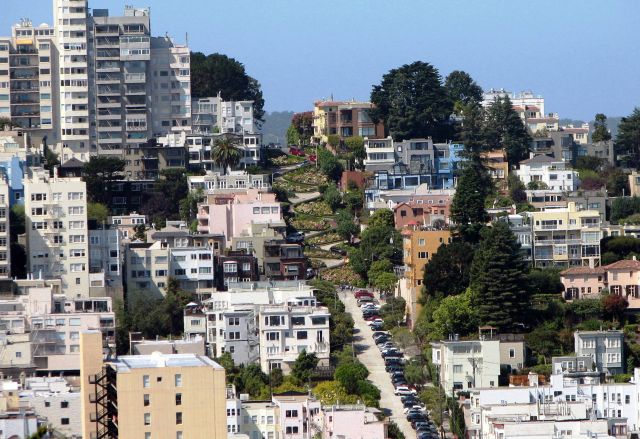 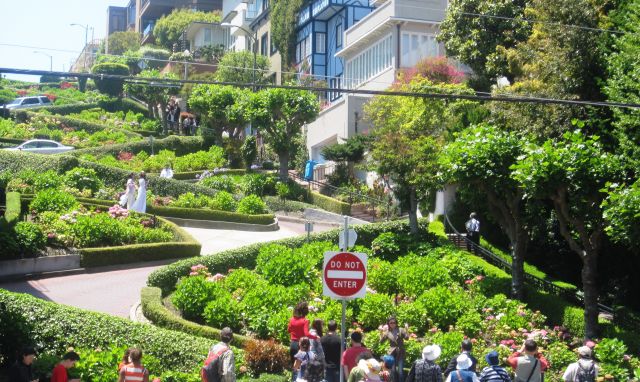 The Lombard Street - Crowds of tourists 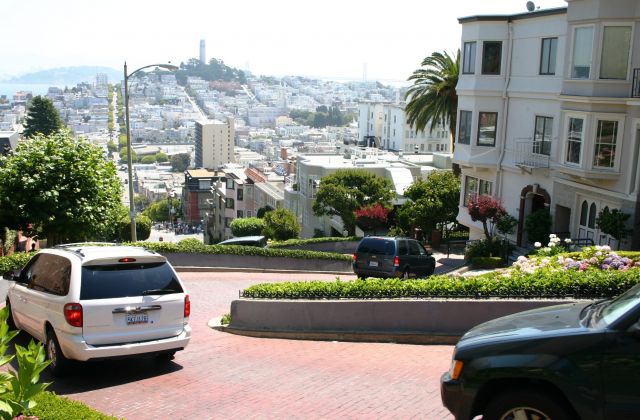 The Lombard Street - A column of cars