The Gotthard Pass-mysterious road in Switzerland


The Gotthard Pass represents a significant north-south trans-Alpine route situated in Switzerland. The road built over the pass, the rail tunnel, the motorway tunnel and a new Rail Base Tunnel unites the  northern and the southern part of  Europe, and connects the northern part of Switzerland with the Ticino vacation region.

The Gotthard area does not represent only the meeting-point of  four linguistic and cultural regions of the country but it is also home to some majestic rivers such as the Rhine, Rhone, Reuss and Ticino.The incredible pass forms the watershed between the Mediterranean and the North Sea.
For a long period of time the granite peaks of the Gotthard Massif were wrongly considered the highest elevations of the Alps. But the real reason why the Romans avoided the Gotthard route was not the pass itself, but actually the Schöllenen Gorge  which was considered impassable.The pass was finally crossed when the first Devil's Bridge was erected at the beginning of the 13th century. Muleteer trading on the Gotthard began to prosper, to be developed,bringing affluence to this poverty-stricken region. The pass  was transformed into one of the most important Alpine crossings of its kind..
The first road that was built over the pass was finally opened in 1830, ushering in the stage coach era. The opening of the road was followed in 1882 by the opening of the railway line all the way through the Gotthard, with its wonderful loop tunnels at Wassen and the Gotthard Rail Tunnel which is 15 km long.The works on the constructions took 177 human lives.
The motorway tunnel started to operate in 1980, and due to this fact the road over the pass lost much of its importance, but it still is and will remain a famous destination for cyclists and tourists with cars. The Gotthard Museum is beautifully designed at the top of the pass,with exhibits about the development of the pass and about the transit traffic.
Many people drowned when tried to go through the turbulent waters as the snow melted in spring and summer. A bridge was planned there as in  many other regions that have this problem. According to  the legend  the devil would build the “Devil’s Bridge” if the first person to cross was surrendered to him. However when the bridge was constructed, the Devil was tricked out of his victim. The devil was so furious  that he tried to smash the bridge with a massive rock. But an old woman broke the Devil’s plan  drawing a cross on the rock so he could not lift it. The rock stayed there until it was removed in 1977 to make way for the new Gotthard road tunnel. So this road is a magnificent attraction and a very spectacular drive, surprinsing all its tourists with its glorious past and misterious legends. It is worth to be visited and experienced.
Sponsored Links

Write your Review on The Gotthard Pass-mysterious road in Switzerland and become the best user of Bestourism.com

Maps of The Gotthard Pass-mysterious road in Switzerland 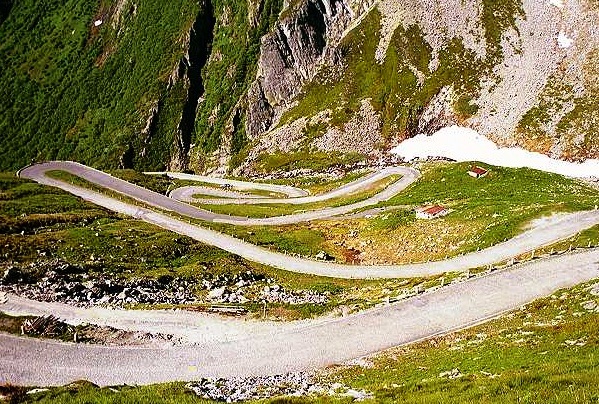 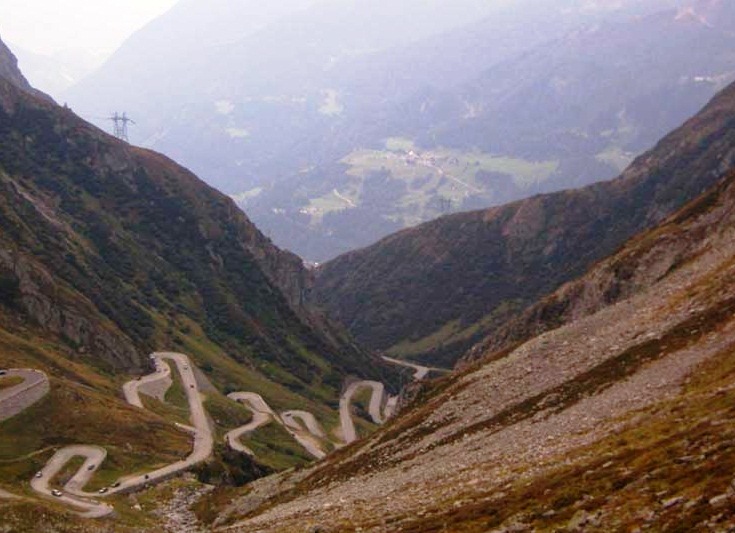 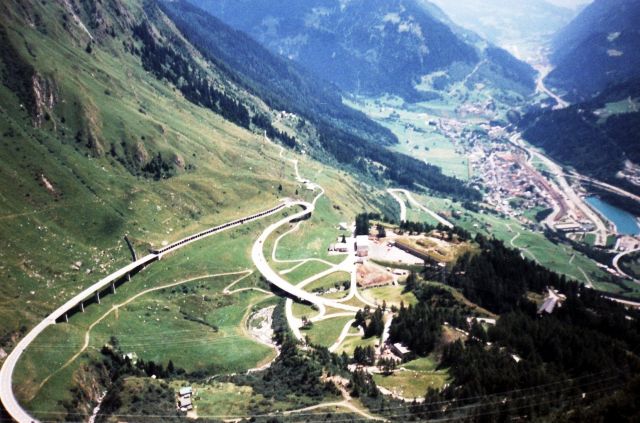 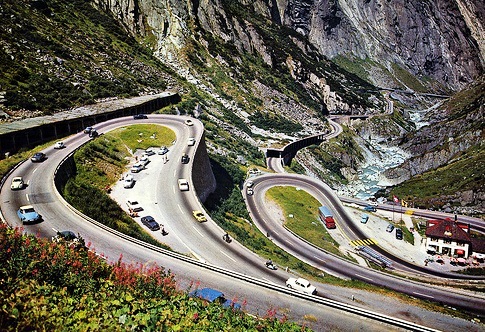 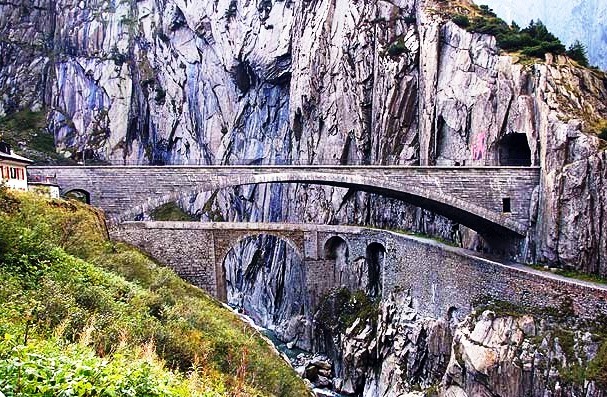