Destinations / The best places to visit in London, United Kingdom / Houses of Parliament


Houses of Parliament is an imposing building on the banks of the Thames and a major London tourist attraction known as the Palace of Westminster. The building is located on the site where Edward the Confessor ordered the original palace built in the first half of the eleventh century.

Royalist resistance in 1547 moved to Whitehall Palace, but the Lords continued to meet at Westminster, while the House of Commons meeting in Chapel of St. Stephen. Since those ancient times, the Palace of Westminster was the English Parliament house. In 1834 a fire broke out and managed to destroy much of the old palace, all that remained was the chapel crypt, tower and Westminster Hall. Westminster Hall was saved even by Lord Melbourne, Prime Minister of that time, requested that the extinguishing pumps to be located right in the room and personally oversaw the extinguishing operation.
Renascestist Gothic architectural masterpiece that you can see today was built between 1840 and 1888 by Charles Barry who designed the building so as to match Westmister Abbey which is in close proximity. The two imposing towers, well-known tourist attractions in London are the clock tower of Big Ben and Victoria Tower on top of which flag is flown when Parliament is in session. Many Victorian interior arrangements are created by Barry assistant Augustus Pugin.
Westminster Hall Entry is permitted only with accompanying guide. Hall can be seen from the terrace above St. Stephen. Westminster Hall measures 73 feet long and 18 meters wide and dome-shaped roof is of oak. This will make things Westminster Hall to be one of the most imposing medieval halls in Europe. In this place full of nobleness and history were held bacheturi occasion of coronation ceremonies until 1821. The High Court of England was here until the nineteenth century. Statue of Oliver Cromwell who resides outside the room, remember that in 1653 he was appointed Lord Protector.
To get to the upper chambers of Westminster Hall, tourists must pass through the huge wooden doors of St. Stephen's Hall. Walls and ceiling are decorated by Barry nearshore / offshore project to replace the medieval chapel that encompassed the House of Commons until 1834. Then comes the central lobby whose walls are inlaid in Latin mottos. This is where members of Parliament meet with their supporters or between them and where is? Lobbying? for some laws and ideas. That lobby can reach the House of Lords or the House of Commons.
House of Commons was destroyed by an incendiary bomb in 1941. Reconstruction after the original design of Barry took the Chapel of St Stephen, the old place where the House of Commons meeting, was carried through in 1950. The way they are placed in the House of Commons seats, a chorus reminiscent of the settlement. Ruling party members stand in front of banks, while the opposition and its most prominent members are the exact opposite. Distance between banks is marked on the floor with red stripes and is exactly two sword lengths and one leg. Members of the House of Commons are not allowed to cross these lines, thus ensuring that the debate takes place in a civilized manner. In the center, the House of Commons floor mass is found, here is the one who placed the scepter shall chair the meetings of the Chamber.
House of Lords is decorated with golden and red and has all the grandeur that anyone really could expect from such a room. Here in the House of Lords, Her Majesty the Queen came to open the parliamentary session in November of each year. Golden throne which dominates the room, which is the Queen you speech opening the parliamentary session. Lord Chancellor sits opposite, the well-known? Bag of wool? - A bright red cushion stuffed with wool high. Lord Chancellor sits on the bag of wool to meet a tradition that dates back to medieval England when the product that it exports the largest quantity was wool.
Sponsored Links

Write your Review on Houses of Parliament and become the best user of Bestourism.com

Maps of Houses of Parliament 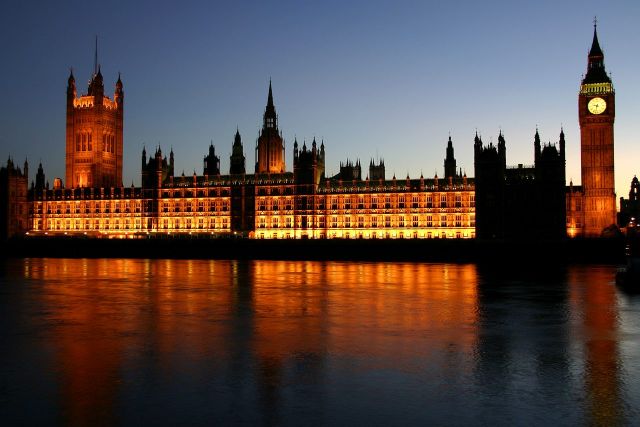 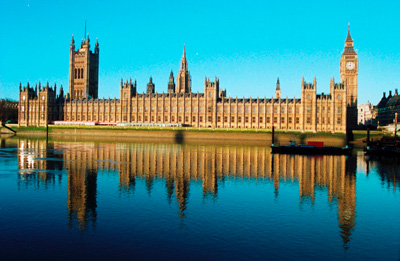