Vancouver is, for the fifth year, the head of the ranking of the best cities to live, according to an annual study published by the Economist Intelligence Unit (EIU).

Vancouver, a city located on the west coast of Canada, where the Winter Olympics in 2010 took place, received a score of 98% in terms of stability, healthcare, culture, environment, education and infrastructure. The score remained unchanged from the last year too. The "medium-sized cities of developed countries with relatively low population density tend to have high scores because of all cultural and infrastructure advantages offered, along with fewer problems crime and traffic congestion, "said Jon Copestake, editor of the EIU report. Vancouver is located on the west coast of Canada, in a beautiful bay at the foot of the North Pacific. It is the third largest city in Canada with a population of 2.433 million people and the most densely populated place of British Columbia.

Considered one of the most picturesque cities in Canada, it is surrounded by dense pine forests, snow-capped mountains and fjords. There are 20 bridges crossing the city’s many rivers, three of which being mobile. It is certainly one of the most beautiful cities in the world . There are also vast beaches and lush parks and magnificent architecture. Tourists from around the world are attracted by the comfortable hotels, museums, shops, restaurants and sports facilities here. Vancouver is part of a unique ecosystem of the temperate rainforest. Being the Canada’s gateway to the Pacific Ocean and the third largest city in the country, Vancouver is blessed with one of the most beautiful landscapes in the world. The ocean and the mountains which surround the city and the expanses of the trees cover the city. Vancouver is also a place to start exploring British Columbia, from the islands and the fjords of the Pacific Coast to the mountains, located in the southeast corner of the province , where the Fraser Valley meets the Georgia Strait.

The beauty of the natural environment and the role of the city is a heaven for former hippies and cultural anarchists. It is not surprising that organizations such as Greenpeace and Adbusters appeared here. But Vancouver is also the cultural and the commercial heart of the West Coast of Canada and a major tourist destination. Vancouver is often called 'Lotusland' by other Canadians, its temperate climate and reputation of relaxing location. The city boasts outdoor recreation options - kayaking, skating, mountain biking and snowboarding - which attract millions of visitors to the city and its surrounding areas.

The historic Gastown and Yaletown areas are located in the center city on the modern Burrard peninsula, the residential area the West End and Stanley Park with trees and cedars are located in the west. The Lions Gate Bridge links the city, The North part of Vancouver and the Shore Mountains to the north over the Burranrd Creek. The Great Chinatown and the multicultural area are in the east, while the False Creek and the Granville Island separate the southern city from many other public cities. Many multi-ethnic communities enliven the city, from excellent restaurants, up to a diverse program of cultural events. Many streets follow the curves coast, connecting the various neighborhoods of Vancouver and Kitsilano and the West End, where cafes and watching passers-by are common. The Lower Mainland was originally home to various First Nations peoples (belonging to the Coast Salish linguistic group) when George Vancouver explored the area in 1792. In the 1820s, European settlers established a trading point in Fort Langley fur and salmon, the east of Vancouver today. Gold rushes in 1858 bolstered the local population.

The town itself grew around a sawmill and the transcontinental railway terminus point. For a time the city was called Granville, but in 1886 it was renamed Vancouver. The city's economy was partly based on resource industries (mining and timber) and on transport of goods from the terminus for ships that sailed ocean for a long time . Tourism is growing, especially after Expo 86 and after the increasing popularity of Alaska cruises, departing from the Terminal Canada. The attention to the city grew, with the Paralympic Games and with the 2010 Winter Olympics Games. There are civil projects that will make Vancouver a city even more welcoming to visitors by 2012. Vancouver enjoys a maritime climate with mild winters and hot summers, which ensures a great atmosphere to the city throughout the year.

Although winters can be very rainy, the summers are sunny and there are prolonged periods when visitors can explore the natural beauties of the region. Snow rarely falls in the city, but the mountains of the north are just right for the winter sports.

Write your Review on Vancouver and become the best user of Bestourism.com 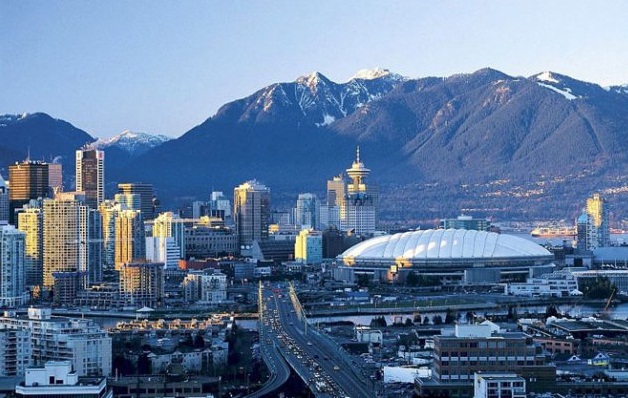 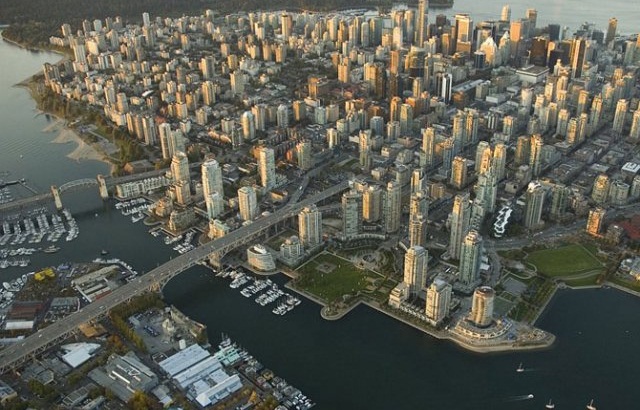 Vancouver - Best city in the world 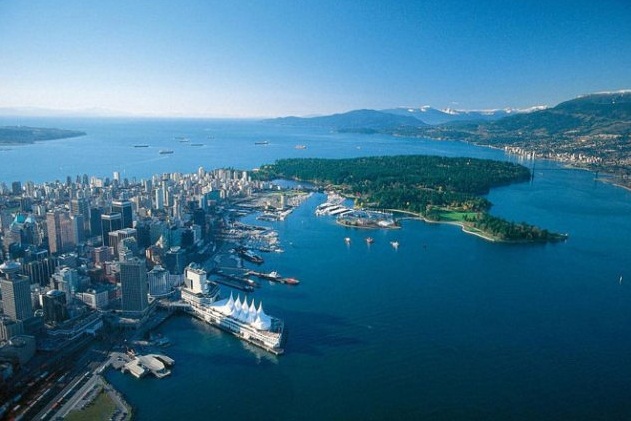 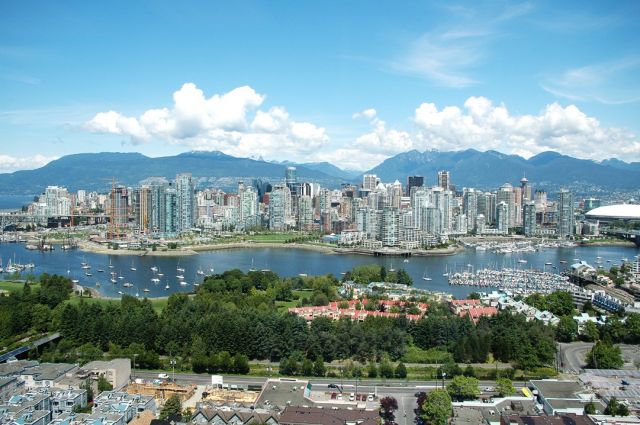 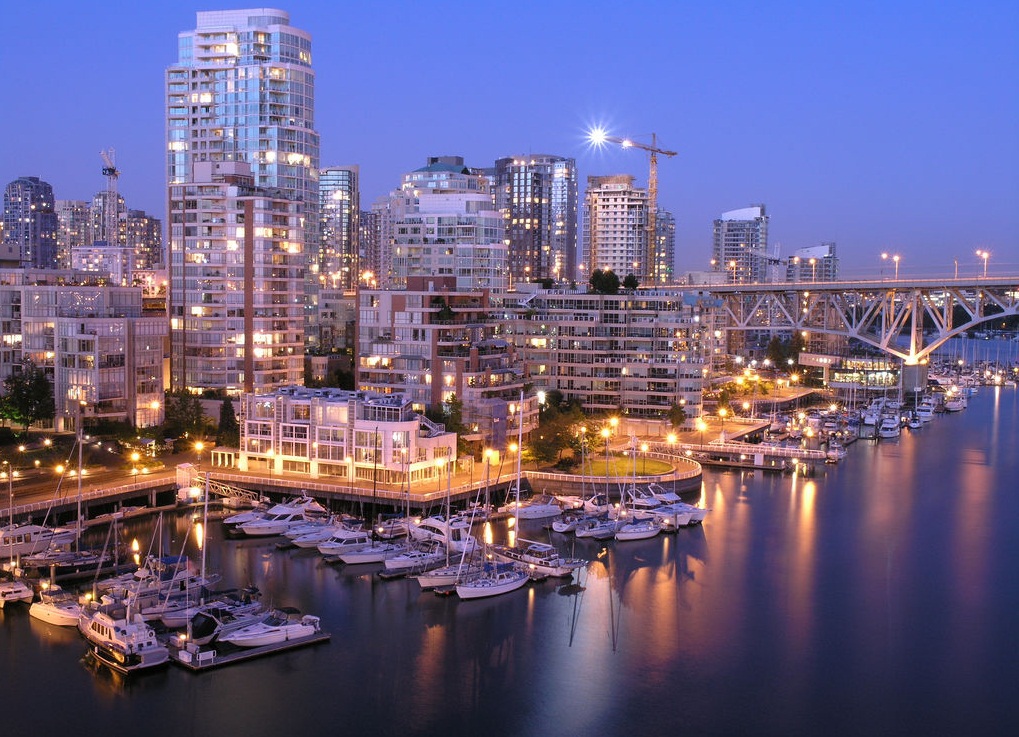 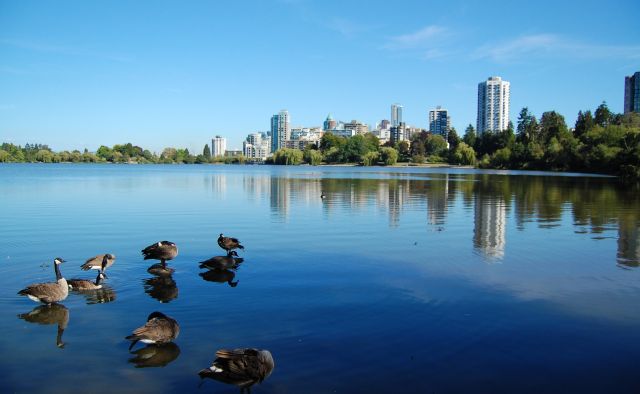 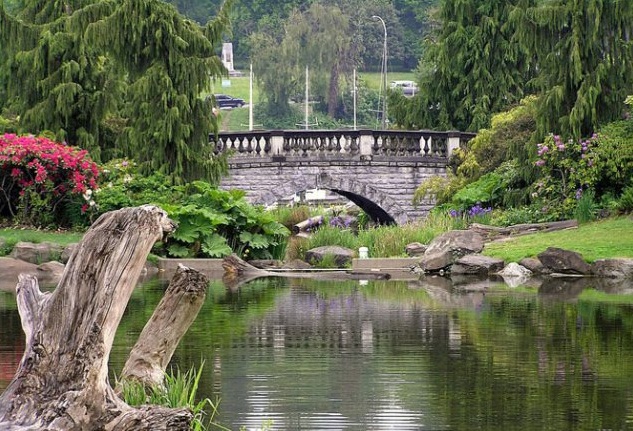 Vancouver - Most livable city in the world