Destinations / The Steepest Roads in the World / Baldwin Street


The Baldwin Street is beautifully located in the city of Dunedin, in the southern New Zeeland. The street  received the name of being the steepest street in the world. This 350 meters long street starts with a moderate slope and then climbs steeply reaching a maximum slope of about 19 degrees. The Baldwin Street is so steep that its surface had to be made of concrete instead of asphalt, because on a very hot day the tar would flow down the slope. The city was established during the 1860s gold rush, and represents a  rare place — a city where all the historical masterpieces are located within walking distance.

Carefully rigged by Maoris, Scots and Chinese, the city nowadays is the second largest city in the South Island and home to some of the country’s most wonderful architecture. The tourists  are advised against taking a car up the street. It is a very exciting walk to the top on a cold day. It is only a ten minute walk but people can surely feel it, offering a great experience. The slope of the Baldwin Street reaches a maximum of approximately  19° or 35%, for every 2.86 metres walking horizontally, the altitude goes up to one meter.
It represents a short straight street of a little under 350 metres in length, that rises from 30 metres above the sea level at its junction with North Road and reaches about 100 metres above  the sea level at the top, giving it an average slope of slightly more than 1:5. Its lower part has a moderate steepness, and the surface is asphalt, but the upper part is  steeper, and surfaced in concrete, for a better maintenance.
The ideal explanation  is that the town planners laid the city out with neat grid streets following the comfort of their desks in England with no regard to the teritorry or to natural obstacles, because the planners  have not been visited the New Zealand. The steep portion of the road itself is concreted as asphalt could definitely  during  the warmer summer months. Every year in summer, there is a race to run up and down Baldwin Street and some fans also try to venture up on unicycles.
Sponsored Links

Write your Review on Baldwin Street and become the best user of Bestourism.com 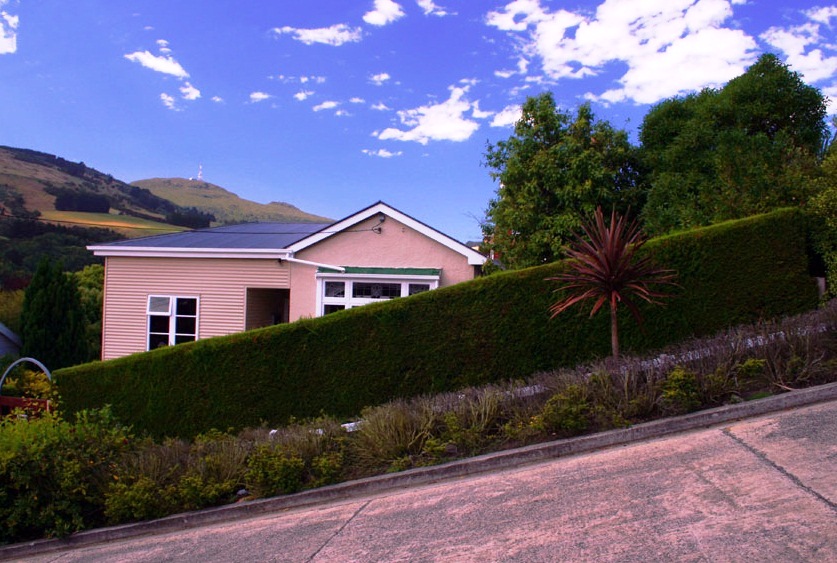 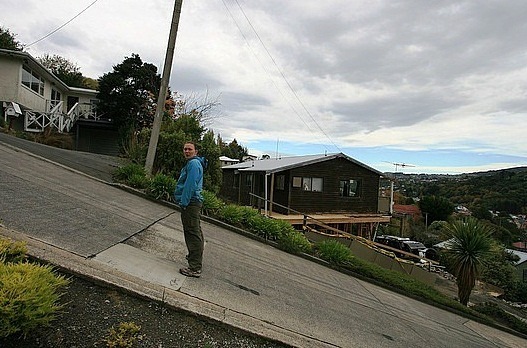 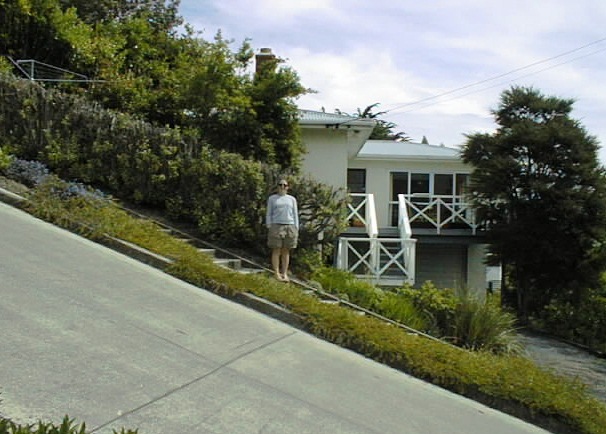 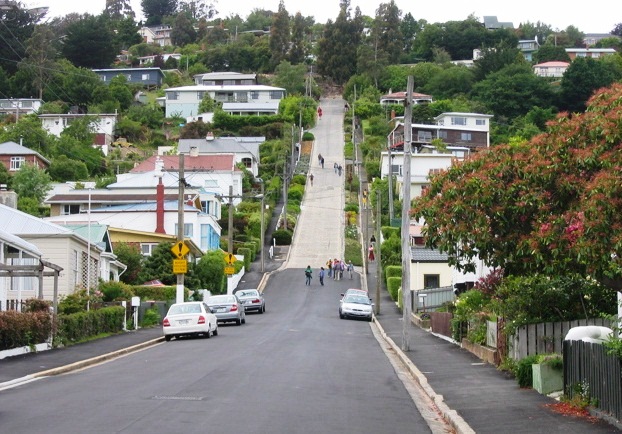 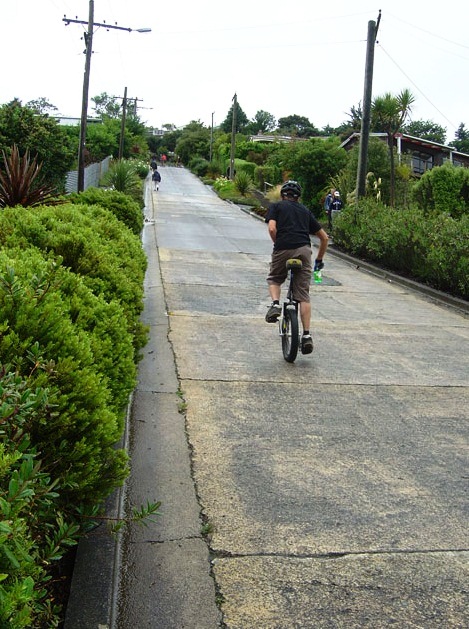 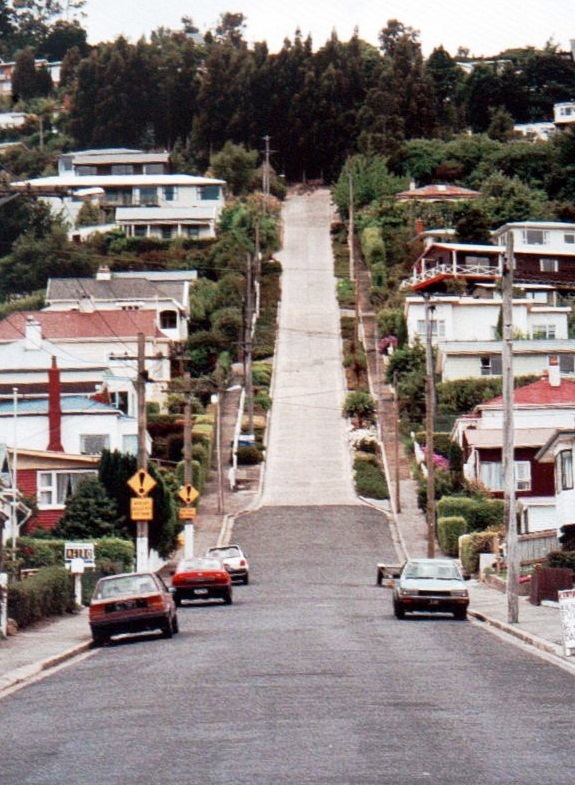 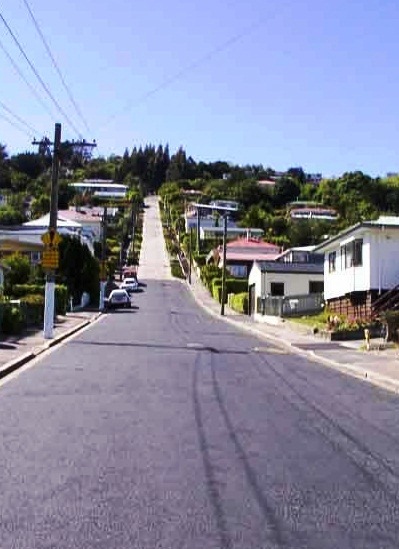 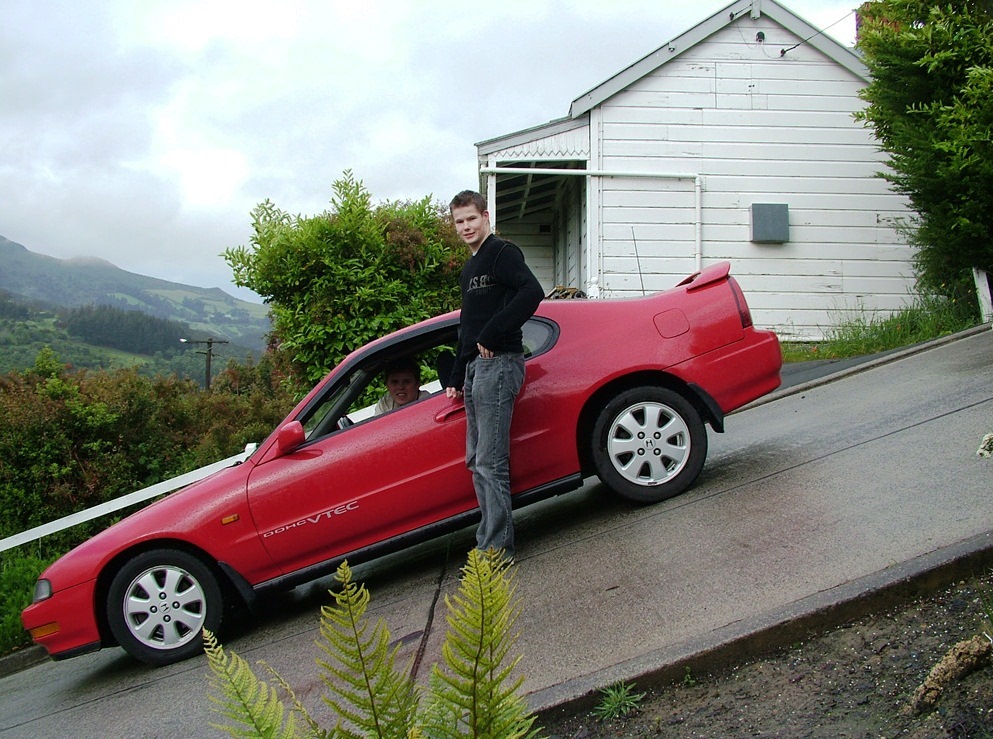