The Moscow International Film Festival,was held for the first time in the USSR, then in the Russian Federation. It has been accredited by the International Federation of Film Producers Associations. It takes place in late June and lasts for ten days. It is the second oldest film festivals of the world after the Venice Film Festival.

The History of the Festival

The first edition was held in 1935 under the patronage of Stalin. The first Moscow International Film Festival was opened by the movie "Chapayev". But it wasn’t performed during the next years. The festival revived in 1959, was held every two years, and since 1997 it is held yearly. It wasn’t performed in 1998, due to financial problems. The statue "Golden St. George" is the main prize of the festival. It is the festival of "A" Class, since 1972. The title was conferred by the International Federation of the Film Producers Associations. Since 1999 the President of the show is Nikita Mikhalkov.

The Moscow International Film Festival celebrity and influence on the world cinema process increased greatly over the past years. Its awards were honored to important artists of the world cinema as Stanley Kramer and Akira Kurosawa, Francesco Rosi and Andzej Wajda, Federico Fellini and Ettore Scola, Damiano Damiani and Krzysztof Zanussi, Gleb Panfilov, Sergei Gerasimov, Alexander Rogojkin and Bernard Blier. Claude Lellouche, a French film director, the author of the famous film "The Man and The Woman" received an honorary award for important contribution to the world cinema in 2010. It plastered the way for the movie makers, who after some years became well known around the world: Humberto Solas, Kzysztof Kieslowski and Kaneto Shindo, Istvan Szabo. The Moscow Festival honors prominent members of the actor's workshop. Jeanne Moreau and Jack Nicholson, Fanny Ardant, Daniel Olbrychski and Harvey Keitel, Meryl Streep, Gerard Depardieu, Isabelle Huppert and Oleg Yankovsky got the award named after Konstantin Stanislavsky "I Believe" for the acting work during the last period. The same prize was given to the important French actress Emmanuelle Beart in 2010.

About the statue “Golden St. George”

The Moscow International Film Festival celebrated 30 years in 2008. The Jewelry House Carrera y Carrera celebrated 10 years since it became the first official festival Goldsmith in the same year. In honor of this double anniversary the jewelers, the eminent Spanish House masters of the miniature sculpture, produced a new film. The festival main prize is a statue of "Saint George". The award is traditionally given to the winners in all seven categories, including the Grand Prix.

The Moscow International Film Festival Award is unique and has no analogues in the world according to its conceptual content and execution. This is the only award that is not a usual monolithic sculpture. The statue consists of two parts: the spear and the stone. They can be easily separated and joined again. The spear thrust into the black marble that is the base of the figurines, symbolizing the victory of St. George over the serpent. The finest miniature sculpture, recreating the famous scene of the battle when St. George on the horseback fights the dragon with a spear is placed on the top of the spear.

Saint George, the protector of Moscow, whose image is depicted on its blazon, was elected as a symbol of the Film Festival. He became a source of inspiration for Carrera y Carrera artists and jewelers. But in addition, they created a work of art that demonstrates their sincere appreciation to the Festival hostess – Moscow.

The statue surface is covered with pure 24-carat gold. The Spanish masters used their famous technique combining matte and polished gold. The spear handle base is a facet cut stone into a decorative frame. It is jewelry piece that completes the entire composition.

The Moscow International Film Festival has the aim to promote cultural exchange and collaboration between nationalities and cooperation between filmmakers from around the world.

Write your Review on The Moscow International Film Festival and become the best user of Bestourism.com 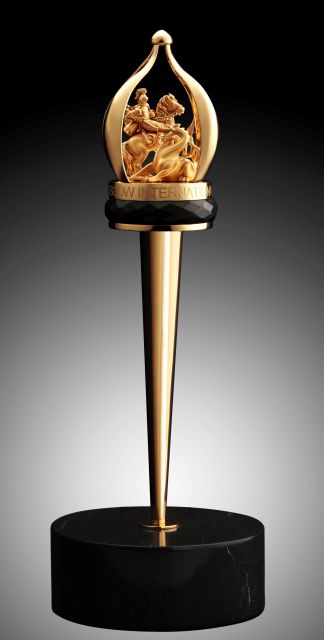 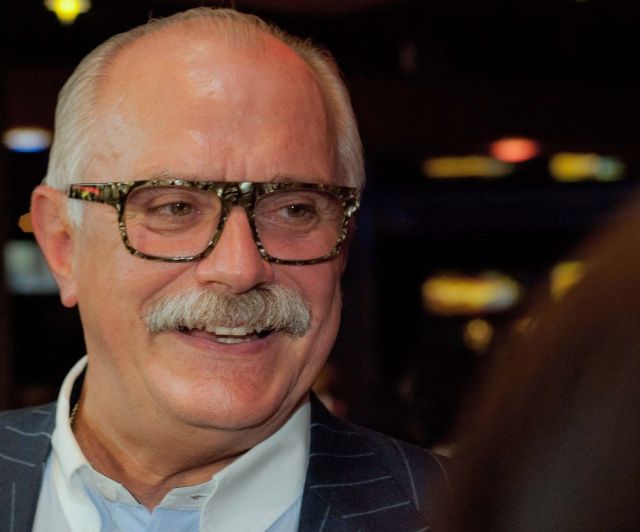 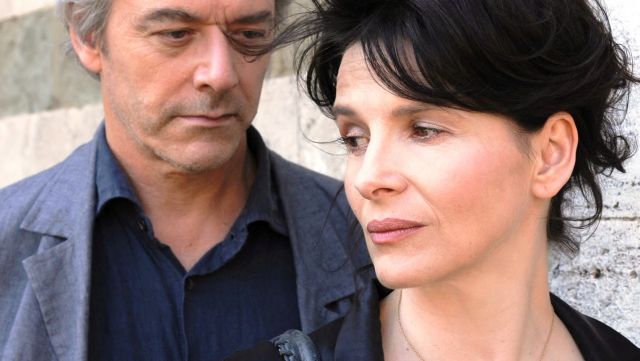 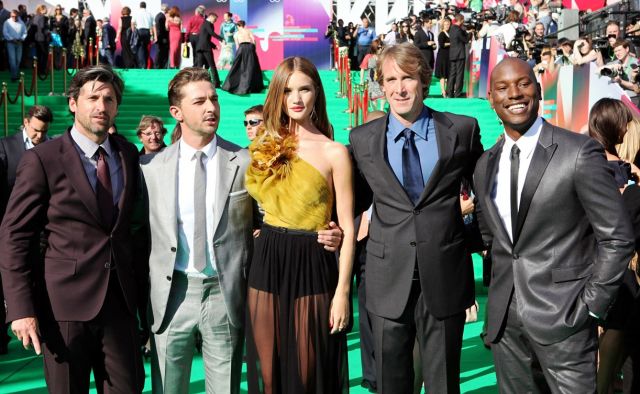