Destinations / The best Ski Resorts in Austria / Dachstein-West and Lammertal


Only 30 kilometers from Salzburg away is a ski resort , the visitor not only with a magnificent panorama of Gosaukamm and Dachsteinmassive spoils, but also with its varied and extensive winter sports pleasantly surprised.

In the foreground is not competitive alpine, but winter atmosphere for normal consumers and families . From Salzburg it is only a stone's throw to Golling, the gateway to the region Lammertal-Dachstein-West: After 45 minutes' drive from Salzburg, one is already in the center of the picturesque landscape between Tennengebirge and Dachstein.
His name has the 43 km long Lammertal of the mountain river, the splashing more comfortable here in front of him and is only in the so-called Lammeröfen (from Celtic of = gorge) seven miles west of the raging torrent Abtenau.
Who in Lammertal holiday does has a choice of beautiful ski areas with well- groomed slopes , which, depending on where you moved into accommodation, right of the door are available. And even if the snow should remain in short supply again, thanks to the snow into spring for a sufficiently thick document provided to.
In addition, there is deep snow , moguls, snowboard parks and cozy huts, the holiday fun to make. The Salzkammergut Tennengau lift pass gives access also to the more remote ski areas in Gaißau-Hintersee or on the Postalm.
The quaint little village in Lammertal have on families specifically recruited to offer their guests plenty of large and small service, fun and entertainment. Midst of the vast valley with a fascinating view of the mountains is Abtenau.
Both for experienced skiers, who can let off steam on the slopes, as for "normal consumers" and beginners can be found in the small ski resort in the Karkogel the right exit, such as the FIS World Cup route Karkogel steep downhill, the one name Alexandra Meissnitzer exit was named after the double world champion in Vail (USA) 1999.
Dachstein West
A side trip to sunny family ski area on the Postalm offers itself as well. Rußbach on the border between Salzburg and Upper Austria has agreed with the Lammertal Annaberg Gosau in the Salzkammergut and the veritable ski region Dachstein-West together. St. Martin is idyllically situated on the sunny plateau of the Lammer valley in 1000 meters height. Guests are offered in a cozy atmosphere still true Austrian tradition. There are slight to moderate slopes, snow trails , sports, hiking, and plenty of recreational facilities outside the snow-sports world, so that also Nichtpistenfahrer Nichtlangläufer and feel comfortable.
Sponsored Links 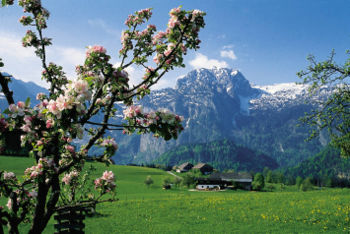 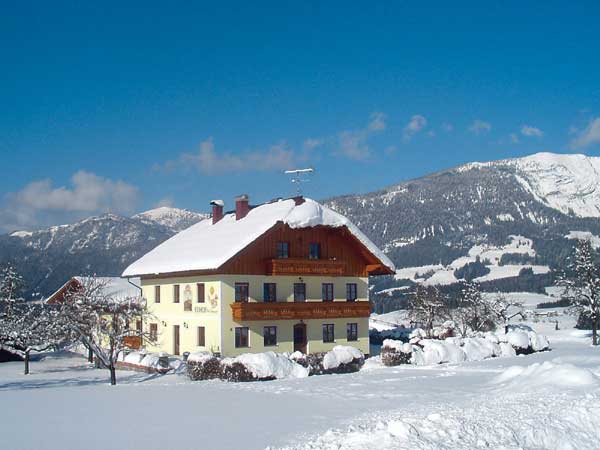