Sacre Coeur Basilica is a Roman Catholic basilica and a popular tourist attraction in Paris. It is dedicated to the Sacred Heart of Jesus. The building is located on the highest point in town. In 1873 the Paris city councilors voted a law on expropriation of land for construction of Montmartre hilltop basilica. Architect Paul Abadie designed the basilica after winning a competition against 77 other architects. It was already known for his work on the restoration of St-Front Cathedral in Périgueux.

Delays due to difficulties with the land comasa cornerstone was laid only in 1875. Abadie died in 1884 when the building foundation had just been completed. Although completed in 1914 really was not used until 1919, after the First World War. Final construction costs totaled over 40 million francs. Inside the basilica there is one of the largest mosaic in the world it depicts Jesus with arms stretched. Bell is one of the toughest in the world and weighs over 19 tons. Panoramic view from the top dome is great and covers over 30 kilometers. Since 1885 the basilica was kept in a perpetual adoration of the divinity and praying day and night, until today.
Sponsored Links

Write your Review on Sacre Coeur and Montmartre and become the best user of Bestourism.com

Maps of Sacre Coeur and Montmartre 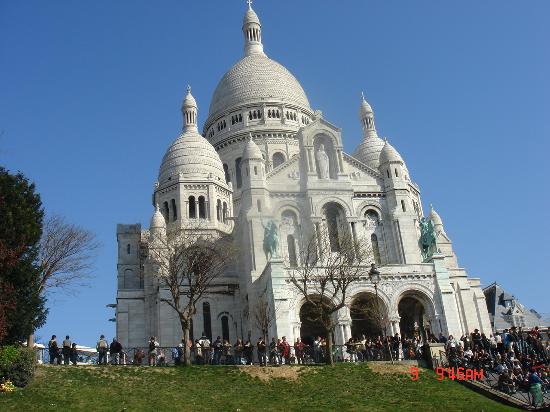 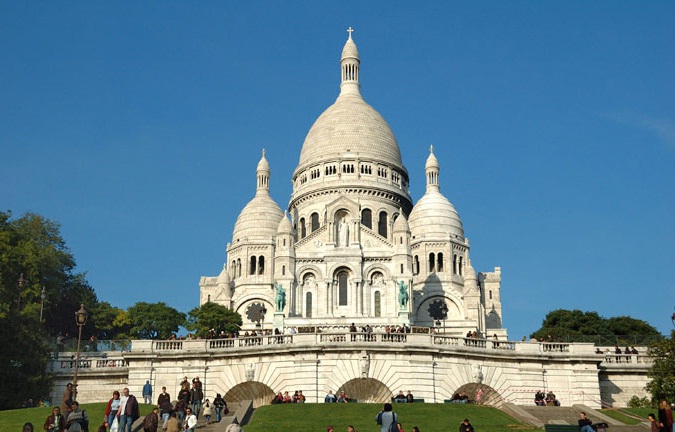 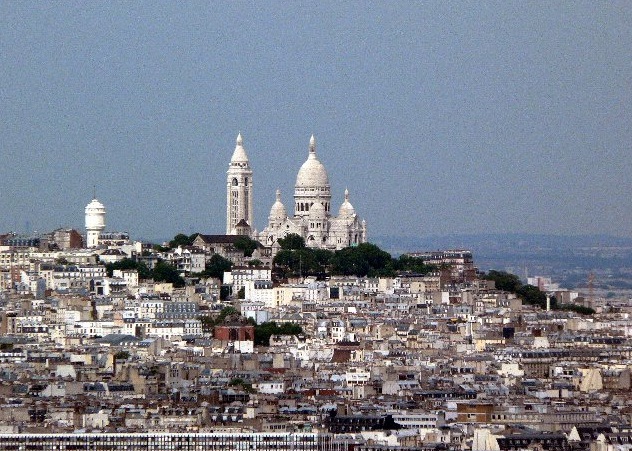 Sacre Coeur and Montmartre - Basilica view from the Eiffel Tower