Destinations / The best touristic attractions in Portofino, Italy / The Monastery of Cervara

The Monastery of Cervara


The fantastic Monastery of Cervara, or also called the Abbey of St. Jerome at the Monte di Portofino, is a monastic complex overlooking the sea. It overlooks the coast of the dolphins , in the wider Gulf of Tigullio, in the province of Genoa . The abbey, now is owned, and it is accessible from the main road leading from Santa Margherita Ligure to the beautiful village of Portofino , with a detour that takes the visitors directly to the religious structure. In the Middle Ages this place was called Silvari, from the latin word ”silvas”, that means "woods", because it was full of vegetation. The term of Silvari was later Italianized in Cervara.

Great description of the Monastery

The sacred place was built in 1361 from the idea  of Lanfranco Brass, the chaplain of Monaco Genovese and was named Abbey of Santo Stefano in Genoa . In just few years the monastery was founded  and dedicated to St. Columban Jerome. The Benedictine Monastery acquired the majestic property in 1420, after the heavy damage caused by the conflict between the Guelphs and  the Ghibellines .The structure became  soon an independent congregation of the Order parent Cassino, also incorporating the monastery of  Abbey of San Fruttuoso di Capodimonte , located near Camogli . In 1435 Pope Eugene IV started the restoration process of the monastery.
The monastery of Cervara was elected to the title of Abbey in 1546, further strengthening the structure because of violent raids and looting of pirates Saracens in the nearby towns of Santa Margherita Ligure, Rapallo , Camogli, Recco. The building then underwent a significant architectural change, especially with the new addition of the cloisters and bell tower .
At the end of the 18th century , following the suppression of religious orders between 1 798 -1799, imposed by the Ligurian Republic in the days of Napoleon Bonaparte , the complex was abandoned and robbed, then used as a dwelling-house. In 1804 the trapist monks who came from France,  acquired the monastery and opened there  a school, but very soon the monks left the building, in 1811. The sacred structure  became the property of the Diocese of Chiavari, and in 1859 the entire monastic complex was sold. The abbey is now owned privately and it is opened to the public for cultural performances or concerts, or it can be visited in small groups by appointment.

The church plant has a Latin cross , made striking feature of the apse , which simulates the head tilted angle of Christ. The columns that separate the three aisles are erected with blocks alternating slate and marble, in a  traditional Ligurian style of architecture, that are actually two colors of brick covered with plaster. During the recent restoration there was discovered a burial that was supposed to be of the archbishop of Genoa, Guido Scetten, poet and scholar. The Altarpiece of Cervara is one of the works of art at one time kept in the abbey, and considered one of the greatest documents of Flemish painting in Italy between the 15th and 16th century . The marvelous altar was designed by Gerard David, commissioned by Vincenzo Sauli later in 1506. It is painted in oil on wood Flemish oak, into four compartments. The altarpiece was installed around the main altar at the end of the year.

The beautiful tower is located at the entrance of the complex, opposite the entrance to the Church. It was built during the 16th century to defend against the raids of Saracen pirates , and despite its role as a lookout has the distinction of being set back from the monastery. It is considered a sign of respect and subordination to the sacredness of the latter.

For the first time the abbey was rebuilt  in the 16th century , with works in  apses increased, while during the 17th century  the  altar and choir were modified. In the 18th century   more decorations in marble were added to the abbey  and were completely painted  the walls.  After buying  the abbey,  the present owners started a great work of unprecedented restoration that  return  original beauty to the monastery . The monastic complex is a veritable place that includes a church consecrated to a century cloister, the tower, the main body of the building and a beautiful garden.

The Italian Garden of the Monastery

What once was the  garden of the Benedictine monks is now the only Italian monumental garden still existing in Liguria. The garden is unique and fascinating, directly facing the sea  and it is designed on two levels. The Italian garden is very original and simple, linear, proportional, with no formal indulgences without essences from flowers showy and noisy, as benefits of a place that was religious. Around the main building and garden, terraces and gardens alternate framed by pergolas, columns or painted brick, rare plants and flowers that are of exceptional attention during the season.
The Monumental Garden is decorated with hedges of boxwood  and elegantly refined with achievements of  cones which surround the terraced fountain marble of the 17th century, depicting a boy. The prestige of St. Jerome's Cervara and its stunning location, made it an adorable destination for the passage of famous people and important celebrities, but also it is preferred by simple prayers who can find here the peaceful ambiance that they really need.
The wonderful complex is also a good refuge, far away from the busy crowd of the town. Here you can spend unforgettable moments while listening to  the prayers, while meditating, in a serene and tranquil atmosphere. The abbey is an imposing structure that relates enchanting moments about its glorious past and history, charming the visitors through its unique style and unique design. Its miraculous location opens breathtaking views, with the incredible sea in front, close to the magnificent, that makes the complex to be a really remarkable attraction, while in Portofino.  This place offers incredible memories, a delightful experience, a sacred space where to enjoy special moments. There, the nature  offers its abundant wonders,give s the immensity of a changing, iridescent sea, with amazing gulfs shining in the sun, that rise up along with mysterious forests of olive trees that seem to form an immense mystical, inviolate solitude of a pious monastery that is beautifully hidden in the immensity of a primitive, virgin and untouched nature, a monastery that is perfectly dedicated to concentration, purity and prayer.
Sponsored Links

Write your Review on The Monastery of Cervara and become the best user of Bestourism.com

Maps of The Monastery of Cervara 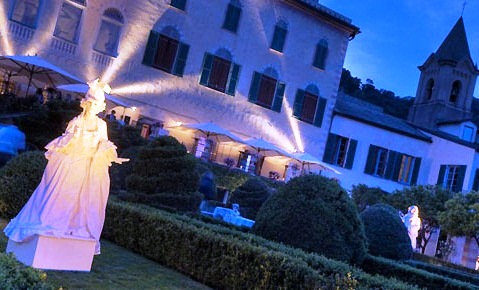 The Monastery of Cervara - Majestic view 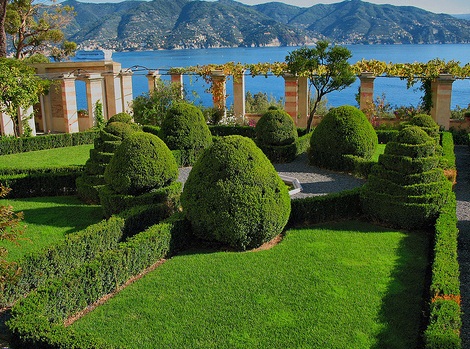 The Monastery of Cervara - Garden view 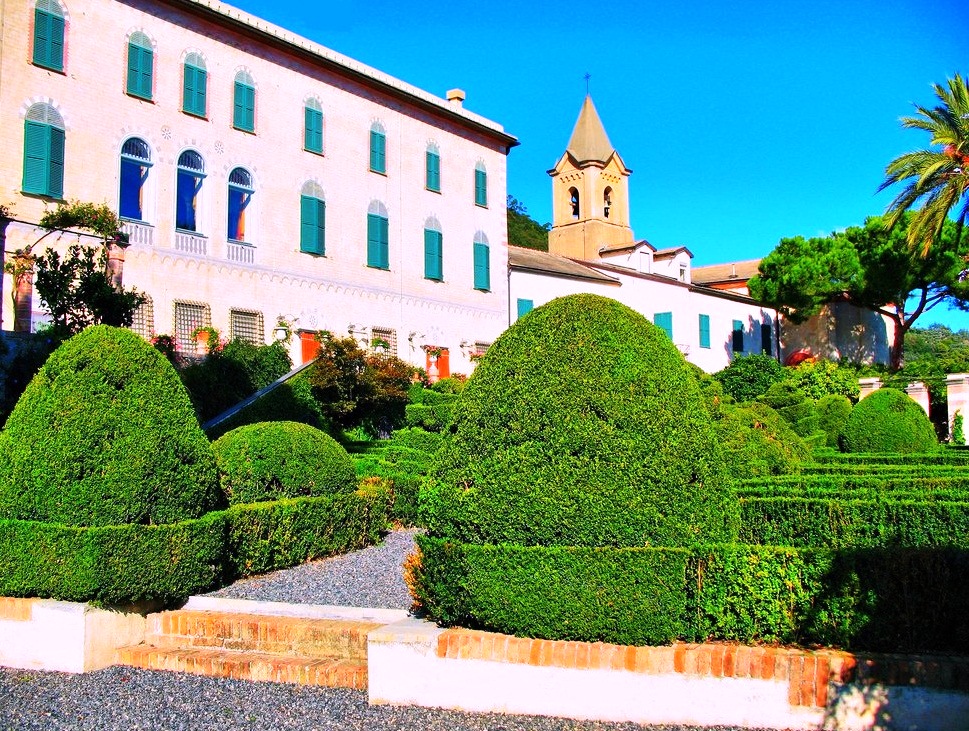 The Monastery of Cervara - Beautiful structure 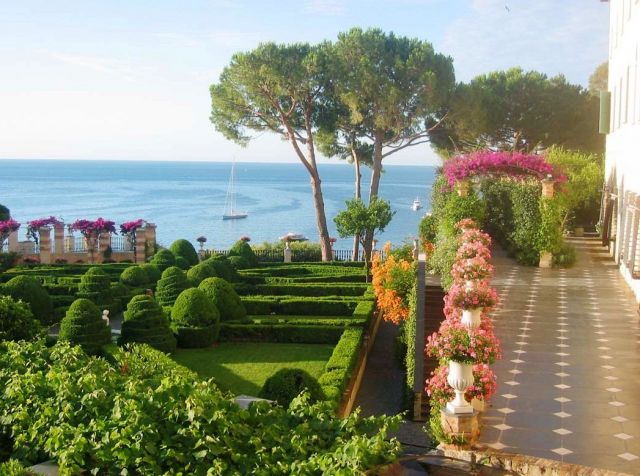 The Monastery of Cervara - Fantastic view 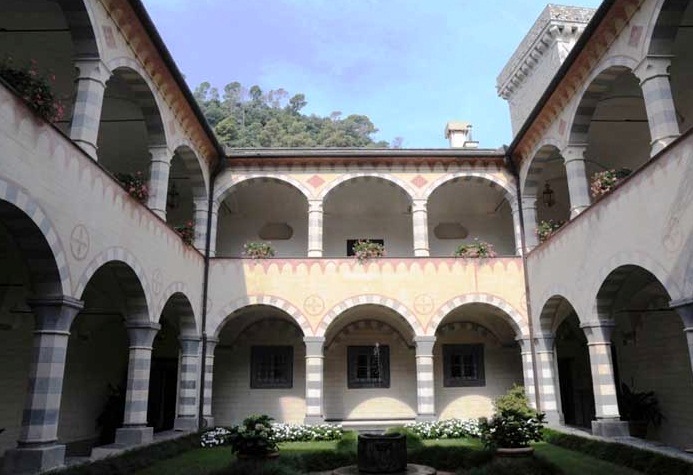 The Monastery of Cervara - Great design