Destinations / The best capital cities in the world / Baghdad

is situated in the center of , on the banks of the near Diyala. The weather conditions in the city and its suburbs are influenced by the subtropical and by the Mediterranean climate. There have been cases of snowfall. Last time this happened in January 2008 .  The natural vegetations are represented mainly by palms and in the coastal zone are represented by saline grasses, reeds, cane, willows. The population of before the war with the in 2003 amounted more than 5.1 million people. The population has declined significantly. It is represented mainly by Arabs (75%), as well as Turks, Assyrians, Armenians. The official language is Arabic. Shiite Muslims and Sunni are dominated among the faithful people of  . There is a small part of Christianity and Judaism.

is a huge historical center of the country and a major transportation hub of the state.

According to chronicles of the time was build during four years and it was necessary to use 100 000 architects, artisans and workers brought from and other provinces of the empire. All the major railroads and highways are converged here. There is an international airport “Al - Hunaidi”, and the biggest river port in the country. The city has a  very advantageous navigation.

is at the high commercial prosperity located in the heart of many trade routes between The East and the West. The divides the city into two parts, which are connected by nine bridges. On the left bank which is  called al –Rashid , administrative and public houses had been built. On the right bank, which is  called Karradat Mariam , the Presidential Palace, the National Assembly, the largest concert hall al-Huld and several foreign embassies are located.

is the second city of the Arab world in size and the second city in southwest Asia after . Many scientists, artists and craftsmen who make the city famous in the west live here.   thrives thanks to its exports of silk, cast crystal, glass, medicine and leather.  The scientists in study various field of science, they invent instruments of observation and experimentation.  Algebra arose in and a new science of optics too. In this golden age, sciences come to Europe from . The Arabic language is adopted by science in to the whole world. Now the Arabs show a series of remarkable progress in the use of medicine. They are the ones who established the first pharmacy. They founded the first school of pharmacy and made the first pharmacopoeia.

was founded on the west bank of the in 762year.  The construction of the city, originally the capital of the Abbasid state, started on the orders of the Caliph Abu Jafar al-Mansur. The name is translated like the ancient Persian “God - given” or “charisma”.

In the IX – X centuries became the most important cultural and economic center of Middle Eastern territories. A variety of products and luxury goods from and the far – off European countries were here. During the reign of the Abbasids in VII- VIII centuries, was the capital of the Arab Caliphate.  quickly acquired the status of major research centers.  More than 30 libraries had been opened in the city.  In 945 the town became part of the possessions of the  Buddha dynasty. In the XVI century Baghdaa was headed by Turkish and Persian army. In the city was a vacuum power for a short time because of the contraction between the pro-germane and pro – British forces. The largest riots took place in in 1948, 1949, 1952 and 1954.Great revolutionary events unfolded in during those years were. In July 1958 the became independent. In 1920 became the capital of modern .

is the capital of and it is an ancient city. Its lands are the cradle of many ancient civilizations. Everywhere here you can find the ruins of ancient cities of Assyria, Sumeria, Babylonia, , and many others. The city has wonderful parks.  The national park is located in the center of the city where  is a figure of a woman that means the personification of the people of , who want to be free.  Artists from over the world are attracted by the fame and greatness of  . They come here in large number, contributing to the development of art styles, even new. The competition with imported Chinese objects of art stimulates the invention of new ceramic pastes and glazes. Textile workshops  develope with great tempos.  New decorative techniques and repertories had been adopted. The prosperity of the Caliph court determines the creation of the special workshops  producing the sumptuous garments for dignitaries and their families.  The clothes that are made here have a political symbol because they are  woven on a hallmark of the sovereign.

There are 6 museums in Bagdad:  the of , the Iraq Museum of Natural History, the of of the Arab, the , the of , the military museum.

The Al- Madrasa is the most important institution of the Abbasid period. It was founded by Caliph  al- Mustansir, in 1233. There are teaching courses of mathematics, astronomy, pharmacology and medicine.

Murgana al-Kahramana is a great monument made by a contemporary Iraqi artist Muhamad Ghani. The statue represents the al-Kahramana Murrgana, the form from the fairy tale “Ali Baba and the 40 thieves”, pouring hot oil over the thieves hidden in the jug.

Unknown Soldier Monument built in 1982 by Iraqi artist Khaled Ar – Rahhal, in the memory of the  victims of the war between and in 1980-1988.

Mausoleum of Musa al-Kadhim, the second name is the Golden Mosque, built in the XVI century. The  Golden Mosque is particularly revered among the Shiite Muslims. The name "Golden Mosque" was because of the gilding on the dome and minarets.

Near    is the world famous city in the world .  It is an ancient city in . There is located one of the Seven  Miracles of the World: the of . A legend says that these gardens were created by the king of , Nebuchadnezz II for his wife, who regretted the picturesque landscape of their native lands. The huge area of the gardens, about 15,000m2, was supported by a veritable forest of stone columns and has an irrigation system that uses cars that climb water from Euphrats to the high desire and from there it falls forming small waterfalls. That is why the gardens are always green, flourishing, fresh and smells emanating refined and inviting. Rare plants, figs, almonds, walnuts, pomegranates, various species of roses, lilies and incensed trees rule these lands with a wonderful dreamlike atmosphere. The building is not visible from outside. These unique gardens in the world were built from a human desire for peace, delight, peace of mind in opposition to the other monuments aimed for high goals, of heroism, of worship and obedience.

The impressive buildings of the city and the luxuries gardens of brought the fame of the richest and of the  most beautiful city in the world. With over two million people, is one of the biggest cities from the pre-modern era.

Write your Review on Baghdad and become the best user of Bestourism.com 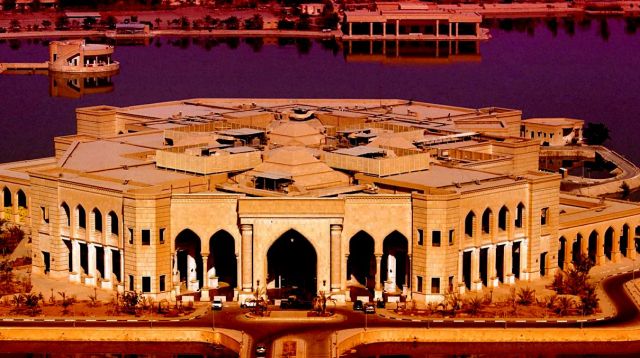 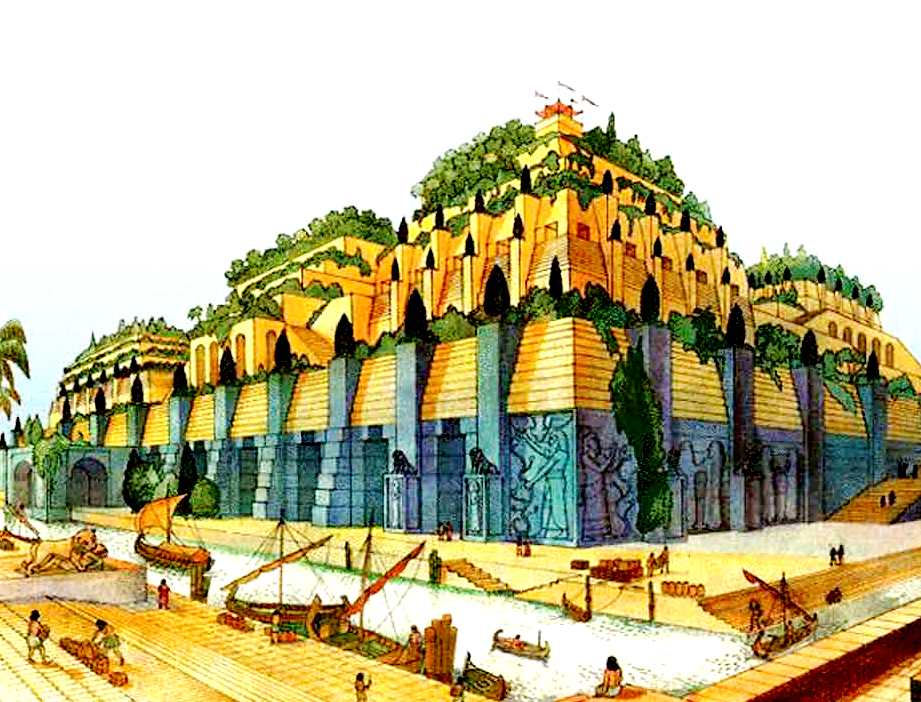 Baghdad - The Hanging Gardens of Babylon 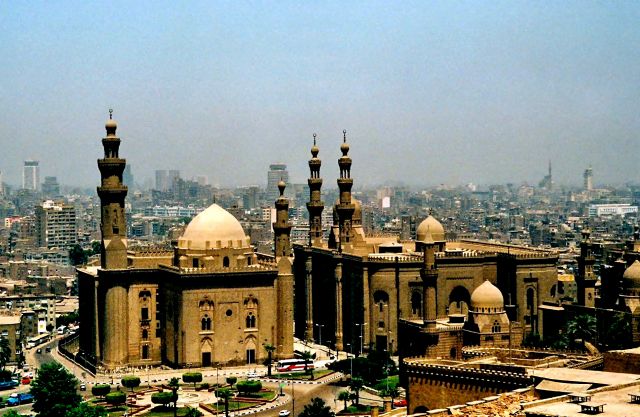 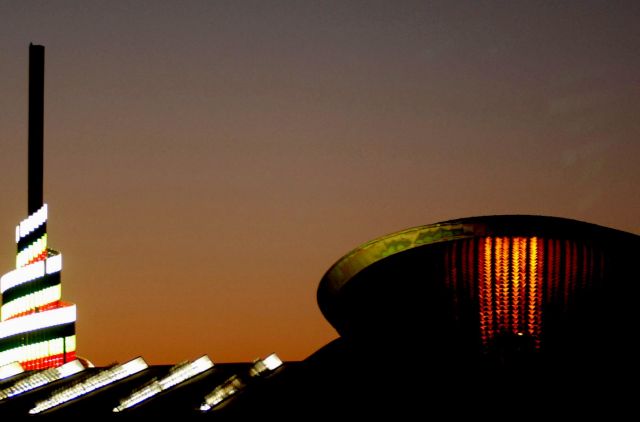 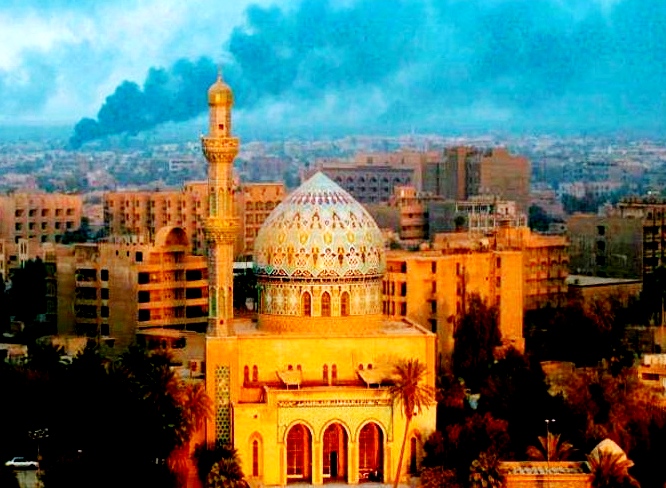