Genoa is an amazing and bustling city located at 38 km nort-west of Portofino. It represents a wonderful city that features many beautiful wonders. A city rich in art and a very important seaport, including the commercial exchange, Genoa is one of the most surprising cities in Italy, a fantastic destination where to spend marvelous moments, while in Portofino. For a long period of time, Genoa was ignored by conventional tourist routes, but  it still   offers  incredible attractions and a stunning artistic heritage to  its visitors, leaving pleasant impressions on everyone.

The medieval old town of Genoa is the biggest in Europe, being a treaured centre, a complicated labyrinth of alleyways, where among the shops, restaurants, and local stores, the visitors can get to find amazing sights of the city's notable past. Related by its  16th century palaces, baroque edifices, and Romanesque churches, Genoa comprises majestic attractions which guarantee to keep everyone entertained, young and old alike.
Genoa, the capital city near Portofino is  considered one of the eight wonders of the world. It is a town full of life and exciting activities, with a vibrant lifestyle, that reflects the character of its residents. The writers and politicians who visited the city before the historical events of the 17th century , called it Superba. Its 19th century aspect was discredited, whereas the town’s ancient splendour, was blossoming again in the new formed middle-class and the city appeared as a very important centre in Portofino. Genoa is a lovely town that must be explored and discovered by tourists.
A restless town continually changing, trying to preserve its unrepeatable charm during its glorious history. The city has made its hills very flat to widen its precious squares, filled in valleys to lay down new roads. New edifices keeping the original elements untouched had been found near the old ones. Fanscinating views of the town and of the harbour from interesting points of vantage in public gardens and squares up on the hills, mountain views with pine woods, chains of mountains crested with fortifications that date back to the old Republic, several rows of cypresses among olive groves on the hills and spacious excellent gardens scattered about the town, introduce a note of majesty and create an overwhelming spirit of timelessness that still covers the town.
You can admire unique palaces everywhere here,  wide or narrow streets,  palaces that belong to the 17th century which had been restored and renovated  the last years, but  they kept their unique original design. Beautiful courts that belong to the 15th century from which  delightful little porches with  vaulted ceilings appear with imposing marble staircases, sometimes mounted within the buildings, offer spectacular views and exclusive decoration that surprisingly remind of the last centuries, preserving a treasured style.
The mystery of frescoed decorations awakens nice memories of a past life. The small churches with their doors opening on small solitary squares appeal silently and tranquil to visitors. Unforgettable sensations follow interesting thoughts, overtaking and mingling with impressions especially when leaving the main arteries, because it lets you to enter into the ancient part of the town where every stone speaks of history and shows the real soul of Genoa.
The ancient town had never had a private centre, a place that could be considered the heart of the town,  other than the harbour towards which all the narrow streets converged.

The architect  Renzo Piano also redesigned the oldest part of the port, following the idea of "restoring the sea to Genoa". Thanks to his design there  is rising up a large venue for cultural events, conventions, museums, exhibitions, shows, and entertainment. The tourists and locals both enjoy lovely memories while  walking along the sea, or while admiring the panoramic Bigo elevator, the Città dei Bambini, enjoying exciting adventures at the ice skating rink, a multi-theatre Cineplex, the Acquario, and many more. Genoa reserves  fantastic sightseeing places that are truly amazing landmarks, that reflect the whole interesting history of the town. Its palaces and galleries, bursting with fine art are lined around one of the greatest streets in Italy, Via Garibaldi. Extravagant and sophysticated rococo rooms with pretty paintings, sculptures, tapestries and Oriental ceramics are contained in the luxurious 17th-century Palazzo Reale. The city’s Casa de Colombo is another valuable landmark that lies next to Porta Soprana. The remarkable house was carefully renovated and redesigned and remains a popular attraction among the residence of the town. Nowadays the tiny house is beautifully furnished in a special style, reminding of the Christopher Columbus childhood’s years.
All the picturesque landscapes of the town make it more and more miraculous, attracting tourists through  its originality and creativity. It preserves also the timelesness air which charms the locals and the tourists as well, combining some extraordinar styles and decorations, that belong to our days, not neglecting the old and beautiful ones. The city is a perfect gateway to a world full of wonders, of micales, with amazing palaces and churches, modern skyscrapers and exciting entertainment, where to spend splendid days. The visitors can get to find the absolutely wanted relaxation and tranquility here. It is like a great refuge in a small piece of Paradise.
Sponsored Links

Write your Review on Genoa and become the best user of Bestourism.com 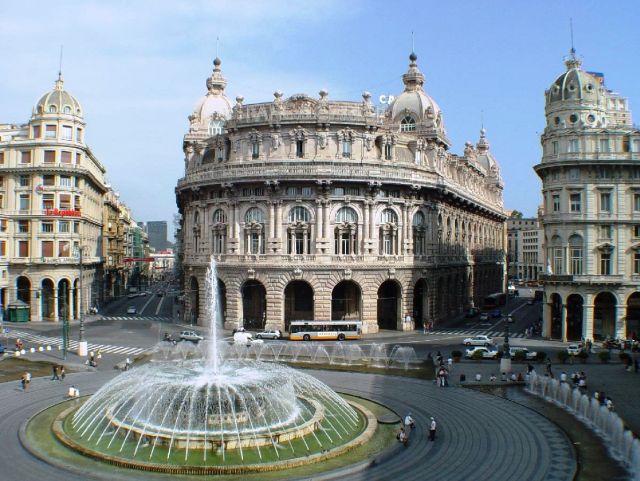 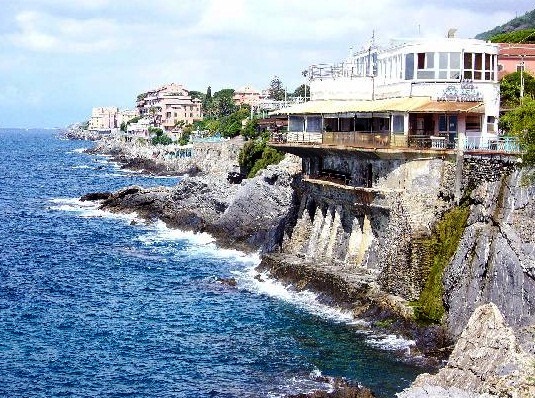 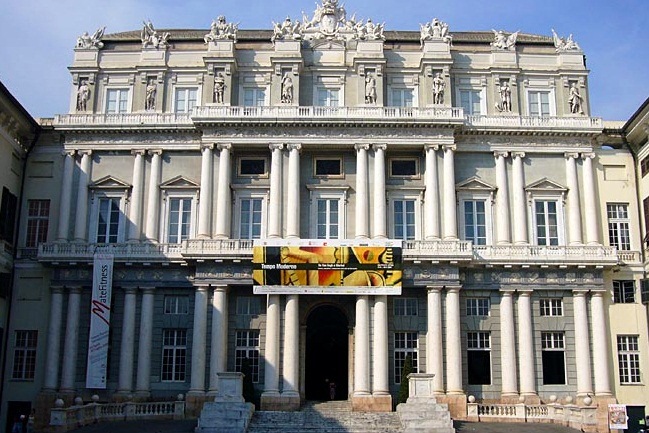 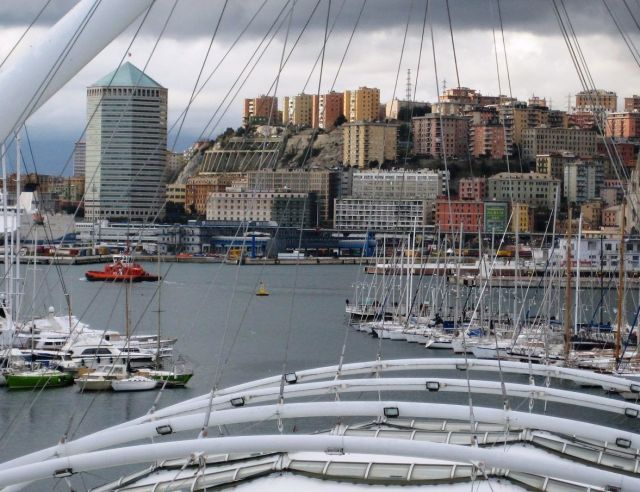 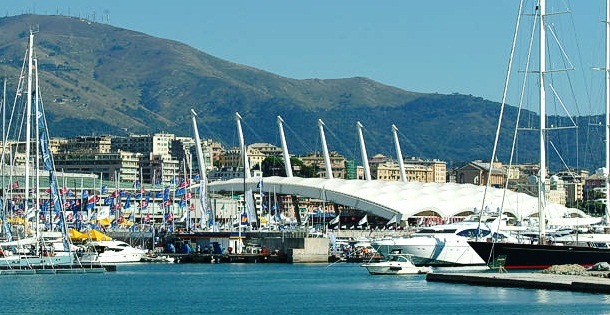 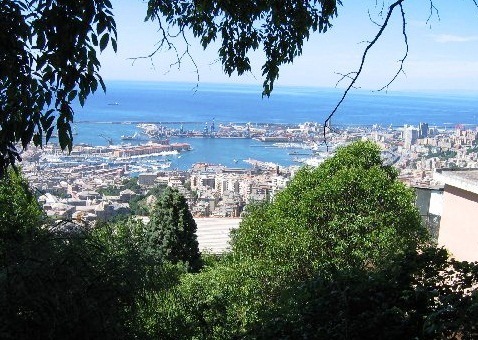 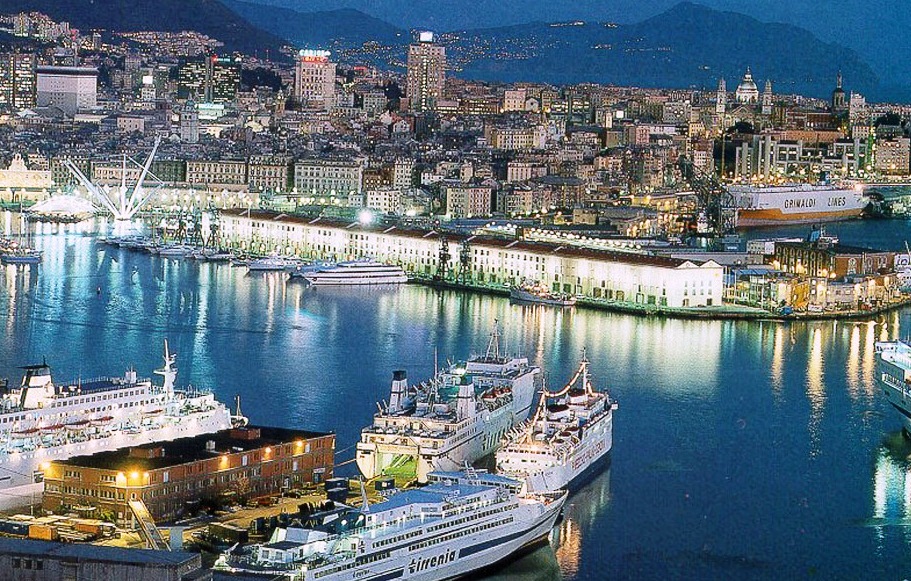 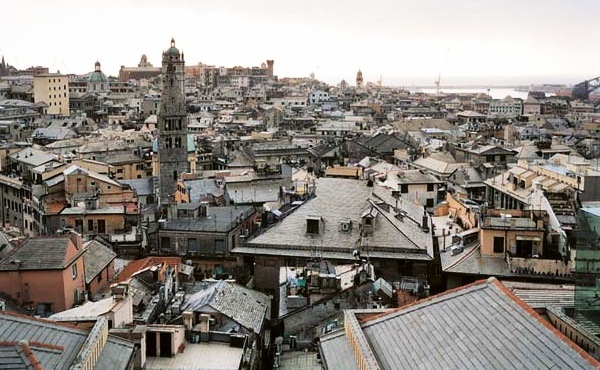