World Tourism / The best places to visit in Paris, France / The House of Invalids

The House of Invalids


In 1670, Louis the 14th, ordered to build Dome Invalides, a military hospital able to treat wounded French soldiers in the wars in Europe. The name is short for the dome? Hôpital des Invalides?. In 1676 when construction was completed dome, around the dome was the most famous being 15 yards? Court of Honor?, Where military parades were held and. Later, the veterans asked a chapel, which was built in 1679 (Eglise Saint Louis des Invalides)

The ash of the largest French military genius Napoleon (1769-1821) is under Dom what attracts many tourists of Paris. Napoleon was born in Corsica on 15 August 1769 in a modest family and became Emperor of France on 2 December 1804 conquered almost all Europe. He was defeated in 1815 by English General Wellington at Waterloo in Belgium. Napoleon died on 5 May 1821 on the island of St. Helena in the Atlantic, where he was sent into exile by the British. Napoleon remained a popular character and King Louis Philippe in 1840 his ashes brought back to France.
Besides the tomb of Napoleon (made of red Finnish porphyry with a green granite base) is Napoleon's family graves (siblings, children), a few officers who have served and many French military heroes. Arms Museum houses the Dome of May (the largest military museum in the world), the Dome Church (designed by Hardouin Mansart for Louis XIV) planoreliefurilor Museum.
To reach the Invalides Dome, you cross the bridge Alexander III and then go on Invalides esplanade. It is one of the most beautiful streets of Paris.
Sponsored Links

Write your Review on The House of Invalids and become the best user of Bestourism.com

Maps of The House of Invalids 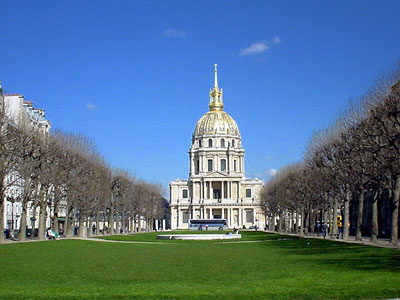 The House of Invalids - General view 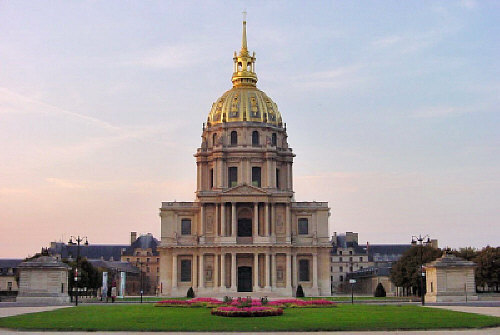 The House of Invalids - Facade 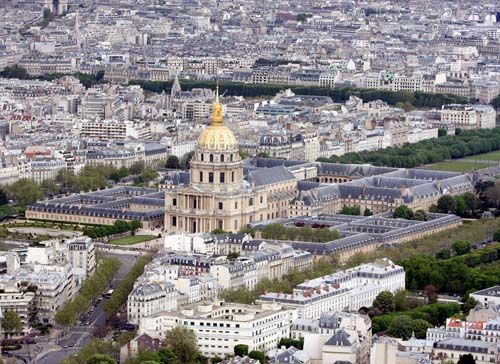 The House of Invalids - Aerial view