The best open-air Nightclub in the world - Halikarnas , Turkey


Summer is the time to enjoy the warmth and the fresh air during days and nights. Bodrum will be the best choice.  Bodrum is now known as the crazy town and the city of clubs and discos. It is a real tourist attraction. The city Halicarnassus, now Bodrum, was a famous mausoleum that is considered one of the Seven Wonders of the World. The remains of the monument have long time  decorated the BritishMuseum.

The Halikarnas Club is considered one of the biggest and the most famous club. It occupies the highest place in the top of the best nightclubs in the world. In this Disco the excess is something ordinary. The top music is accompanied by the famous pop stars. Halikarnas club impresses through its craziest moving. The club has a capacity of 5,500 people. Halikarnas (Turkey) is the only club in the world established in the Roman style.  The dance floor is located on a large open space there, the fresh air beckons you by freedom and fun. You will enjoy the magnificent views of the sea and the stars. On the both sides of the dance floor are installed two guns that shed foam all the evening till morning.

The industry of this small peninsula is developing every year. It is visited by celebrities such as Phil Collins, Pamela Anderson, Kid Rock, Dustin Hoffman and many others.  Aqua parties are  regularly organized in the club.

This biggest disco enjoys the most popularity throughout  Turkey.  Young people  from all over the country come at its parties. There are always a lot of visitors who come especially from all the European countries. Halikarnas is the largest open – air disco. Visit  Halikarnas! You may get one of the best memorable moments of life, swimming under the stars in Turkey.

Write your Review on The best open-air Nightclub in the world - Halikarnas , Turkey and become the best user of Bestourism.com

Others The Best Night Clubs in the world .

Maps of The best open-air Nightclub in the world - Halikarnas , Turkey

Others from The Best Night Clubs in the world

Insomnia and nocturnal style of life are always in fashion.
For those who are tired of the nightclubs in their city, the best way to feel life will be to visit foreign discos and clubs.
The first indicator to spend a good time are the interesting effects, the good music, and the audio technology.
Some of the attractions of the clubs are the fun parties, fireworks, music and the white nights.
Young people are most interested in parties, night clubs and discos.
They form the night life market.
The sensations that you get there make you crazy and happy.
The owners of the clubs around the world choose the most fashionable decor for the nightlife expectation.
The firs rank designers are called to project the interior of the Elite discos.
From a nice party you get a great pleasure that makes you forget about the problems and the monotonous every day life.
Bright large rooms, various cocktails, professional dancers, animation and delicious service transform an ordinary evening in a fairy tale.
The famous DJs are invited to organize fantastic parties.
When you are in such a place you pass in a state associated with something unexplained and beautiful.
Very original and unrepeatable amusements are organized and people have a great time in such places.
Once stepping the threshold of such a location makes you return there at every occasion with new expectations.
The drive of the music makes summer holidays full of new feelings.
The most famous celebrations take place in the most exclusive discos around the world.
The most popular stars relax in the best VIP nightclubs.
If you want to have a real sensational evening in a top club you should pay attention to the location and to the people that surround you.
Here are the best and the most popular night clubs in the world that can always provide unforgettable impressions to you.
I am sure these nightclubs will satisfy every desire, every wish and every fetish curiosity. 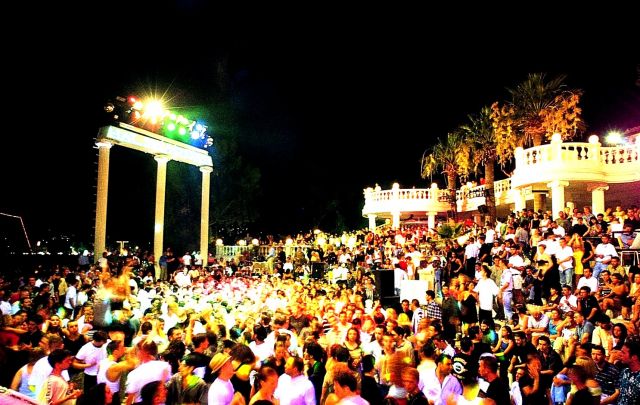 The best open-air Nightclub in the world - Halikarnas , Turkey - craziest moving in the club 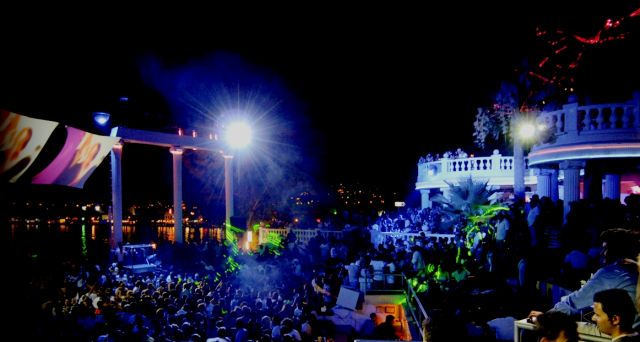 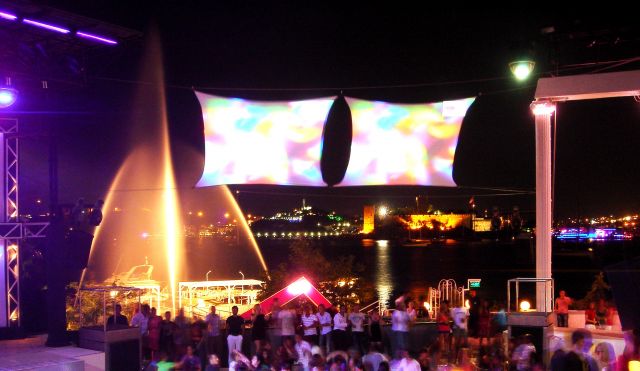 The best open-air Nightclub in the world - Halikarnas , Turkey - Hot parties in the club

Video The best open-air Nightclub in the world - Halikarnas , Turkey