Monterosso al Mare is an Italian town of 1,521 inhabitants of the province of La Spezia in Liguria . It is the westernmost of the so-called Cinque Terre . This beautiful Ligurian town is situated in the picturesque harbor. Its ancient towers that dominate the town and beautiful beaches attract tourists. The town has a medieval tower Torre Aurora, which separates the old part of the town from the new picture of "Cross" Van Dyck in the church of San Francisco.

Nature, art, traditions, gastronomy and wine are the distinctive elements that characterize the province of La Spezia where Monterosso is situated. The province testifies to a great extent on the value of the sea areas of exceptional beauty with a rich history. The province has long been a strategic point of land and sea, the center of commerce and industry. Its agricultural vocation and its historical art resources were able to maintain thanks to the ideal combination of nature and culture. This natural diversity is reflected in the cultural life of the province, rich in traditional and sports activities, events, theatrical and musical performances. Across the province there are interesting museums, a rich traditional gastronomy offers delicious typical dishes combined with local wines, such as DOC wines with the name of Hills Looney, Levante, 5 Terre, as well as wine lo schiacchetrà, the famous wine of meditation with an amber color and fruity taste.

Monterosso is located in the center of a small natural bay, protected by a small artificial reef on the east of Punta Mesco in Riviera La Spezia .To the west of the country, beyond the hills of the Cappuccini, lies the village of Fegina, a natural expansion of the small seaside town of the original village. Fegina can be reached through a tunnel of a few tens of meters, and the train station is located here. The beaches are relatively large compared to the narrow cliffs that characterize the other villages of the Cinque Terre . It is bordered to the north with the municipalities of Levanto , with the Ligurian Sea to the south and with Rack and Vernazza to the west and the east of Levanto . It is about 34 km west of La Spezia and 90 km east of Genoa . The territory is part of the National Park of Cinque Terre and of the ' Cinque Terre Marine Protected Natural Area .

The Parish Church of St. John the Baptist in the historic center of Monterosso. The work on the construction of the church began in 1282 and ended in 1307 . The plan of the building has a basilica with three naves which widens towards the ' altar , the bell tower consists of a tower embattled quadrangular base dating back to the medieval age . The portal of the church represents, in the bezel at the top, a fresco of the Baptism of Christ . The portal has four slightly splayed series of marble columns.

The Oratory of Santa Maria di Porto Salvo in the historic center of Monterosso. The already oratory of Prayer and Death is a Baroque landmark with façade re-run in 1922 . The Oratorio dates back from the sixteenth century .

Capuchin monastery and church of St. Francis can be found along the slope of the hill of San Cristoforo, between the centers of Fegina and Monterosso. The site was built between 1619 and 1622 . Among the paintings there is a painting attributed by some to the famous Flemish painter Anthony van Dyck.

The Hermitage of St. Anthony of Masco points along the forest path for Masco 311 meters above the sea level. The building was cited in 1380 for the first time and it was built between the ' eleventh and the fifteenth century and later abandoned in 1610 .

The Hermitage of St. Mary Magdalene , Mary Magdalene in the village, just inland of Monterosso. The church, of which there are some architectural elements, is mentioned in a document dated in 1244 with the primary dedication to the St. Lawrence Topsoil. Only in 1248 it was dedicated to Mary Magdalene. The ancient medieval structure makes visible two distinct bodies of the factory, the church and the monastery, and a tower.

The Sanctuary of Our Lady of Soviore in the locality above Monterosso is located at an altitude of 418 meters above the sea level.

The Statue of Neptune, or Giant. The statue, an imposing and impressive structure in concrete , is leaning against a rock, overlooking the homonymous beach. Built in 1910 by Francesco Levacher, Minerbi Henry , great architect and sculptor , the statue has 14 meters high and it weighs 170 tons. It depicts Neptune . The statue, which adorned the Pastine villa together with a large terrace-shaped shell, was damaged by bombing during the World War II .

The Villa Montale is the residence where Eugenio Montale spent a part of his life and the summer holidays.

The construction of the castle is a work of Genovese late realization, perhaps built on the site of the castrum during the rule of Obertenghi , whose longer side walls are in disrepair. Its area is currently largely occupied by the cemetery city.

The defensive position was built in the sixteenth century by the Genoese Republic to counter increasingly frequent raids of the Saracen pirates .The building is located at the end of the promontory of the hill of San Cristoforo and, in fact, the center of town again (Fegina) and the old town (Monterosso).

The mountain, which closes the bay in front of Monterosso, right overlooking the sea. Surrounded by the National Park of Cinque Terre , it is very suggestive for its cliffs. A beautiful walk leads to the so-called "traffic light": an old abandoned lighthouse signaling which offers a spectacular view overlooking the sea (beautiful at sunset). At 100 meters you can also visit the ruins of ' hermitage of St. Anthony of Masco .

The beach Monterosso was defined the sexiest beach in the world by the Forbes magazine in 2007.Monterosso al Mare has the longest history where you can sunbathe. The village has the most beautiful beaches in comparison with those 5 villages ( Vernazza, Corniglia, Manarola and Riomaggiore) of the Cinque Terre Coastal area. If you want a traditional beach with lounge chairs and umbrellas, Monterosso is the ideal destination. The water is clean and beautiful blue. The beach is really charming allowing you the most spectacular views. There are wonderful beaches and cliffs overlooking the sea in an ancient crystal. Monterosso deserves the best tourists’ attention.

Write your Review on Monterosso al Mare Beach and become the best user of Bestourism.com 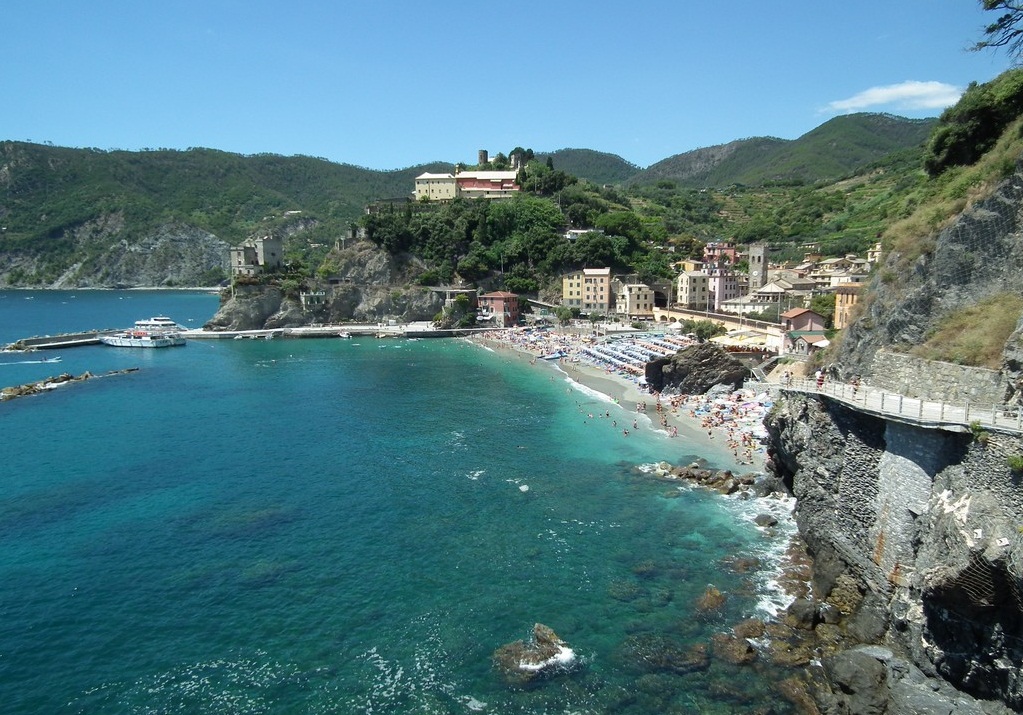 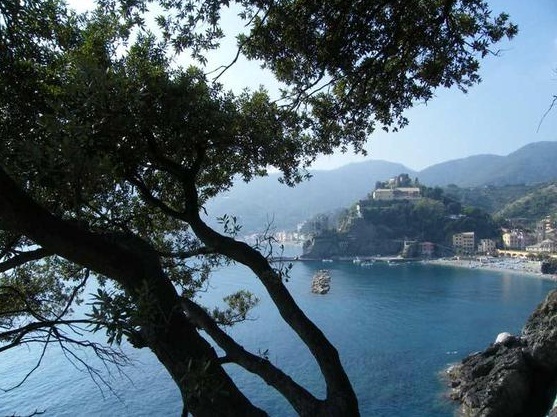 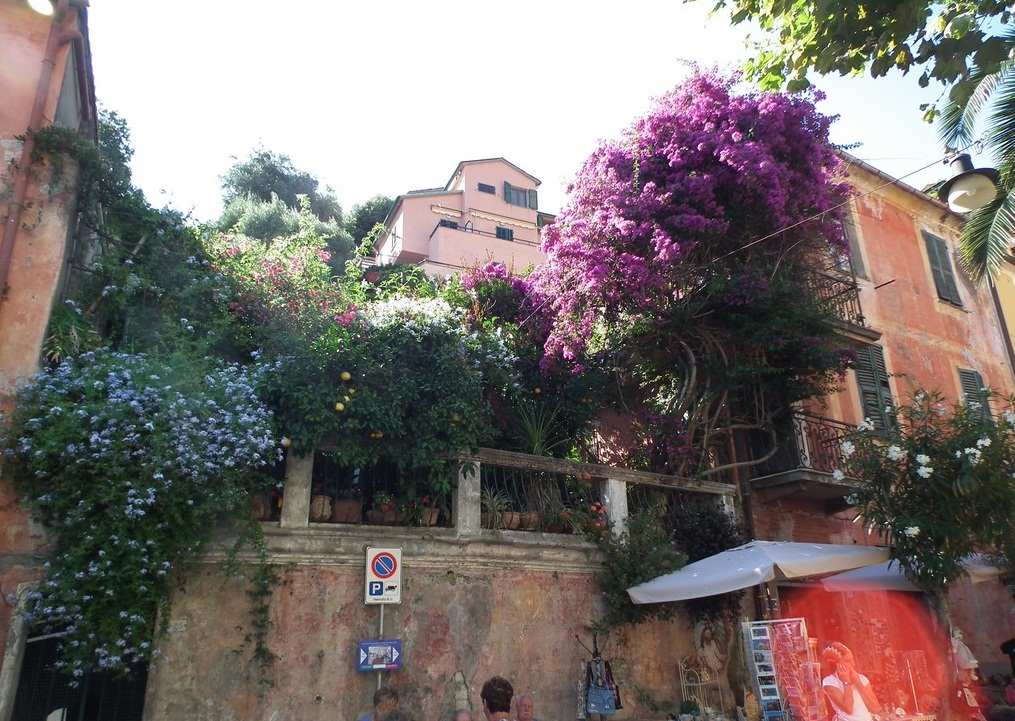 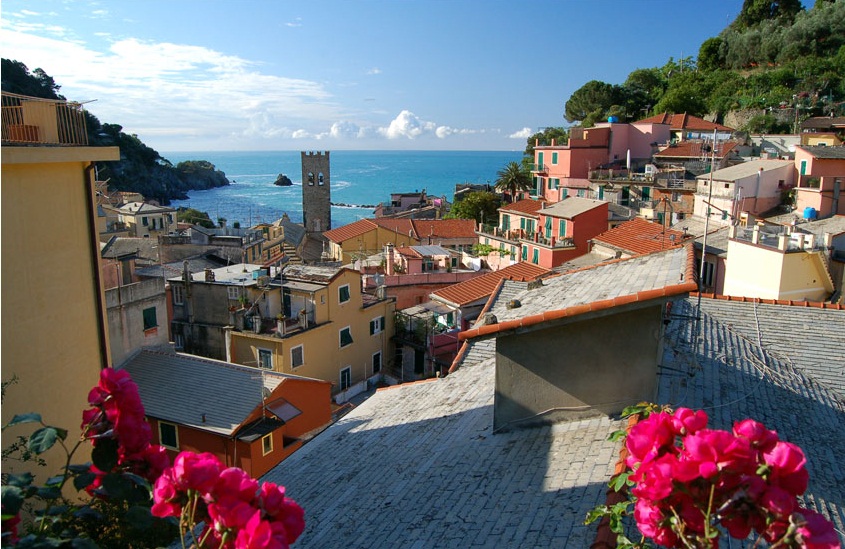