Destinations / The best cities to visit in the world / Berlin

Berlin is the capital of Germany. Berlin is an active, a  cosmopolitan and a lively city.  The East meets the West in a metropolis in the very heart of a varying Europe. Berlin is the biggest city in Germany. It is an area of opportunities, that are waiting to be explored, and it is the widest possible range of spaces for entertainment, recreation, economic and technological life. The city was founded in the 13th century and has a very glorious history. Ever since the creation of a unified Germany in 1871, the tumultuous history of the nation has a deep impact on the history of its capital, Berlin. During the Second World War many neighbourhoods and monuments were destroyed, but since the reunification after the Wall of Berlin fall in 1989, some historic area like Postdamer Platz and Pariser Platz have been completely renovated. Nowadays, Berlin is a dynamic, lovely, vibrant city, one of the greatest ones in Europe, attracting thousands of tourists each year. Berlin’s cultural life has a lot to offers for all tastes, from the world renowned museums to the Berlin Philarmonic  which is impressive. The nature, the culture and the history are united in historic buildings, which are surrounded by beautiful parks, lakes, rivers and canals.

The Berlin Wall
The Berlin Wall, separates the city in the Eastern and Western part, being the symbol of the Cold War. Until 1961 the East Germans had freely access to the Eastern and Western part of Berlin. But many East Berlingers were attracted by the Western Berlin, because it was more prosperous. By 1961 up to 20,000 East Germans  escaped to West Berlin. On August 12,1961 the East German authorities decided to close the border around the Western part of Berlin in order to stop the people’s access. On the next day, early in the morning the West Berlin was surrounded by barbed wire. Houses at the Eastern side were evacuated. Over the time, the barbed wire was replaced with a 3.6 meters high wall. Along the East side wall a death zone was created, and the area was controlled by guards. Along the 155 km long border  over 302 watchtowers and 20 bankers were built. The guards received the order to shoot  those who wanted to escape. There were killed 192 people when they were trying to cross the border to the West. Finally in November 1989 the travel restrictions were lifted, followed by the opening of the gates, when the people could cross to the Western Germany easily. Most of the wall was destroyed but some parts of it still remained. The most famous one is the 1316 meters long East Side Gallery.

The Reichstag , the seat of the German Parliament, is one of the most old and beautiful landmarks of Berlin. After the creation of the German Empire in 1872, there was a need of immense building for the Parliament, in Berlin. A competition  for its construction was organized, and the architect Paul Wallot was chosen to design the structure. The German architect designed a fantastic and imposing Neo-Renaissance building, 137 meters long and 97 meters wide. The amazing structure was built between 1884 and 1894. In 1933 the building was almost destroyed by the fire, and it is not clear who started the fire, but the communists were blamed. At the end of the War the building was damaged even more, when the Soviets entered the city of Berlin. The picture of a Red Army soldier raising the Soviet flag on Reichstag  is one of the greatest and famous 20th century images, which symbolizes the defeat of Germany. During the time the structure was renovated, and the central dome and most of the ornamentation were removed.

The majestic palace is an early 18th century baroque palace in Berlin, situated in the Western Charlettenburg district. The palace is the largest one in Berlin, with the original central part constructed between 1695 and 1699, as the summer residence for Sophie Charlotte, who was the wife of Frederick III, the Elector of Bradenburg. Charlottenburg Palace was designed by Johann Arnold Nering, then extended by Frederick who became the first Prussian King in 1701. The palace was hit in 1943 during and allied air raid causing a fire that destroyed the entire structure. After the War the palace was completely restored and remodeled. The interior was beautifully reconstructed as well and the palace has its royal rooms opened to the public. The most beautiful one is the Oak Gallery, paneled with oak and lined with oil paintings. The Porcelain Gallery is decorated with mirrors including a display of fine Chinese porcelain. The palace includes some other fantastic rooms like: White Hall, Rococo style Golden Gallery, The Gallery of Romantics.

The Berliner Dom is a baroque Cathedral that was built between 1894 and 1905. It is located on an island, known as the Museum Island. The first church was built on this area in 1465, then  it was replaced by a cathedral, built between 1745 and 1747, made in a Baroque design. The structure was remodeled into a classicist building from 1816 to 1822. From the order of the Emperor Wilhelm II, the domed building was demolished and  the present Cathedral was built instead. It appeared much larger than any of the previous buildings, it was a protestant copy of Catholic St.Peter Basilica in Rome. The splendid building had Italian Renaissance influences and was designed by Julius Raschdorff. The cathedral is rising up with a length of about 114 meters, and 73 meters wide. During the Second World War it was hit by a bomb which damaged much of the cathedral. A temporary roof which was meant to protect what remained from its interior was installed. The restoration of the interior begun in 1984 and in 1993 the cathedral was reopened for the prayers.

In may 2005, on the 60th anniversary of the fall of the Nazi regime and the end of the Second World War, the city of Berlin dedicated its Holocaust Memorial to this important event, which was designed to commemorate those six million Jews who were killed. The idea for a Holocaust Memorial construction was proposed in 1988, but its design was approved in 1999. The memorial occupies about 205,000 square feet, located near the Bradenburg Gate, from a short distance from where the ruins of Hitler’s bunker was buried. The Holocaust Memorial consists of 2,711 grey stone slabs, that bear no markings, no name and no dates. The slabs undulate in a wave-like pattern. The Holocaust Memorial was officially named as the Monument to the Murdered Jews in Europe and can be visited anytime. There is a subterranean Information Center that provides the tourists with more information and offers stories of families and individuals who suffered during the Nazi regime. The center is located on the base of the memorial.

The Pergamon Museum is the newest one located on the Museum Island. It was named after the Pergamon Altar, an immense monument which occupies a whole room. The museum was designed by Alfred Messel and later by Ludwig Hoffman. The idea of construction of a new museum appeared in 1907 and took 20 years to complete the structure. The spectacular museum features three separated sections: The Antiquity Collection, The Islamic Art Museum, and The Near East Museum.
The excellent city of Berlin enjoys an international reputation for its exciting festivals, vibrant nightlife, contemporary architecture and avant-garde art, which all create a majestic touristic destination. There the guests can spend unforgettable memories, in an enchanting ambiance, surrounded by the picturesque beauty of the nature. It charms everybody with its modern architecture and incredible sightseeing places that overwhelm and remain in their mind forever. The remarkable attractions of the city make it a great summer destination, for a perfect vacation, where you can delight yourself with unrepeatable experiences, offering exciting moments. The citizens are very friendly and you are welcome there anytime, tasting from its vibrant nightlife, from its chic restaurants, trendy boutiques and have a relaxing vacation in the best luxury hotels.
Sponsored Links 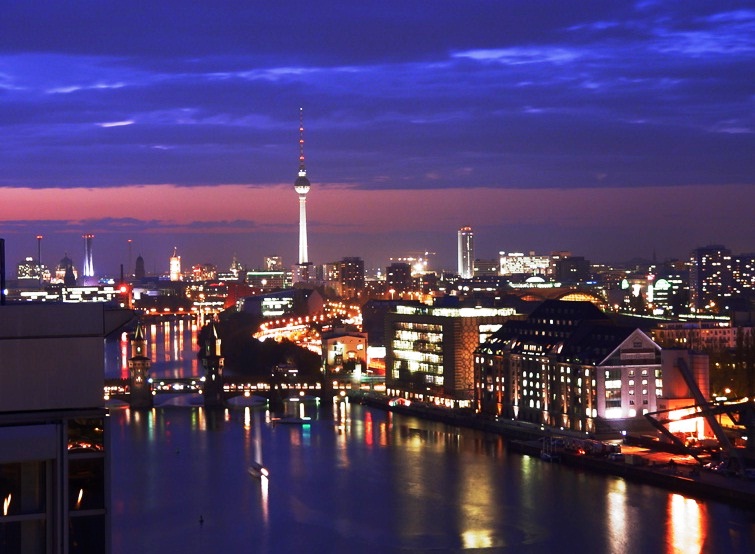 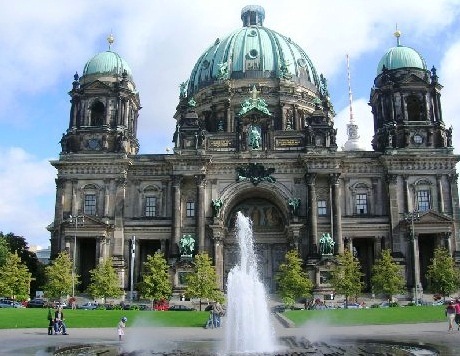 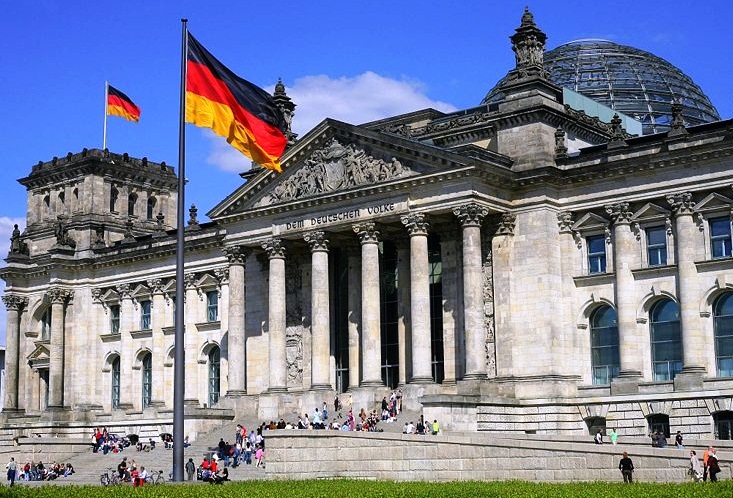 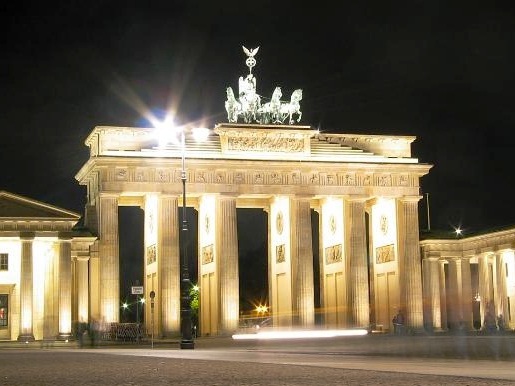