Moscow-one of the largest cities in the world

Moscow is the capital of the Russian Federation, the federal city, the administrative center of the Central Federal District and the Moscow region. It was the capital of the former Soviet Union and it is the largest most populated city in Russia and Europe with a population of 11,551,930 people estimated on January 1, 2011. Moscow is a very agglomerated city. It is one of the ten largest cities in the world. The historical capital of Grand Duchy of Moscow, the Kingdom of Russia, the Russian Empire (1728-1732), Soviet Russia and the USSR- all these names bear the title of the Hero City. The city has an internal administrative-territorial division of the approved emblem, flag and anthem. There are federal authorities of the Russian Federation, the Constitutional Court of the Russian Federation and local self-government, foreign embassies, the headquarters of most major Russian commercial organizations and public associations in Moscow, as well as foreign representatives of companies operating in Russia and CIS. The magazine “Foreign Policy” places Moscow in 2010 on the 25 place from the 19th in 2008 of global cities that bring significant contributions to the world civilization. This event is facilitated by the strong economic, cultural and scientific potential of the city.

Moscow city is located in the heart of the Eastern European Plain, between the rivers Oka and the Volga, on the same latitude as such cities as Krasnoyarsk, Omsk, Petropavlovsk (Kazakhstan), Chelyabinsk, Kazan, Kaliningrad, Copenhagen and Glasgow. The average height above the sea level is of 156 m. The highest point is at Teplostanskoy hills and it is of 255 m. Moscow extends from north to south within the ring road to 38 km, outside Moscow it extends to 51.7 miles and from west to east to 39,7 km. The city is situated on both banks of the Moskva River. Besides the Moskva river, the city has dozens of other rivers, the largest of which are the tributaries of the Moscow river, in particular Shodnya, Khimki, Neglinnaya, Yauza, Setun, Kotlovka and Gorodnya.

Moscow's climate is moderate continental: extreme cold and scorching heat are rare, but at the same time the weather is relatively unstable. According to the meteorological station, February is the coldest month of the year (the average temperature is of -6,7 ° C, while there is a trend on the rise in temperature in winter. During the cold waves the temperature can drop below -20 ° C. The warmest month is July (the average temperature is +19,2 ° C to the new norm, according to the classical +18,2 ° C). On average, there are just 6-8 days summer days with a temperature of +30 ° C and above. The highest temperature for the 130-year-long series of observations were recorded on July 29, 2010 and amounted to +38,2 ° C at weather stations in the VVC and +39,0 ° C. The lowest temperature was registered on January 17, 1940 and it reached -42,2 ° C ( according to the meteorological station TAA). Fogs are a common feature for Moscow. Moscow’ s climate has its own characteristics and air regime : the air flows as would flock to the downtown area, bringing precipitation or heat.

Moscow is an important tourist center in Russia. The Moscow Kremlin and the Red Square, as well as a number of other cultural monuments of architecture are included in the UNESCO World Heritage List. Moscow is also a major transportation hub. The city is served by six airports, nine railway stations, three river ports. There is a river communication with the seas of the Atlantic and the Arctic oceans. Since 1935, the underground works in the city. A significant role in the city's economy is tourism business associated with the reception of guests from Russia and foreign countries, as well as related economic activities in the service sector. More than four million tourists visit Moscow every year. Most of the guests come from Germany, the USA, China, Britain, France, Turkey, Italy, Israel, Japan and Spain. At the beginning of the 2007 year, out of every 10 foreigners who come to Russia with a tourist purpose, seven come to Moscow. Moscow gained the status of a deeply secular, totalitarian nation with significant religious buildings. Moscow is the major cultural and tourist center of Europe and in the world. The Moscow region is one of the richest in Russia, with historical and cultural potentials. There are a lot of interesting places in Moscow with various historical, cultural and architectural monuments, and modern entertainment infrastructure. In Moscow there are more than 75 major educational institutions, including the famous State University. About 700 scientific institutions have their main representative in Moscow. In this capital city there is an impressive number of museums, including: The "Tretyakov " Art Gallery, The Art Museum of "A.S Pushkin , Central" VI Lenin ", Museum of Oriental Culture, the flats of the Kremlin Palace, the Kremlin Cathedral, the Cathedral of Christ , the Seven Sisters, the Saint Basil’s Cathedral and the Red Square. The Saint Basil’s Cathedral is well known for its onion domes. There also are 72 pavilions dealing with industry, agriculture, science and culture, 96 parks and 18 gardens including 4 botanical gardens. The most important of them is the Botanical Garden of Russian Academy of Science. Moscow is a very green city in comparison with other cities in Western Europe and America.

The city has more than 60 museums. With the participation of the Moscow State University , many museums were opened as the Polytechnic Museum, the Museum of History, the Zoological Museum, the Museum of Anthropology, the Pushkin Museum, the Museum of Fine Arts, the Botanical and Zoological Gardens and the Moscow Zoo. Among the many museums of the capital the Tretyakov Gallery is worthy of note. The name of its Russian-based sponsor is forever imprinted in the building of the museum. In the city there are large exhibitions too as the Central House of Artists, the Exhibition Hall "Manage". Besides the state museums in Moscow there are many private art galleries, many of which specialize in contemporary art.

There are more than 100 cinemas in Moscow where one can watch many Russian and foreign movies. Many cinemas allow simultaneous display of multiple movies on different screens .In Moscow, there are many major film studios. Mosfilm studio is the best of them. Gorky Soyuzmultfilm and others annually held the Moscow International Festival Film.

Moscow is famous for its nightlife. In Moscow, there are many different night - clubs, bars and variety shows. The main clubs and restaurants are concentrated within the Boulevard Ring, along the Tverskaya Street, near Ostozhenka, Novy Arbat and Kutuzov Avenue. There are a large number of casinos and gaming clubs in Moscow. The city is a rather large and growing network of hotels and inns which are the world's major hotel brands . Moscow has long been constructed using the radial layout. Thus, the city consists of several coming streets, including Tver, and rings (three total transport rings - the Road Ring, the Garden Ring and the Boulevard Ring). The construction of the 4 th Ring Road also started now. The Underground is built on the same principle - the Ring Line, which transplants on radial station lines, intersects Moscow from the north to the south and from the west to the east. The second ring underground is also planned to be built. At the moment there are three stations in the future of the ring - "Warsaw", "Kakhovskaya" and "Kashirskaya. One of the main shopping streets in Moscow is Tverskaya street. It is located from the Manage Square through the Tver region. It crosses the Boulevard Ring near Pushkin Square and ends at Triumph Square. Its continuation - 1-ya Tverskaya-Yamskaya street - goes to Leningrad Prospekt near the Belarus station. Tverskaya is one of the most expensive shopping streets, not only in Moscow and Russia but also worldwide. It is also a center of nightlife and entertainment.

The Moscow Kremlin and the Red Square

The historical center of Moscow is the Moscow Kremlin. Its current form fortress walls and towers were bought back in the XVII century. Nowadays, Kremlin is the residence of the President of Russia. There are numerous temples and museums on its territory. The ensemble of the Moscow Kremlin is included in the UNESCO World Heritage List. There are restricted zones when you visit the Kremlin Museum. The most famous area of the city - the Red Square is on the east side of the Kremlin. It is surrounded by St. Basil's Cathedral, the Middle Trading Rows, the building of GUM, the Cathedral of Our Lady of Kazan, the Resurrection Gates leading to the Manage Square and the Historical Museum. To the area adjacent to St. Nicholas, there is the Senate and the most famous Spassky towers with chimes. The Memorial Cemetery and the Lenin's mausoleum were built at the Kremlin wall necropolis. Also in this area a skull and a monument to Minin and Pozharsky were placed. Travel motorcades of senior officials, preparations for the entertainment events, preventive maintenance travel here only on special occasions. The area around the clock is accessible for residents and guests. Among the many attractions of the city one can identify a number of unique sites and buildings famous world-wide. These no doubt include the Bolshoi Theatre, the Museum of Fine Arts named after AS Pushkin and the Tretyakov Gallery. Its architecture is ranked by UNESCO World Heritage site: the Novodevichy convent and Kolomenskoe. The unique design of hyperboloid structures are Shukhov tower and the Ostankino TV tower, holding the status of the tallest building in the world.In recent years, Moscow has lost a lot of architectural and historical monuments because of their inadequate replacement copies, such as those of the "Moscow" hotel, an arena building and the Kiev Station. Voentorg on Vozdvizhenka are lesser-known buildings in the city center. Moscow has broad avenues and roadways. Moscow is formed with the help of various street lighting, illumination of buildings and trees at night. The single style of street lighting in Moscow never produced drawn criticism from the city authorities by citizens and public organizations .Streets are lit brightly and they basically offer a fantastic view by night.

Write your Review on Moscow-one of the largest cities in the world and become the best user of Bestourism.com

Maps of Moscow-one of the largest cities in the world 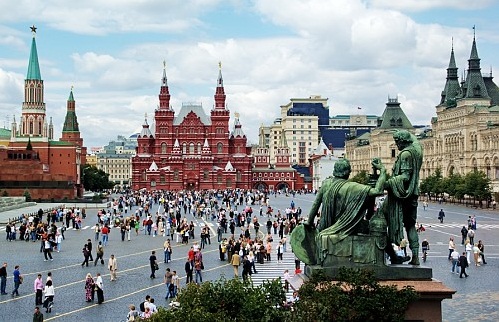 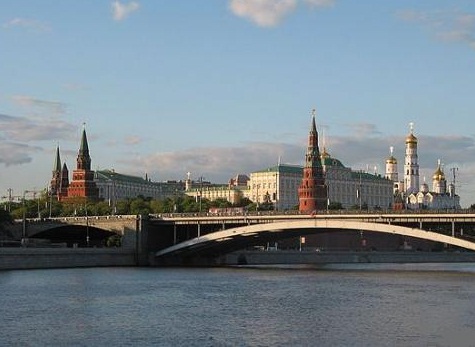 Moscow-one of the largest cities in the world - Panorama view 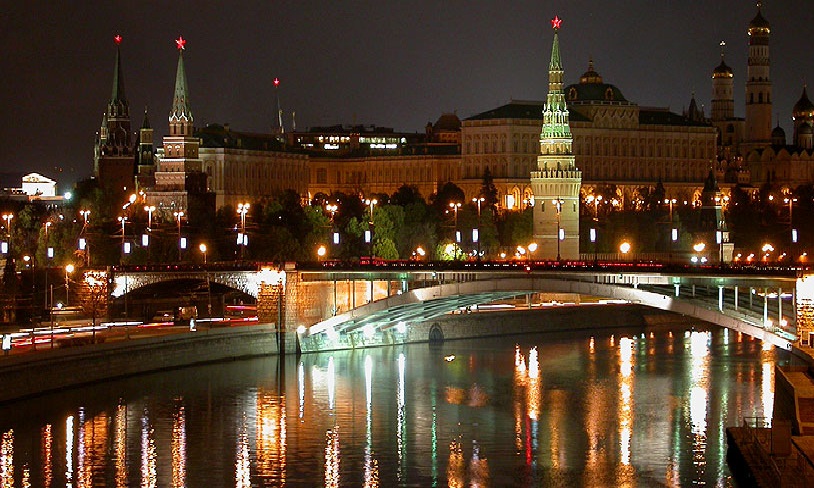 Moscow-one of the largest cities in the world - Amazing city 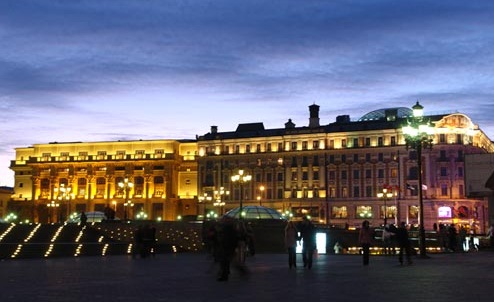 Moscow-one of the largest cities in the world - Beautiful place 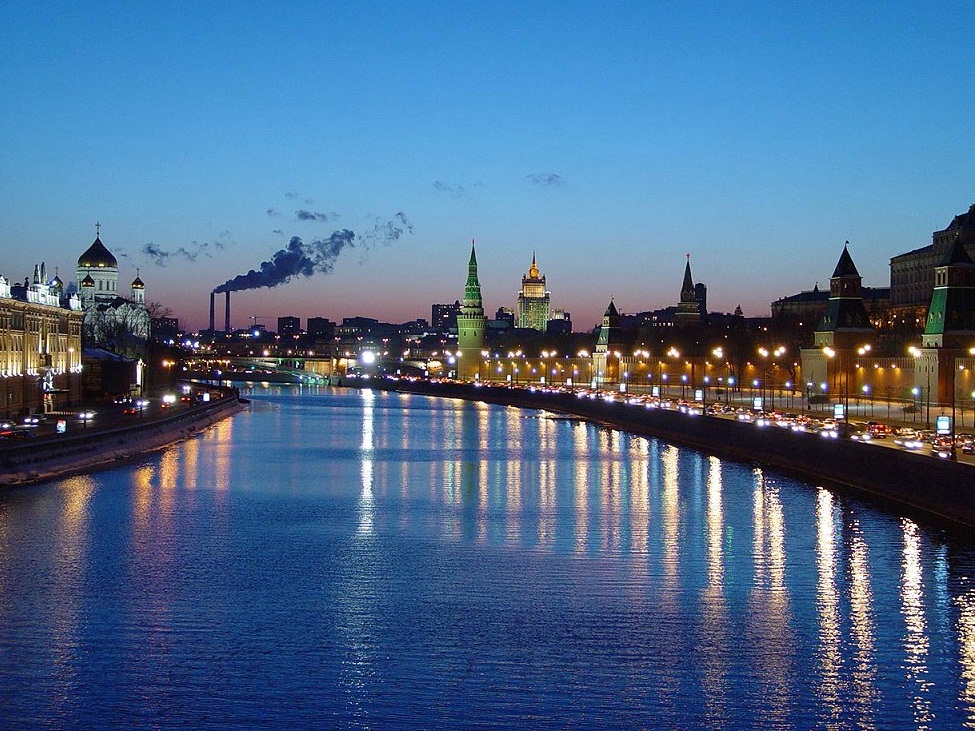 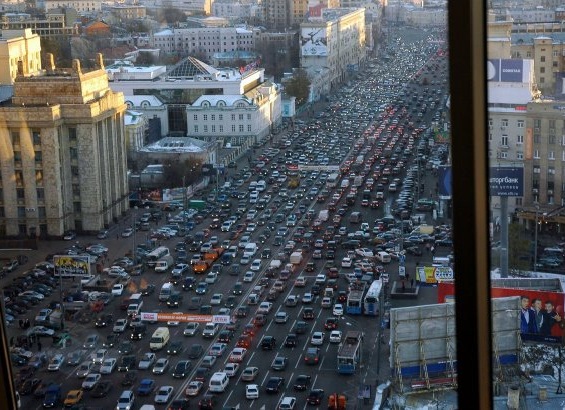 Moscow-one of the largest cities in the world - Aglomeratted city