Until a few years ago, it was quite difficult to find a tour guide about Bulgaria, a country in Eastern Europe off the beaten track of tourists, even for the adventurous ones. Lately, the country draws an increasing number of tourists, attracted by the wealth of tourist places. A splendid mélange of snow-capped mountains, dense pine forests, greenish plains, wonderful beaches and coasts, gorgeous lakes and valleys lost in the mountains that nestle traditional hamlets and the famous cave monasteries, along with great ski resorts and beaches of the Black Sea –this is what tourists discover here and the reason why Bulgaria is becoming increasingly popular among travelers. Thus, the landscape varies greatly, offering the visitors infinite opportunities to spend their leisure time. Yet without doubt, Bulgaria is worth a visit especially for its archaeological heritage, as the country is rich in relics and ruins that testify its past greatness. Each town here features its own museum full of treasures of Greek or Roman origin, together with Orthodox churches and monasteries.

Bulgaria is a warm and welcoming country, where you can relax, enjoy visiting its numerous tourist places, its tasty cuisine, fine sands, delicious wine, mild climate (the air temperature during summer reaches about 25-30 º C, while the water temperature reaches 25 -30 º C) and mineral water springs. The Bulgarian coast boasts about 30 seaside resorts, among which ten of them are acknowledged of national importance. Several beaches here have received the highest classification among beaches, namely the "blue flag" decoration, even before 2000. The "Blue Flag" is a distinction offered on the basis of certain environmental criteria, being organized by a non-profit foundation with the educative role on environmental issues. In other words, it is an international acknowledgement label of certain beaches that comply with strict cleanliness and offer flawless service. Bulgaria has ten Blue Flag beaches decorated with this distinction (some seaside resorts have as many as two beaches of this kind). Note that the most "rewarded" in this sense is Spain, with over 450 Blue Flag beaches.
The ancient Greeks called the Bulgarian Black Sea coast "Pontos Evcsinos" – “The Welcoming Sea”. The length of the Bulgarian coastline is of 378 km. The Bulgarian coast is as varied as the country's topography: open beaches, together with lagoons and bays, with deep, miniature dunes and cliffs, mountains covered with forests and romantic peninsulas covered with vineyards and orchards; fishing villages, private villas, modern resorts and small coves. It is worth mentioning that the Bulgarian seaside is one of the most welcoming and inexpensive destination for families with children. In addition to significant discounts offered here, on the beach there are organized clubs for children with staff (educators/supervisors) and even specialized kindergartens (especially in Albena). Most of the Bulgarian resorts are located quite far from the hustle and bustle of the big cities and at the same time, quite close to many tourist sites. In addition to relaxing on the beach, you can add multiple opportunities for touring in medieval towns and monasteries, participating in folk dance events, and trying the country’s extraordinary restaurants, bars, cafes, pubs, nightclubs and others for the finest tastes. The mild climate, aerosols, low levels of water salinity, lack of flora and fauna that are harmful to human body make Bulgaria one of the most sought-after vacation destinations.
Albena, Golden Sands, Sunny Beach and St. Constantine and Elena are similar in quality to the Mediterranean resorts, competing successfully with service of high quality, great facilities and a wide choice of entertainment options (bars, world-class restaurants, sports facilities and entertainment, shops, disco, etc). You can enjoy practicing different water sports such as surfing, windsurfing, paragliding, scooter, water parachute, water skiing, yacht rides, swimming; football, basketball, volleyball, tennis and golf on the beach. In several resorts you can also practice horse riding, especially in Nessebar, Sozopol, Obzor, Balchik, Pomorie and Cranevo. The numerous recreational possibilities constantly attract groups of young students and children. If you enjoy the atmosphere of typical fishing villages and untouched natural sites - you can pay a visit to the extraordinary rock site of Kaliakra (north of Varna) or to the Nessebar and Sozopol area to the south. Tourists will find in Bulgaria tiny "luxury resorts" including two up to four hotels of 4 stars or even five stars, as well as more isolated resorts. Up to now, on the territory of Bulgaria there are about 110 official resorts, among which 36 are of national importance ( five of them are mountain resorts and ten are seaside resorts) and 68 of local importance. The most important resorts on the Bulgarian coast, scattered from the north, on the border with Romania and all the way to the south, on the border with Turkey, are the following: Roussalka, Balchik, Albena, Kranevo, Golden Sands, Riviera, Chayka, Sunny Day, St . Constantine and Elena, Obzor, Elenite, Sunny Beach, Nessebar, Pomorie and Sozopol.

The major tourist attractions in Bulgaria

Further on, discover the natural beauty and architectural sites that Bulgaria offers. You can start by exploring the beautiful capital city of Sofia, scattered with century-old edifices built in Greek, Roman, Byzantine and Turkish architectural styles. Visitors will be enchanted by the diversity of interest places that the capital offers, among which numerous museums, churches, art galleries and concert halls. The most famous tourist attraction not to be missed here is the Nevski cathedral with its golden domes. You can continue your trip by exploring Rila Monastery which is located about 120 km away from Sofia. The monastery contains a large collection of ancient paintings, engravings and old weapons. A fire burnt down the building in the 10th century and the current building was erected in the 19th century. Further on, head on to the ancient city of Plovdiv. This town is the second largest in Bulgaria and is crossed by the Maritsa River. What is impressive here and offers the city a specific charm are its narrow cobblestone streets lined with old houses. Within a short distance, only 8 km far, the Batchkovo monastery can be found, which dates from the 11th century. The monastery contains several old frescoes and precious manuscripts. On your itinerary, Veliko Turnovo should not be excluded too. Veliko Turnovo is the capital of the Second Bulgarian Empire and boasts exceptional historical sites and old churches. Discover the Bulgarian sites that have been included by UNESCO in the World Heritage list, among which the well-maintained ancient walls dating from the 4th century and the Kazanluk Thracian tomb. If you are here during wintertime, try Bulgaria’s ski slopes, which have become lately de facto destinations for Europeans looking for cheaper ski alternatives. Also, do not miss Bulgaria's national parks, among which Bailusheva old pine forests and limestone cliffs of the Pirin National Park. The Raiskoto Praskalo waterfall is the highest in the Balkan peninsula and offers a breathtaking scenery.

The best time to visit Bulgaria

Bulgaria has a temperate climate with cold and humid winters, while summers are hot and dry. Springtime (especially from April to mid-June) is a very good time to visit Bulgaria, as the days begin to lengthen, the weather is fine, the theaters and cultural centers are always open and the prices are usually lower because the tourist season does not start yet by this time. Summertime (mid June to early September) is ideal for long walks and festivals, but it is also the busiest tourist season. Temperatures can get very high during this period, the Black Sea beaches are extremely crowded and tourist hotels get quickly packed in. September is perhaps one of the best months to visit Bulgaria. Autumn trees are beautiful, fruits and vegetables are abundant, prices are reasonable for the end of the season, most tourists return home and the Black Sea water is still perfect for swimming (as well as tanning). The winter season, ideal for skiing, starts in December and lasts until April.
Sponsored Links

Write your Review on Bulgaria and become the best user of Bestourism.com 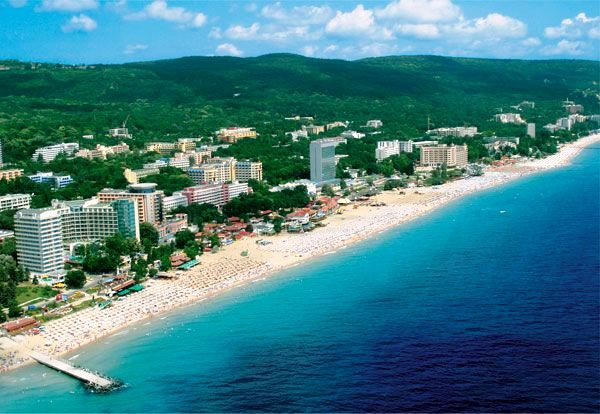 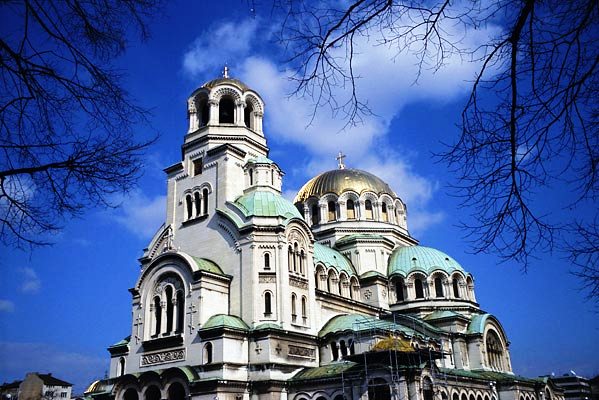 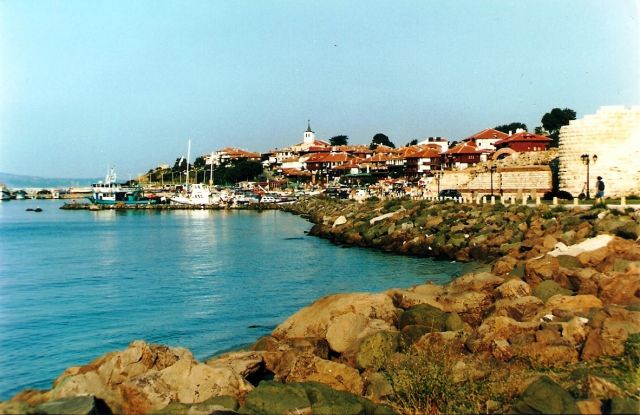 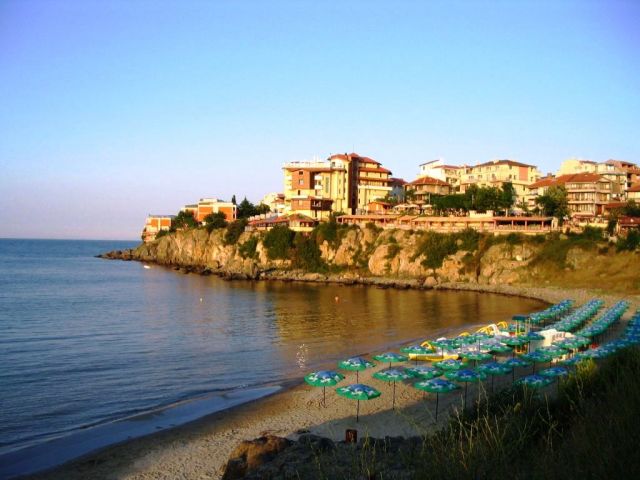 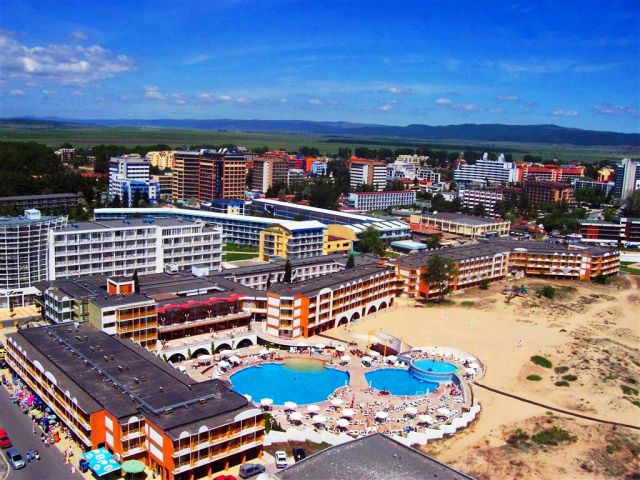 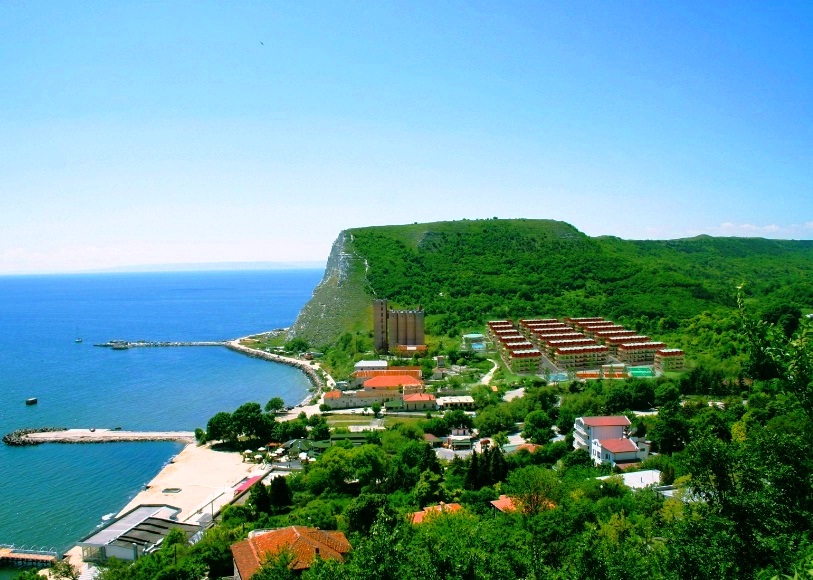