Throughout its history, Philadelphia was considered one of the most multi-ethnic cities in America: Italians and Irish, Eastern European and Asian, black people live here. They all migrated here during the civil war, that’s why the city is viewed as a mix of races and immigrant cultures. Philadelphia was founded in 1682 by William Penn. Popular nicknames for Philadelphia include "The City of Brotherly Love" ( coming from the literal meaning of the name in Greek “ philos” which means love and “ adelphos” which means brother) and Philly. In 1776, in Philadelphia, the Second Continental Congress of the thirteen North American states adopted the Declaration of Independence. In 1775 Philadelphia became the capital of the "United Colonies", and in 1790 it became the first capital of the United States and the largest city in North America. It is considered “the birthplace of America and of America’s modern democracy.” One of the most famous inhabitants of the city was Benjamin Franklin.

The climate in Philadelphia is characterized as subtropical and oceanic with clearly-marked seasons. Summers in Philadelphia are generally hot and muggy . Winters are relatively cold, and springs and autumns are mild. The average temperature in July is of 25 C, but there are rare summer days when the temperature reaches 35 C, which along with high humidity evaporates quickly. The average temperature in January is around zero Celsius. Frost and temperatures below -18 C occur only a few times in the decade, but there are often frosts to -10 C. The snowfall is extremely variable from year to year. Winters with heavy snowfalls can be replaced by light snow.

in Philadelphia Some well-known attractions include: The Penn Center, The Powell House, the Italian Market, Acquarama., the Independence Hall, the Liberty Bell and the Christ Church. The Elfreth's Alley and the country's first department store Wanamaker are the most popular meeting places in downtown Philadelphia. Philadelphia Elfreth's Alley is the oldest street in the U.S. Its 30 houses were built in the 1728-1836. Meetings of the Philosophical Society are still held in the Hall of Philosophy which were once began by Benjamin Franklin. In Philadelphia there is also the University of Pennsylvania, the Drexel Institute of Technology, Franklin’s Institute, the Academy of Natural Sciences. All in all there are 88 universities and colleges. Fairmount Park is one of the largest urban parks in the world. Its territory is situated in the country's oldest zoo founded in 1874.

Philadelphia is viewed as a city of an old splendor and beauty. All its prosperous districts and its exciting historic buildings , united in the center are being restored and renovated.The  City Council of granite and white marble, finally, depicts a high tower, which had been chained to the scaffold for years. The renovated main station of Philadelphia now looks like it looked during the Great Depression. More than any other cities, Philadelphia is exemplary in terms of the history of American architecture. Main Street in Manayunke entered the top ten best streets in America, thanks to its buildings of the XIX century, shops, art galleries and pubs. The Pennsylvania State House known as Independence Hall began in 1732. It is considered the birthplace of the U.S.A. Here the Declaration of Independence was adopted. The Constitution of the U.S.A. was also debated, drafted and signed here.

Franklin Square is one of the fifth Philadelphia’s public squares. Laid out by William Penn the place was renovated and now boasts many attractions as a golf course, a carousel, a picnic bench and a burger joint. There is also a fountain in the center which is the oldest surviving of all five historic squares. Benjamin Franklin Bridge is one of the best places to rest in summer. Art is flourishing here, primarily in the theaters and the performance centers built on the Avenue of Art. The Philadelphia Orchestra, the Ballet of Pennsylvania, the Philadelphia Opera, as well as jazz and studio drama and musical theaters are all situated on Broad Street. The city thrives with cooking, and the locals love to offer their delicacies such as cheese steaks, great sandwiches and hot bretseli with salt.

The Pennsylvania Railroad was founded in Philadelphia in1846 . This company owned an extensive network of railroads in the northeastern part of the United States. In the years of greatest prosperity, this railroad company controlled about 16,000 km of railways and up to 250 thousand workers and employees worked there. In 1968 the company experienced a merger with the Central Railroad of New York and ceased to exist.

The Museum of Archeology and Anthropology was founded in 1887 at the University of Pennsylvania in Philadelphia. At the beginning of the XX century, the museum organized a number of important archaeological and anthropological expeditions to Egypt, Mesopotamia, Africa, Asia and Latin America.

The English Mütter Museum is a museum of medical pathologies, ancient medical equipment and biological exhibits, situated at the College of Physicians in Philadelphia. The Museum was first used for medical research and education, but nowadays it is a public museum .The Museum is best known for its large collection of skulls and unique items, which include, for example, the human intestines length of 5 inches (12.5 cm) and a female corpse that turned into soap in the ground, where she was buried. The exhibition presents a set of wax models, as well as preserved bodies and skeletons. Many visitors are surprised to see the preservation of a baby in a woman’s womb. The Museum is supported by the College and open to the public, you have to pay for the entrance.

The tallest skyscrapers are situated in downtown Philadelphia: the Comcast Center (297 meters), One Liberty Place (288 meters) and Two Liberty Place (258 meters). The skyscrapers are favorably located near the Philadelphia City Hall and the Masonic Temple. Both buildings are, without doubt, masterpieces of architecture. From the City Hall you will find a way through the Love Park to the Logan Square or Logan Circle. Further in a straight line you will find a wide avenue leading to the grand Museum of Art of Philadelphia. The Museum is considered one of the largest buildings in the U.S., with its wonderful view of the steps in Philadelphia. Seventy two stone steps lead to the Museum of Art. They are called " The Rocky steps". Sylvester Stallone ran on these steps, practicing his role of an actor before a fight in a movie about Rocky Balboa. The place became so well known that next to the museum they have put a bronze statue, very popular among tourists.

As you see above, Philadelphia delivers a wide selection of options for its visitors. It also has many luxury hotels with scenic waterfront views. It is rich in history, culture and symbolism. Philadelphia it is also known as a city of great architectural history which goes back to Colonial times. It has a great variety of historic buildings, structures, sites, objects and districts all included in the Philadelphia Register of Historic Places. The typical home for Philadelphia has been the row house, that’s why a variety of row houses can be seen here.

Write your Review on Philadelphia-one of the East-Coast's "must-visit" cities and become the best user of Bestourism.com 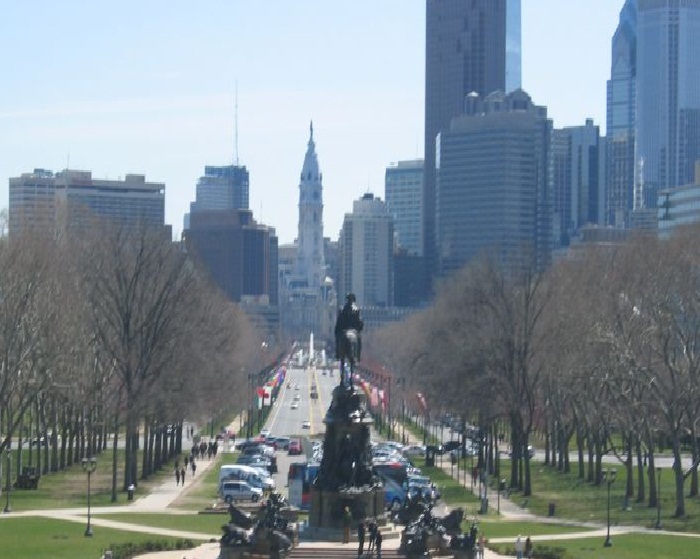 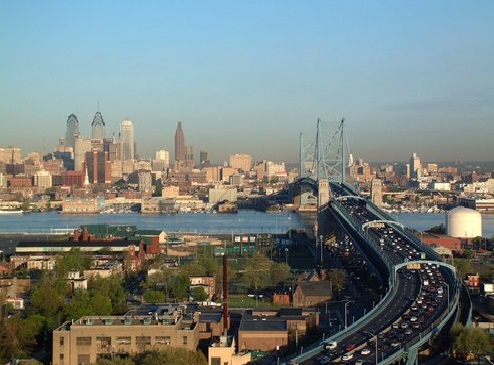 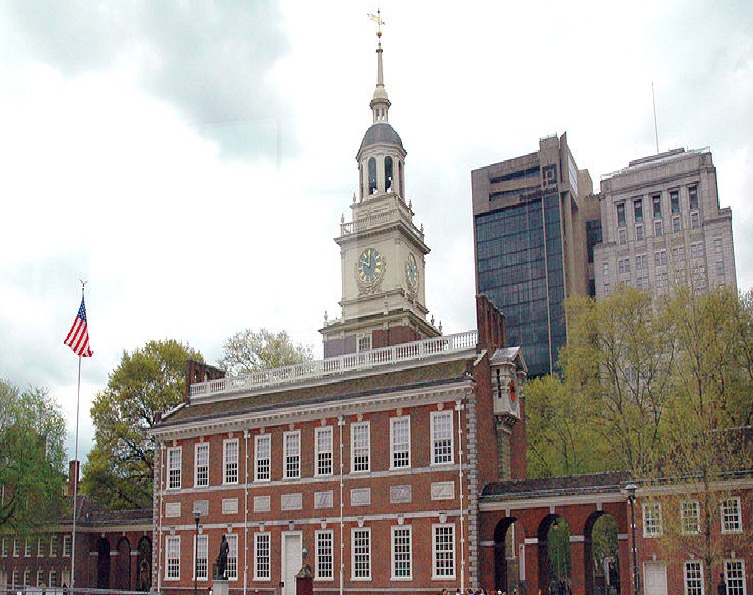 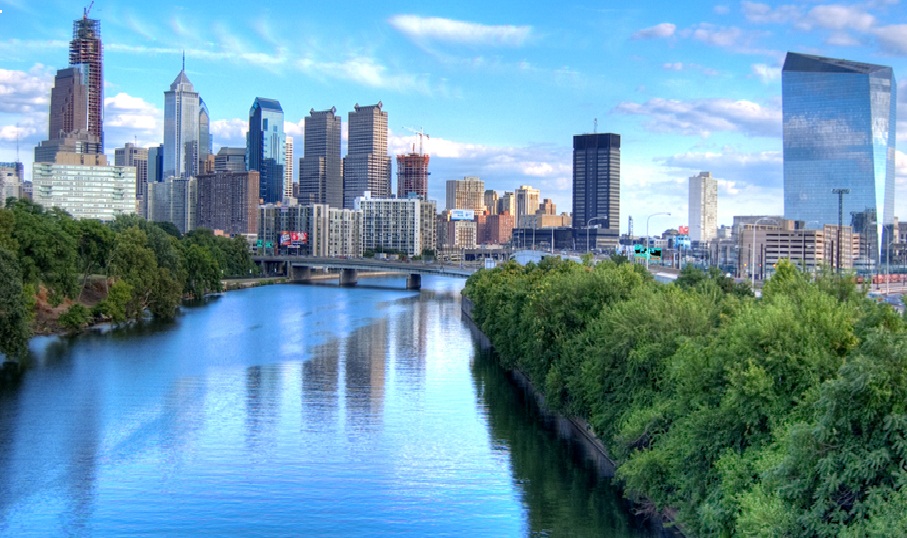 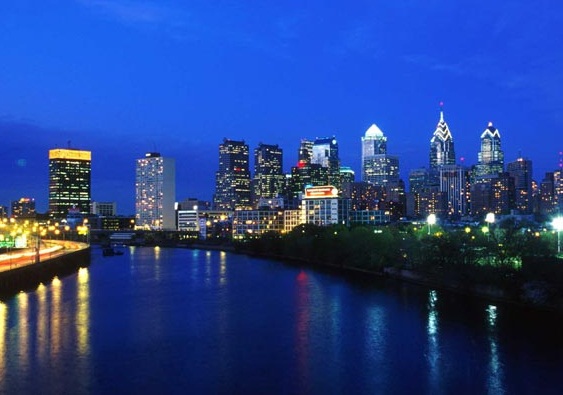