Norway, officially called the Kingdom of Norway, is located in the western part of the Scandinavian Peninsula. The capital city of Norway is Oslo. Norway covers an area of 385,639 km square, and the number of inhabitants reaches 4.5 million, according to the 2004 census. Other major cities besides Oslo are: Bergen, a cultural and tourism center; Trondheim, where the majestic Nidaros cathedral can be found, built in the eleventh century; and Tromso, which offers access to the Arctic Ocean. Norway has a spectacular history due to Vikings who wandered the world’s seas on their great ships. Towards the middle of the ninth century, Viking settlements existed in the British Isles and Iceland. A century later, Erik the Red led the Vikings to Greenland, and around the year 1000, the Vikings reached North America under the leadership of Leif Eriksson. Norway's rich folk culture also originates from the Vikings period - an example in this sense is the impressive medieval saga. Among the Norwegian writers of the modern and contemporary world, Henrik Ibsen, Knut Hamsun and Sigrit Undset, Nobel Prize winners, have an international reputation. The most renowned Norwegian composer is Edvard Grieg, famous in particular for Peer Gynt. In recent years, Norway draws an increasing number of tourists, especially in mountain resorts. An enjoyable and effective way to discover a new place and its attractions is to hire a guide for an organized visit. In Norway, there are hundreds of such opportunities, with well-informed guides who are eager to share your knowledge with them. The most common way of sightseeing in big cities is the city tour bus. Since many Norwegian towns are situated on the coast, this ride can be done by boat too, with a guide.

Norway is divided into 19 districts (fylke). Norway's main cities are: Oslo (the capital), Bergen, Trondheim, Stavanger, Kristiansand, Drammen, Skien, Molde and Tromsø. Oslo is Norway's capital and has over 600,000 inhabitants, concentrating about 11 % of the entire population of Norway. The metropolitan area extends all the way to the Akershus County and boasts a population of over 1,400,000 inhabitants. Oslo is located in the northernmost end of the Oslofjord. There are 40 islands on its territory, among which the largest is Malmøya (0.56 km ²). Oslo also features 343 lakes, the greatest of them being Maridalsvannet (3.91 km ²). This is the most important source of water. The highest point is Kirkeberget, reaching 629 m. Oslo was founded around 1048 AD by King Harald Hardrada. The origin of the name is unclear. Oslo became the capital of Norway under the reign of Håkon V (1299-1319), the first king who settled down permanently in Oslo, and also initiated the construction of Akershus castle. A century later, Norway has become the weaker link in a union with Denmark, and the importance of the city has been limited to the rank of administrative center of Danish power. The fact that the University of Oslo was founded only in 1811 had an adverse effect on the country's development.

The most beautiful places to visit in Norway

Norway is the land of landscape diversity, where magnificent panoramas take your breath away. Mountain regions abound in vast plateaus and splendid peaks. The fjords are among the most spectacular scenery in the world. The Eastern area of Norway, together with Trøndelag, features dense forests, while the shores in the south-west and far north offer long sandy beaches. Norway is the country of rivers, streams and impressive waterfalls, which have made it famous worldwide. Twenty-one national parks offer great opportunities to admire the wild landscapes for nature lovers. We recommend a 10-day trip around the beautiful fjords and valleys. Among the best tourist attractions, you should not miss the romantic Setesdal and the winding roads of Haukeil and Hardanger. Mountains can be crossed between the splendid Hardangerfjord and the historic city of Bergen, as well as between Bergen and the impressive Sognefjord. Also, do not miss the Western Cape, with Hamar and Lake Mjøsa; Gudbrandsdalen, one of the most beautiful valleys in Norway; Vague and Lom with their medieval wooden churches. A trip to Dalsnibba, located 1494 meters above sea level and a ferry trip on the famous Geirangerfjord will be the last touches in this part of Norway. If willing to explore the mountainous areas, the main attractions on this route should include: Kongsberg with its old silver mines, the wooden Churches of Numedal, the open-air Museum at Fagernes and finally a boat trip on Lake Gjende. When exploring the South Coast and Telemark, you can start from Oslo, Larvik, Kristiansand, Stavanger and Haugesund toward the coast, where you can visit the picturesque towns that evoke maritime atmosphere, tan on the beach or go camping. When heading to the fjords, pay a visit to the historic city of Bergen. The narrow and winding roads on the way to Sognefjord will offer you great panoramic views. Visit also the old stone bridge north of Vadheim, the Jølster Lake and Våtedal, with its mountain peaks. If you plan to reach the Northern Cape, you can also start with Oslo, Norway's capital; after several hours' ride to the north you will reach the picturesque Gudbrandsdalen, then Dovrefjell, located 1026 meters above sea level, the highest point on this route. Further on, head on to Trondheim and its magnificent cathedral. Then, cross the Arctic Circle at an altitude of 692 meters and you will finally arrive at North Cape, the northernmost point of mainland Europe. And last but not least, explore Helgeland and Lofoten, a car ride along the Helgeland coast has been said to be the most beautiful ride in the world.
Norway has a lot of beautiful churches, many of them built of stone. Yet the most renowned among them are the wooden churches. There are also several fortresses, especially in big cities. Norway has few castles in the traditional sense, but has many great mansions –the “castles" from the Norwegian folk tales were probably the large houses of wealthy farmers. The majority of historic buildings can be visited here, but the program may differ greatly from one another. You may want to see the place where the Norwegian Constitution was signed or the home of a famous writer. Or maybe you wish to explore a Viking home or a site from the Second World War. Look everywhere you go for local tourist information. You might bump into an interesting place without ever knowing so!
Norway features a wide variety of museums and exhibitions for all tastes. The most of open-air museums are actually old buildings that have been preserved for posterity. Museums with indoor exhibitions range from large national museums to tiny museums specializing in a particular industry. Often, museums offer special temporary exhibitions or activity each day, where public can participate. Across the country there are art galleries, presenting the art works of traditional artists as well as experimental works.
For animal lovers, there are organized numerous "safari" to take pictures of moose, muskrats oxen, whales, beavers and eagles. The ornithological wealth makes Norway an ideal place for bird lovers.
Sponsored Links

Write your Review on Norway and become the best user of Bestourism.com 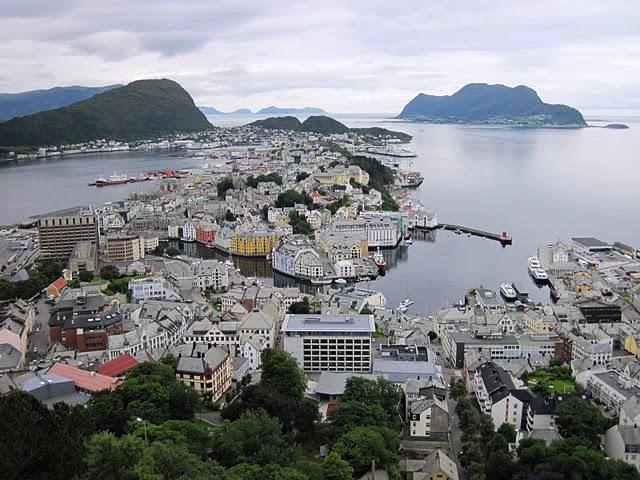 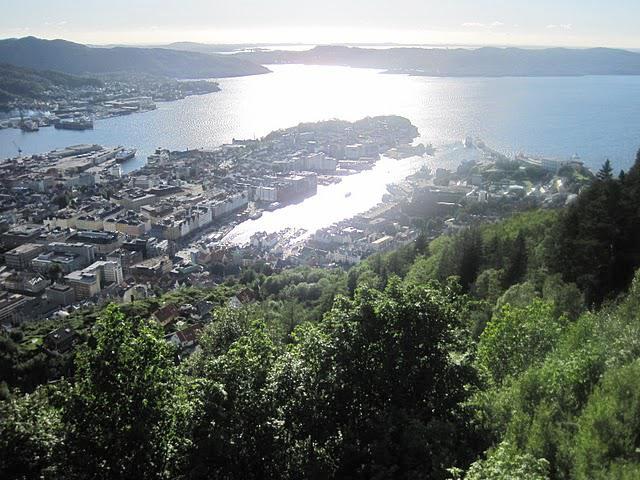