Destinations / The best places to visit in Alaska, USA / Kodiak

The city of Kodiak is located on the second largest island of United States, Kodiak Island, in the Gulf of Alaska. Kodiak was incorporated as a city in September 1940 and in 1965 the city voters adopted a City Charter, a municipal constitution. Kodiak represents a significant part of the Kodiak Island Archipelago, an amazing group of islands that stretch roughly along the Katmai Coast in the Gulf of Alaska, that is at about 200 miles South from Anchorage. It is a very large port in Alaska and attracts thousands of tourists each year. The pitoresque places and attractions make the city as a pot of honey which delight the guest with excellent sightseeings.

The beautiful city of Kodiak has been inhabited by the Natives of Allutiq, for about 8,000 years, they are the descendents of Pacific Eskimo. The archeological discoveries, made during the time, on the island territory are often rewriting historic books about these unique people. Kodiak is the oldest European settlement in Alaska , and the Russian arrived here early in 1763. The traders and hunters were seeking for the pelt of the sea otter, and established the first Russian colony in North America, on the Southern part of the island, in 1784. Later, in 1792, the colony was moved to the present location of Kodiak, and remained there until the headquarters were moved to Sitka in 1804. The island was named Kodiak, by Captain James Cook of the British Royal Navy. A huge disaster was recorded in Kodiak in 1912, due to the eruption of Novarupta. The volcanic explosion covered the city with volcanic ash, and blanketed the town under nearly two feet of drifting pumice. The houses were destroyed, the wildlife killed, and the food for the locals disappeared. In 1964 on Good Friday a powerful earthquake rocked a significant portion of Alaska, and giant tsunami came till Kodiak. The downtown area was completely damaged, and the harbour facilities were really washed away by the violent waves. But in our days the city was completely developed, were rebuilt the business districts, and looks like a modern city in Alaska, while the every day of its live and the precious atmosphere preserves the fantastic charm of the old village.

Cool summer ocean breeze and mild winds in the winter give to Kodiak a moderate climate. But due to its proximity to the changes of weather of the cold Arctic and the effect of the Japanese warm current make the weather in Kodak to be often rainy, foggy, is changing all the time. On the sunny days, that are very frequent you will be surprised by the most excellent mountain and coastal scenery that you ever seen. The city of Kodiak is the second largest port in United States and has more than 2,000 fishing vessels for commerce. Throughout the town are operating nine seafood companies. This fishing community is beautifully surrounded by splendid parks and refuges, featuring the Afognak Island State Park, Shuyak Island State Park, Alaska Maritime National Wildlife Refuge, which is known for the Kodiak brown bear, the largest land carnivore. One more incredible attractions is the Kodiak National Wildlife Refuge.

Kodiak is a majestic town, made of mountains, forests, bays, inlets and wetlands. The refuge cover about two-thirds from the Kodiak Island. The island of Kodiak includes a irregular coastline, made of bays, inlets, and rugged mountains, beautifully covered by alpine vegetation, transforming the space into a spectacular paradise. The entire Northern part of the Kodiak Island is dominated by spruce forests, which cover even the entire Afognak Island portion of the amazing refuge. The interior of the refuge is spreaded with lush and dense vegetation. The Kodiak was founded in 1941 and was meant to protect the precious habitat of brown bear. Near the brown bear habitat there exist five native land mammals that include red fox, river otter, short-tailed, weasel, tundra vole and little brown bat. To the island were successfully introduced the black tailed deer, the beaver, bald eagles that found their home on the refuge. These animals are living in a perfect harmony with the natives and the modernity of the city, everytime enchanting the visitors. The outdoor activities abound the city and create veritable places for tourist to enjoy lovely moments. The city offers a supply without end of culture and history, owerwhelming wildlife, and stunning scenery of the nature.
Sponsored Links

Write your Review on Kodiak and become the best user of Bestourism.com

Others The best places to visit in Alaska, USA .

Others from The best places to visit in Alaska, USA

Alaska is the largest state in the United States, covering a huge land area.
It is a great and pitoresque state, rugged and wild with amazing glaciers, countless rivers and beautiful lakes, stunning mountain peaks and some active volcanoes that make this place a really magnificent one.
Alaska is a bright star in the United States which features plenty of incredible attractions that are worth your visit.
Do not hesitate to visit it, with all the remarkable landscapes that truly beautify the country, offering wonderful and breathtaking sights, charming all the tourists.
Feel free to check Alaska’s best tourist attractions, and you will spend here the best vacation in your life. 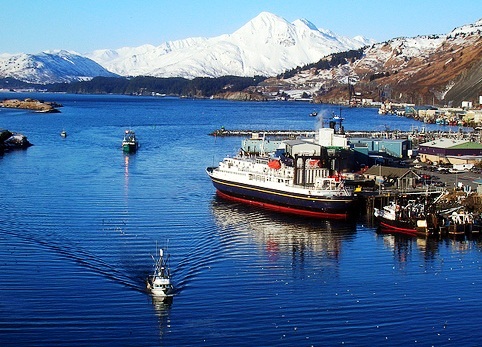 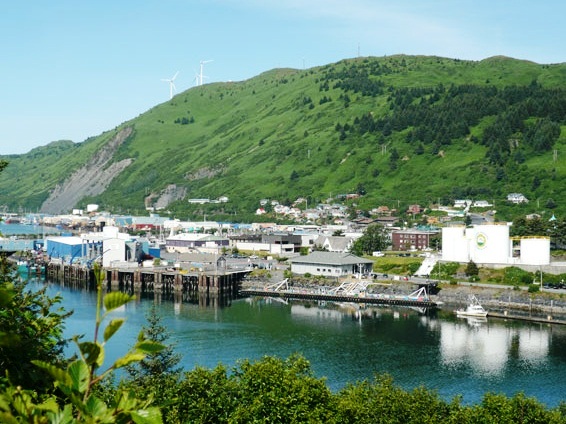 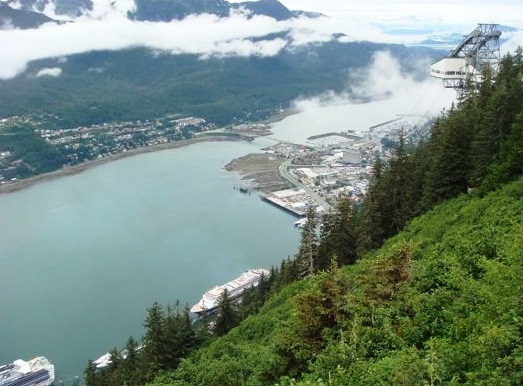 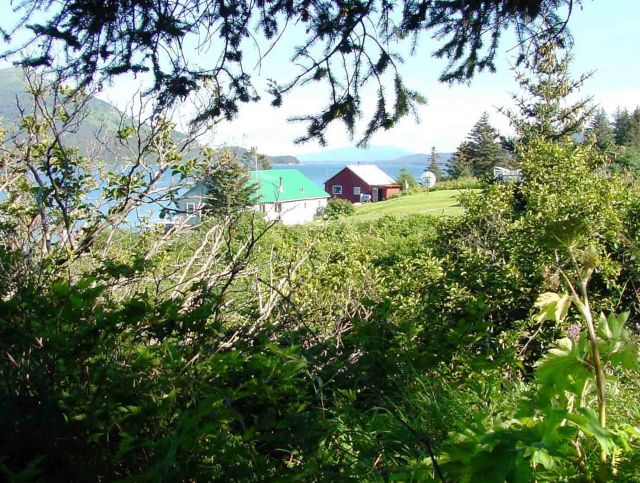 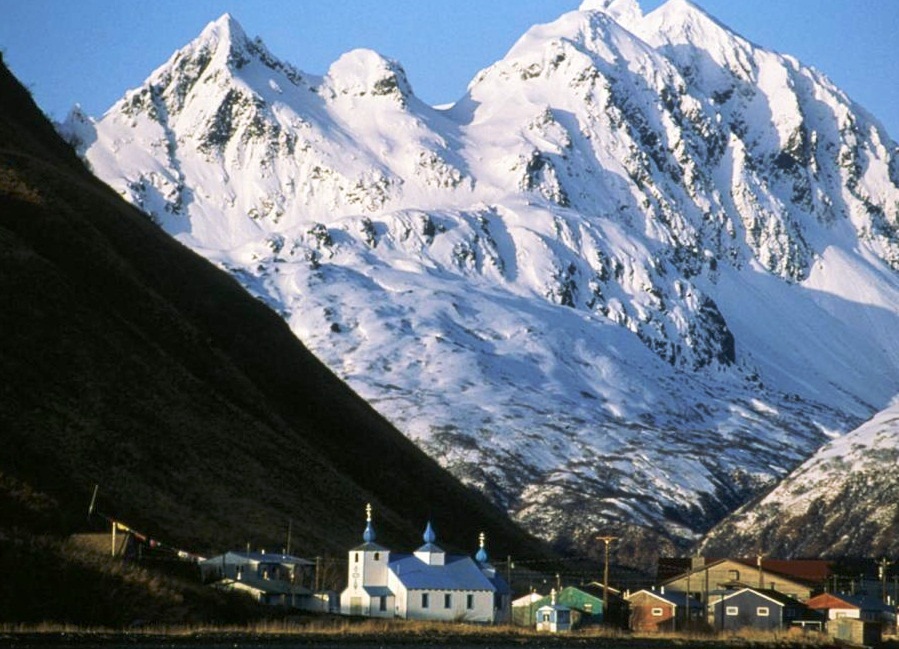 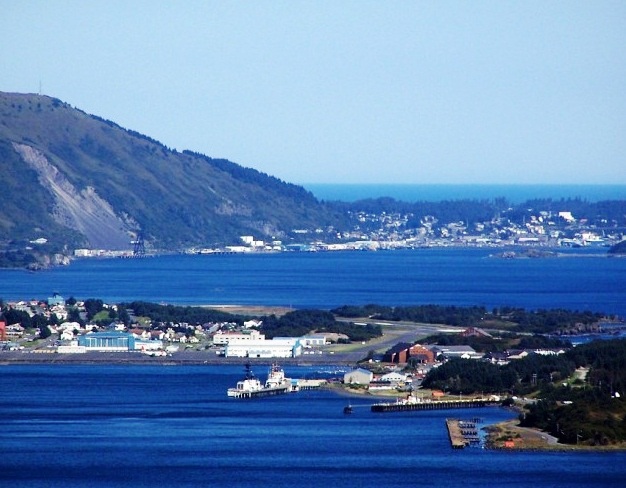