Destinations / The most beautiful places to visit in Chianti area, Italy / Radda in Chianti


About Radda in Chianti

Radda in Chianti is a commune and a town located in Tuscany, in the northern part of Siena province, at the border with the province of Florence and Arezzo. The town is located within a close proximity to the main gems of Tuscany,at about 35 km southeast of the beautiful city of Florence and 15 km north of the ancient city of Siena. Radda in Chianti shares borders with the municipalities of Cavriglia, Castellina in Chianti, Greve in Chianti, Castelnuovo Berardenga and Gaiole in Chianti. Perched on the top of a hill covered with lush woodlands and extensive vineyards that separates Val di Pesa and Val d’Arbia along the Chianti area, this little town is mainly renown for its natural beauty. Standing at an altitude of 800 meters and covering an area of only 80 square kilometers, Radda is Chianti is a relatively small town with a population of about 1200 inhabitants. It is one of those many tiny Chianti villages awaiting to be discovered by the crowds of tourists. Nowadays, Radda in Chianti has become a prosperous little town. The local economy here is mainly based on the production of agricultural products, particularly wine, as well as clothes and furniture production. Remarkable in Radda in Chianti are the extra virgin olive oil and great Chianti wines, famous in all over Chianti area. The surrounding hills are rich in medieval castles, of which some are ruined by time, while others have been transformed into private properties, being inhabited. Plenty of excellent farmhouses offering accommodation and refreshment have emerged in Radda and its immediate vicinity lately, the perfect spot and starting point to discover Radda in Chianti, its surrounding area as well as the splendid cities of Florence and Siena. Renting a car here is strongly recommended, as the little town has limited bus service.

History of Radda in Chianti

The name of Radda in Chianti is derived from the compound of "Radda", which is a German proper name of person, and “Chianti” which was added in 1911, an Etruscan proper name of person "Clanti" referring to the area where the town is located. Radda was first mentioned in 1003 in an edict issued by Emperor Otto III, yet Etruscan settlements in the area depict an ancient origin. Archaeological discoveries of pottery shards and remains of stone houses here reveal an original 6th century B.C. settlement. By the 1st century AD, the area has been controlled by the Romans, which were defeated in Barbarian invasions during the 5th century. The real consolidation of the village occurred during the Middle Ages. Several small hamlets began to arise and the region slowly developed into a feudal society. Radda registered a progress period and the settlement began to increase in size, becoming the most densely inhabited community in the Chianti region by the 11th century. The local economy has started to develop too, most of the population being involved in growing olive-trees and vineyards; later on, they started practicing artisan activities such as the manufacturing of linen and hemp. By 1220, Radda was bought by the noble feudal family of the Conts of Guidi, who set their control here under the Imperial authority of Frederic II. Radda in Chianti was controlled by the Guidi Counts up to the end of the 13th century. The Florentine Republic conquered the village, as a result of a quarrel between the above mentioned family and the Florentines. Under the dominion of the city of Florence, the village has been greatly fortified. In 1250, the Florentine Republic divided the territory of different rural communities into three separate areas, and by the the end of the 14th century, Rada became a Podestà's seat. During the Florentine rule, the village has achieved a great economic development. From the 15th century, the town has been adorned with beautiful palaces, while the existing ones have undergone restoration work, under the dominion of the Medici's Grand Dukes. It was only the early 16th century that Radda has truly known peace and serenity. By this time, it became an active agricultural center. This is also the time when an organization that had as main purpose to promote wine production was created. Several noble families here transformed their estates into vineyards, starting to produce the Chianti wine, nowadays the most famous wine in Italy. In the 18th century, the Lorena's Dukes undertook the control over the village, the latter acquiring the rank of autonomous common. However, the Lorena's domination was interrupted by the invasion of the territory by the French troops leaded by Napoleone Bonaparte. Further on, Radda in Chianti was annexed to the Kingdom of Italy by the King Vittorio Emanuele II of Savoia.

Under Florentine dominion, Radda in Chianti was assigned the capital of the Chianti League and the seat of the Florentine governor. The latter lived in the splendid Palazzo del Podestà dating from the 15th century, which still stands today. The facade of the building is embellished with several coats of arms. The town has managed to preserve its medieval appearance, with narrow streets all leading to the main piazza in town, where the Church of San Niccolò can be found, an ancient church that contains a sacred wooden Crucifix from the 15th century. The town has developed throughout time around the Church of San Nicolò and Palazzo Pretorio. Within a short distance from this square, visitors will reach the Grand Duke's Ice house. Noteworthy is the Museum of Sacred Art of Chianti too, housed in the Franciscan Convent of Santa Maria in Prato; here one can admire valuable art works from the Chianti area, among which a precious polyptich by Neri di Bicci (1474) illustrating the Virgin Mary with child and saints. The surroundings of Radda in Chianti boast several interesting sights to not be missed, among which medieval castles and parish churches, such as the Castello d'Albola, Castello di Monterinaldi, Castello di Volpaia and Santa Maria Novella.
Palazzo del Podestà is the Town Hall of Radda in Chianti. It was originally built in the 14th century however it was completely destroyed during the Aragon invasion in 1478. In the 1700s, the Palazzo was fully reconstructed and enlarged by the addition of a second level and prison. Since then, for already more than four centuries, the Palazzo has served as seat of government. The exterior façade of the building has been preserved intact and is covered by the coats of arms of great local families, the oldest ones dating back from the 15th century. On the first floor, a recently restored fresco attributed to the Florentine school from the 16th century can be found. The beautiful stone work and the genuine architecture make it a remarkable sight to visit in Radda in Chianti. Nearby, the convent Santa Maria in Prato is located, dating from the Middle Ages.

Accommodation and eating out in Radda in Chianti

Visitors coming to Radda in Chianti do not have that much accommodation opportunities, yet the little town does have a few good hotels. Lately, the number of small hotels here has increased, due to an increasing number of travelers on this land. Among the best hotels in Radda in Chianti there are My One hotel Radda, Palazzo Leopoldo, Palazzo San Niccolo, hotel Radda, and Relais Vignale. The options for dining out in the town are not as diversified as well. The restaurants offer mainly local specialties, as well as other important Italian dishes. The vantage point is that great wine is easily available, as the area is rich in vineyards. The following restaurants are considered best in town: Al Chiesa Di Portici, La Paghera Di Baccio, Relais Vignale, and Osteria II Tocco.

Festivals in Radda in Chianti

Radda in Chianti hosts many interesting festivals too. Among the most famous festivals in town there are the Vintage feast, held annually in September, and the wine feast, held yearly in March. These festivals are much popular among wine lovers and connoisseurs. Visitors who will attend these festivals will have the chance to taste some of the best wines in the region.
Sponsored Links

Write your Review on Radda in Chianti and become the best user of Bestourism.com

Maps of Radda in Chianti 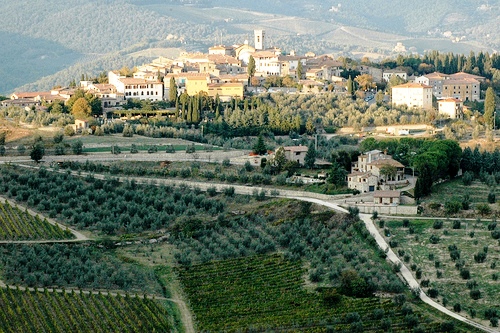 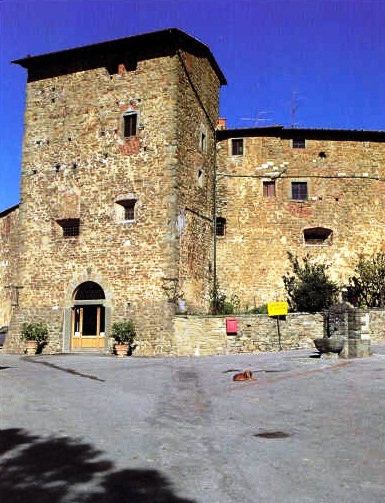 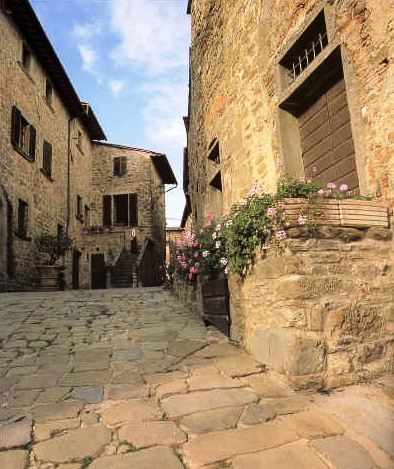 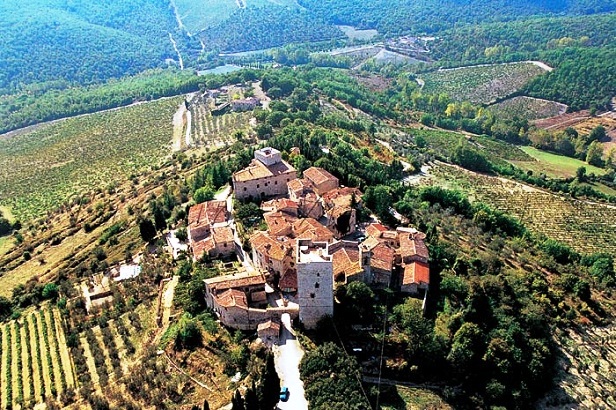