Destinations / The best sightseeing places to visit in the U.K. / The Windsor Castle-legendary place

Of the many Royal Palaces in Europe none can trace its origin to so early a period as Windsor Castle does or is so closely connected with the national history. Situated at 35 kms far from London the picturesque town of Windsor hosts millions of tourists from all around the world each year. The secret of this town is that there is situated one of the most beautiful castles from England. The Windsor Castle is considered one of the most beautiful and romantic monuments in England. Its name comes from the word Wyndleshora («winding shore"). It is located in the town of Windsor, in Berkshire. It is the largest castle in size in the world and the oldest surviving buildings since antiquity. The Windsor Castle is one of the three official residences of the Queen of Great Britain, and for nine centuries it was used as a defensive castle.

For over 800 years the Windsor Castle has been the residence of the Kings and the Queens of England. The building on the present site is undoubtedly of Norman origin, and the site itself was originally chosen for strategic purposes. Interesting and attractive stories attributing the origin of the Castle to Roman and Saxon times are probably legendary although it is known that Edward the Confessor had a palace at Old Windsor, some three miles away. It is at any rate certain that in the year 1086 entry is found in the Domesday Book referring to a Fortress on the present site. During the reign of the Norman Kings the Castle grew in importance, and the buildings had attained the proportions of a Royal Palace. The Round Tower has been the central feature of the castle since its original conception. First of all, a wooden structure to keep out of the tower under the supervision of one of the roads in London was built on the high bank of the Thames. The first stone walls were built only in the classic European standards: at first, an artificial hill was erected, and a dungeon or a citadel was built in the center of the tower. Originally the tower was transformed into a fortress. The base of the hill girded a circular moat and the moat was built around two concentric walls. The rove could not fill it with water, it very quickly seeped into the Thames through the soil.

So today, there is a lovely garden at the bottom of the ditch. Currently, the Windsor Castle is mainly visited in summer. As it is the residence of the queen it is known that when the members of the Windsor dynasty are in the lock, visitors are not allowed there, but on other days they have access. Today, the old castle complex consists of three parts: Lower, Middle and Upper yards. Each of them is surrounded by walls and towers. All the gates of the castle are in the middle courtyard, where the towers are. Their height is of 45 meters, and on top they climb 220 steps. Today there is an observation deck, which offers magnificent views of the surrounding area. When the Queen is in the lock, the Round Tower posts her personal standard. This tower is famous by the fact that King Edward II gathered Knights of the Round Table . The present Tower is considerably higher than any previous building, and is crowned with a flag tower, from which the Royal Standard is flown when the King is in the residence, the Union Jack being displayed on other occasions. An ornamental old-time garden now takes place of the original moat. In the centre of the Tower is a well, 164 feet in depth. For varied picturesque scenery and for historic associations, few parks can rival Windsor Great park, access to which is via the celebrated Long Walk, which is entered from Park Street. In the northern part there are halls of government practices that are available to visitors during the absence of the queen. They are used for official receptions and are richly decorated with paintings, antique furniture and other artistic and historical value, such as the armor of Henry VIII; here you can see the bullet, torn life of a famous naval commander Nelson.

Interesting facts about the Windsor Castle

The magnificent staircase to the towering over the statue of George IV, Sir Francis Centro was built in 1866 for Queen Victoria. Most of the castle rooms are furnished by Whiteville commissioned George IV, but three rooms have survived since the days of Charles II. Near the entrance to the halls of the government there is the Doll's House (Dollhouse), the creation of Sir Edwin Lyutensa, donated in 1924 to Queen Mary. There are 40 rooms, plumbing with hot and cold water, five bathrooms, a lift and conducted electricity. The house was built by the best artisans and craftsmen. The main attraction of the lower court is the Chapel of St. George (St. George's Chapel). Above its altar is the banner of the Garter. The remains of many English kings, including Henry VIII, Charles 1, and George IV, also the monuments of George V and Queen Mary lie here. The Chapel of the Prince Albert (Albert Memorial Chapel) was built by the order of Queen Victoria as a monument to her beloved husband Albert, the Prince of Saxony, Coburg and Gotha. He died in 1861 at Windsor. Queen Victoria and Prince Albert are buried in the royal mausoleum in Frogmare, near Windsor. Visiting the palace one can see the royal apartments, the apartments of the public reception, decorated with beautiful tapestries and works of Van Dyck, Rembrandt and other famous artists, Queen Mary's dollhouse, an exhibition of royal dishes and many others. You may also visit the chapel of St. George and see Prince Albert’ s memorial. At 11 am at the walls of the castle the changing of the guard ceremony starts. Marched through the streets of the town guardsmen with the orchestra in front, enter the palace gates, and the main square of the palace is a colorful and elaborated ritual. Leaving Windsor on the royal train station, you can see a museum of great rarity. It is an antediluvian steam engine, which at one time pulled wagons with the royal family. Now, the station turned into an attractive department store used by famous British firms.

Write your Review on The Windsor Castle-legendary place and become the best user of Bestourism.com

Maps of The Windsor Castle-legendary place 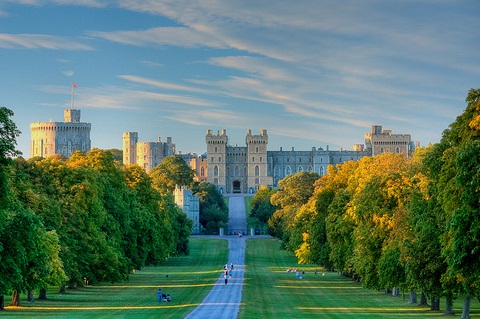 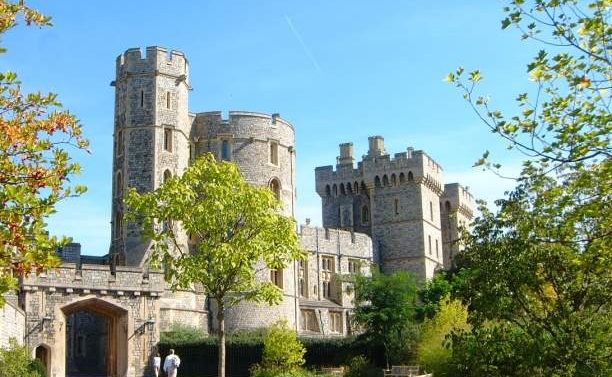 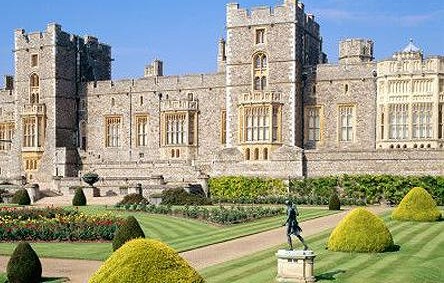 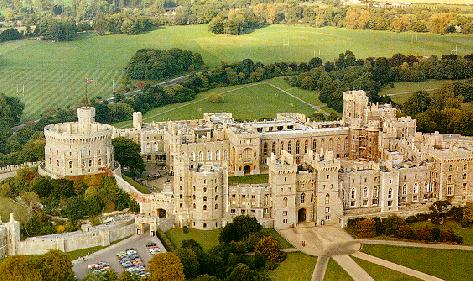