Tavarnelle Val di Pesa is a small and charming town located in the southern part of the province of Florence, right on the border with the province of Sienna and the Chianti territory. The commune is strategically positioned only 25 km away from the beautiful city of Florence. The territory of Tavarnelle municipality covers an area of over 56 square kilometres in a hilly spot, rising about 378 metres above the sea level, on the high plain which separates the Val di Pesa from the Val d'Elsa. By 2004, the town had little over 7,000 inhabitants. Since 1898, Tavarnelle has become a municipality, including the rural communities of Badia a Passignano, Sambuca Val di Pesa, Tignano and San Donato in Poggio, which were previously governed by Barberino Val d’Elsa. Initially called Tavernelle, in 1909 it acquired its current denomination. Tavarnelle Val di Pesa shares borders with the municipalities of Certaldo, Barberino Val d'Elsa, Montespertoli, Castellina in Chianti, Greve in Chianti, San Casciano in Val di Pesa. Nowadays Tavarnelle Val di Pesa has turned into a prosperous municipality. The local economy is based on the production of wine and agricultural products, particularly extra virgin olive oil and wheat, while a large industrial area can be found in the municipal district of Sambuca Val di Pesa.

Alike the whole Chianti area, the territory of Tavernelle Val di Pesa boasts a rich historical patrimony of buildings, among which ancient convents, churches, villas and farmhouses. Although of ancient origin, the town features a rather modern urban aspect, acquiring its importance in relatively recent times. Within the city, the major architectural attraction that should not be missed is the Church of Santa Lucia al Borghetto, a fine masterpiece built in Tuscan Gothic architecture style. In the proximity, there lay a few other noteworthy structures, specifically the parish church of San Pietro in Bossolo where the Museum of Religious Art of Tavarnelle is housed now, the parish church of San Donato in Poggio, along with the great monastery of Badia a Passignano.

Tavernelle Val di Pesa has Roman origins and was first mentioned in 790 AD on a map with the name of “Tabernulae”. As the name suggests, it relates to the ancient taverns which were located along the via Cassia –these were a stop point that offered accommodation, food, drinking and refreshment for those traveling from Florence to Siena and further on to Rome. Yet archaeological finds and scientific research reveal a much more ancient origin. Ruins have been found in the square facing the Church of S. Pietro in Bossolo, thought to be the remains of a fourth-century church; besides, a tomb dating back to 424 has been discovered here as well. The Val di Pesa, together with Val d'Elsa, was densely inhabited in the 8th and 7th centuries BC, as archaeological discoveries have revealed important Etruscan settlements in the area. Later on, the town of Tavarnelle has registered a great development as a result of the union of three ancient hamlets, namely Tavarnelle, Borghetto and Mocale, set on the juncture of the main roads leading to Florence and the medieval Via Francigena road in Val d'Elsa. The area has been initially under the rule of some noble feudal families such as the Albero and the Buodelmonti. The first houses arose in the vicinity of the Romanesque Church of Santa Caterina, set at the entrance of the village at that time. Most of the ancient traces of the town have vanished throughout time, as the village was subsequently devastates by attacks. However, there still stand a few buildings as testimony to the past importance of Tavarnelle Val di Pesa, such as the Franciscan Convent of the Borghetto, built in the 13th century. In the first half of the 13th century, it became part of the Florentine Republic, remaining outside the territorial struggles between the Florentines and the Sienese. Farther on, Tavarnelle Val di Pesa has suffered major changes, developing constantly. It annexed the villages of Mocale and Borghetto, which are nowadays two districts of the town. In the first half of the 19th century, there were built many new houses and roads here. In 1895, piazza Matteotti which is the main piazza in town was built, while in 1893 the Town Hall was erected. Until 1892, it was part of the municipality of Barberino Val d’Elsa, yet in 1893, it became a municipality, gaining its autonomy. During the Second World War, Tavarnelle Val di Pesa has suffered damages in many parts. Nowadays, even if the most medieval ruins are gone, visitors will still get to see buildings embellished with decorations dating from the 16th and 17th century. Today the town draws an increasing number of visitors, enjoying a great tourist expansion.

Among the major attractions in Tavernelle Val di Pesa, the Church of Santa Lucia al Borghetto is one of the most interesting places to visit, being a rare example of Tuscan Gothic architecture. The Church was erected in the 13th century by the Franciscans. It features a single nave which represents a remarkable example of Gothic religious architecture in the Chianti area although it has undergone numerous changes during the centuries. The original façade has been destroyed. Inside, the church houses important works of art, among which worth mentioning are the splendid wooden cross dating from the 14th century, apparently attributed to the Master of the "Annunciazione dei Legnaioli", the wooden panel illustrating the Annunciazione by Neri di Bicci and a fresco of the "Madonna col bambino tra i due angeli". Within a little distance from the Church of Santa Lucia al Borghetto, the parish church of San Donato in Poggio, the church of San Pietro in Bossolo and the monastery of Badia a Passignano can be found. San Donato in Poggio is a small medieval village that is still encircled by ancient walls. Here, peace treaties between Firenze and Siena were signed twice. Until 1774, it has been the capital of the community. Nowadays, it boasts historical buildings dating from the 13th and 14th centuries, the Renaissance Malaspina Palace, the church of S. Maria della Neve from the 15th century built in Gothic style and the Romanesque parish church of San Donato that contains a splendid baptismal font in glazed terracotta made by G. della Robbia. From Sambuca on the way to Greve, visitors will reach the majestic Passignano Abbey, of great architectural, religious and historical value. The abbey was founded in 1049 by monks from the Vallombrosian order. It was one of the preferred residences of San Giovanni Gualberto, the founder of the Vallombrosano Order, who passed away here in 1073. The façade of the monastery is made of alberese stone from the 13th century, and the church has a single nave. Its walls and battlement towers offer it a fortress-like appearance. Inside, it contains numerous works of art, including frescoes by Domenico Cresti, called il Passignano (1601) in the main chapel and, more importantly, the fresco of the Last Supper by Domenico and Davide Ghirlandaio (1476-77) in the refectory of the monastery,  a woodwork by Michele Confetto in the partition. Closed by the ending of the 19th century, the monastery complex has been transformed into a private property. However, the Vallombrosani monks reclaimed possession of the monastery in 1986. Another important sight in the area is the Church of San Pietro in Bossolo, which is a Romanesque church dating from 990, built in Roman-Byzantine style. A portico built in the 16th century stands in front of the structure. It now houses the Museum of Religious Art or Museo di Arte Sacra in Italian. Art works from other small abandoned towns are exhibited here. Among the paintings contained here, noteworthy are a series of panels made in 1473 by Neri di Bicci for the church of S. Maria al Morrocco and a pall with the Madonna and Child by the so-called Maestro di Tavarnelle.
Sponsored Links

Write your Review on Tavernelle Val di Pesa and become the best user of Bestourism.com 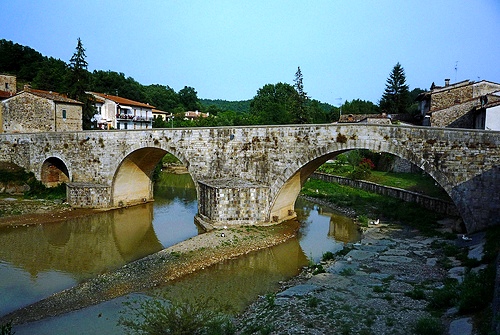 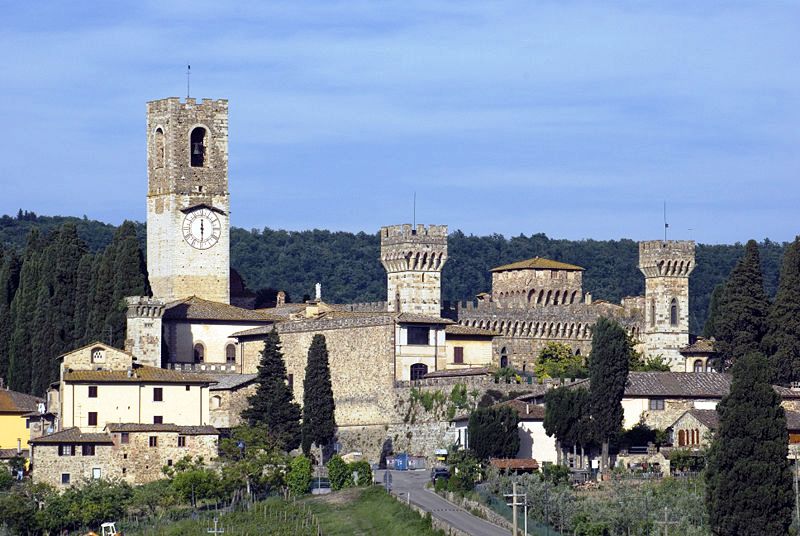