Destinations / The best places to visit in Tuscany, Italy / Siena

Surrounded by olive groves and vineyards, the city of Siena is one of the most beautiful in Tuscany. Inscribed in UNESCO's World Heritage List, Siena is one of the most beautiful cities in Tuscany that has preserved the medieval layout of modernity contaminated for hundreds of years. The atmosphere breathes medieval strolling through the streets narrow and winding as the gateway to the historic center where there are also the most beautiful places to visit.
The city, spread over three hills, is an agglomeration of narrow winding streets and numerous steps since, Piazza del Campo is the center or, and the Duomo and St Maria della Scala two important cultural sites, hardly forgotten by those who have seen. Siena is a city famous for the Palio, horse races taking place each year between July 2 to August 16, an old tradition of the place, but the city has one of the oldest universities in Europe.
Know in a rivalry with those of Florence, city leaders have tried to make it an example of urban planning and for centuries the focus was on keeping the look gothic. Built around the Piazza del Campo, the whole city was designed as an architectural ensemble balanced and in harmony with nature.
What you really need to see is the Piazza del Campo in Siena. Since you did not really miss anyway because all roads lead there. Market is in the form of shell, like a sloped amphitheater, all paved, surrounded by palaces at 1200-1300. The surrounding terraces with umbrellas trying to defend you as much as possible the sun too strongly.
Municipal Palace before you have that you can visit the museum inside or times to climb the tower. Tower 102 is high when you get in it's a corridor so narrow and steep that it's almost guaranteed to feel uncomfortable. But above landscape deserves. Tuscany looks very good.
Once down on earth to do good and to visit the Piazza del Duomo and the cathedral. 'll Find inside some of the most interesting wall, made of carved marble. And flags, which you could put thoughts. But considering how much I care sienezii to their medieval traditions is not surprising. Rivalries and pride in her neighborhood (17 in total, each with its own colors and coat of arms) do not take a summer, but a few centuries. And everything revolves around the horseracing (Palio) that occur each year in the Piazza del Campo.
According to legend, the city founders were Senio and Ascanio, sons of Remus, one of the founders of Rome, and who lupoaicei famous statue of Romulus and Remus nursing can be seen in many children throughout the city, though without any historical connection. In fact, according to historical sources, the Romans founded in 30 AD a military outpost named Siena, which soon would become a trade center visited by merchants always time.
Sponsored Links

Write your Review on Siena and become the best user of Bestourism.com 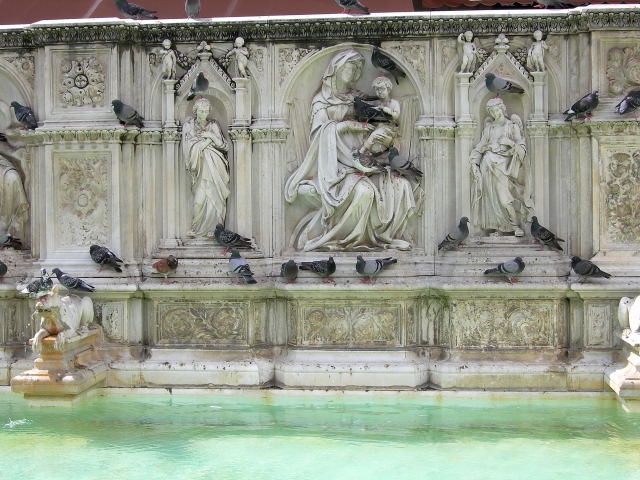 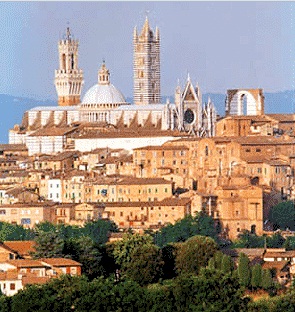 Siena - General view of the city 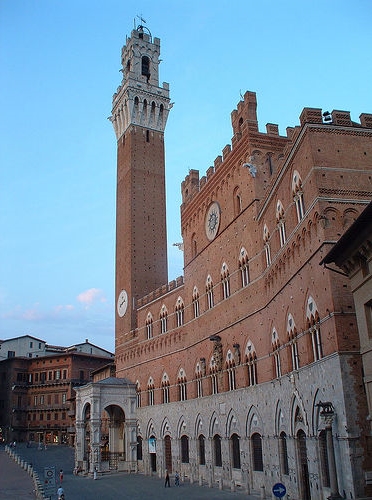 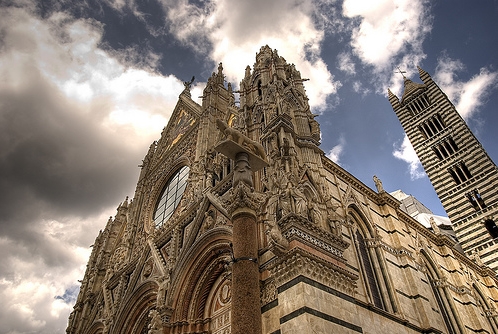 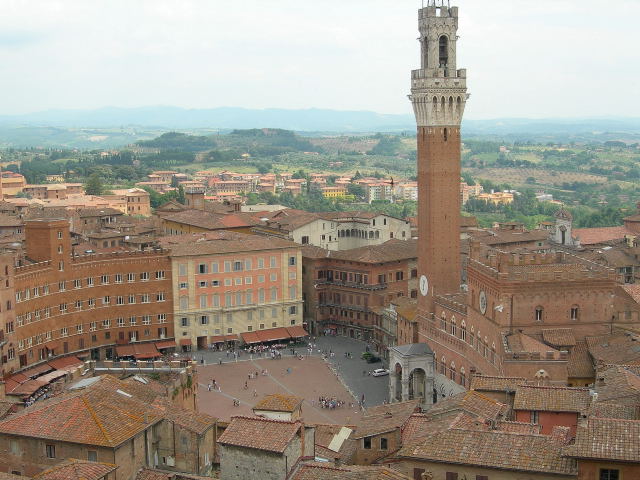