Destinations / The best sightseeing places to visit in the U.K. / Stonehenge-lonely place in history

At approximately 130 km far from London there is a very strange place- a bunch of huge stones, neatly arranged in a circle in the middle of a clean field. Their age does not give an accurate assessment of even the means of modern science- that is three thousand years, or all five. Being one of the major tourist attractions in the U.K, Stonehenge has all chances to share the fate of planet Earth from the book “ The Hitchicker’s Guide to the Galaxy” written by Douglas Adams. Stonehenge is situated in Wiltshire, the U.K, 13 miles away from the town of Salisbury. Here, amidst the usual plain of England lies Stonehenge- one of the most beautiful places in the world. People call this place the place of the “ hanging stones.” This “ Riddle of Ages” is situated on this county in southwestern England. Much has been written of this place and many disputes have been arisen, yet no exact facts about its origin, its age and its purpose and use through the dark centuries. Many questions about the place remain unanswered. Stonehenge has 82 five-ton megalith, 30 blocks of stone of 25 tones each and 5 trillos which weigh 50 tones. Megalith ( from the Greek word “ megas” and “ litos”- rock ) is a large chunk of hewn rock used in the construction of ancient places. Typically, these structures were erected without the use of mortar, the stone blocks were kept under their own weight or were skillfully carved. Trillo or “trilithon” ( from the Greek “ tri”- three and “ litos”- is a rock building the structure of two vertical blocks supporting a third, horizontal.) The word itself “ Stonehenge” is very ancient. We can find multiple versions regarding its origin. It could have been formed from the Old English “ stan”- stone and “ henge”-core as the top stones were detected on the terminals, or “ hencen”- gallows, the torture instrument. The latter can be explained by the fact that medieval gallows were built in the shape of the letter “ p” and reminded Trilithon Stonehenge. The stones are fitting with so much accuracy almost like the Egyptian pyramids. The stones are positioned so that at the summer solstice the rays of the sun are caught between them. The effect at dawn is magical, amazing and unforgettable.

How old is Stonehenge?

The construction of Stonehenge took place in several stages and it took almost 2000 years or even more. Scientists think that Stonehenge was built by the Druids, who were Celtic priests, teachers of religion and magicians and it is believed that they performed religious ceremonies and foretold the future here. Next to the parking lot for tourists, three shallow mines were found in which a wooden base was dug in. It is stated that this very large wooden monument is 8000 years old. At first there was only a single ring of stones erected, encircled by a ditch. The ring of 56 pits, were later used for the burial bodies. They are known as the Aubrey Holes- on behalf of the antiquarian who discovered them in 1666. The purpose of the wells is unclear. If we believe the chemical analysis of soil, timber supports in them were not staged. The most common version of the wells was calculated by lunar eclipse, however, the accuracy leaves much to be desired. More recent buildings date back to 2900-2500 years BC and they can be theoretically seen as the time left us, as some depressions in the ground, and places of the wooden supports of some structures. In the second phase of the construction at Stonehenge scientists observed that the height of the wells was reduced, and the ditch between them was almost half filled. In the same period of the function Aubrey holes have changed - they were used for the disposal of cremated remains.

Why was it built?

There are many different theories about the reasons of building Stonehenge. The earliest references associate one reason with the legend of King Arthur which affirms that the monument was built by Merlin, the magician who used his charm and power in the Killarous Mountains in Ireland. Other stories say that Stonehenge was built by the devil himself. In 1615 the architect Inigo Jones said that the Romans built a stone ditch - a temple of a pagan deity named Knelus. In the 18 century, the researchers found "astronomical" feature of Stonehenge (its focus on the solstice) - so a version, according to which this building belonged to the Druids. Nowadays, some experts argue that Stonehenge is possible to predict solar eclipses, or even to carry out complex mathematical calculations. The theory of "Planetarium" and "calculator" is very controversial - the evidence is usually refuted on simple astronomical facts, or history itself .Stonehenge was rebuilt several times, the structure was changed and certainly it served different purposes. Stonehenge has a huge amount of legends accumulated over the centuries. If you value your dreams and if you do not want to miss the unique opportunity to plunge into the world of puzzles and mysteries you may visit this place.

Write your Review on Stonehenge-lonely place in history and become the best user of Bestourism.com

Maps of Stonehenge-lonely place in history 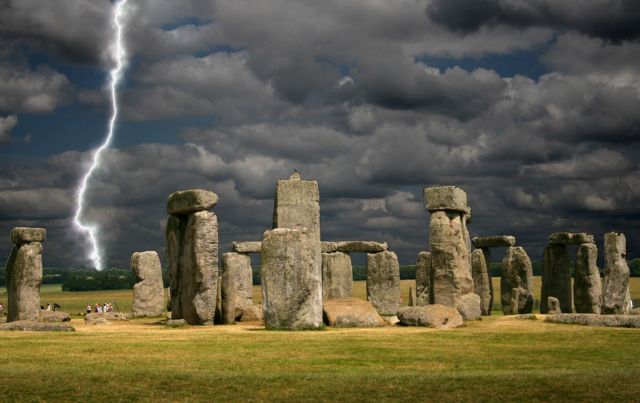