Destinations / The best sightseeing places to visit in the U.K. / The United Kingdom of Great Britain and Northern Ireland

The United Kingdom of Great Britain and Northern Ireland


About the United Kingdom of Great Britain and Northern Ireland

The United Kingdom of Great Britain and Northern Ireland is one of the most visited countries of the world. It covers the greater part of the British Isles, a group of islands lying off the northwest coast of mainland Europe. The islands include the northern one-sixth of the island of Ireland between the North Atlantic Ocean and the North Sea, northwest of France. It consists of four geographic and historical parts: England, Scotland, Wales and Northern Ireland. The U.K. is a member state of the European Community. Its total area is of 244,820 square km. Great Britain is the largest island and the next largest comprises Northern Ireland. The large island chain as the Hebrides fringes Western Scotland, and to the north east of the Scottish mainland are the Orkney and the Shetland. Once the British Isles were part of European mainland. The nearest point is across the Straits of Dover where the chalk cliffs of Britain are only 22 miles from France. The seas round the British Isles are shallow. These are the Irish Sea and the North Sea. This shallowness is an advantage because it helps to keep the shores from extreme cold. Britain is a land with few high mountains, but it has a great variety of hills. The Highlands in Scotland occupy most of the country. The Southern Uplands, Pennines and Cumbrians form a practically continuous group. The highest peaks are in Scotland. Ben Nevis in the Scottish Highlands is the highest mountain in Great Britain-4,406 feet high and Snowdown in North Wales is 3,560 feet high.

The climate of Great Britain is very variable, so that, if you come to visit the country take into consideration. The features that determine it are the position of the island, the fact that the prevailing winds blow from the west and south-west, the moderate influence of the Atlantic Ocean with its Gulfstream current and the oceanic influence. Winters are not so severe and summers also are not so warm, in a word Great Britain has a mild climate but very changeable. Englishmen always complain about their climate saying that they have no climate but weather. The British climate is a rather rainy one too. Most of the rain falls in late autumn and in winter, less in spring but there are also parts where summer rains prevail. On the average Britain has 204 rainy days a year with the maximum in Scotland and minimum in the estuary of the river Thames. Indian Summer A spell of sunny weather in October is called an Indian Summer. The climate of the South of England is much milder than the climate of Scotland. In the North, the winters are harder. When there is eight degrees in frost in England they say that it is freezing hard and everyone complains of the cold. This is because their damp climate makes them feel the cold more. But the best time to visit Britain is in spring. Spring is the season when nature returns to life. Vegetation grows rapidly, for there are periods of sunshine broken by occasional showers. Clouds are constantly flowing across the sky, and after the rain we see a magnificent rainbow.

Every nation has its own traits, customs and traditions. A distinctive feature about Britain is that it is the land of traditions. The image of being typically British is derived from books, songs and plays which were written a long time ago and which are no longer representative of modern life. It is said that there is no other nation that clings to the past with the tenacity of the British. The Briton have a sense of the continuity of history. Tea is still prepared in a distinctive way, strong and with milk. British people are reputed to be cold, reserved rather haughty people, who do not make love in public or change their government so often. They like symbols of tradition and stability. They have a general sentimental attachment to older safer times. Their Christmas cards, for example usually depicts scenes from past centuries. They like their pubs to look old, they are reluctant to change their currency. British people are conservative and there are things which are perceived as tokens of being British, such as the left-hand driving, the hedges and the red double-decker buses. The English are a nation of stay-at-home. ‘’My home is my castle’’ describes their love for their homes. The focus of their home is the fireplace. For them it is a pleasure to stay in front of the fireplace with a cup of tea, smoking a pipe and with his dog at his heels.

Holidays are especially rich in old traditions and differ by region. There are only eight public official holidays when people rest and do not work. Like everybody else, British people like doing things outside work. Gardening is a well-known favorite. In Britain the art of gardening is a very old tradition and if you want to please an English person, be very polite about his garden. As the weather in Britain is relatively mild, British people manage to do gardening almost all the year round. Sometimes this can be just doing a bit of weeding and sometimes serious vegetable and fruit growing. In fact, regardless of the size of the garden, the British can always find plenty to do in it. Englishmen are very fond of animals too. Many families keep pets and they treat them with the greatest care and love. Englishmen are very fond of sports. Many sports and games which were nowadays played all over the world were invented in Britain. These are football, rugby, cricket, golf , hockey, athletics, tennis, boxing, badminton and others. Walking is also very popular. It is a leisure activity which has a long tradition in England. You can buy a variety of maps and guides to walking routes. Organized walking is also popular and it is a good way to discover local sights of interest with a group of like-minded persons and a good guide. Cycling is another popular activity. Many people find quiet country roads and spend their whole holidays exploring their homeland on their bikes. More extreme sports like rock climbing also attract people. But the famous British eccentricity is a serious sport as extreme ironing. Extreme ironing is done in more extreme conditions. Extreme ironing is now an international sport with serious competitions and organized events.

Tourists come to England to visit castles, palaces, historic houses, great prehistoric monuments, pretty country houses or town centers with a collection of buildings for many centuries. These are images conjured up when people think of England and which are part of the English heritage. English Heritage was set up by the government in 1984 as an independent agency to be responsible for the heritage issues. Many English Heritage cities contain collections of objects and paintings of major importance. Such is Rembrandt’s self-portrait at Kenwood, Brodsworth in Yorkshire in the north of England is a relic of the nineteenth century. It contains seventeen thousand objects illustrating every aspect of life of the period. Not all the sites are large and famous or attract huge numbers of visitors, but they are of great value for the country. The small, isolated fragments of the past, ruins and abbeys as Netley Abbey in Hampshire in the south of England, Stokesay Castle or the prehistoric remains at Kits Coty in Kent can be visited free of charge.

Write your Review on The United Kingdom of Great Britain and Northern Ireland and become the best user of Bestourism.com

Maps of The United Kingdom of Great Britain and Northern Ireland 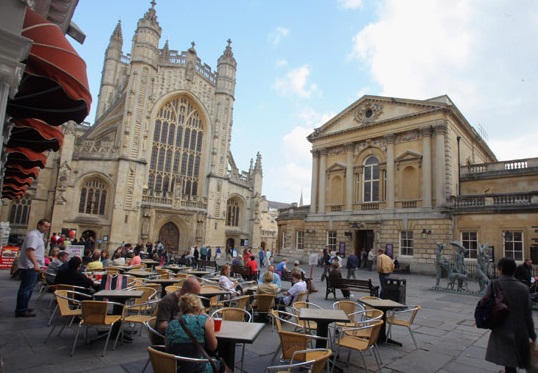 The United Kingdom of Great Britain and Northern Ireland - London 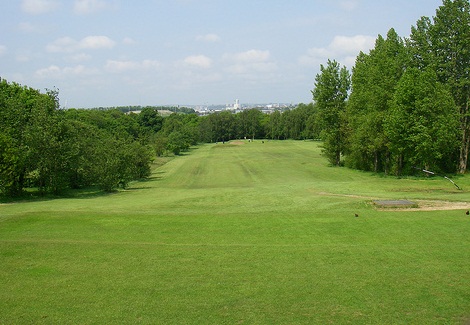 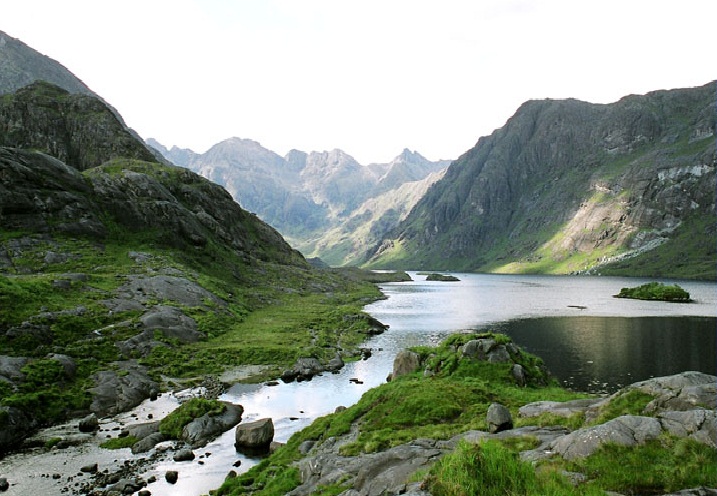 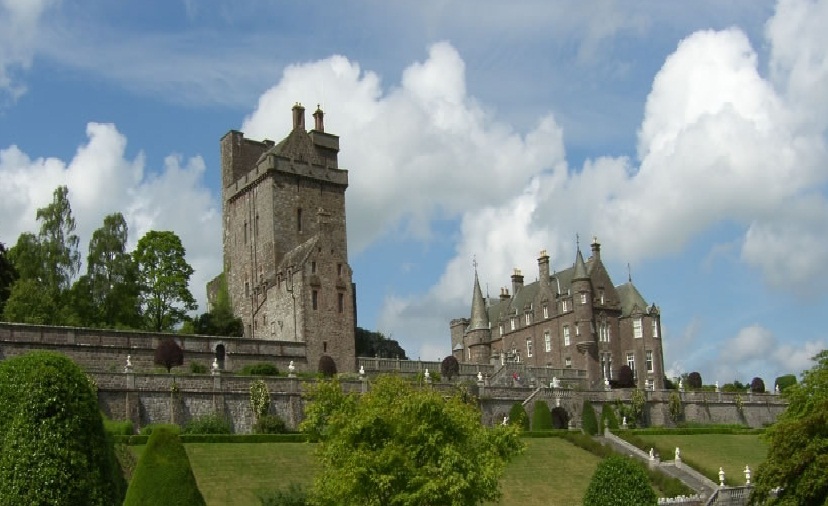 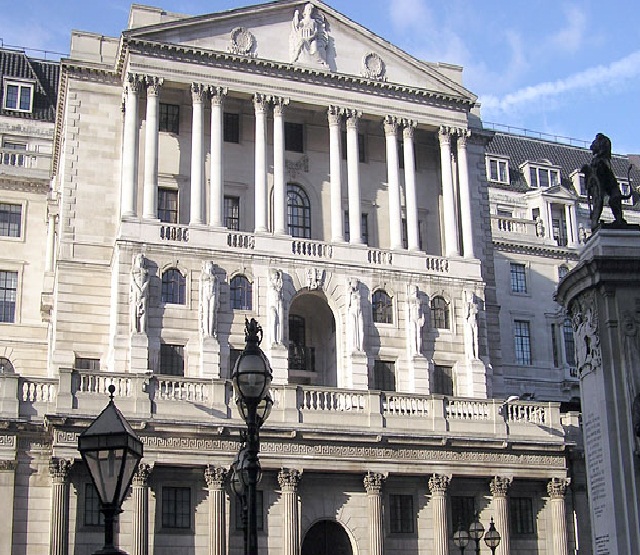 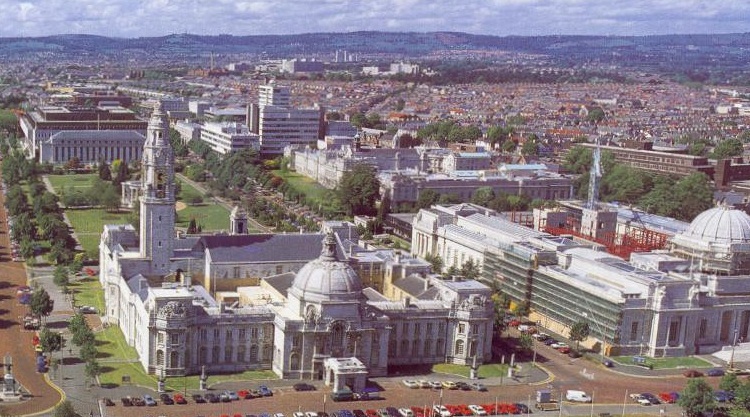 The United Kingdom of Great Britain and Northern Ireland - Cardiff 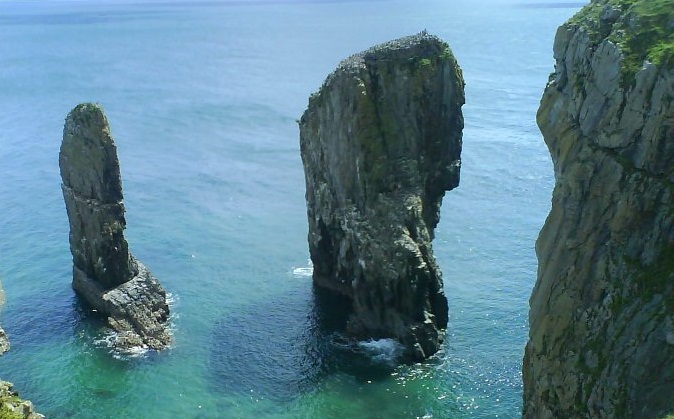 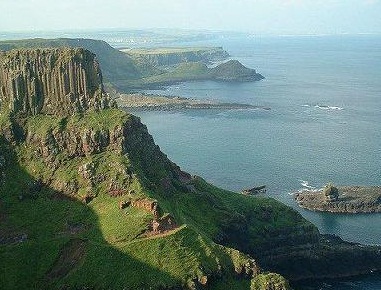 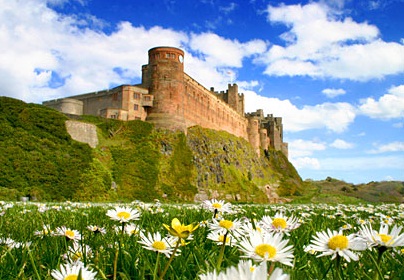 The United Kingdom of Great Britain and Northern Ireland - Castle

The United Kingdom of Great Britain and Northern Ireland - The flag

Video The United Kingdom of Great Britain and Northern Ireland