San Casciano in Val di Pesa is a small Italian town with over 17,000 inhabitants located in the province of Florence in Tuscany. The town stands on the highest of the hills that divide the Val di Pesa and Val di Greve, rising 310 metres above the sea level, and is crossed by the ancient roman road Cassia. It is situated in the southern part of the province of Florence, on the border with the province of Siena. Built between Florence and Siena, it enjoys an excellent layout, being located about 15 km away from the latter, and about 45 km to the north from the former, and is bordered by the towns of Greve in Chianti to the east, Impruneta and Scandicci to the north, Tavarnelle Val di Pesa to the south and Montespertoli to the west. San Casciano in Val di Pesa is placed on the northern edge of the Chianti area and is renowned for the production of great wines, extra virgin olive oil as well as agricultural products. The town abounds in medieval churches and villas, among which the Castle of Bibbione.

San Casciano in Val di Pesa traces from Roman ages. It was originally called "San Casciano a Decimo" due to its location on the tenth milestone of the Roman road from Florence. Since Roman times, it was an outpost for the change of horses on the way to Florence. Archaeological finds show that the area had already been inhabited around the 7th century BC. The first written historical document that mentions San Casciano in Val di Pesa is a parchment dating from 1043, found in the abbey of San Casciano. Since its foundstion, San Casciano in Val di Pesa has been under the dominance of Florentine bishops. The ancient village has registered great progress under Florentine rule. In 1272, San Casciano was annexed to the Florentine Republic. Due to its strategic importance and its vicinity to Florence, the settlement has suffered frequent attacks from the enemies of Florence. It was completely devastated by the troops of Emperor Henry Vll in 1312. Farther on, in 1326, the army of Castruccio Castracani, Lord of Lucca, fired the town to the ground. In 1343, Gualtieri di Brienne, Duke of Athens and Lord of Florence, began its fortification with many walls and transformed San Casciano in Val di Pesa into Castel Ducale. Yet works were interrupted soon, being only completed in 1356. Starting with the first half of the 15th century, under the Medici family rule, the town has encountered a more peaceful period. During this time, town gates were demolished along with bastions and towers; this is also the time when castles were transformed into charming villas where Florentines would spend their leisure time. Yet the city walls were later strengthened in the 16th century under Cosimo I, in view of the war with Siena. After peace was declared, the walls became useless and they were turned into a palace. Duke Ferdinando II passed the palace to his secretary, Francesco Giovanni Paolosanto, who subsequently restored it and later on donated it to the Benedictine Nuns of Santa Maria del Gesù. Nowadays, remains of the impressive gate, boundary walls and medieval towers can be admired in via Marocchesi, together with the square, a real cross-road for the town. Unfortunately, San Casciano in Val di Pesa has experienced war again in 1944, during the Second World War, when many churches were severely damaged. However, the inside art works and decorations were left untouched. The town is now a modern urban settlement, registering a tourist rush. As testimony to its tumultuous past stand numerous historical monuments and buildings of great artistic importance. Worth visiting is the Museum of Sacred Arts set up inside the Church of S. Maria del Gesu, where the altar frontal attributed to Coppo di Marcovaldo representing San Michele Arcangelo and the Madonna col Bambino by Ambrogio Lorenzetti (1319) are exhibited, as well as the Church of the Misericordia with a rich patrimony, where there are found the marble pulpit and the Crucifixion by Simone Martini (1284–1344).

San Casciano Museum of Sacred Arts is located in the Church of Santa Maria del Gesù and features numerous precious art works including paintings, sculpture, furnishings and religious vestments originating from isolated churches in the surrounding area. Originally a church and monastery of the Franciscan Friars of Primitive Observance, the buildings were transformed into a convent in 1492. The inside walls are embellished with altars made from pietra serena dating from the 17th century. On the right wall there can be admired a panel from the Pieve Vecchia in Sugana representing Saint Sebastian between Saints Anthony and Rocco, attributed to the Maestro di Tavarnelle. Also, scenes of Christ’s Nativity in a Romanesque style are to admired here, assumingly attributed to the Maestro di Cabestany. Another masterpiece in the museum is the altarpiece illustrating the deeds of Saint Michael Archangel, which was originally kept in Vico L’Abate Church, considered the work of Coppo di Marcovaldo, a Tuscan painter. Further on, the Madonna and Child by Ambrogio Lorenzetti dating from 1319 is another precious work. On the upper floor, a rich collection of sacred relics and gorgeous church furnishings dating between the 16th and 18th centuries can be found.
In the area, numerous churches stand, testimony to the importance of San Casciano in Val di Pesa in the Middle Ages. The Church of Santa Maria del Prato (della Misericordia) is located on Via Morrocchesi and dates from 1304, being built by the Dominican friars of Santa Maria Novella in Florence. Despite different transformations in 1600, the church still boats its original Gothic exterior. The interior of the church was decorated in the 17th century with four Baroque side altars and houses some of the most important artistic works of the Florentine province, and namely a painted Crucifix with a 14th century gold background attributed to Simone Martini, a great Sienese artist; a green and white marble pulpit by Giovanni di Balduccio, a Pisan sculptor, and splendid paintings dating from the 17th century. The Baroque structure of the High Altar depicts Madonna and Child by Ugolino di Nerio, a great Sienese painter. The Collegiate Church of San Casciano is another important church here. It is located in Piazza Cavour. The church was rebuilt between 1793 and 1796 on the site of an ancient church dating from the 13th century and is dedicated to Sun Cassiano. It houses an Annunciation attributed to Frà Paolino from Pistoia, originally kept in the Oratorio Dell’Annunziata, and splendid crucifixes from the studios of Verrocchio and Baccio da Montelupo. By the entrance, on the right wall, a beautiful fresco dating from the 14th century remnant from the former church representing the Madonna del Latte, Saint John the Baptist, Saint Stephen and a patron can be found. In the main chapel, the wooden Crucifix by Baccio da Montelupo, who was a sculptor friend of Michelangelo, can be admired. Other great churches to visit in town are the Church of the Cross and Convent of San Francesco on Viale San Francesco; the Church of the Cappuccini and Convent of Sant'Andrea Corsini on Via A. Grandi 59; Parish Church of Santa Cecilia in Decimo on Via Decimo 66; Parish Church of San Giovanni in Sugana as well as the Parish Church of Santo Stefano in Campoli. Visitors should also not miss the ancient walls, Porta al Prato gate, the small tower and panoramic terrace gardens of Piazza della Repubblica while in the city. Among the main attractions in the San Casciano in Val di Pesa area, there is also the fascinating 14th century Castello di Bibbione. Set in a lush landscape, the castle dominates the Chianti hills and Pesa river valley for centuries already. Its construction was initiated by Cadolingi of Montecascioli in 997, yet the construction works were completed in 1000. In 1511, Niccolò Machiavelli bought the castle, serving as a hunting lodge. The complex is still the property of the family. The current owner is the Marchioness Antonella Rangoni Machiavelli, who undergone restoration works of the castle. A local legend tells about an underground canal connecting the castle to the countryside.

This beautiful town offers many facilities as well, among which great restaurants, pubs, bars, pizzerias, several small shops that sell local products, a big supermarket, a cinema, a swimming pool, a theatre, banks with ATM and pharmacies. Besides, many cultural events are held throughout the year. A large market is organized weekly. San Casciano is also an excellent starting point to visit other Chianti villages, the beautiful art and historical cities of Florence, Siena, Pisa as well as the other Tuscan hamlets, due to its excellent location. Other major Italian cities can be reached easily too, such as Rome and Venice within 3 hours, Venice, Perugia in less than 2 hours, Cinque Terre in over an hour and Bologna in little over 1 hour and 20 minutes.
Sponsored Links

Write your Review on San Casciano in Val di Pesa and become the best user of Bestourism.com 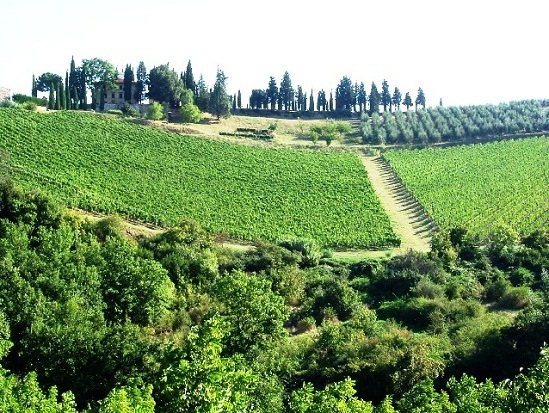 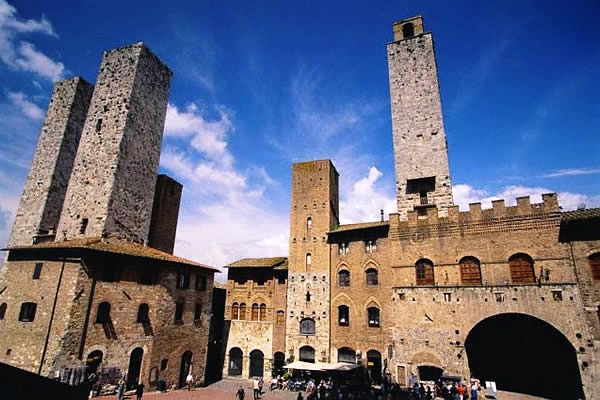 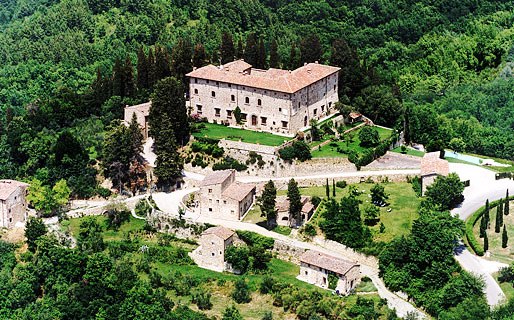