Nicknamed the ‘’Paris of the East’’, Budapest is a place of broad boulevards and green parks, grand Art-Nouveau mansions and brightly painted churches, lively cafes and top-class venues. It’s up there among the world’s most romantic, entertaining capitals. Budapest itself has more thermal baths than any other world capital, and so this is a perfect place to take a spa break. There are several spa hotels offering guests specific spa packages. Two of the grandest bathing complexes- the Szechenyi and the Gellert- date from the turn of the 20th century, while there are also atmospheric baths built during the Turkish period.

The city is divided into two parts by the river Danube: the Buda and the Pest. The Pest is spanned by several elegant bridges. Buda falls on the western side of the river, where you will find the tourist sights of the cobbled Castle District. Sitting atop Castle Hill, the area can be reached by riding the furnicular railway up the hillside. There are two excellent museums within the majestic Royal Palace. The enormous Hungarian National Gallery contains the country’s leading collection of Hungarian art, ranging from medieval painted altar pieces to modern sculpture. Pest is the country’s political and business stronghold, and it is livelier than its twin across the water. Here can be found the bulk of the restaurants, bars and cafes, as well as classy boutiques and grand 19th century mansions. Stroll the tree-lined Andrassy , stopping for a visit to the moving House of Terror in the former headquarters of the secret police.

The city by night

Budapest rarely sleeps and there is plenty to keep you entertained after the sun drops behind the hills. Start with a good meal. There are hundreds of restaurants to choose from. Take a seat at a traditional Hungarian restaurant and dine to the strains of a live gypsy band. The clubbing scene is equally vibrant , particularly in summer when venues include atmospheric courtyard gardens and artificial riverside beaches. If you’d prefer something more cultured, enjoy an evening of ballet or opera at the opulent State Opera House or a performance of classical music at the award-winning Palace of Arts.

Budapest is home to the largest synagogue in Europe and the second largest working in the world. It is also home to the headquarters of the European Institute of Innovation and Technology and the first foreign office of the CIPA. The Parliament building is enormous and displays the Holy Crown which is Hungary’s national symbol and the Basilica with its exterior dome gallery offering breathtaking city views. The Hungarian National Museum is a highlight not to be missed. It is the largest museum in the country. The Castle Hill hosts three churches, six museums and lots of interesting buildings, streets and squares. The Castle Hill has been officially recognized as U.N.E.S.C.O World Heritage Sites. To the south of Castle Hill lies Gellert Hill, the thermal bath and a church carved into the rock. To the north is Aquincum, where you can visit the rich ruins of the Roman town that thrived there between the 1st and 4th centuries A.D. The Statue Park has a remarkable collection of communist monuments that once looked over the capital’s streets and squares. In the north of Budapest there is a region known as the Danube Bend. It is so called because it falls at the point where the river takes a sharp turn southwards. The views of the river escaping from the surrounding hills are as good as any you’ll find in the world. The point above Budapest where the river suddenly changes course from east to south represents one of the prettiest scenes one can hope to see. Budapest is a city that revolves around water and there are abundant opportunities to have a bit of a splash, swim or sail.

There are seven islands on the Danube: Shipyard Island, Margaret Island, Csepel Island, Palotai-Sziget, Nepsziget, Haros-Sziget and Molnar-Sziget. The islands consist of parks and are known as popular recreational areas for many tourists. Dance clubs, athletic and fitness centers, aqua parks, swimming pools, bicycle and running tracks can be found on them.

Although not a large country, Hungary is stuffed with full sites of interest. Places are not situated far from each other and one can find settlements ranging from impressive Baroque towns to rustic villages complete with thatched cottages decorated with traditional motifs. As such, it’s well worth venturing beyond the capital to explore some of the other highlights.

Szentendre is the first town one can reach. This was once a popular spot for migrant Serbs fleeing the Ottomans, and several 17th century Serb Orthodox churches remain. It’s now best-known for its artistic associations, however the colorful buildings and favorable light encouraged artists to establish a colony here in the early 20th century, and the narrow streets are lined with little galleries. A particularly exciting time to visit is during the Szentendre Summer Festival which takes place at the end of June to the end of August. The Festival features art expositions and a programme of theatre and music.

Godollo lies to to the east of Szentendre and boasts the country’s biggest and best-preserved Baroque palace. It was the work of an 18th century nobleman, and was much loved by Erzsebet, the popular wife of the Habsburg Emperor Ferenc Jozsef, who used to spend much of her time there. The interior contains contemporary furnishing and an exhibition detailing the building’s history, and the beautiful ballroom is the venue for classical concerts.

It is further around the Danube Bend which was for several centuries the royal seat of Hungary. The Renaissance King Matyas enlarged on the existing palace during the 15th century and created a stunning edifice measuring over 500 meters in length. During July, the medieval-themed Visegrad Palace Games include performances of jousting and archery.

Esztergom is tight on the border with Slovakia. It is the place of birth and the coronation for King Istvan, the founder of the Christian State, and the royal capital until the 13th century. Its church is the country’s largest, while the Maria Valeria Bridge- which crosses the river to Slovakia- was reopened just a few years ago after having been destroyed in World War II. During the summer, there is an open-air drama festival in the Castle Theatre.

It is the most striking city on the Great Plain. It was leveled in 1879 by a terrible flood, and had to be rebuilt almost from scratch with the help of foreign aid. It is now a lively place with pleasant squares and intriguing architecture. It is the third largest city of Hungary. The famous Open Air Plays of Szeged are one of the main attractions. During the Szeged Open Air Games in July and August , a huge stage in the main square showcases music, dance and drama, and attracts thousands to the city. Szeged is also the place where the Church of Grey Friars in Gothic style is situated, the Water Tower and the Ferenc Mora Museum.

Since the 16th century Debrecen has been the intellectual and cultural center , mostly due to the Calvinist College which was transformed into a University. The Museum of the College has an outstanding collection of 17000 pieces and its library owns distinctive book rarities. Thousands of foreign students choose Debrecen as their educational destination year after year. The city has also a National Theatre and a flourishing music scene. Debrecen is the second-largest city of the country. It contains a significant student population and providing the focal point of Hungarian Calvinism. Its Flower Carnival, held to celebrate St. Stephen’s Day on 20 August features fireworks and floats bedecked with flowers.

Eger is best known for its castle, thermal baths, historic buildings and red and white wines.Eger has cobbled streets and quaint Baroque architecture and is therefore among the country’s most popular towns. This is where Bull’s Blood wine is produced, and its castle was the site at which the town’s womenfolk famously joined a small number of soldiers to repel a vast Turkish force in 1552. Near by is the Valley of the Beautiful Woman, which has scores of wine cellars dug into its sides and is an ideal place for wine tasting. The town has a variety of summer events, featuring wine, music and medieval re-enactments.

This is the fifth largest city of Hungary. Its border is close with Croatia. It is the admininstrative and economical centre of Baranya county. It is a multicultural city.Different values are melting here during two thousand years. The city’s motto is: ‘’ The Borderless City’’.It is universally loved, and was a leading centre of power during both Roman and Turkish times. There are Roman ruins, including some early Christian tombs, and there is more surviving Ottoman architecture than anywhere else in the country. A cultural stronghold, the city has a street lined with museums, and in 2010 will take up the mantle of European Capital of Culture.

It is situated at a short distance north of Lake Balaton. The city holds the sturdy Kiniszi Castle. During the 15th century, the captain of this fort was Pal Kinizsi, who was famous for his phenomenal physical strength. He is said once to have danced while carrying the bodies of two slain Turkish soldiers. Visitors can watch daily jousting displays near the castle walls.

Write your Review on Budapest-a truly capital city and become the best user of Bestourism.com

Others The best touristic attractions in Hungary .

Others from The best touristic attractions in Hungary

In this poll we want to discover Hungary, its diversity and its sightseeing places 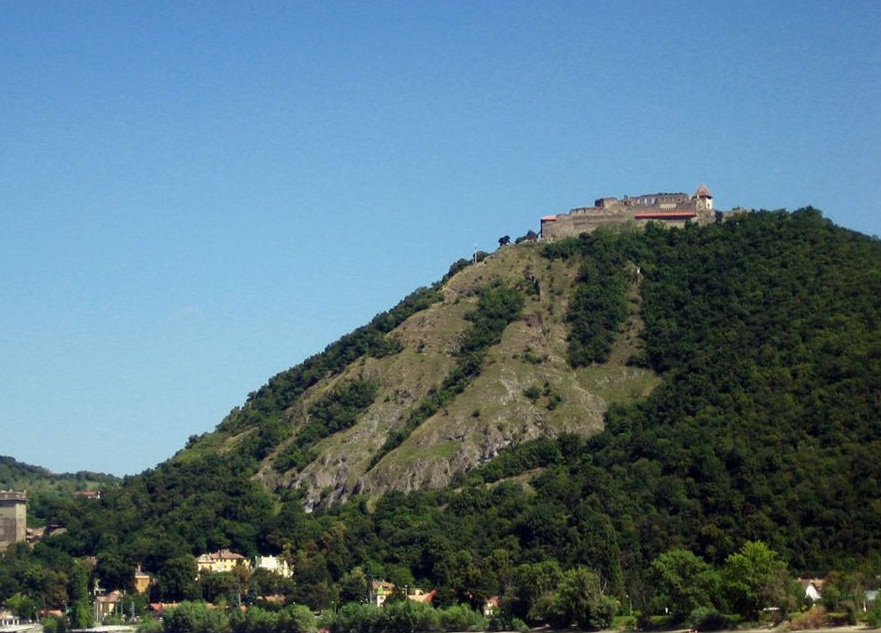 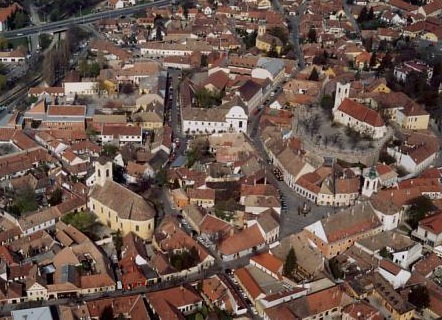 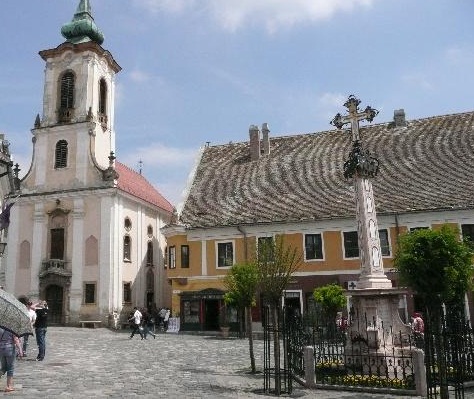 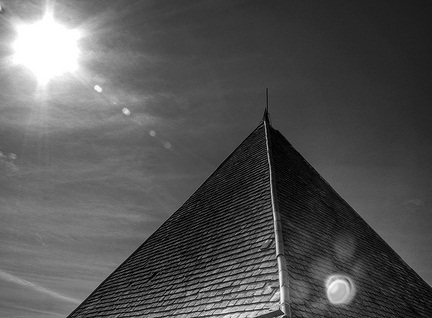 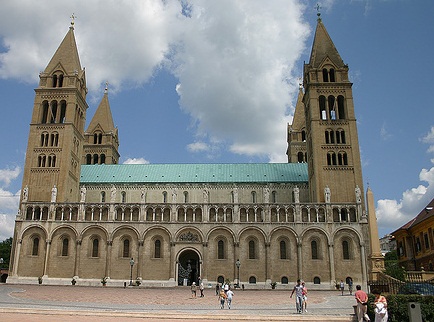 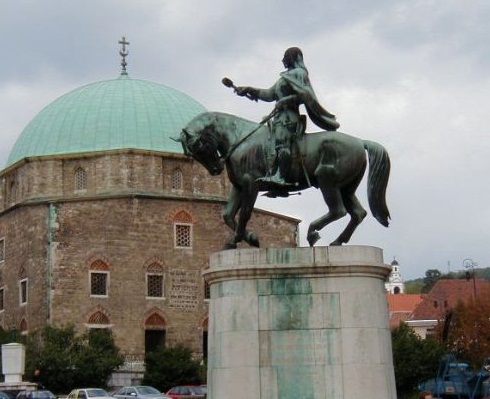 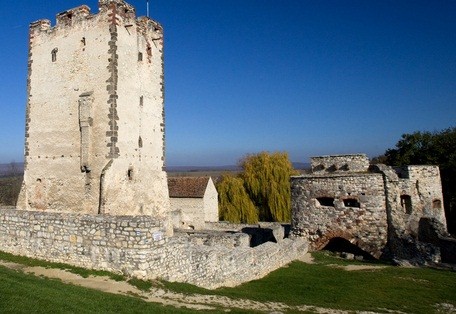 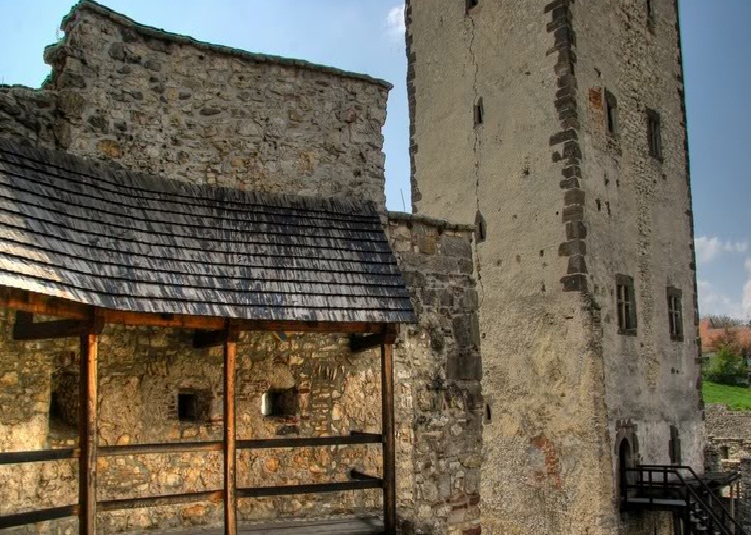 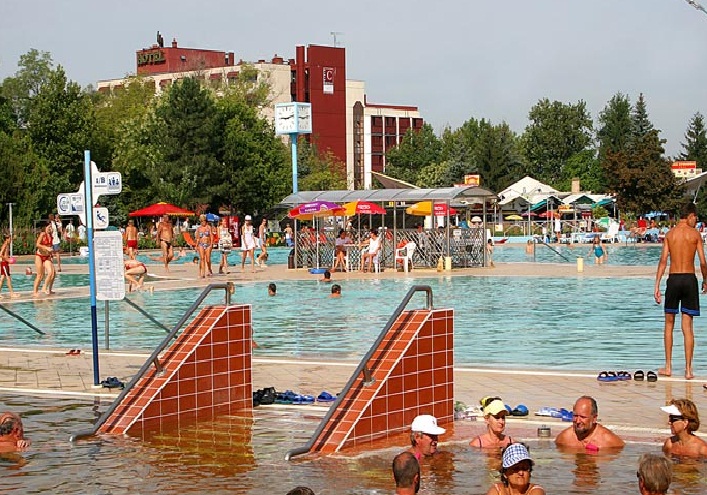 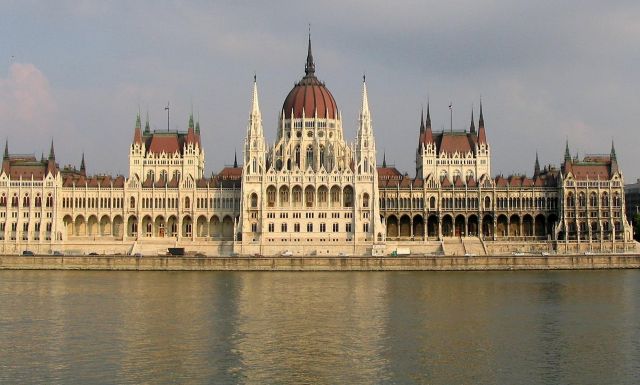 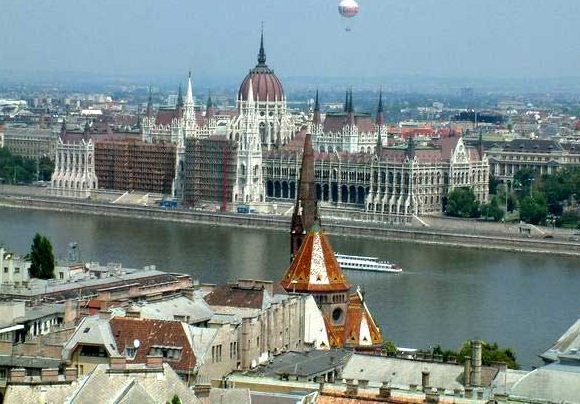 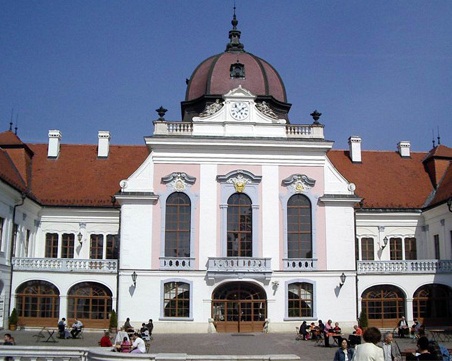 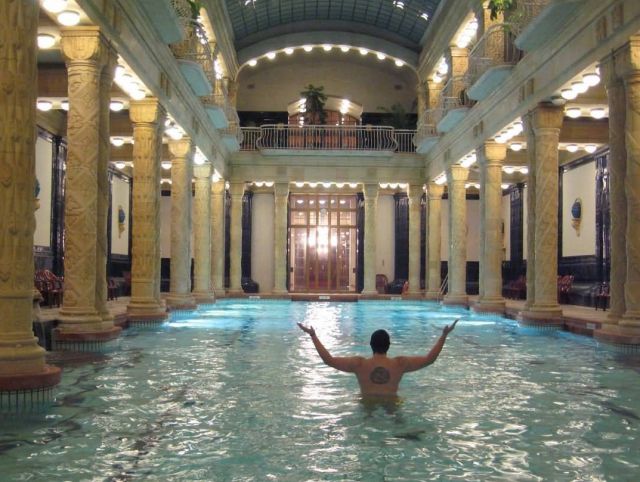 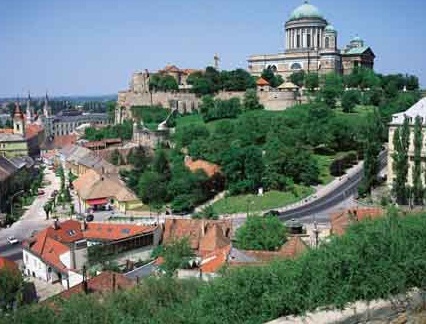 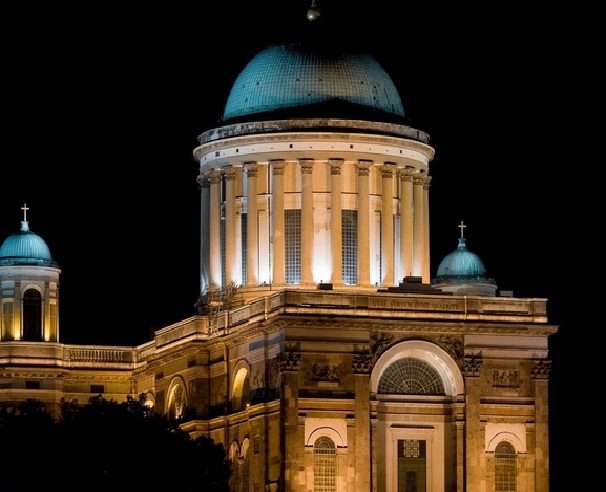 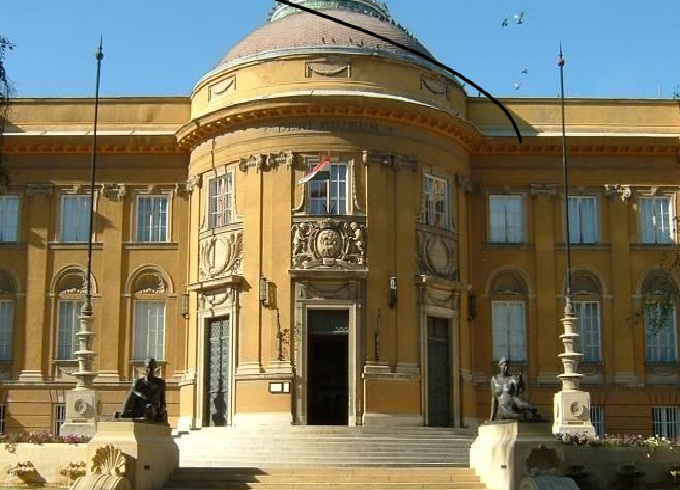 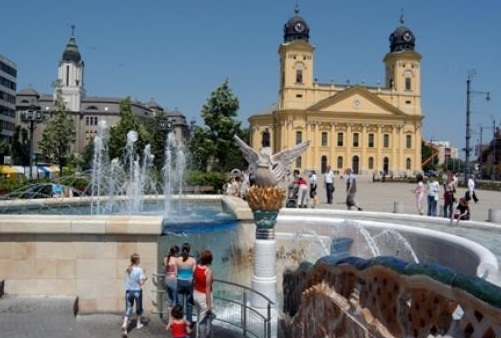 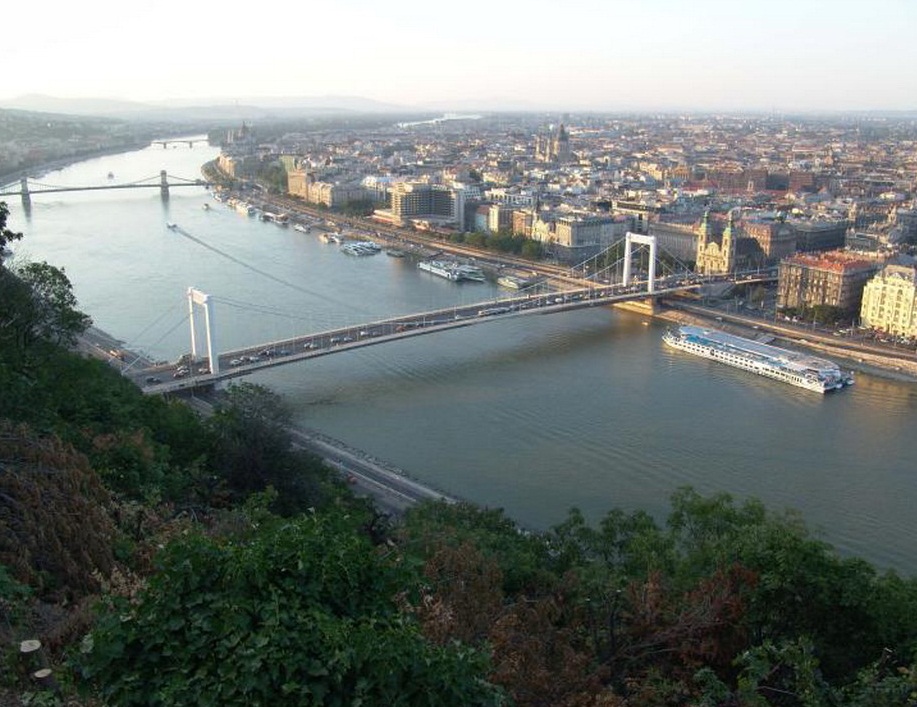 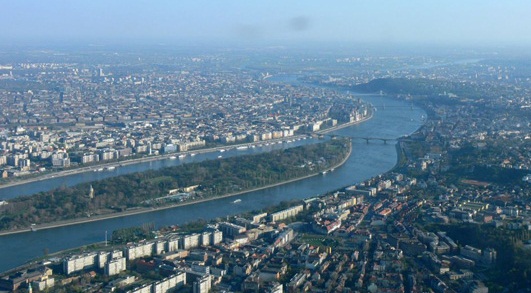 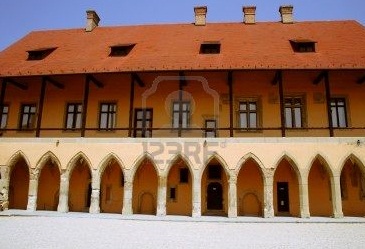 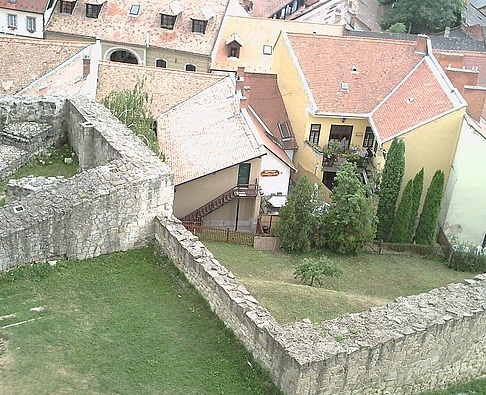 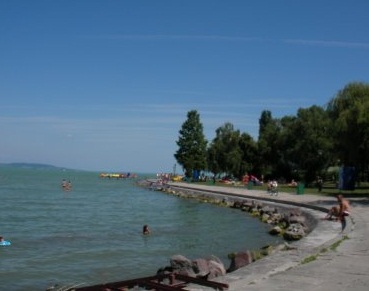 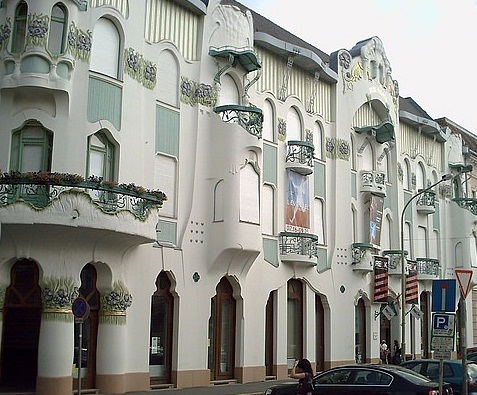 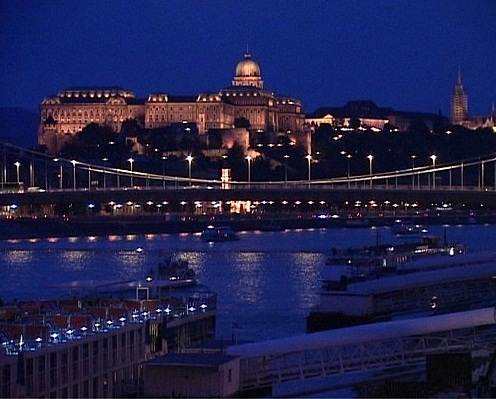