Destinations / The most beautiful places to visit in Chianti area, Italy / Certaldo

Certaldo is a beautiful medieval town in the Chianti territory. It is located in the southern part of the province of Florence in Tuscany, on the border between Florence and Siena province; it is also a short distance time away from San Gimignano, whose famous towers can be admired from here. The municipality of Certaldo is spread out over an area of approximately 75 square kilometers on one of the hills that divides Val d'Elsa from the Val di Pesa. The town enjoys a gorgeous positioning, among lush rolling hills covered with fields, olive grooves and cypresses trees. Besides, Certaldo can be considered one of the best preserved ancient settlements in Tuscany. The town is renowned mainly for two things: the sweet purple onions that people grow here (cipolle di Certaldo) and, more important, Certaldo is famous as the birthplace of the 14th-century writer Giovanni Boccaccio, as well as the place where he spent his final thirteen years of his life. The main local industries in Certaldo are agriculture, wine, furniture and shoe making. Certaldo has not become a major tourist destination in the area, managing to maintain the character of a small medieval town that has not been beseiged by tourists yet. For this reason, many travelers like to visit the town in order to experience the medieval atmosphere and laid back lifestyle in this genuine Tuscan town. Visitors will find here beautiful ancient architecture, winding cobble stoned streets and numerous secular villas, together with historical attractions. A vantage point of tourists is that getting to Certaldo is easy, as the town is located in the proximity of two major cities, Siena and Florence. Tourists interested in visiting Certaldo can take a flight to Florence and take a bus or taxi from here. Besides buses and taxis, tourists can travel by train as well. Certaldo is connected relatively well by railway to these cities, as well as other smaller towns in the province of Florence.

Certaldo is one of the major centres of the Val d'Elsa. The town was born on the site of an ancient settlement located in the Val d'Elsa. The name derives from the Latin phrase "Cerrus Altus" or from the Germanic “cerrus aldo”, a reference to the fact that the area was at that time was covered by oaks. According to the archeological finds that were discovered in the area, among which several tombs, remains of temples, inscriptions and ancient coins, the history of the town goes back to the Etruscan ages, being inhabited by the Etruscans. The area of Certaldo has later become a Roman colony. Yet starting with this period and up until the early Middle Ages, the history of the town is little known. The first document that mentions Certaldo is a certificate by Federico Barbarossa dating from 1164. In the 10th century AD, Certaldo was a feudal castle under the control of the powerful Alberti Counts from Prato. At the ending of the 12th century, Count Alberto degli Alberti has been imprisoned by the Florentines. In exchange for his freedom, he destroyed the tower of Certaldo in 1184 and passed the castle to Florence. After the destruction of the nearby Fortress of Semifonte in 1202, which brought the definitive collapse for the Alberti Counts, the citadel became incorporated in the county of Florence, becoming Seat of a Podesta. Once accepting the rule of Florence, the history of Certaldo is indistinguishable from that of Florence. Under their control, the city registered a period of great progress, mostly due to the fact that the town was located in the proximity of Via Francìgena, an important road, pilgrimage and trade route to France. Certaldo extended greatly, with additional settlements rising down the hillsides below the original village, along the Via Francìgena. In 1415, Certaldo became the Vicariate Capital of the Val di Pesa and of part of the Val d'Elsa and Valdarno Inferiore, an important centre for local administration. To match the new status, the castle was enlarged and was enclosed into stone walls. The majestic Palazzo Pretorio was erected on the same site where in ancient times the seat of the Alberti Counts used to stand. In 1479, Certaldo was assaulted by the troops of of Fernando I, King of Naples and Pope Sextus IV, allied with Sienna. As a result, the town felt under the dominion of Sienna. Later on, it passed under the jurisdiction of the Grand Duchy of Tuscany –under this rule, it registered a development period both socially and economically, particularly in the lower part called the "village". The construction of the railroad has had a major impact, materialized in the increase of manufacturing and trade activity. During the Second World War, the city suffered damages, yet has succeeded in recovering rapidly and it is nowadays a great agricultural and industrial centre. Tourists visit Certaldo for its historical buildings, almost perfectly preserved, and for the picturesque landscapes of the area.

Major attractions to visit in Certaldo

Certaldo hosts numerous famous festivals all around the year, among which the Mercantia is one of the most important. This festival lasts for one week and it is held here annually in the last days of July. During the celebration, troops and groups that come here from all over Italy and Europe offer street performances. Singers, dancers and performers along with artisans all demonstrate their crafts here. The atmosphere during the festival is very warm, gathering people from all over Tuscany as well as other parts of Italy. Another important festival here is the fish festival. The festival is a month long and it is held yearly from mid May to mid June. The festival is beloved by food lovers specifically, as there are sold various local fish dishes among which the famous fish soup "Caciucco alla livornese" during the festival. Besides, a crafts fair/flea market is held on Sundays. Among special festivals, there is the song festival called Certaldo Sotto le Stelle that takes place in early September.

Although Certaldo is not a very large city, it still offers many good places to accommodate yourself at. Most hotels are located within a short distance from the center of the town and around the main Piazza. The most famous hotels here are hotel Certaldo, Hotel Albergo Castello and Hotel La Sperenza. You can find rooms at low prices even without making a prior reservation. There are also available farmhouses run by local people, for those interested in discovering the Tuscan authentic lifestyle. Bed & breakfasts options are available too.

The cuisine in Certaldo is based on medieval traditions, with the famous purple Certaldo onion used in a great variety of local specialties. Additionally, the famous Chianti wine will bring the extra flavour and spice. There are a few good restaurants, pizzerias, bars and cafes in Certaldo. Most of these have on the menu Italian and Tuscan dishes prepared from fresh products. Some of the best restaurants here are Messer Boccaccio, Osteria Del Vicaro, Pizzeria Pirata, Pizzeria O' Vessuvio and Pizzeria Albergo Bissetto. There are also several wine shops, offering a large diversity of wines at relatively low prices.
Sponsored Links

Write your Review on Certaldo and become the best user of Bestourism.com 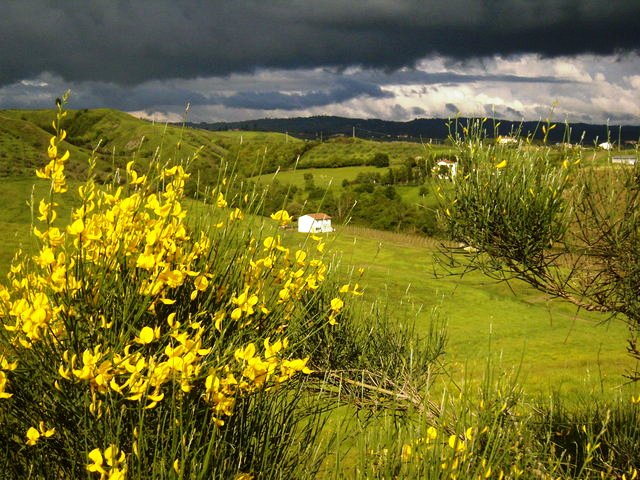 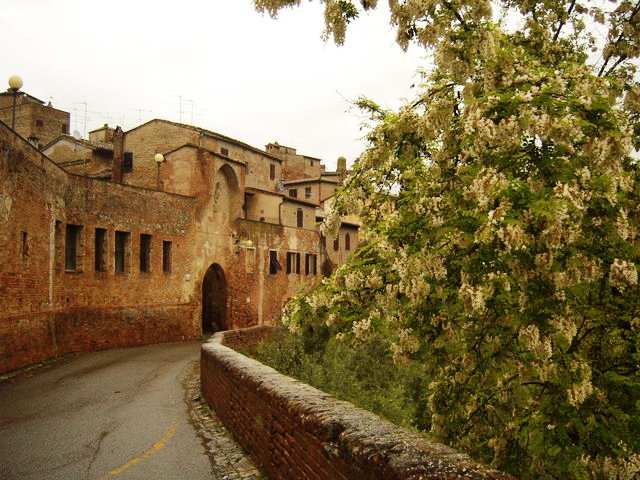 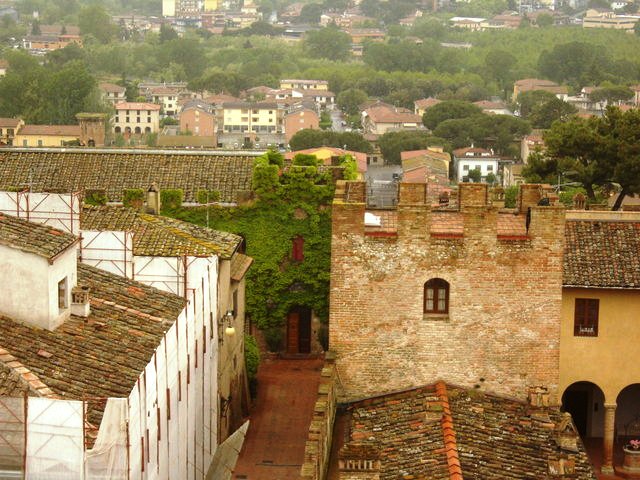 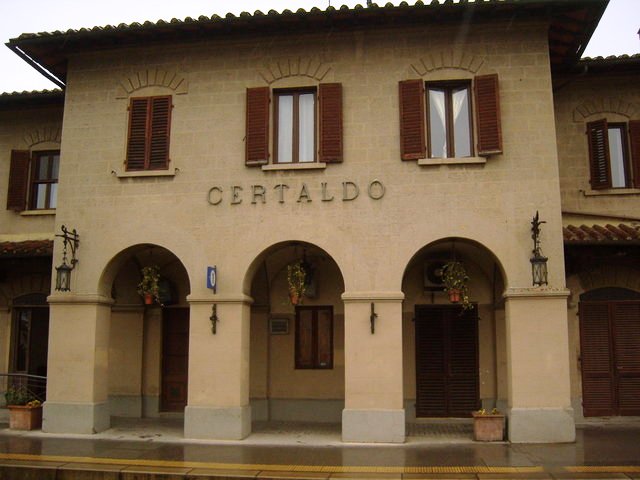 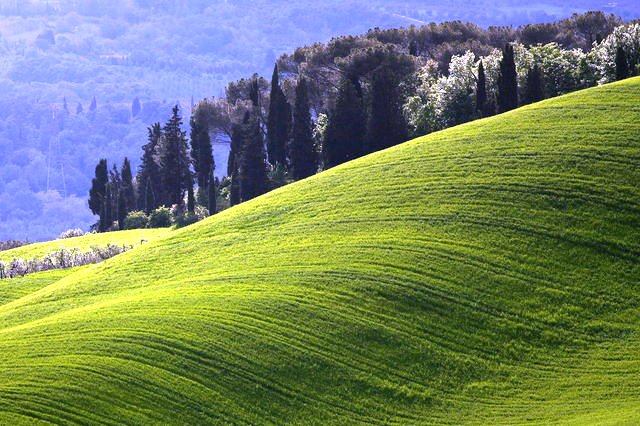 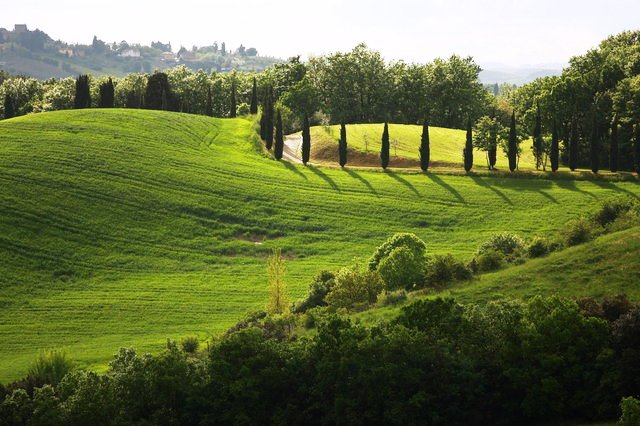 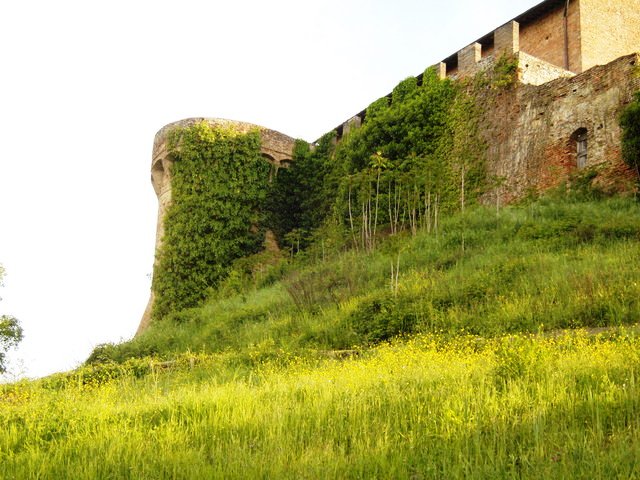 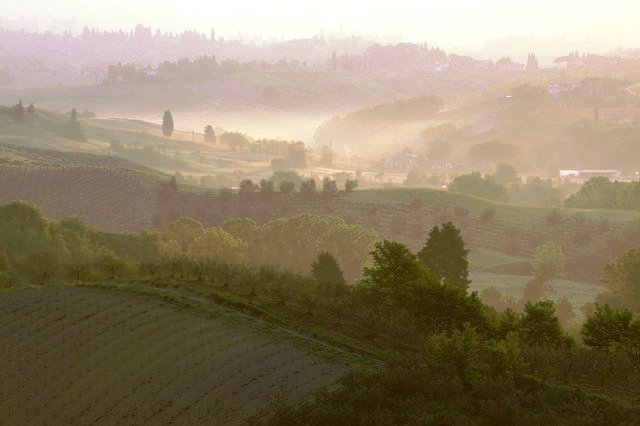 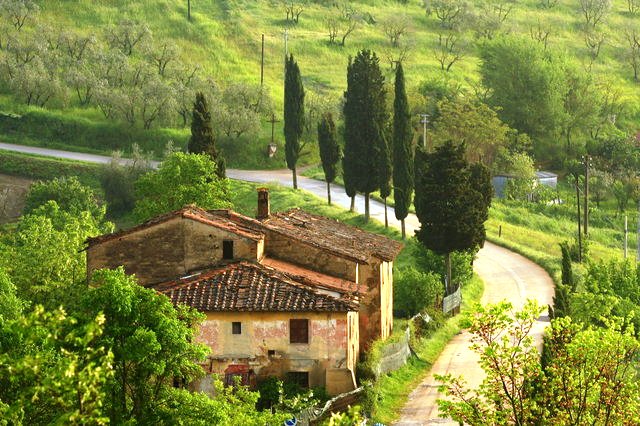 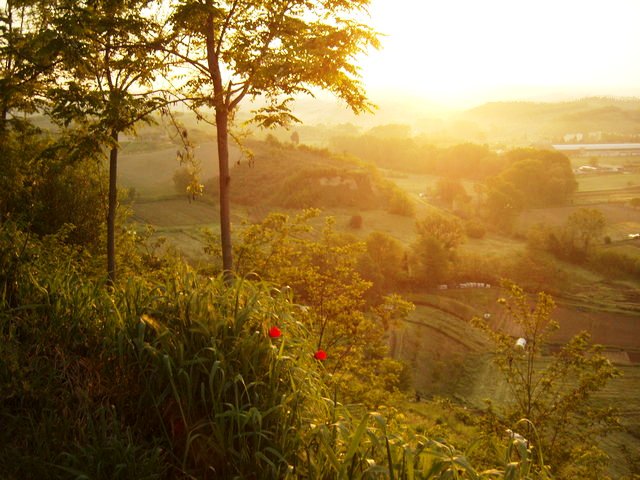 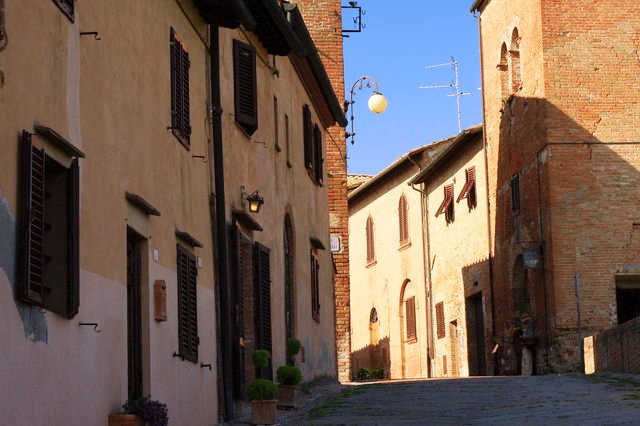 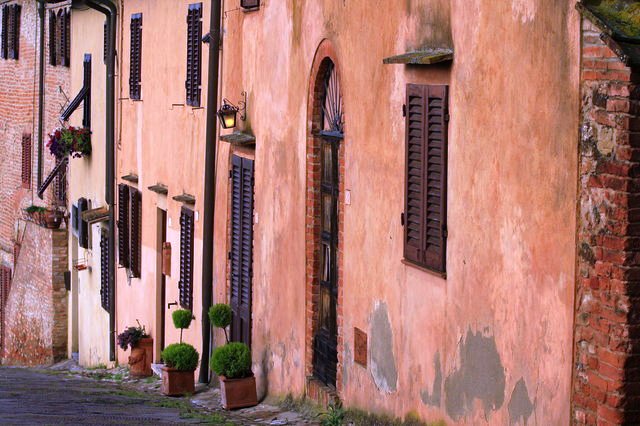 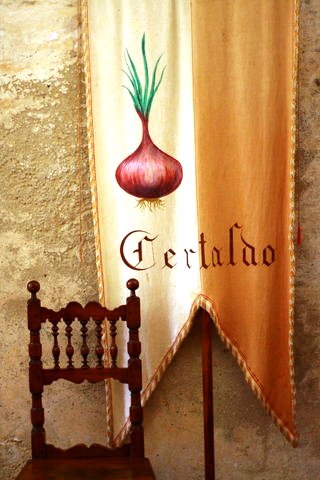 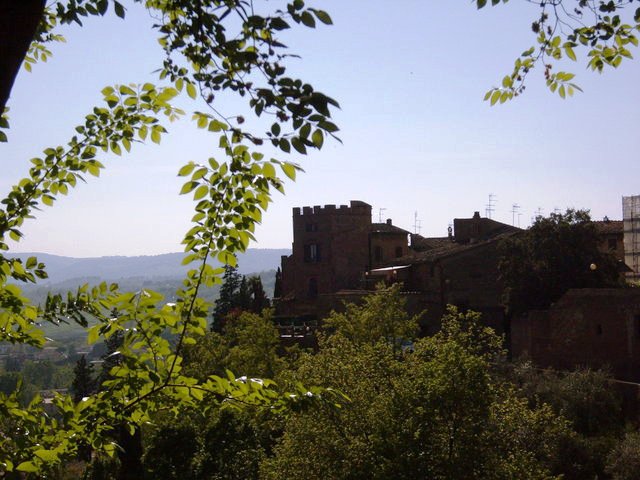 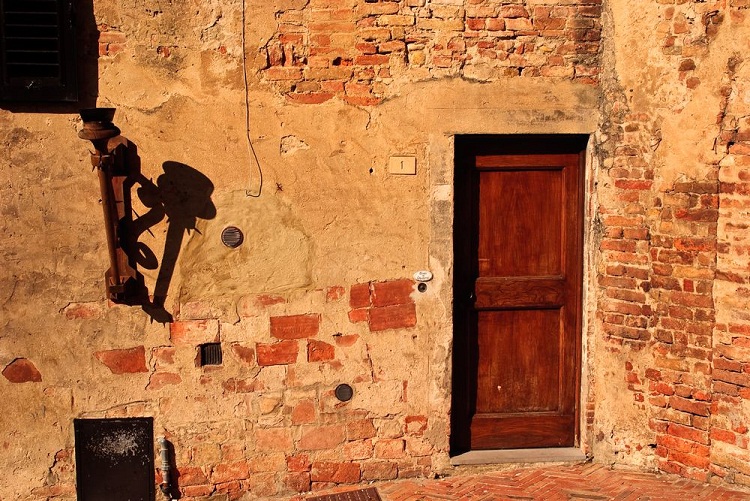 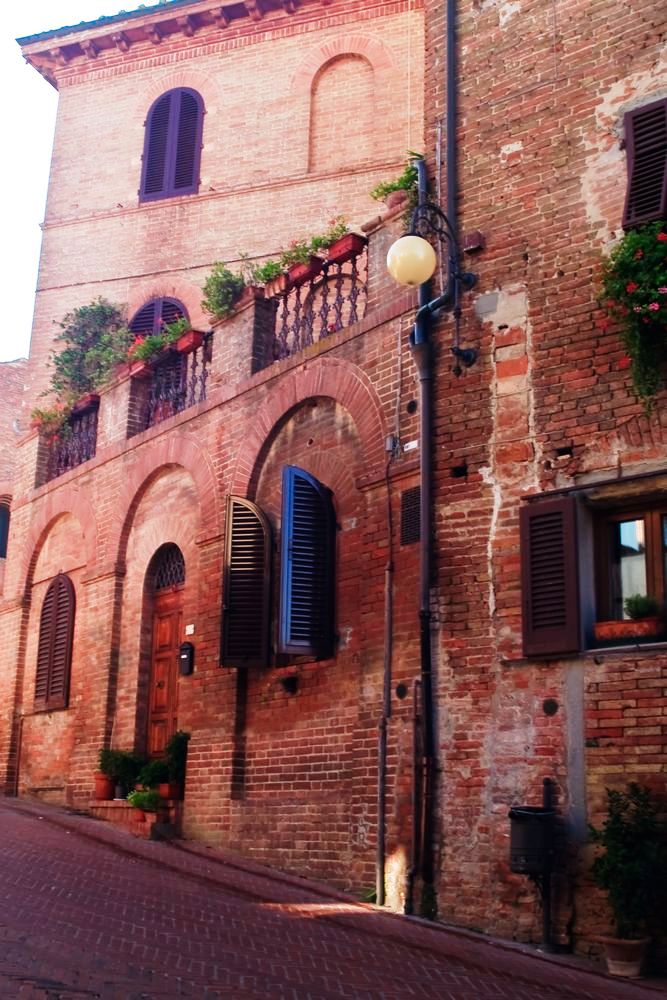 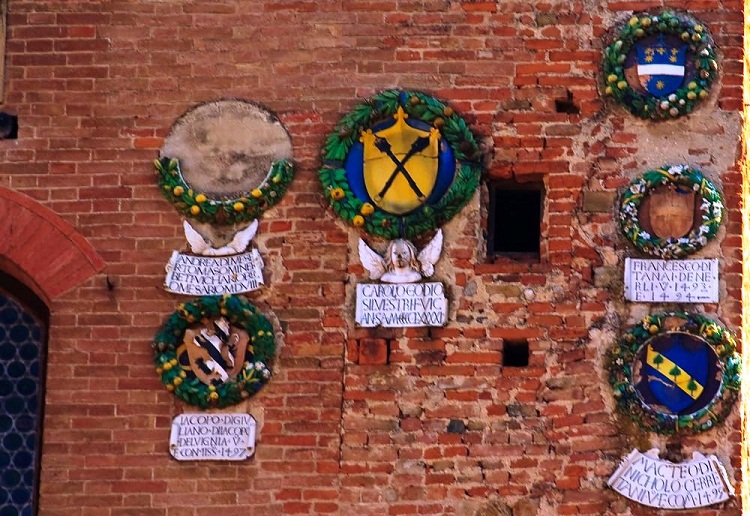 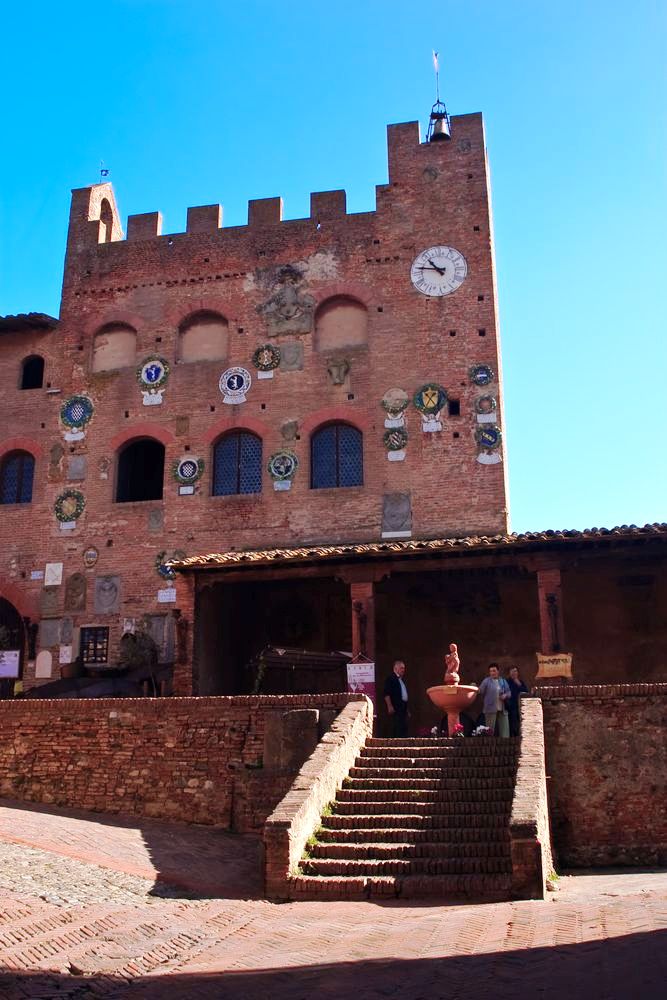 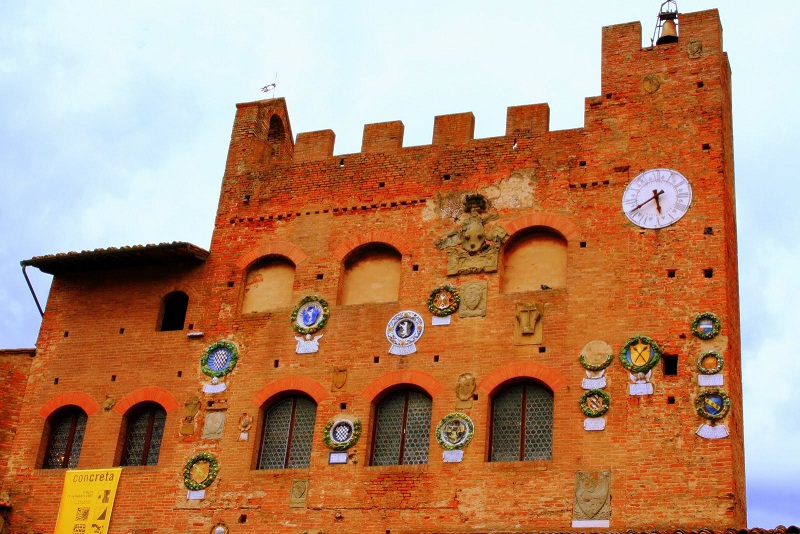 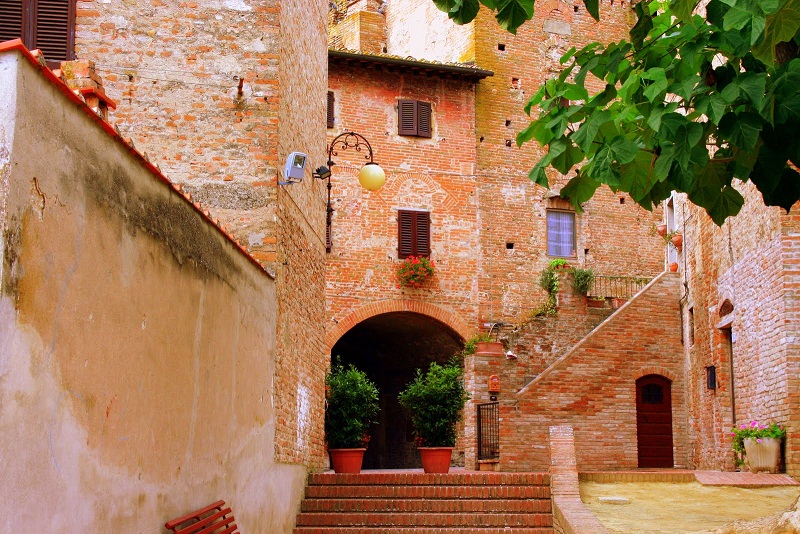 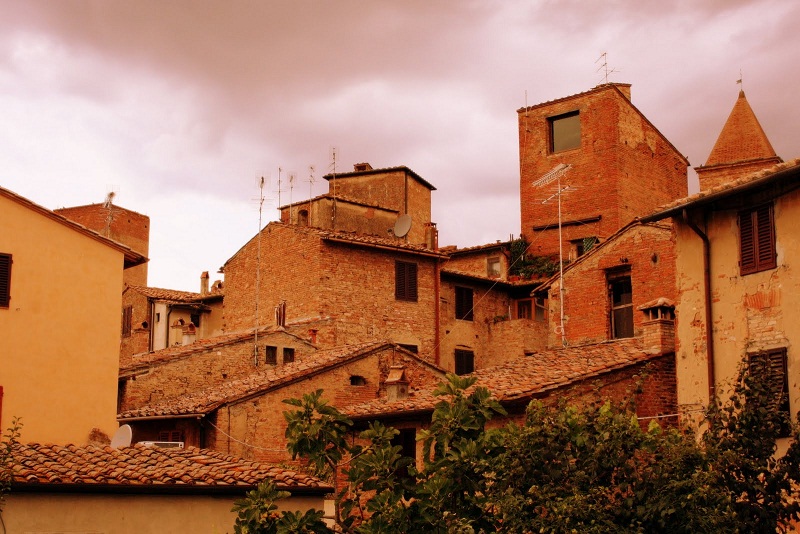 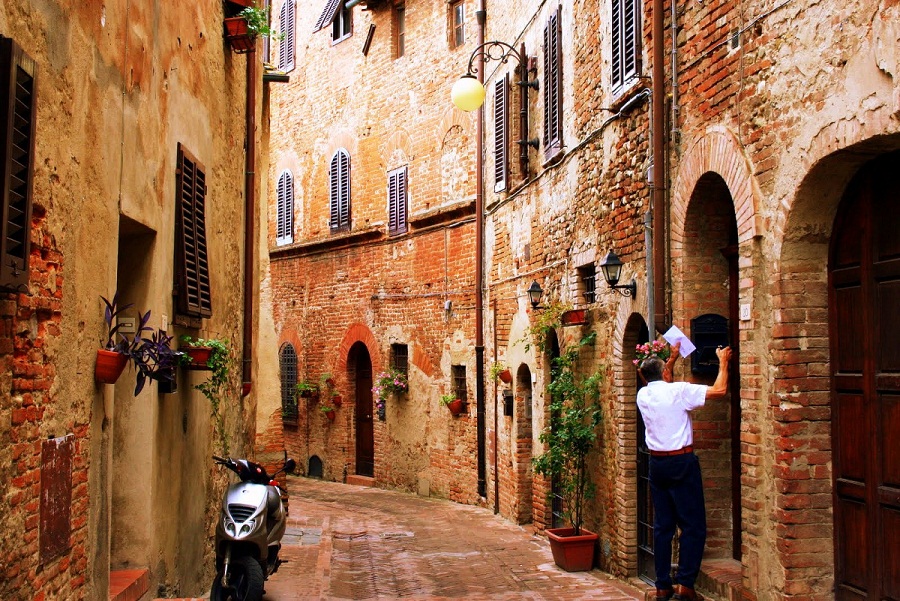 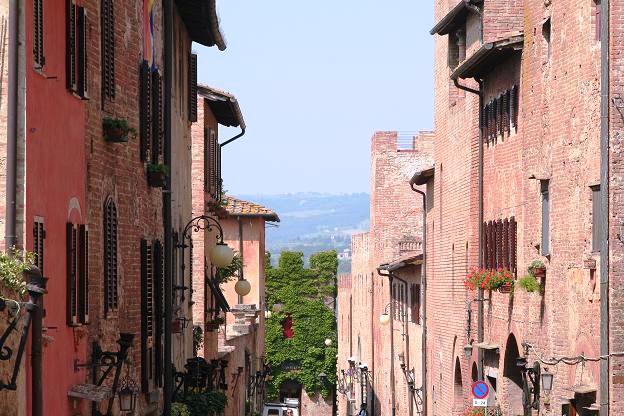 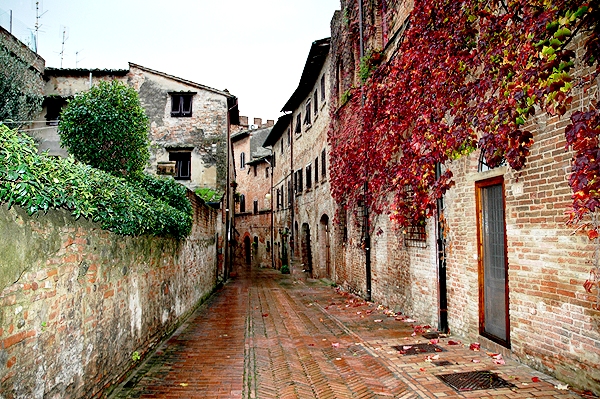 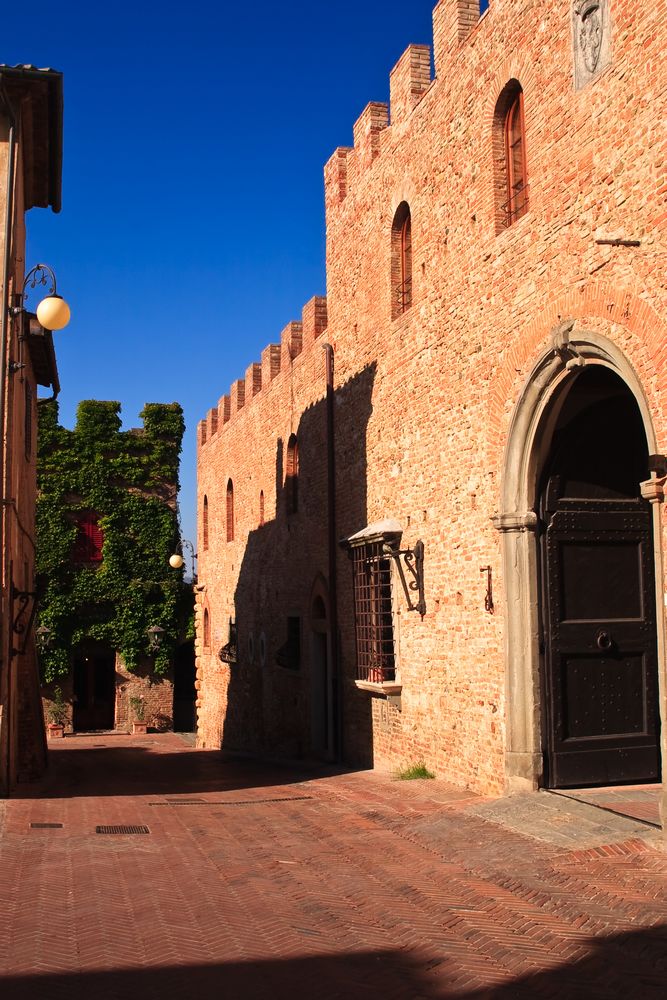