About Las Lajas can say that the story is a Gothic church. The cathedral is located in southern Colombia, was built in 1916 within Guaitara River canyon. Locals believe that miracles happen here. According to legend, an Indian woman named Maria Quinones Mueses to climb cliffs in Las Lajas, going back-and deaf-mute daughter. Tired, she stopped to rest in place today are the cathedral, and her daughter spoke first, telling him about the appearance of ghosts in a cave. Later, the wall of a nearby cave appeared a mysterious drawing, depicting the Virgin Mary carrying a baby in her arms. Experts who examined the drawing say that following the analysis made, there were no traces of paint or pigments found in the rock walls. In contrast, when a sample was taken, it was found that all colors were inked in stone a few inches in depth. It is not known if the legend is true or not, but still gave birth to this great cathedral.

Write your Review on Las Lajas Cathedral and become the best user of Bestourism.com 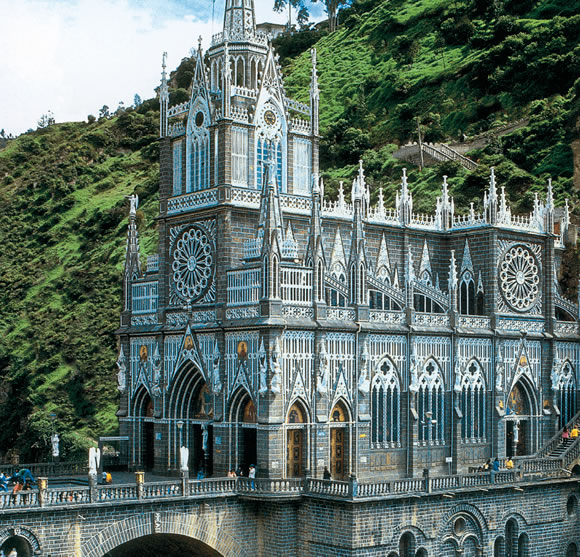 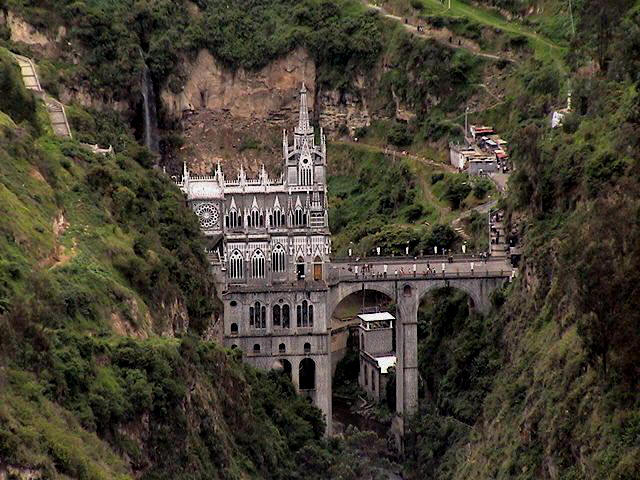 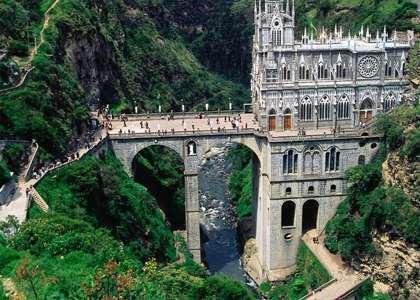