Destinations / The best touristic attractions in Malta / Rotunda of Mosta


Rotunda of Mosta - The Church of the Assumption of Our Lady

Rotunda of Mosta, the third largest unsupported dome in the World, is an amazing church in Mosta, Malta. The church is dedicated to the Assumption of Our Lady and it is the main tourist attraction in Mosta.  It is a really huge church frequently known as the Rotunda of Mosta or Rotunda of St Marija Assunta. It is a Roman Catholic Church and it has an incredible design. This church is known as  Rotunda because of its round shape. All the paintings from inside the building are the works of Maltese artists. The beautiful, classic style of its interior attracts a big number of visitors and of Christians from all around the world. The church is very inspiring and  worth to be visited. It is very easy to find because, from any direction, you can see the huge domed roof.

Rotunda of Mosta was built between the 1830's and 1860's taking almost 27 years  to construct. It was finally consecrated on the 15th of October, 1871. Built in the 19th century on the site of a previous church, it was designed by the Maltese architect Giorgio Grognet de Vassé. He was a French citizen but resident in Mosta. Mosta residents, at that time totaling not more than 1500, built this spectacular church with their own hands. That’s why it took so many years to complete this incredible building. But in  result it became a tourist attraction of world standard. Grongnet's plans were based on the Pantheon in Rome. The original church was left in place while  Rotunda was built around it, allowing the local people to have a place of worship while the new church was being built.

On 9 April 1942, the church was nearly destroyed during World War II. The church took a direct hit from a German bomb while more than 300 people were congregated inside for Mass. The Axis bomb pierced the dome of the church but failed to explode. The bomb was taken outside and was  diffused, and no one was hurt. Nowadays the area where the bomb hit is still visible. The event  became legendary,  many regarding it as a miracle. It was really a miracle that the church remained untouched.

Built in the 19th century the massive dome of the Rotunda is claimed to be the third-largest church dome in Europe - superseded only by St Peter's Basilica in Rome and the Hagia Sophia in Istanbul. Its Roman Catholic Church design is closely based on the dome of the Pantheon in Rome. Its internal diameter is about 37.2 meters (122 ft). The Rotunda walls are nearly 9.1 meters (30 ft) thick. Built on a circular plan and with a neoclassical facade, the Mosta Rotunda has a beautiful, classic style interior with six beautiful side chapels and a huge marble floor. There are some incredible murals by Guiseppe Cali that look almost three dimensional when viewed from several angles.
An interesting fact about this Church is that the stone of the Rotunda baths in the sun and spectacularly has taken a yellow/orange/red color.
One of the main features of the Rotunda is the Replica of the bomb which pierced the dome. The replica is now on display inside the rotunda under the words: The Bomb Miracle, April 9, 1942. Take your time and come and visit this magnificant Church. It will be a great experience and its amazing design will leave you speechless.

Write your Review on Rotunda of Mosta and become the best user of Bestourism.com

Maps of Rotunda of Mosta 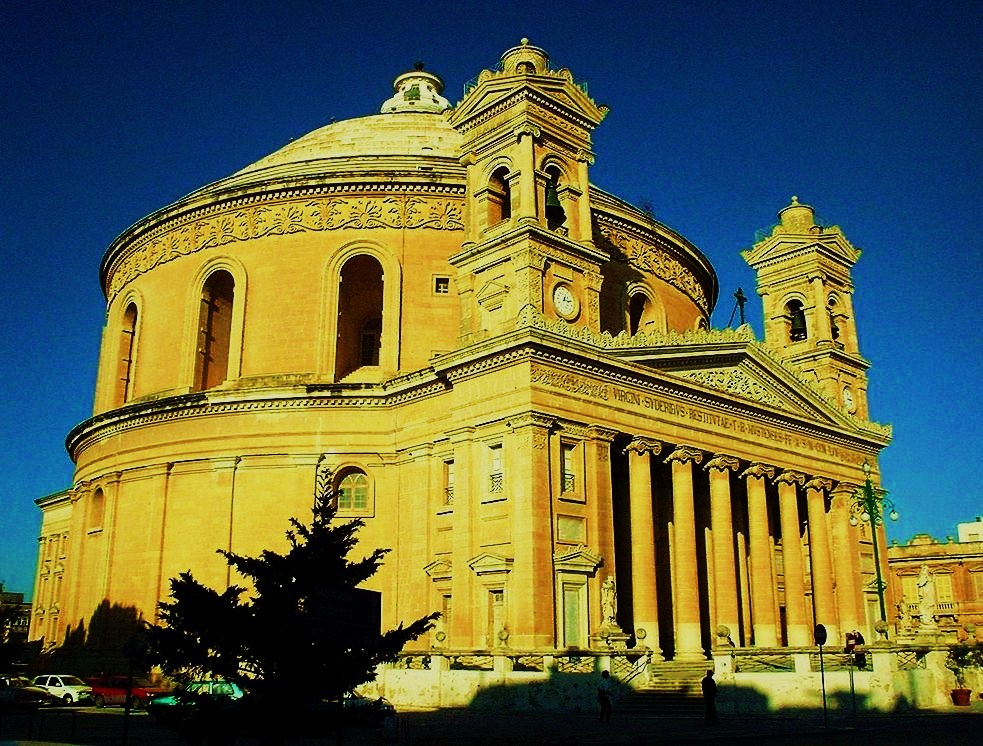 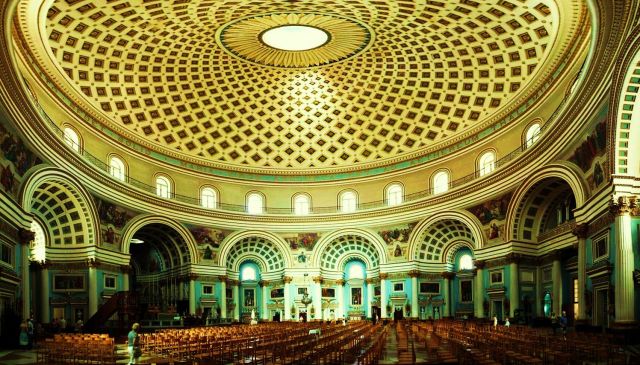 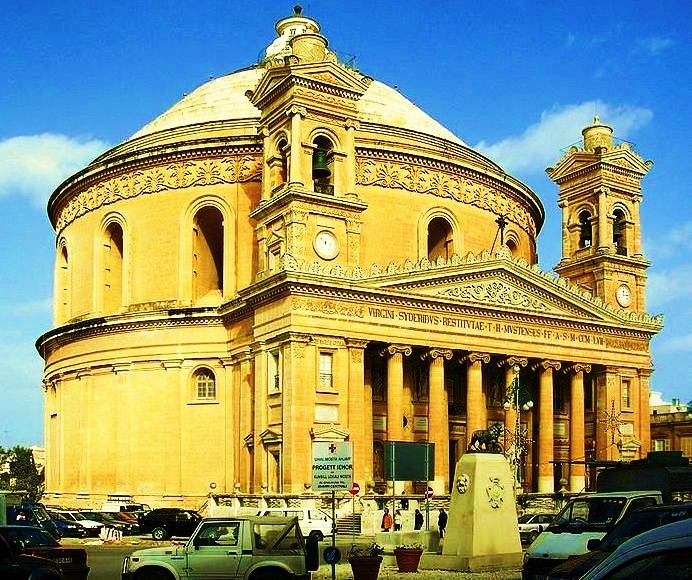 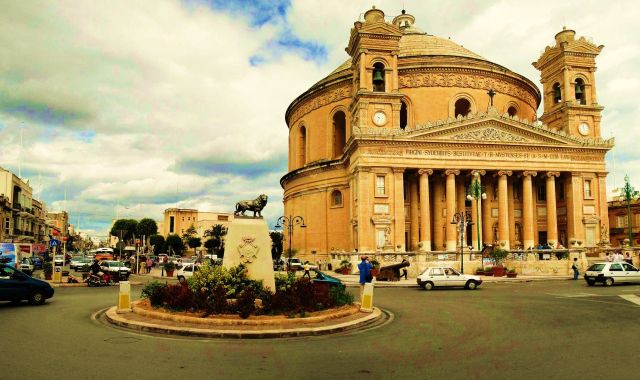 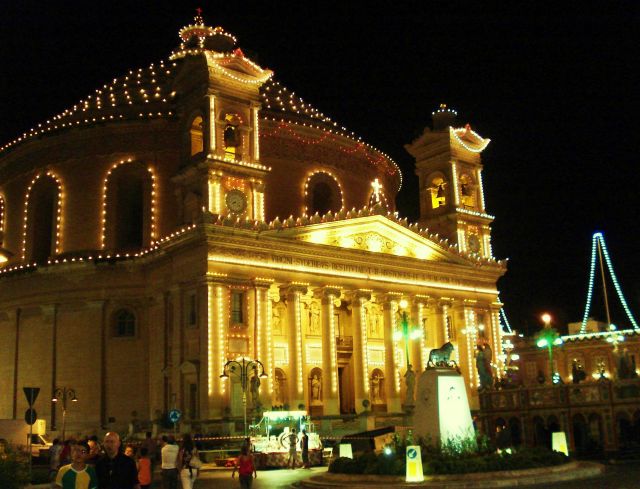 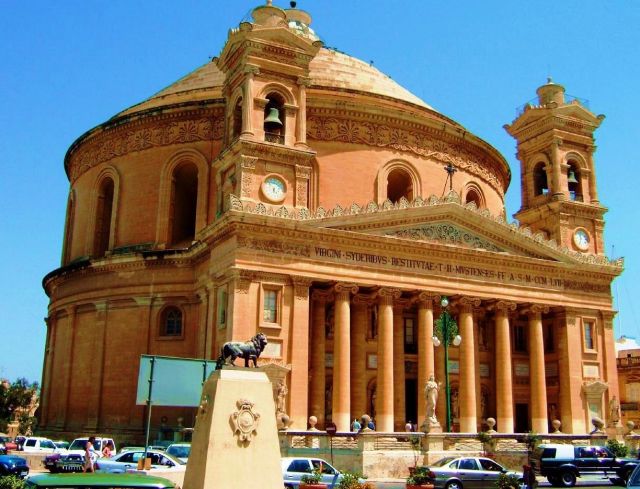 Rotunda of Mosta - Side view 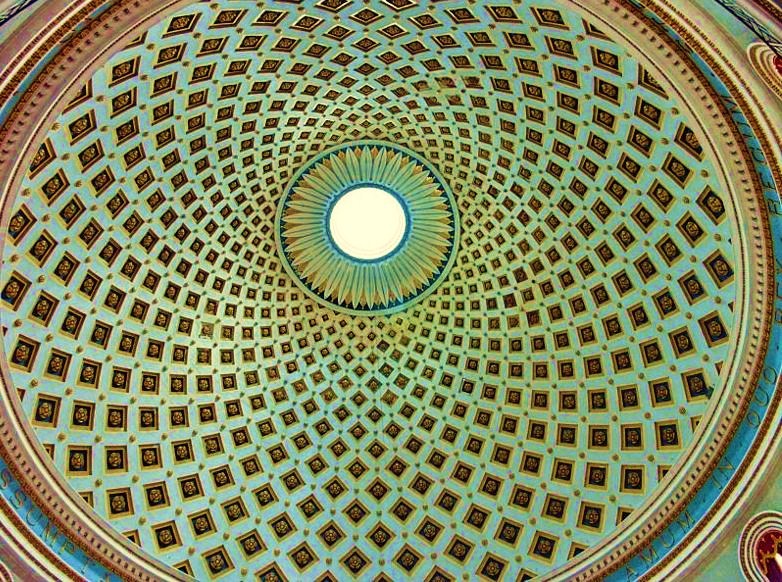 Rotunda of Mosta - The dome 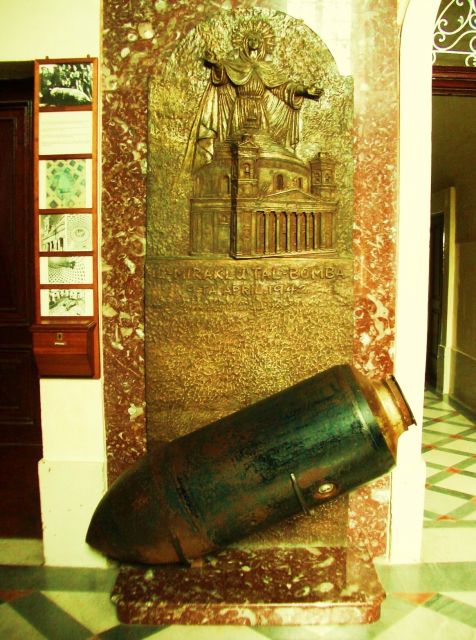 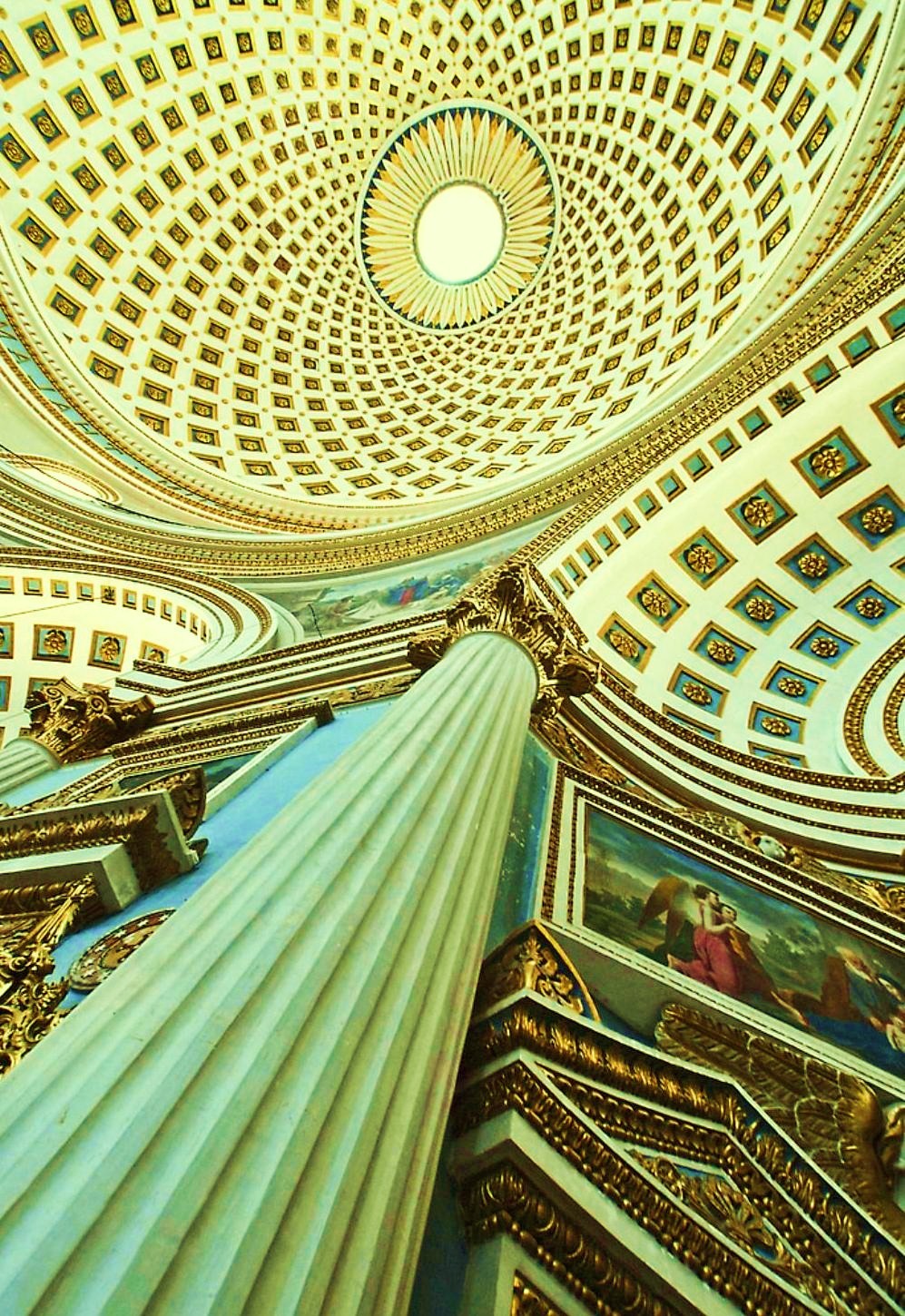 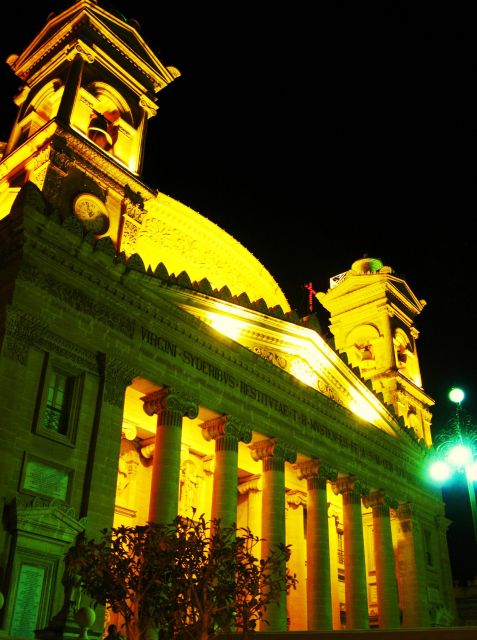 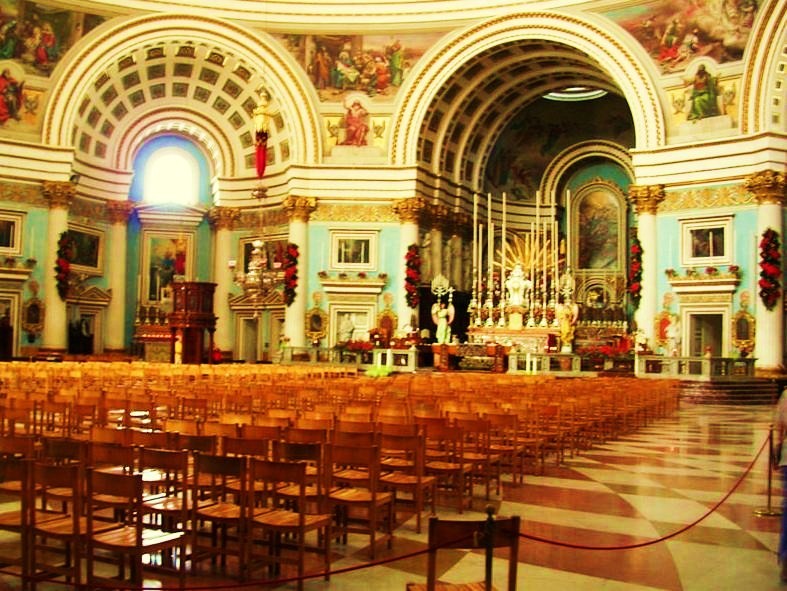 Rotunda of Mosta - Inside view