Destinations / The most popular places to visit in Düsseldorf, Germany / Düsseldorfer Schauspielhaus


Düsseldorfer Schauspielhaus – the most prominent theatre in Germany

Düsseldorfer Schauspielhaus is one of the oldest and most famous theatres in the Germany. The Theater is well known for its tradition of over 100 years, also its incredible building, remarkable stage plays and incredible actors. It is located behind the popular Hofgarten Park. The theatre always has a packed schedule of shows, details of which can be found on their website or by checking listings in the city. The Schauspielhaus is a theater on four stages. Those four stages are: Big House and Little House which are in the theater at the Gustaf-Gründgens Platz and Children and Youth Theatre which is on the Minster Road, and includes two stages.
The theatre in Gustav-Gründgens Platz, designed by the Duesseldorf architect Bernhard Pfau, was one of the last major theatres constructed in the post-war period. In 1970, the grand opening was celebrated with the premiere “Danton’s Death”. Its façade has some curved elements. Also, the three-dimensional architecture creates a specific association with the surrounding more geometrical buildings such as the “Dreischeiben Hochhaus”. Its exclusive architecture has made the Duesseldorf Staatstheater a very well known point of attraction in Duesseldorf.

The History of Düsseldorfer Schauspielhaus

The Düsseldorfer Schauspielhaus was founded on 16 June 1904 by Louise Dumont and Dr. Gustav Lindemann. Because was founded in those early years the theater is considered to be one of the oldest and most prominent theatres in the Germany. On 28 October 1905 the new theater building was inaugurated with a performance of Hebbel's Judith. The building was designed by Bernhard Sehring and had an amazing style. At the beginning, the theater was built as a privately-run theatre. In 1932, because of the death of Louise Dumont, the National Socialist regime imposed a work prohibition on Gustav Lindemann, forcing him to let out the theatre to the city of Duesseldorf.
In 1933 the contract was made and the the Schaupielhaus became an integral part of “Städtische Bühnen Düsseldorf” (Duesseldorf Municipal Theatres) which was destroyed in bombing raids in 1943. During the years 1945 and 1946 Wolfgang Langhoff who had been a group member of Dumont and Lindemann, become the artistic director of the theater. So, in 1945 took place the first premiere of the theater in the opera house which at that time had undergone only provisional repair works. After a few years, after Langhoff left the theater, Gustaf Gründgens was chosen to replace him.
In the period when he was director of this theater, his productions made Düsseldorfer Schauspielhaus Europe’s most notable theatre. It was one of the most remarkable times in the entire history of the theater. He could do what other executives have failed. In 1955, Gründgens left the theater and went to Hamburg leaving his productions of classic plays to his successor Karl Heinz Stroux. Karl continued to confirm the status of the Schaupielhaus.
On 16 January 1970 was inaugurated the new building designed by Bernhard Pfau. The opening was accompanied by angry protests under the motto "people in the theater - throw out the big shots” because there had been no free tickets for the show and only invited guests were admitted. The building was sealed off by police, there were several people injured and more than 20 people were arrested. From 1972 till 2011 the theater changed a big number of directors.

The Düsseldorfer Schauspielhaus is well known for its contemporary dramatic art, also for its drama stage plays. Here there are a great number of premieres, among others interesting drama plays by Juli Zeh, Martin Heckmanns and Rimini Protokoll and further impressive plays by young and prestigious authors. All the plays form a great repertoire of the theater.
In the Düsseldorfer Schauspielhaus, very popular and is much appreciated Die “Autorenlabor“, which is very distinctive in the Germany. It is under the direction of Thomas Jonigk.  The Best thing about Duesseldorf Schaupielhaus is that it has undertaken a long-term commitment to promote young authors.  The theater presents you a wide range, from big productions to more experimental offerings – which are usually shown in the smaller of the two halls of the theater. Shows are always in German. So, if you understand German, don’t miss your chance to visit this incredible building and to watch a great stage play. Here you’ll have the chance to see different kinds of plays foe every taste, and the incredible design will make you want to visit this place again and again.

Write your Review on Düsseldorfer Schauspielhaus and become the best user of Bestourism.com 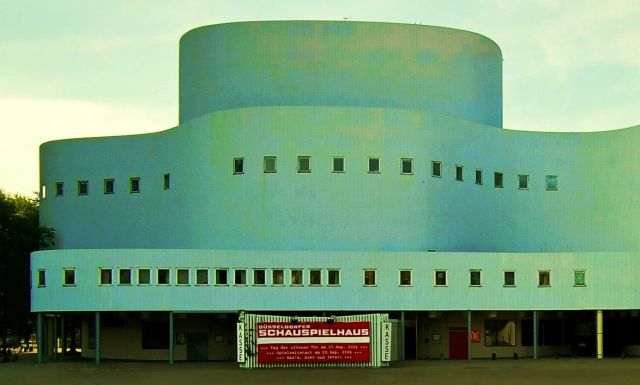 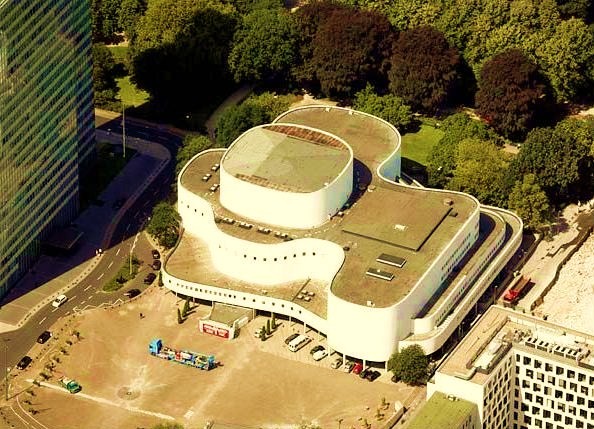 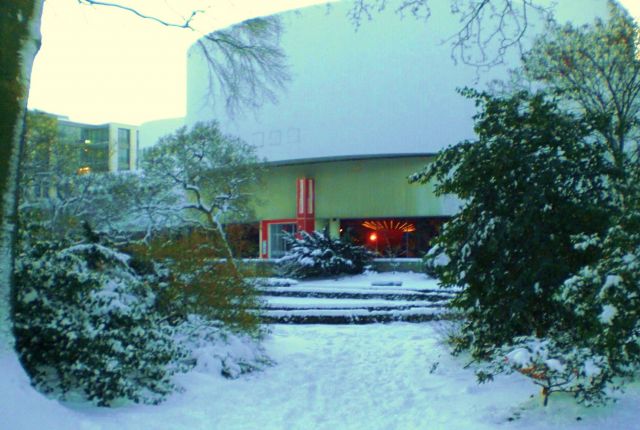 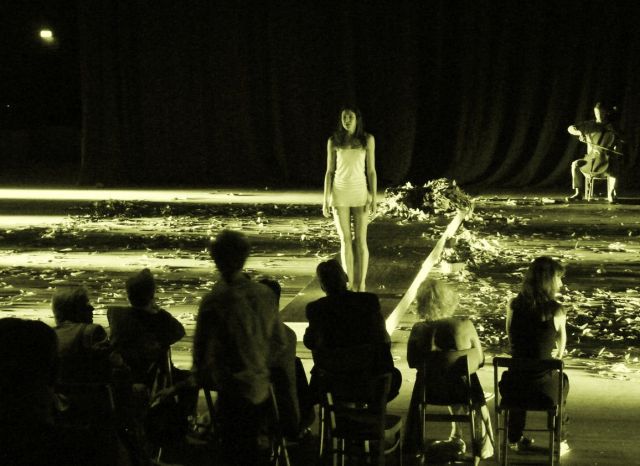 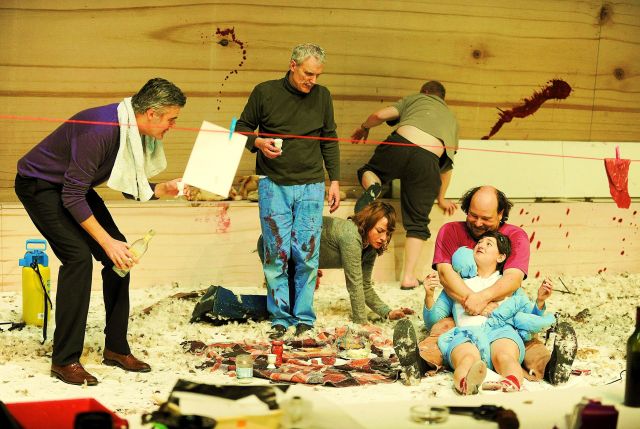 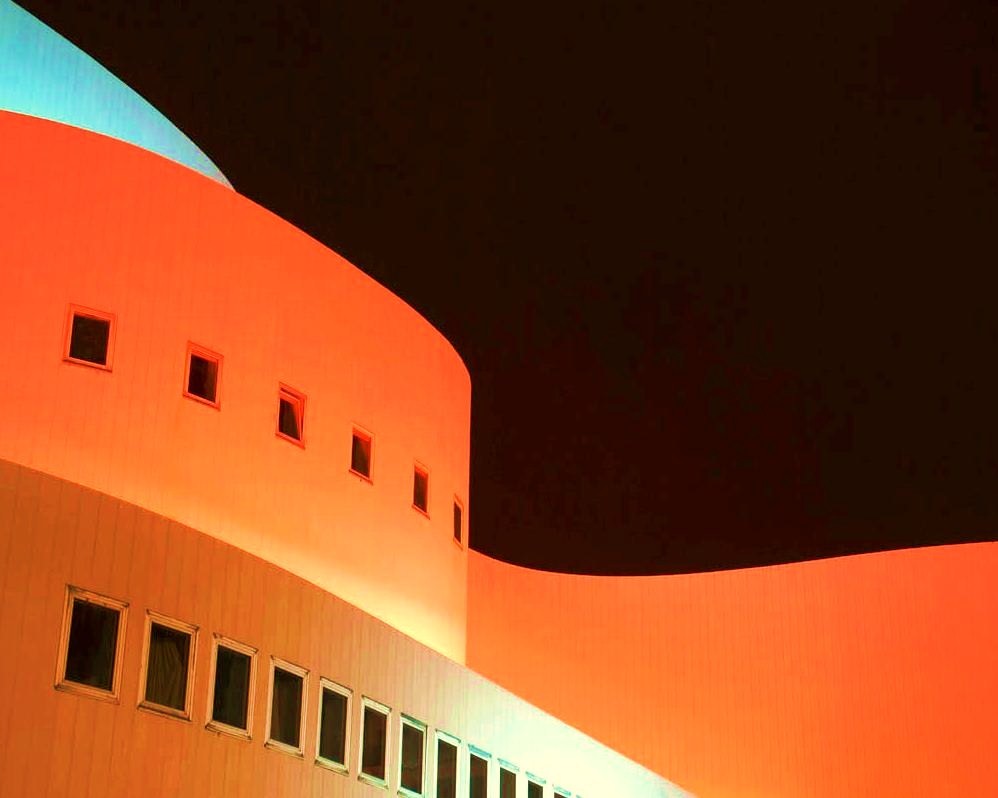 Düsseldorfer Schauspielhaus - Top of the building 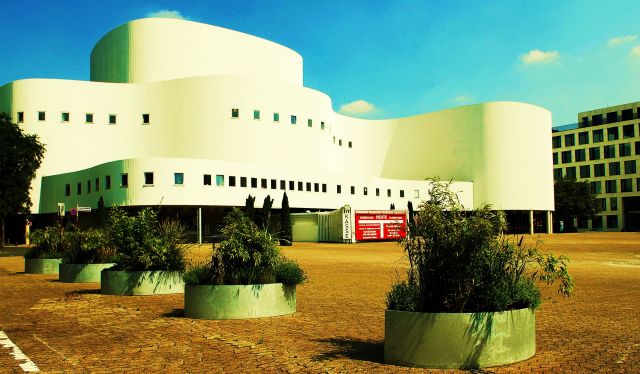 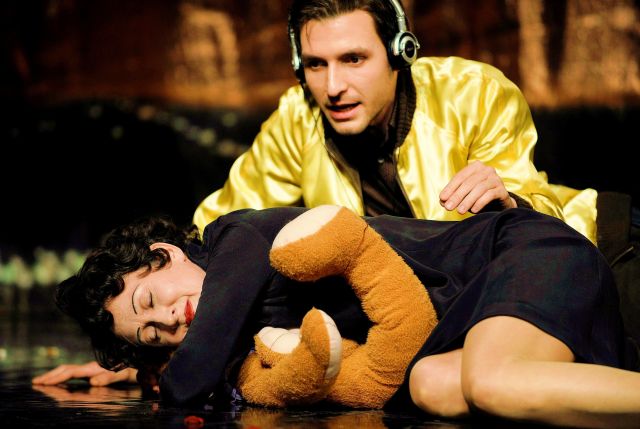