Destinations / The most beautiful places to visit in Casentino, Italy / Castel Focognano

Castel Focognano is a little Italian town that rises along the eastern part of Pratomagno mount up to the Arno Valley on its left bank, at the southern end of Casentino, dominating the Soliggine torrent and is part of the province of Arezzo. Castel Focognano is located about 25,7 kilometers away from Arezzo, that is the Chief Town of the homonymous province to whom the municipality belongs, and about 12 km far from Bibbiena. The town enjoys a hillside location, being set on a hill 457 meters high. Yet the territory of the municipality lies between 281 and 1.458 metres above sea level. It is administered from the industrial chief town of Rassina and is located five kilometers away from Rassina.

The municipality has preserved the original name of the old hamlet, which had been the ancient village of Castel Focognano until 1778, when the grand duke Pietro Leopoldo relocated the office to the village of Rassina. Throughout time, this center has become one of the largest and best-positioned spots along the valley. Nowadays, the municipality has about 3 200 inhabitants, according to the national census made in 2001 and covers an area of 56,6 square kilometers. The production of wheat, fodders, grapes and olives and the activity of several industries in the fields of chothes and cement are the main industry branches of the local economy.

Castel Focognano was called Castrum in ancient times. The current name of the town originates from the compound of "castello" (castle), derived from the Latin word "castellum", and of "Focognano", which is a proper name of person "Falconius" or "Fulcunius" in Latin language, to which the suffix "-anus" was added to specify "belonging". Castel Focognano was mentioned for the first time in historical documents during the 11th century, yet there are no doubts that the settlement has been inhabited since the most ancient time. The first settlements in the area date from the Etruscan times, which is testified by the numerous monuments and archaeological finds dating back to that time on this territory. As proof for the Etruscan settlement are the the remains in Pieve a Socana, behind the apse of the church built in Romanesque style, of an immense ara dating from the 5th century, along with the ruins of an entrance ladder leading to an antique temple, pieces of ceramic or black paint, antefixes from the 5th century and several stone block with Etruscan carvings from that times. There are also traces left dating from the Roman period. The very first villages arose on hillside and were built during the 5th and the 6th centuries A.D. During the next centuries the territory got depopulated as the early inhabitants were obliged to leave the place due to Barbarian invasions and seek for more safe mountainous regions, and it was only around the 11th century that it was repopulated again. This is the time when a fortified castle with a double ring of walls was built here and this represented the core for the inhabitants to build their houses around it. Thus, the name of the settlement originates from this castle. By that time the hamlet had been under the control of the family Giannellini, who owned the properties for the following three centuries. In 1322 the territory of Castel Focognano was invaded by Arezzo troops of Guido Tarlati, Bishop of Arezzo and as a result of a six-month siege the territory came under the dominion of the subjugating power. Farther on, the property of the castle of Castel Focognano was ceased to the family Umbertini's and then became territory of the Republic of Florence. It was initially owned by the Medici's Grand Dukes, who offered the village the status of a Podestà's seat of the Florentine countryside. The Medici's domination lasted until the beginning of the 18th century when the last member of family Medici has passed away and Castel Focognano passed to the Lorena's Dukes.  The Grand Duke Pietro Leopoldo of Lorena relocated the administrative seat of the municipality to the close village of Rassina in 1778. He stayed up in Rassina until the Unity of Italy took place in 1861 due to King Vittorio Emanuele II of Savoia. The city registered a great economic development in 1946. Yet the town had suffered from a great flood of the Arno river in 1992, causing great material losses. Witnesses to the great history of Castel Focognano throughout time, the ancient vestiges that still stand today are the ruins of fortifications dating from the 14th century and the Palazzo Podestarile, whose façade features armorial bearings of the podesta; a small loggia built the 15th century; in the proximity the Torre di Ronda watchtower can be seen, which is the single structure that was preserved from the the original 11th-century castle destroyed by Bishop Tarlati in 1322, transformed nowadays into a site of a documentation centre on the rural culture of Casentino.

Among the most important places not to miss visiting in Castel Focognano, there are the Chiesa di Sant'Antonino (Saint Anthony Church) which is of great interest, the Podesteria (Podestà's seat) with the emblems of the ancient noble families, the Mulino del Bonano (Bonano's Mill) and la Torre di Ronda (Ronda Tower.  Chiesa di Sant'Antonino is located a few kilometers away from Rassina, at Pieve a Socana and it is a Romanesque church.  It boasts a cylindrical bell-tower. Throughout its history of more than 2000 years,
It has witnessed three civilizations, the Etruscan, Roman and Christian one. A sacrificial altar and entrance temple steps have been discovered from the Etruscan times. Although the church is mentioned in an official document in 1072, it can be dated to the 12th century, as ruins point out the presence of a church even before the 11th century. Nearby at Salutio, the Church of Sant’Eleuterio is worth visiting as well. The sanctuary features a Romanesque style of Byzantine origins and baroque elements. It was erected in the honour of Sant'Eluterio, and contains several precious art works dating from different periods, among which a 15th century fresco of the Annunciation. Further on, the Church of Santa Flora and Lucilla enjoys views on the picturesque mountain village of Carda and houses a valuable altarpiece dating from around 1430 attributed to Mariotto di Cristofano (1425) and a canvas by A. Pontenani (1615).  The church is dedicated to Saints Flora and Lucilla.
Among the numerous celebrations that take place in Castel Focognano, worth attending is the "Saint Anna's Fair" one, which is held annually on July, where you will have the opportunity to taste delicious specialties typical to the area.
Sponsored Links

Write your Review on Castel Focognano and become the best user of Bestourism.com 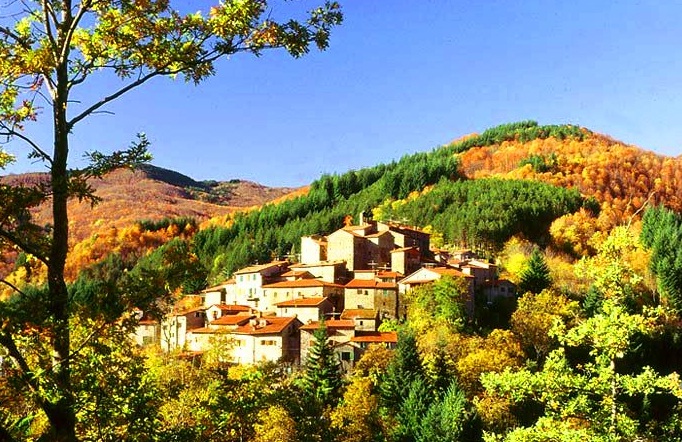 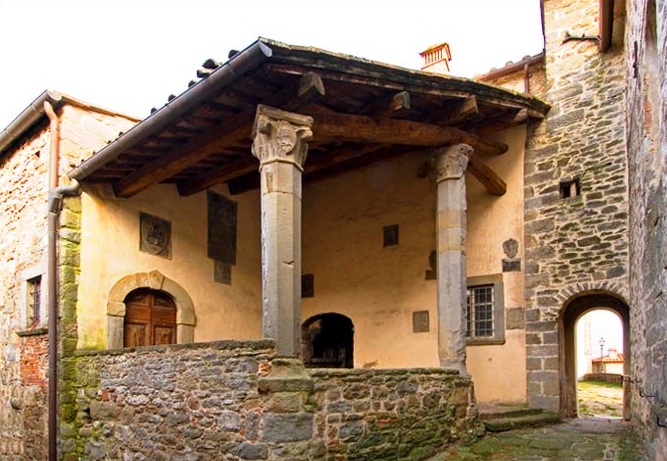 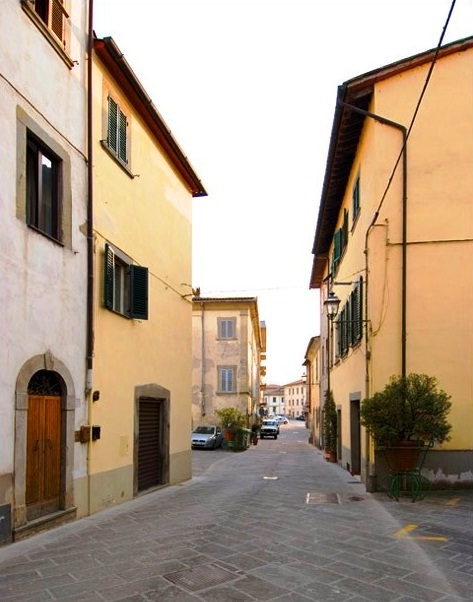 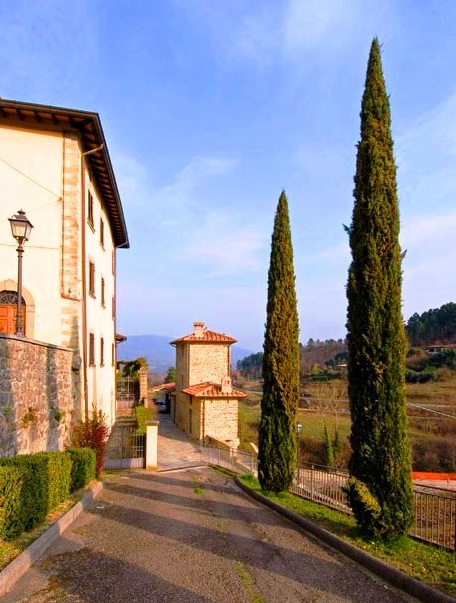 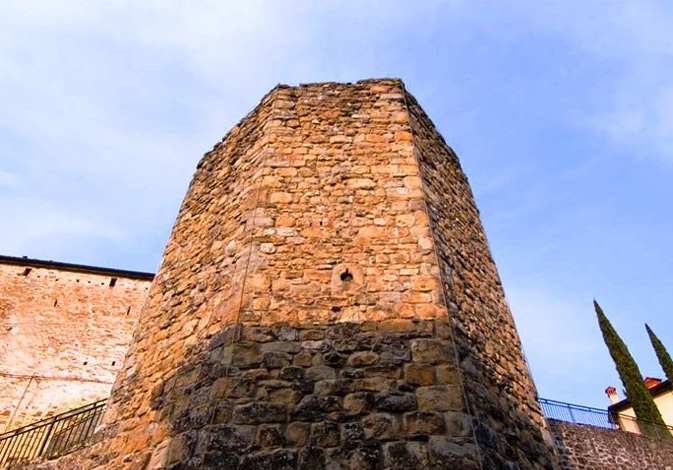 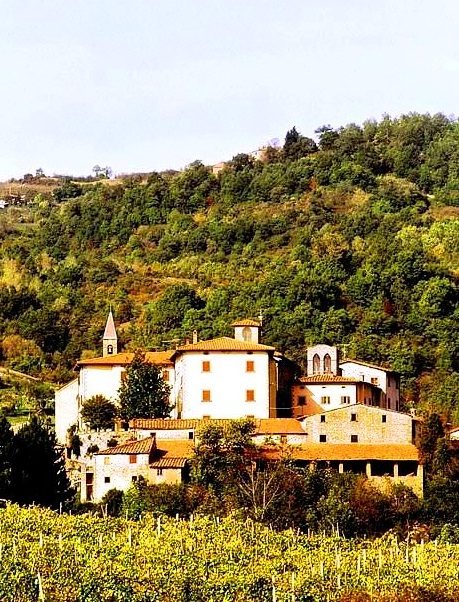 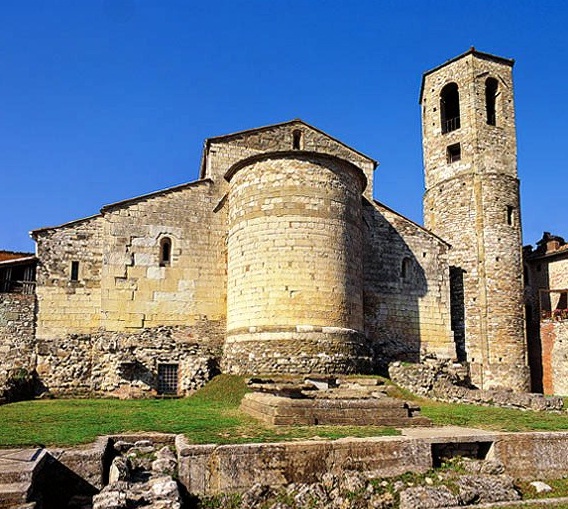 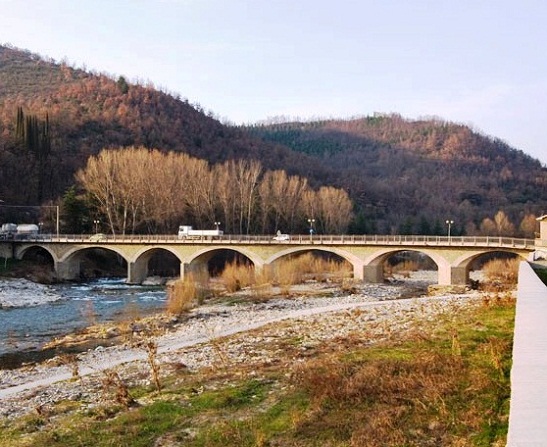 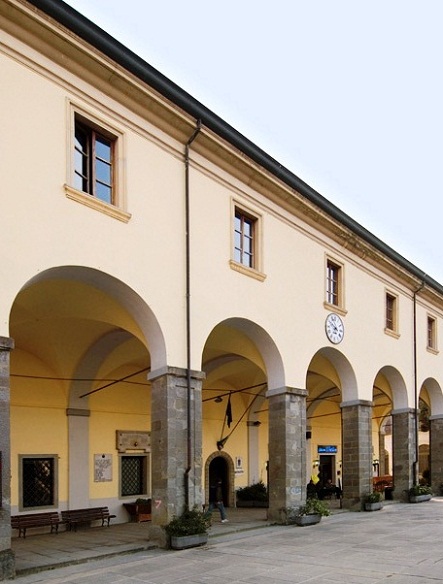 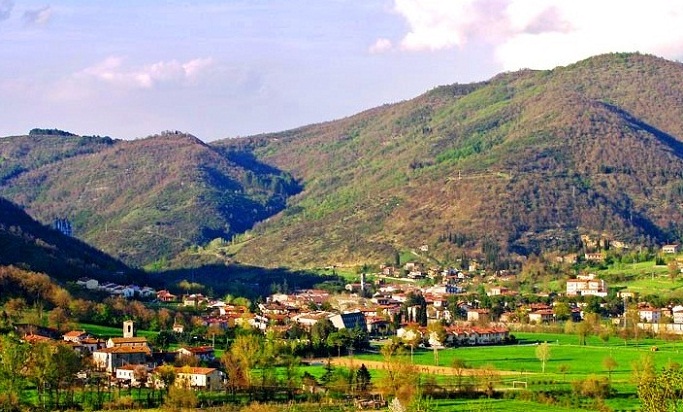