Destinations / The most popular places to visit in Düsseldorf, Germany / The Auferstehungskirche

The Auferstehungskirche it’s an amazing church designed in a unique style. The Auferstehungskirche is an evangelical church and is located in Dusseldorf at the top of Kassel, Arnulfstraße/Ecke Quirinstraße Street. The church is made from brickwork dating back from the 1920s. The other materials used in the edifice like clay and natural stone are unconventional for the time period in which it was built. This is a real piece of art and culture and also a unique building that deserves to be visited. Because it was made in the early years, this building gathers to itself a glorious past and a remarkable history.

The evangelical Church Auferstehungskirche was built 1913-1914, and boasts an impressive hall with galleries and high scrolled gable with ornaments in an incredible style.
It is a historically important example of architectural Art Nouveau, which points forward to the Rhine-brick architecture of the 1920s and is thus a testimony to the architectural history of his time.
The main architects of the Church in that time was Rudolf Verheyen and William Julius Stobbe.  They made the Church, rectory, parish hall and administration buildings as a structural ensemble of unplastered brick structure with stone, all with green tile roofs.  Combined all together it formed in those days, a magnificent novelty. The church, the hall with galleries, presents itself with high-Baroque forms which were attached at the side scrolls framed. Also there were persisted Art Nouveau ornaments, scrolled gables and a tower with octagonal coughed Wind Gallery. Traditionally on Christmas evening at midnight, in the church comes a great number of Christians who listen to prayers.

The main attraction of the church

One of the most interesting attractions of this church is the Europa-Orgel „Felix Mendelssohn“.
This is an amazing instrument which was constructed in 2004 by the organ builder William Sauer. The instrument, with its color variation and with its registers from different European regions and for its different musical styles which are expressed clearly like Spanish trumpets, Italian floating voices, registers in the French-and German-romantic style, makes this church more majestic . The instrument has 65 stops on three manuals and pedal, mechanical grinding shop, mechanical and electrical sound and stop actions.

In addition, the Church reminds with its name the well known Felix Mendelssohn Bartholdy, who from 1833 to 1835 was working in Dusseldorf as Director of Music.Besides its amazing beauty the church has a beautiful courtyard with trees which occupied the street. The Church also has three bells. The sound of the bells is very pleasant and also calming.
So if you like to see some unique designs and stiles that you should definitely come and visit the Auferstehungskirche. It will be a great opportunity to enter in the 1920’s culture.

Write your Review on The Auferstehungskirche and become the best user of Bestourism.com 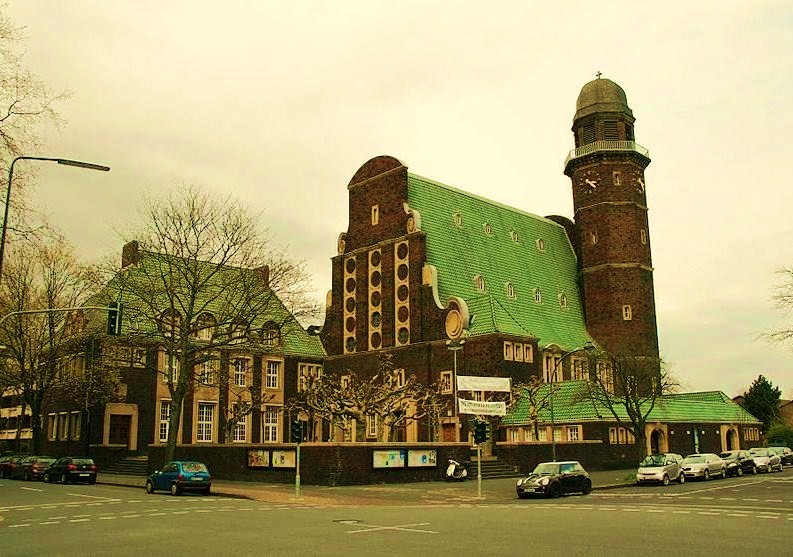 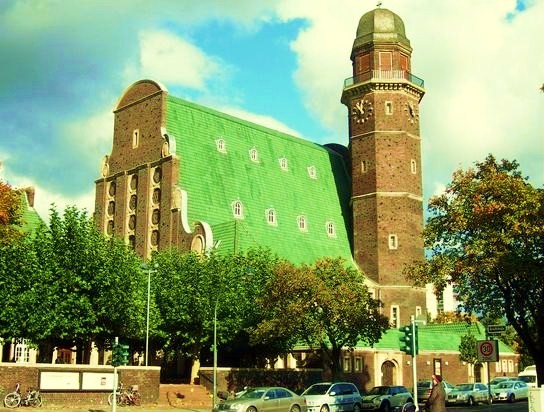 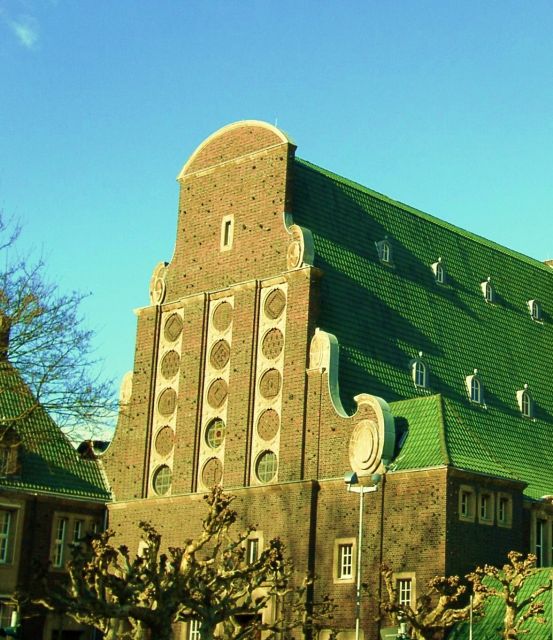 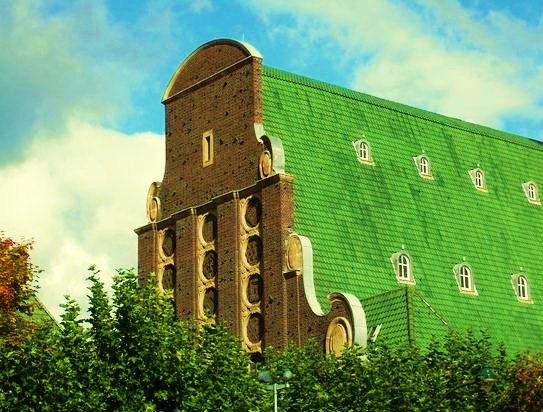 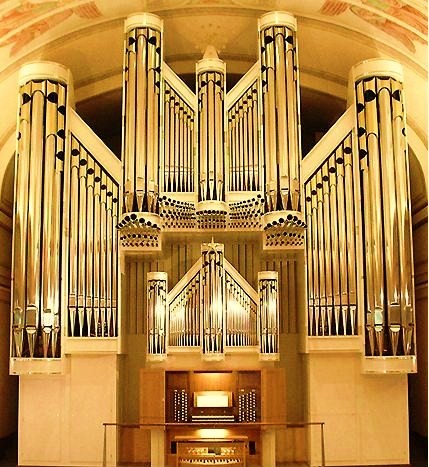 The Auferstehungskirche - An amazing instrument 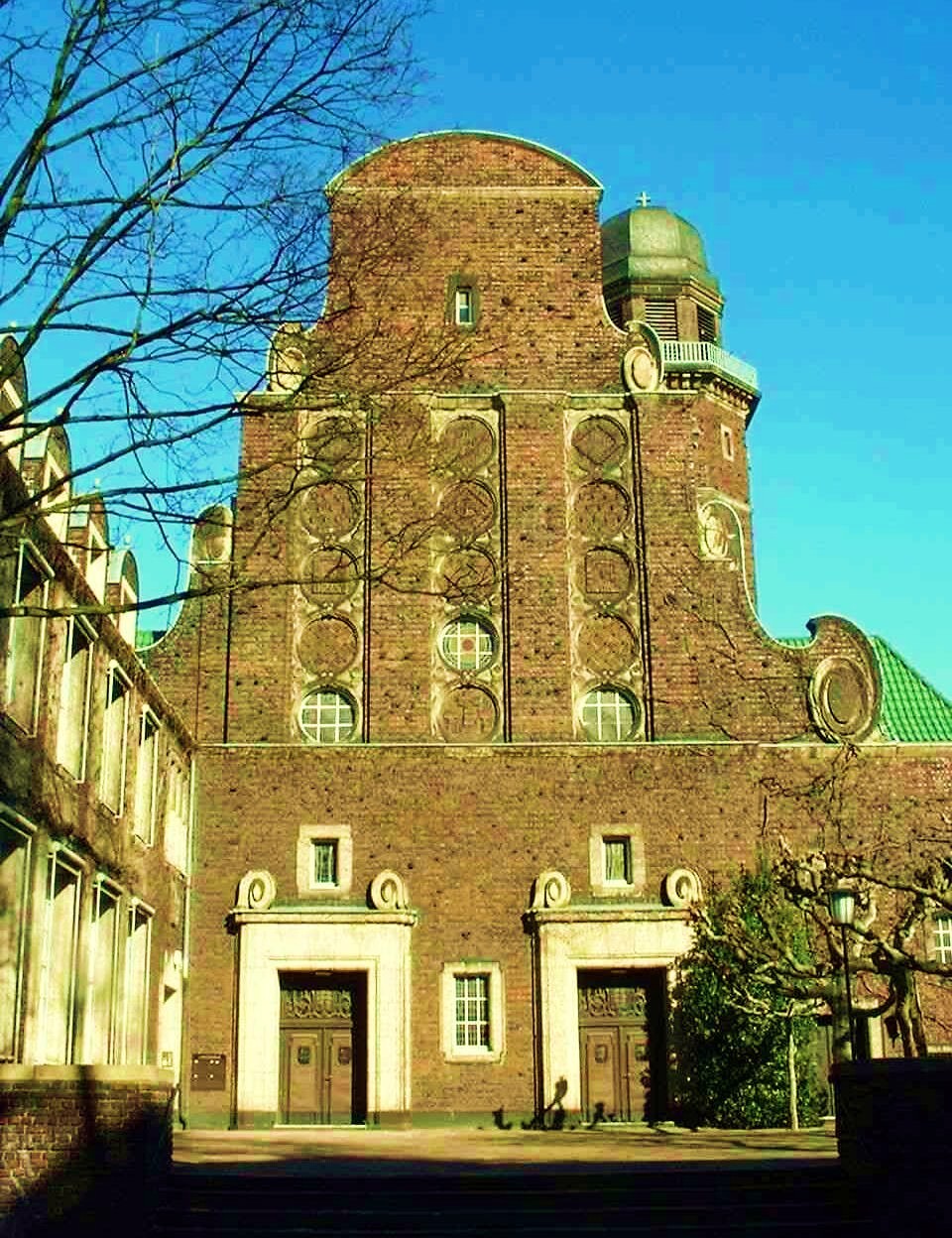