Opera House in Oslo is a majestic structure that represents the seat of the Norwegian National Opera and Ballet, and also the National Opera Theatre of Norway. This imposant building is located in Bjorvica, in the heart of Oslo, near the Oslofjord. The construction was made by Statsbugg, a government owner of property. The architects of the project were Snohetta, a Norwegian company, who also designed the Library Alexandria in Egypt. The National Opera Theare were Theatre Projects Consultants, with the headquarters based in London. The acustic designers were the company named Brekke Strand Arup. The building covers an area of about 38,500 square metres, including 1,100 rooms, one of them has a capacity of 1,350 seats, another one has over 400 seats. For the project was plan a budget of about 4.4 million NOK(norwegian money), but when finished it, the founders  realized that it cost 300 million NOK. Opera House of Oslo is a spectacular landmark in the city, which represents a valuable treasure, delighting visitor’s eyes and souls with amazing spectacles, where can find a lovely ambiance. Everyone is fascinated about this charming structure, being the last cultural center built in Norway in the last 700 years, a incredible piece of art, due to the contribution of the best artists and architects who gave the best to built this pearl of art. The main attraction in the building is its beautiful stone roof, made of 36,000 fitted pieces, allowing to the Opera vistors to take a deep breathe of fresh air on the top of the building, to navigate over the roof, offering breathtaking views over the surroundings. Those 1,100 rooms are decorated in a spectacular style with crafted woodwork, inspired form the traditions of the Norvegian builders of the boats.

Main Theatre at the Opera House

This magnificent theatre seats in a horseshoe shape of about 1,370 metres, decorated in a classic style. In the interior was used the oak, which was darkened using ammonia, creating a very rich and intim space for the audience. An oval chandler, that reflect a diffused light through 5,800 crystals, which is situated overhead. The architects and the engineers designed the theatre  very close to the stage, in this way to provide with the greatest acoustics. The auditorium of the theatre has 1.9 second reverberation, which is very good for this type of theatre. The balconies situated on the side reflect the sounds down to the audience, while the other balconies reflect the sounds in different directions, creating an exceptional atmosphere.

The interior of the Opera House is a visible contrast from the glacial landscape formed by the white marble. The design was made to capture more light and shadow in the building, that makes a very mysterious decoration. Walkways on the roof are made of brilliant Italian marble, where the slabs form a complex of unrepeatable pattern of cuts. The main entrance in the Opera House is made by a crevasse under the lowest point of the roof of the building. The interior design is stunning, giving the sensation of height. Amazing white columns rise up, supporting the vaulting ceilings. The windows, that have 15 metres high reflect a pure light. The glass of the windows tend to take a green color, for making the best transparency the architects chosed a very clear glass, with a low iron content.

The building supposed to combine three elements: the Wave Wall, the Factory and the Carpet. The Opera and ballet are very young forms of art in Norway. The Bjorvika Peninsula, where is the Opera House situated, is a historical site, is a pitoresque harbor city, being a point of meetings with the rest of the world. Opera House was designed as a factory, which is functional and flexible, which was very important during the formation of the structure. On that time a number of rooms were adjusted to the collaboration process, when were changing some things, without touching the architecture style. To make from opera a very exciting monument the architects made it very accessible by the visitors , they created a “Carpet”on the top of the building, including horizontal and slopping surfaces. To the Carpet was given an articulated form. The materials used to decorate de roof, were having a specific weight, color and texture, that created a vital design to the building. During the construction period to the building was clear that have to add some additional surfaces, for traffic vehicle, in a large area of gravel. This imposant building is a very important destination in Oslo, with its spectacular beauty and the unique architectural style. This structure is a great recreational spot for tourists, while in the city, and for those who love to watch the opera and ballet spectacles. On the top of the building the visitors can admire the dramatic views that opens the roof, creating a very exciting  ambiance.
Sponsored Links

Write your Review on Opera House and become the best user of Bestourism.com 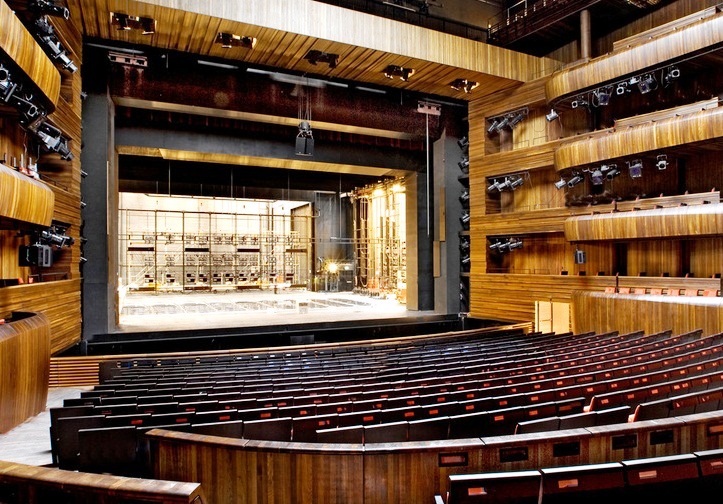 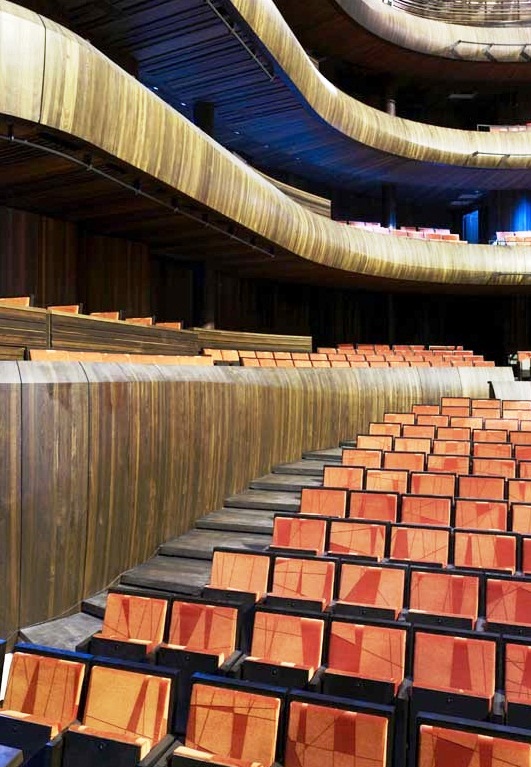 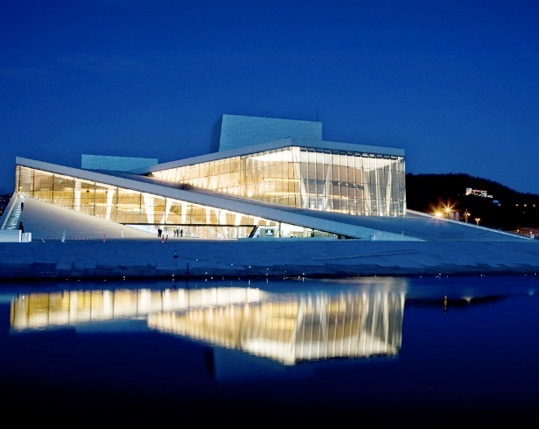 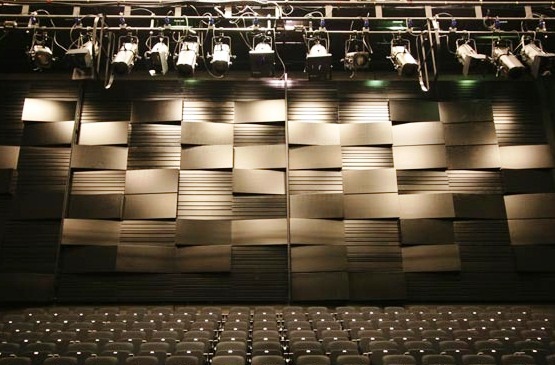 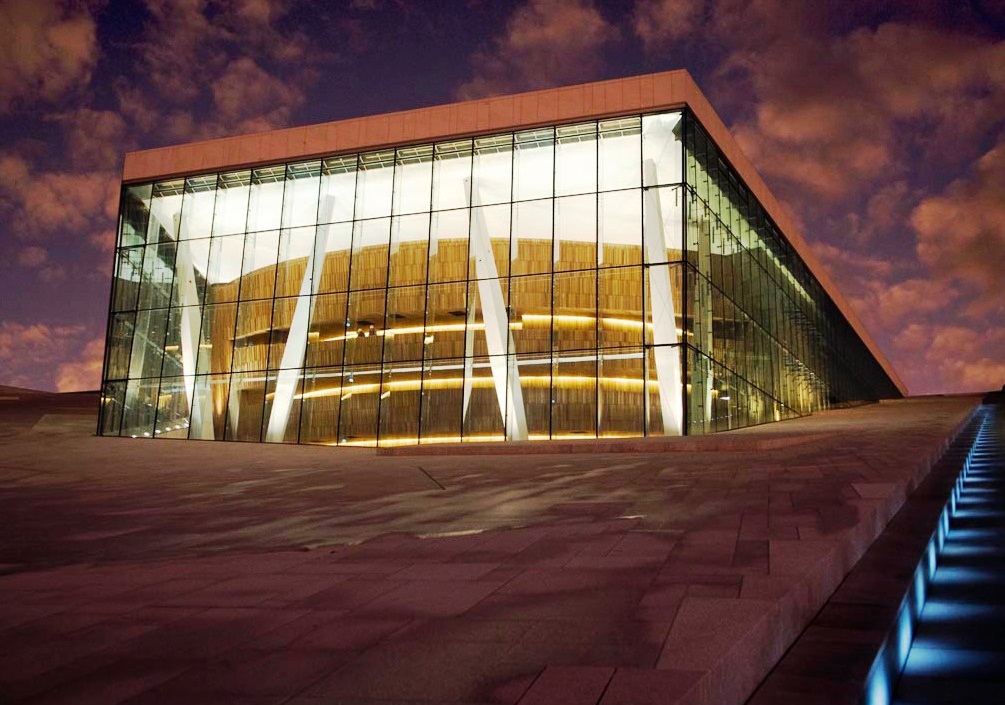 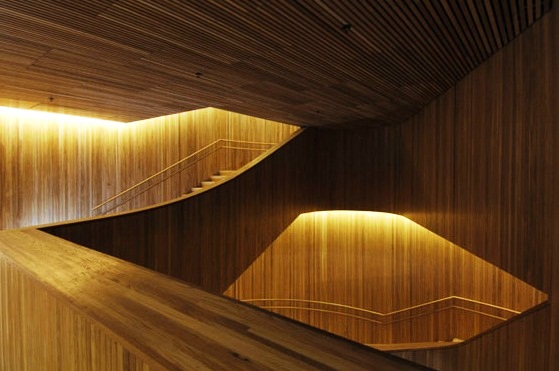 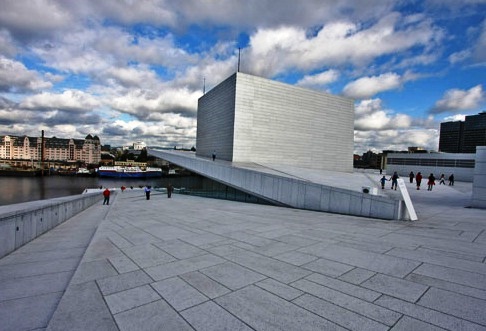 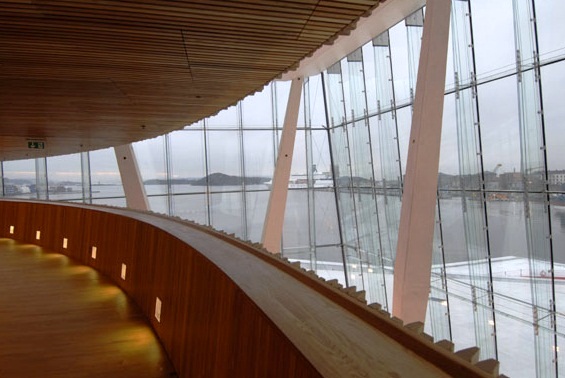 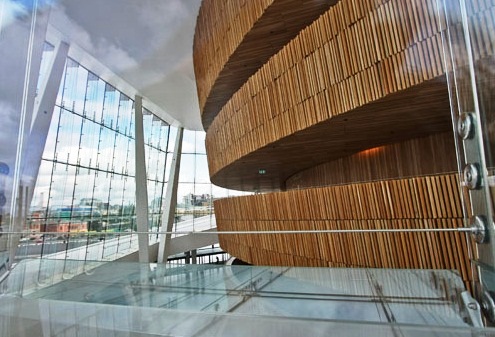