Destinations / The most beautiful places to visit in Casentino, Italy / Bibbiena

Bibbiena is a charming medieval town situated in the main central area of the Casentino, a valley of splendid landscapes, nature and history, in the province of Arezzo in Tuscany, at the confluence of the Arno –the river of Florence and Pisa -and Archiano rivers. With a great positioning on a hill, it enjoys a serene and restful location with views on the plain of the Archiano stream, the tributary of the Arno river. Bibbiena is the Chief Town of Arezzo’s province and can be considered one of the main centres in the Casentino area, as it is the largest, most dynamic and most densely populated town here.

The Municipal territory of Bibbiena covers an area of 86,41 square kilometres of the Valdarno Casentinese, dominated by the ridge of Pratomagno and Apennine mountains and rises 425 metres above the sea level. The town of Bibbiena is a lovely small and safe Tuscan settlement with over 11.000 inhabitants, with an exceptional historic heritage originated from the Middle Ages up to the eighteenth-century architecture, countless cultural activities and old gastronomic traditions. At a distance of 60 kilometres away from Florence, 32,2 kilometres far from Arezzo, 60 kilometres from Siena and 20 kilometres from the Sanctuary of La Verna, Bibbiena will impress the visitors with its many shops, churches, palaces and its great past rich in history.

Bibbiena has ancient origins, having been originally an important Etruscan town, which is testified by the discovery of Etruscan settlements and Roman villas in the area. The name of the town assumingly comes from the Etruscan word "Viblena". With the first settlements originating from the Etruscan Age, the city was founded in the year of 979. The town has had an important medieval history as well, as the town eventually evolved into a Medieval castle and manor, yet the relics dating from that time period are limited as a result of the numerous sieges, lootings and devastations that Bibbiena had faced up to the end of the 15th century. Among the few ancient vestiges that still stand today there are the "Torre dei Tarlati" and the "Porta dei Fabbri". Starting with the 10th century, it belonged to the Bishops of Arezzo, who maintained their control here until 1289 –this is the year when the famous Battle of Campaldino took place. During the battle of Campaldino, the town was conquered and devastated by the Fiorentini, and remained under Fiorentine’s power until the 14th century, when the Bishop of Arezzo, Guido Tarlati, has taken control of it, recapturing it, who exercised his influence up to the middle of the same century. After his death, Bibbiena passed to his brother, Pier Saccone, who gave away Arezzo to the Fiorentini in 1336 yet retaining the dominion of Bibbiena. Until the second half of the 14th century, it continued to be the centre of hostilities between Florence and Arezzo’s authorities. In 1360, the Florentine’s army besieged and conquered it, subsequently offering it the status of a Podestà’s seat. In the second half of the 15th century it was occupied by the troops of Niccolò Piccinino in the service of Milan’s Duke, Filippo Maria Visconti. In 1498, the town became the general quarters of Piero and Giuliano dei Medici, who had been expelled from Firenze. By the ending of that century, it was besieged and conquered again by the Fiorentine’s army, who pulled down the walls and the towers in 1509. It remained under their power until the Medici dynasty returned, the town being under their jurisdiction until the extinction of that dynasty. Bibbiena enjoyed numerous important privileges conceded by Leone X, due to the great relationship established between Medici family and Pope Leone X, also a member of the Medici family. These privileges later materialized into the urban and economic development of Bibbiena. Under the guide of the Medici’s family, Bibbiena was restored and fortified. Yet the most flourishing period of the town for both economy and culture was during the dominion of Lorena, following the Medici’s one. Lorena’s Dukes offered to Bibbiena and its territory a great cultural and economic incentive, promoting the development of agriculture, along with introducing a well appointed town-planning to make the city more attractive by embellishing it. Numerous villas and palaces were built during this period. By a decree in 1776, it was officially assigned the capital of the municipality. In the early 19th century, the economy of Bibbiena has registered a major development, based on the artisan manufacture of wool and wood. Following the French domination from 1800 to 1814, the town was annexed to the Tuscan Grand Dukedom being part of it up to the Unity of Italy in 1861 by the King Vittorio Emanuele II of Savoia. Bibbiena is nowadays a well-off municipality and its main sources of income derive from industrial and agricultural activity. The local economy is mostly based on the production of agricultural products (cereals, wine, oil and vegetables) and on the activity of numerous wool mills.
Among the famous people who were born in Bibbiena, there is the illustrious Cardinale Bernardo Dovizi, called the "Bibbiena" (1470-1520) -born in Bibbiena, he was a capable diplomat and secretary to Cardinal Giovanni de’Medici (later Pope Leone X), protector of the most celebrated intellects of his time, among which Raffaello, and enlightened literary man, author of the Boccaccio style comedy Calandria. Also, worth noticing are the Galli’s as well, who were a family of theatrical designers world renown as “the Bibienas.”

Major sights to visit in Bibbiena

Being mentioned by Dante and Ariosto, Bibbiena offers the visitors a great artistic and cultural heritage, yet little known so far. The art works and edifices that one can admire here date all the way from the Middle Ages to the Renaissance, from the 18th century to the current day. The historical centre of the town nowadays boasts mainly urban architecture in Renaissance style. The old part of Bibbiena, a medieval fortress, is perched atop a hill and is dominated by the Torre Tarlati. Here, Piazza Tarlati can be found, with the charming bell tower and Palazzo Bruni that was once the residence of the Bishop Tarlati. Nearby, the church of the Santi Ippolito and Donato is located. A small stair from Piazza Tarlati leads to the Oratory of San Francesco situated in Via Berni. Also here, Palazzo Niccolini can be found, the seat of the Municipality today. Farther on Via Dovizi, the Church of San Lorenzo can be visited. Within a small distance from Bibbiena, you can visit the Sanctuary of Santa Maria del Sasso, a beautiful example of Renaissance architecture. Besides the historical centre of Bibbiena, you can head on to visit the whole municipal territory, as it abounds in beautiful scenery, interesting places and warm people.
The Renaissance church of San Lorenzo was built in the 15th century to host the Franciscan Friars Minors and has three naves enriched by famous works of art. Among these, there are two lovely stained-glass terracotta works, "Deposition" and "Adoration" by Andrea della Robbia. The Oratorio of San Francesco is a minor Tuscan Baroque church built in 1580 that stands in a very steep yet scenic hillside location. The church has a neoclassic façade divided by four columns that support a small timpani, while the interior features a beautiful Rococò style of the late 17th century, the sanctuary being considered a gem of Tuscan Rococo. Stucco decorations by Francesco Rusca dating from the 18th century and frescoes by Giuseppe Parenti from the late 18th century embellish its interior. Leaf motifs on the golden stucco, rosettes and volts offer the edifice a special charm. The wooden ceiling originating from the 18th century is carved and decorated with gold. Here, an oval with a wooden frame and a painting representing Saint Francesco receiving the stigmata can be admired.  In the centre of the town, the visitor will bump into Palazzo Mazzoleni, Palazzo Niccolini and Palazzo Dovizi. The Palazzo Dovizi is a fine example of Renaissance rustic architecture and was built in the 16th century by Cardinal Bernardo Dovizi, secretary of Pope Leone X. It was Cardinal Bernardo Dovizi’s residence and was named after the renowned family to which the cardinal belonged. The edifice impresses by its original architectural structure due to the loggia above the building. Also in the historic centre of Bibbiena, there is located the Chapel of Saints Ippolito and Donato, once part of the castle called Rocca dei Tarlati, of which only two towers still stand, “Torre dei Tarlati”, and one if its access doors, “Porta dei Fabbri”. It served as a chapel for the noble Tarlati family. It was built in the early 12th century and contains numerous precious works, among which frescoes from the 14th century, a splendid 13th-century wooden sculpture depicting "Madonna and Child" by Ligozzi, a magnificent triptych by Bicci di Lorenzo, an "Annunciation" by Balducci, and a unique panel painting by Arcangelo di Cola di Camerino. Only one kilometer away from Bibbiena, Santuario di Santa Maria del Sasso can be found, one of the most important buildings in Renaissance style in the Casentino area of important historical, artistic and religious value. It was built in the 13th century, on the basis of a design by Giuliano da Majano. It has a rather simple façade and an arcade to the right. The interior of the basilica boasts art works of great value, among which a small Corinthian temple built by Bartolomeo Bozzolini from Fiesole in the centre that exhibits the "Madonna and Child" of Bicci di Lorenzo, "Madonna and Child" by Fra Paolino del Signoraccio, a "Nativity" by Maria del Ligozzi and a chancel with a splendid Assumption by Fra Bartolomeo and Fra Paolino. An ancient cloister can still be admired here, a unique piece of this kind in Casentino, with arcs and capitals that resemble no other, a beautiful well originating from 1502-04 and many frescoes about the miracle of "Madonna del Buio". It was declared a national monument in 1899. The name of the sanctuary comes from a big stone on which Our Lady appeared to a little girl called Caterina in 1347 according to popular belief. Initially a simple pilgrims hostel, it was converted into a monastery in 1495 thanks to father Girolamo Savonarola, being consacrated in 1507.
In Bibbiena, there can also be found a newly restored theater that can seat 150 persons. This is the Dovizi Theatre, built in 1842 by the "Laborious Accademy" on the basis of the design of architect Niccolò Matas, who also designed the façade of the Oratorio of San Francesco, of Saint Cross Church in Florence and of the Napoleonic Museum pavilions of Portoferraio. The edifice boasts nineteenth-century typical elements together with several neoclassical and baroque details. The building rises among villas dating from the 16th and 17th century in the historical center. In the nearby commune of Poppi, the Camaldoli Abbey can be visited, which is an ancient monastery complex built in 1012.
Also, you can attend the celebrations and events that take place here. There are numerous celebrations in Bibbiena, among which a special event is the traditional "Historical Commemoration of the Mea" or the Rievocazione della Mea in Italian, held annually on the last Sunday of the Carnival period.
Sponsored Links

Write your Review on Bibbiena and become the best user of Bestourism.com 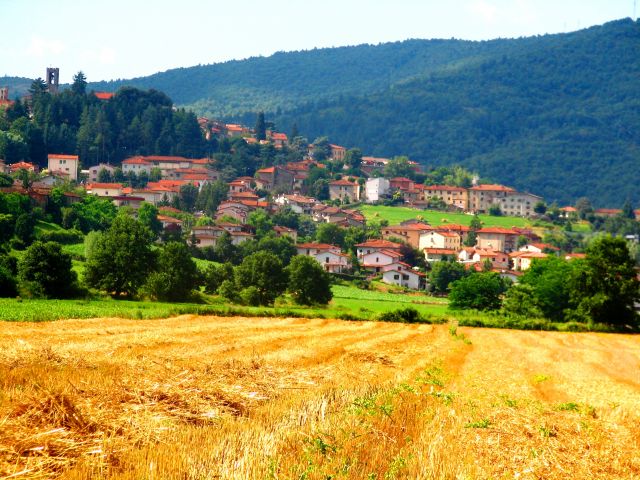 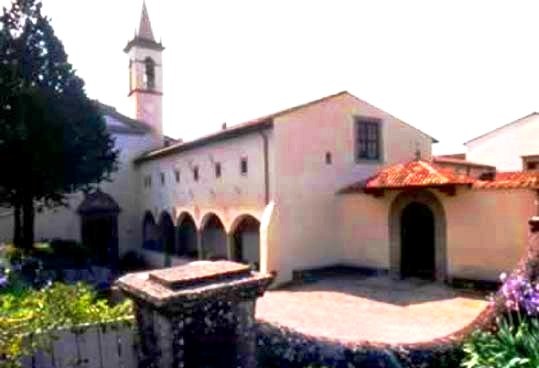 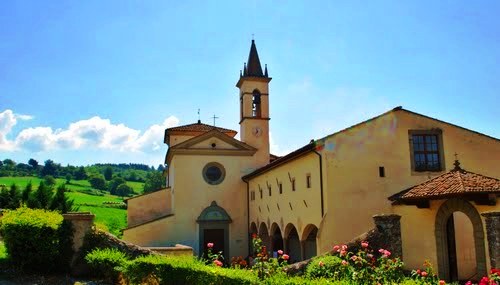 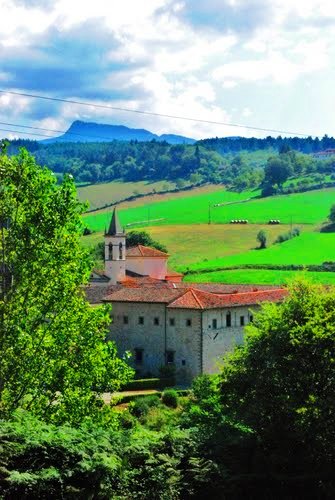 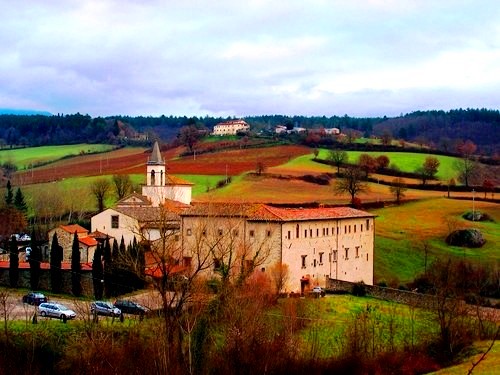