Destinations / The most beautiful places to visit in Casentino, Italy / Poppi

Poppi is a small charming town located in the picturesque valley of Casentino, perched atop on a hill overlooking the Arno Valley at 475 meters above the sea level, between the cities of Arezzo and Florence. Nowadays the town is part of the National Park of Foreste Casentinesi.

Sitting on a hill dominating the Arno river and surrounded by the Appenine mountains, Poppi is located at the center of the Casentino, one of the most beautiful valleys in Tuscany often referred to as the "valley of the soul", and can certainly be considered the jewel of Casentino. It is one of the most beautiful and important towns here, where excellent examples of Tuscan feudal architecture can be admired. The town is worth a visit for its ancient architecture as well as splendid panoramic views of the Casentino that one can enjoy here. This charming place has succeeded in maintaining its artistic and natural beauty, as a result of a non-standardized policy of local tourism. Everywhere you look there are ancient hamlets, medieval churches, monasteries and castles, making Poppi a very special and enchanting place in all of Tuscany.

The Municipal territory of Poppi covers an area of 97,03 square kilometres from the ridge of the Apennines in the Toscana-Romagna region to the valley bottom crossed by the Arno, between plains, hills and mountains. Poppi’s early origin dates from Roman civilization, as historical records show, testifying the existence of several settlements here by that time. The main one was called “Pagus Pupius”, located in a strategic position surveying Via Flaminia. Yet the first historical record of Poppi dates from 1169, when it was mentioned in a document of the Abbey of San Fedele di Strumi. However, the most important act was in 1191, when Poppi along with Battifolle and Porciano was granted to the Count Guido Guerra dei Guidi in a certificate by Emperor Arrigo VI. For the following three centuries, the history of Poppi would be closely connected with that of Count Guidi family, who was one of the most powerful and notorious feudal families in Tuscany by that time. They were actively involved in the main events of the Fiorentini politics of the XIIth and XIIIth centuries. The town of Poppi has been the seat of the Count Guidi family from the early 1000s until 1289 when they finally became part of the Florentine Republic. In 1261 Count Simone surrounded the township with walls and initiated the construction of the palace, which was completed by the ending of the century by his son, Guido. Exponents of the Ghibelline’s faction, Emperor’s followers, the Guidi di Poppi were subjugated by the Guelfi who were dominant in Firenze, Pope’s adherents. On the 11th of June 1289, the historic Battle of Campaldino took place- a battle between Firenze and Arezzo, between Guelfis and Ghibellines. Guelfi forces included Florence’s troops as well as other allied troops from Lucca, Pistoia, Sienna and Prato, while Ghibelline forces were represented by mainly by the regular army of Aretine. The battle was won by the Guelfi forces which secured the predominance of Florence, yet there has not been made any specific acquisition of territory in Casentino. The next year, in 1290, the army of Florence was returning from an unsuccessful attack against Arezzo and devastated the territory of Casentino, setting on fire the Castle of Poppi.In the year of 1440 the Castle was forced to surrender and submitted to Florence. In their unsuccessful attempt to take full control of their lands, the Guidi family fell out of grace and where permanently exiled from their territory. The town of Poppi became the Vicariate Seat and the high Florentines followers coming to reside in the Castle renamed it Palazzo Pretorio. Among the notorious personalities who were born here, it is worth mentioning the poet Tommaso Crudeli (1703-1745), the sculpture Mino, called da Fiesole (1430-1484) and the artist Francesco Morandini, called il Poppi (1544-1597). It is known that St. Francis of Assisi started the Franciscan order close to Poppi. On the territory of the community there can be found the ruins of the Abbey of Strumi (dating from the Xth century) initially Benedettina then Vallombrosana, and the Hermitage of Camaldoli, built in the early XIth century by San Romualdo near the Apennine ridge.

At the highest point of this medieval walled town, Castello dei Conti Guidi stands majestically dominating over all. Poppi's Castello dei Conti Guidi, or the Castle of the Guidi Counts in English, is one of the most well-preserved and important castles in Tuscany, as well as the  main epic monument in the region of Casentino, clearly visible from many parts of the valley. It is one of the most visited tourist destinations not only in Casentino but also in the whole province of Arezzo. Unlike all the other castles and examples of medieval architectures in the area, the castle has not been ruined by time and humans and has always been used as residence of the local political or administrative authorities. The Castle still hosts the seat of Poppi’s Commune nowadays. Approaching the Campaldino plain, the impressive thirteenth-century castle on the hilltop of Poppi dominates the surrounding countryside with its massive structure. The Castle of Counts Guidi is one of the great works of the noble family of architects Di Cambio considered the greatest architects of those times and it is thought to be the "prototype" of the Palazzo Vecchio in Florence. It is also known that the Italian poet Dante Alighieri fought in the Battle of Campaldino near Poppi Castle in 1287. First built in the twelfth century and later rebuilt in the thirteenth century, its façade has double-arched windows, with a tall tower rising above from the center that still dominates the rest of the building and almost the entire valley. The building complex has two doors only -the larger one faces Ponte a Poppi while the smaller one faces the opposite side towards Piazza d'Armi. Following the renovation work in 1470, the latter one became the main access to the castle, with a stone lion overlooking on it. A splendid stone staircase provided access once to different levels. It is surrounded by a defense wall with Guelf embattlements and a broad moat. Due to frequent maintenance works over the centuries, the castle of Poppi is perfectly conserved and in excellent condition with its whole artistic heritage. A scenic courtyard embellished with coats of arms of Florentine vicars and a beautiful staircase leads to the entrance to the castle. On the first floor there is the Rilliana Library which is among the most interesting and fascinating places to visit in the castle that contains about 25,000 volumes of precious ancient manuscripts and incunabula books, and the large hall of festivities. On the 2nd floor there is the beautiful frescoed Chapel of Counts decorated with a series of XIV-century frescoes attributed to Taddeo Gaddi, the favourite disciple of Giotto, as well as some other rooms.
Going down from the castle one will give into to the Propositura of Santi Marco e Lorenzo, dating from the 18th century, where there can be admired the wonderful art works of Ligozzi and Morandini. Across from it, set in a great location in the centre of the main square and lined with arcades, stands a rare example of Tuscan “Late Baroque” architecture, the Church of the Madonna del Morbo. Built in the 17th century, it is a unique circular plan building with a splendid cupola “a squame”. Inside, there can be found a fine painting of Madonna and Child attributed to Filippino Lippi.
Heading on the main street flanked by porticoes, you will bump into the ancient Abbey of St. Fedele. Dating back from the 13th century, it is built in Vallombrosian style. Besides the impressive architectural structure, one must not ignore the fine works of art preserved here, among which a crucifix by Giotto, paintings by Ligozzi, Portelli, Davanzati, Morandini and Solosmeo. Also, you might not want to miss The Monastery of Agostiniane. The monastery dates from the XVIth century and boasts valuable Della Robbia terracottas. Worth visiting in the town are the churches of S. Giacomo a Moggiona and S. Bartolomeo ad Agna.
While visiting Poppi, make sure not to miss Ponte a Poppi, the church of Certomondo, the convent of the Capuchin Friars. You can also head on and explore the territory of the municipality of Poppi, which extends from the slopes of Pratomagno until the Apennine ridge. In between you will discover fascinating places, such as Camaldoli, a site of outstanding natural beauty and great spiritual importance, the mountain resort of Alta Badia Prataglia with its charming and medieval abbey, Lierna and Moggiona. For the perfect ending of your journey, you can take a relaxing walk along the medieval boundary walls, from where you can enjoy stunning views of the Tuscan countryside.
Near Poppi you can take advantage of the beautiful golf course overlooking the town. If willing to discover the area, you can accommodate yourself here in one of the many typical Tuscan villas and enjoy the beautiful setting. For accommodation in Poppi, please check http://www.villasintuscany.info/. Poppi is truly a hidden gem of Tuscany –come to discover it!
Sponsored Links

Write your Review on Poppi and become the best user of Bestourism.com 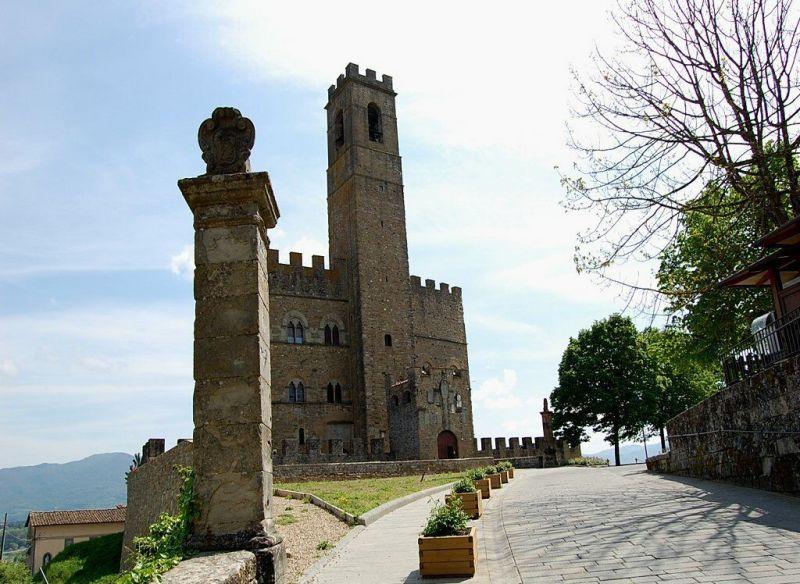 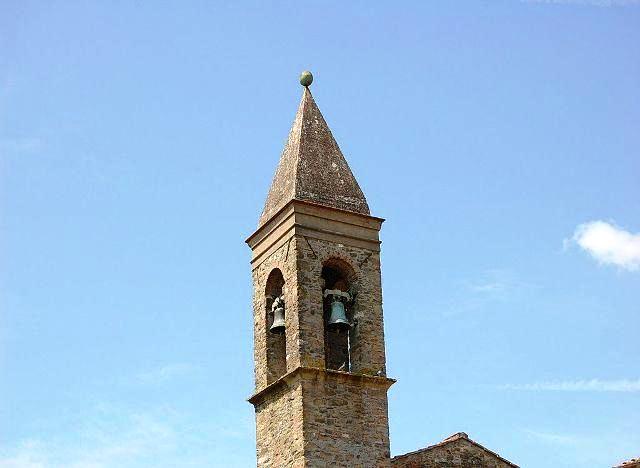 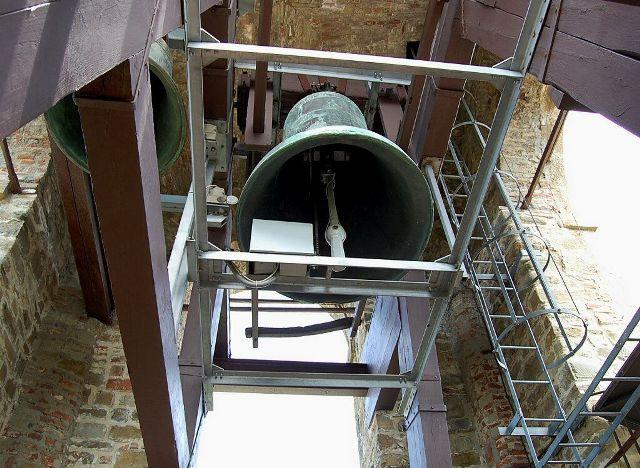 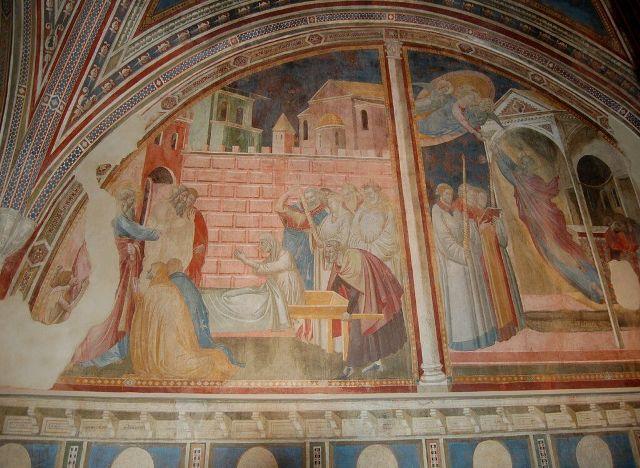 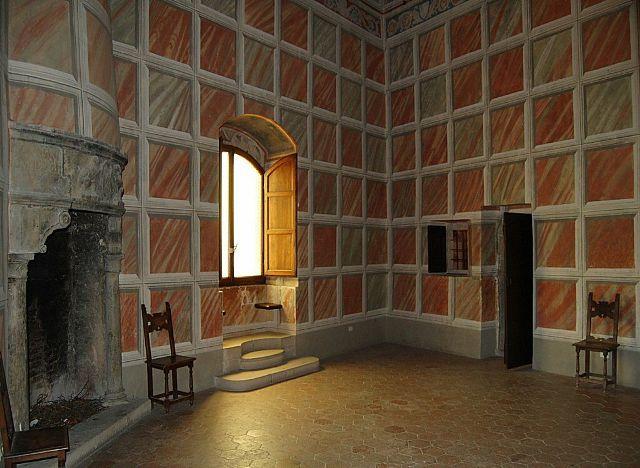 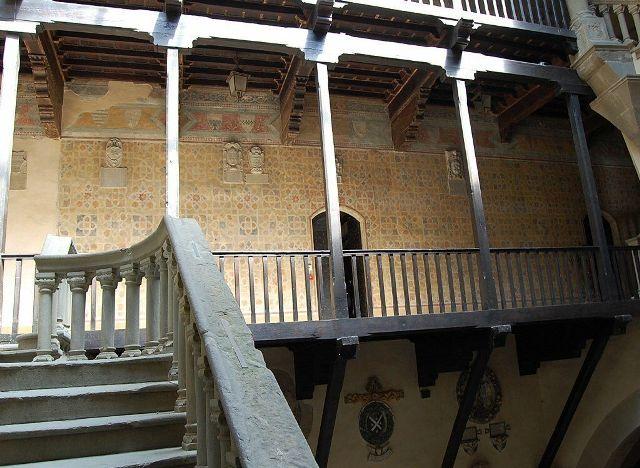 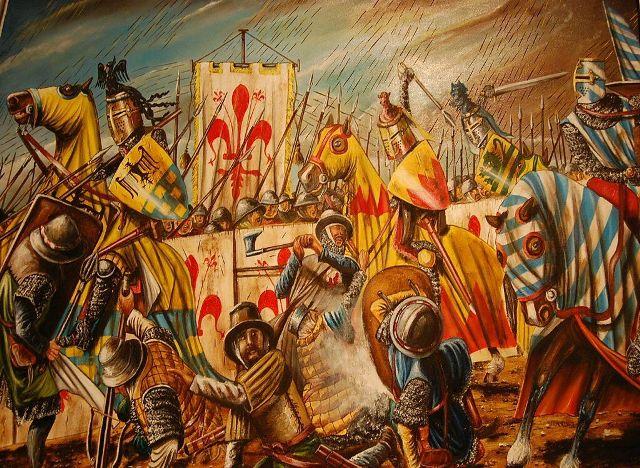 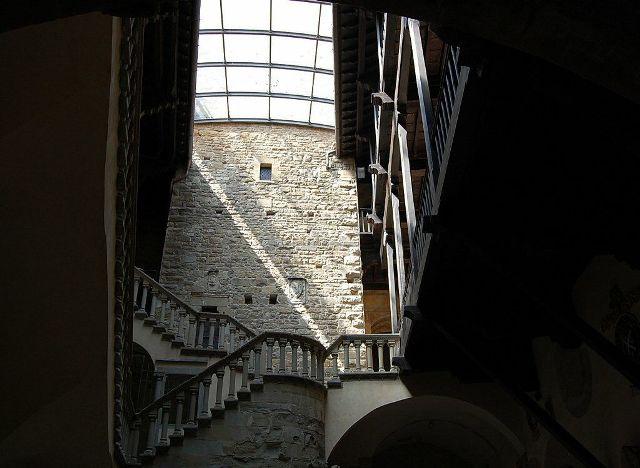 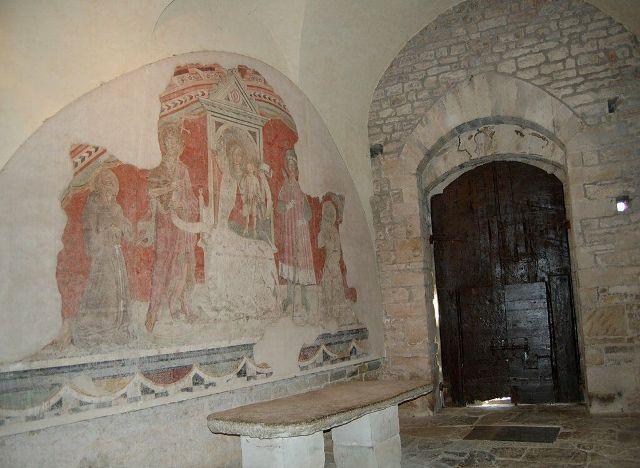 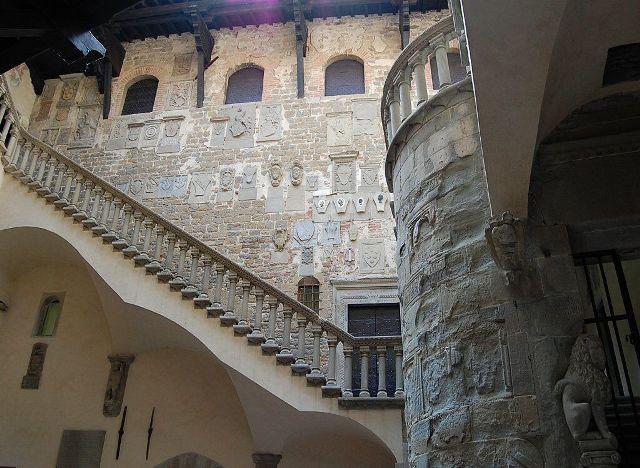 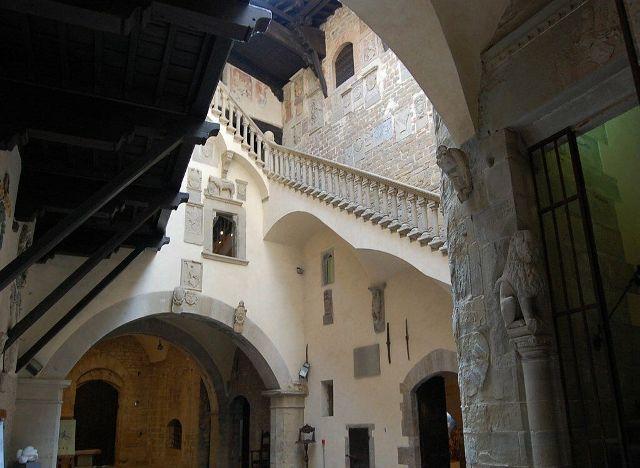 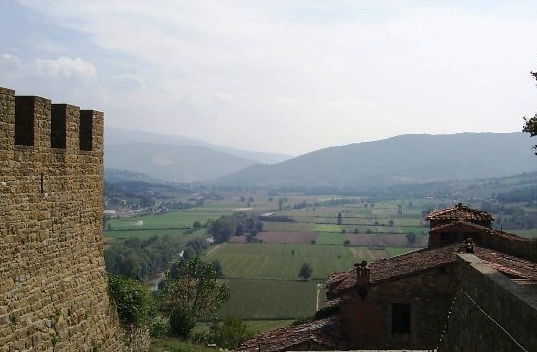 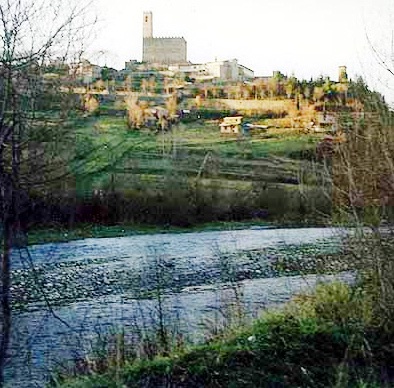 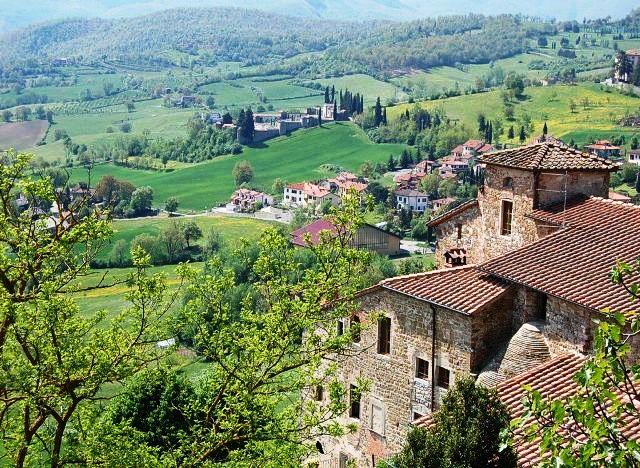 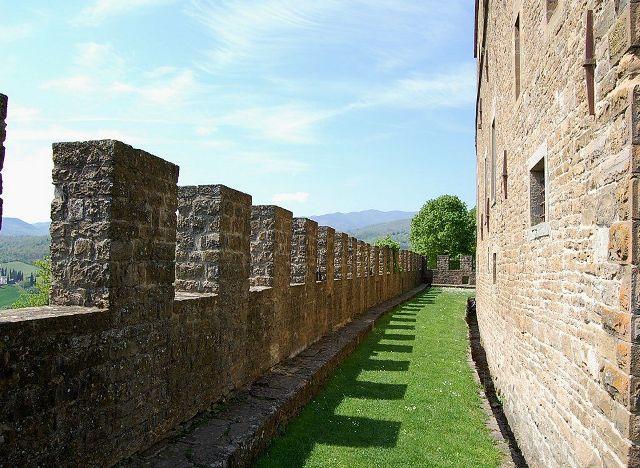 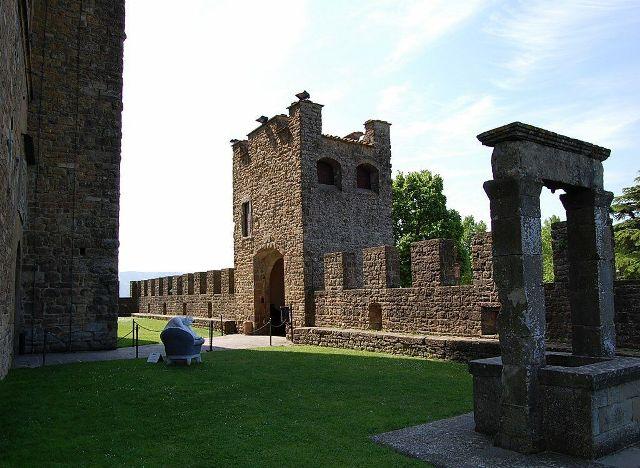 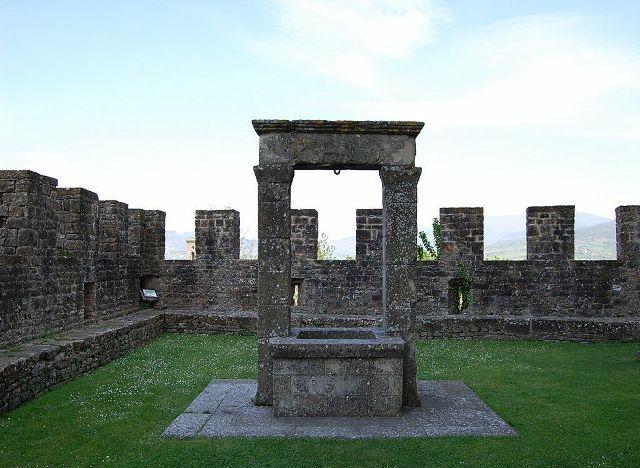 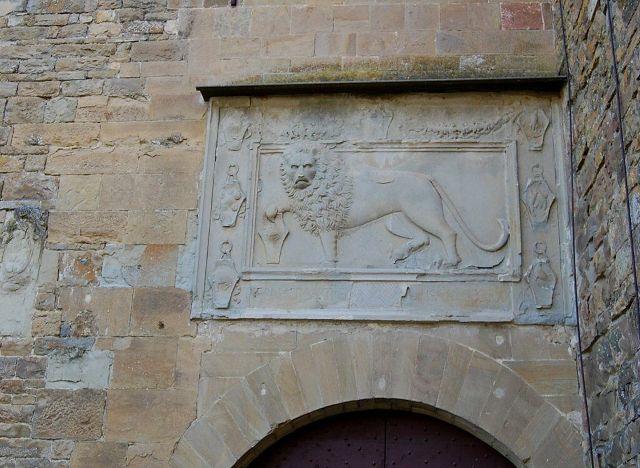 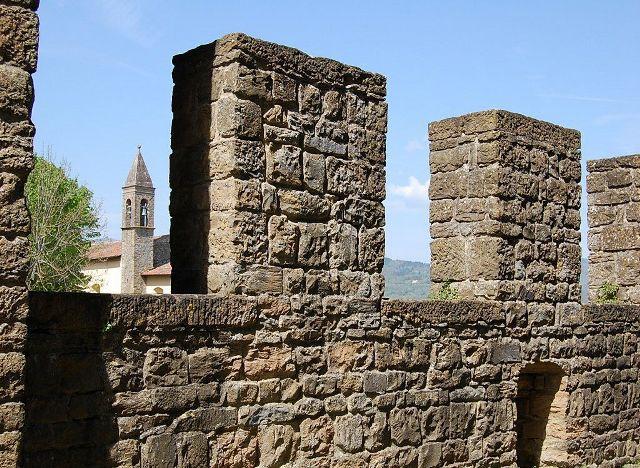 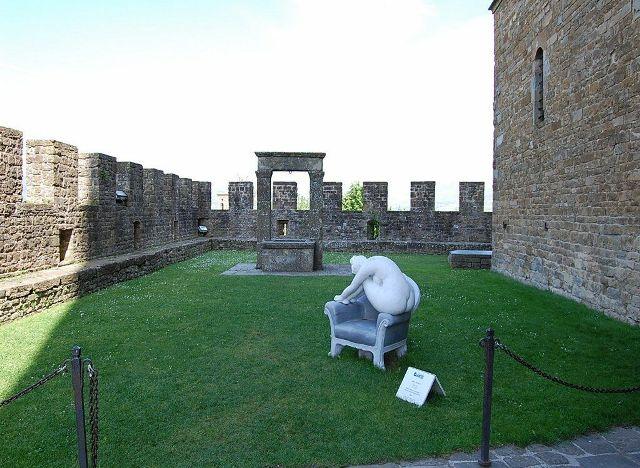 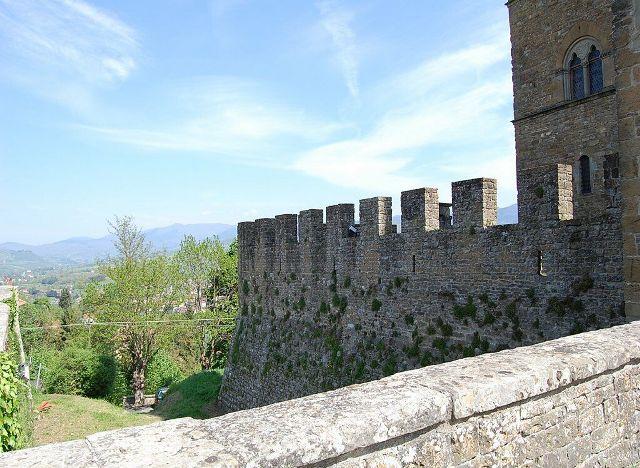 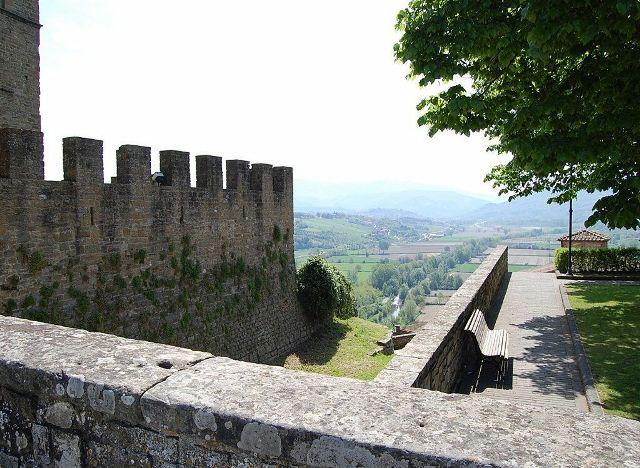 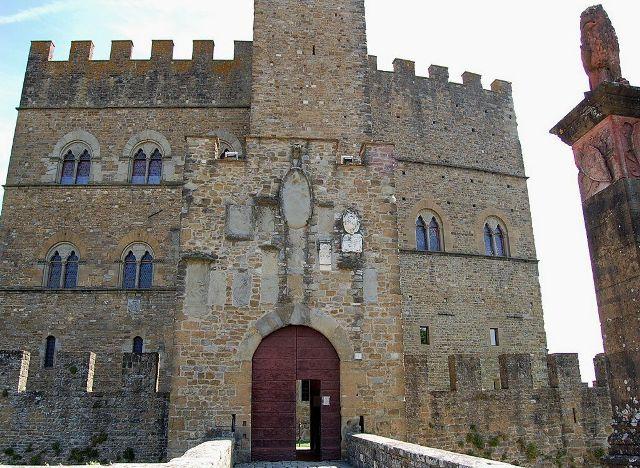 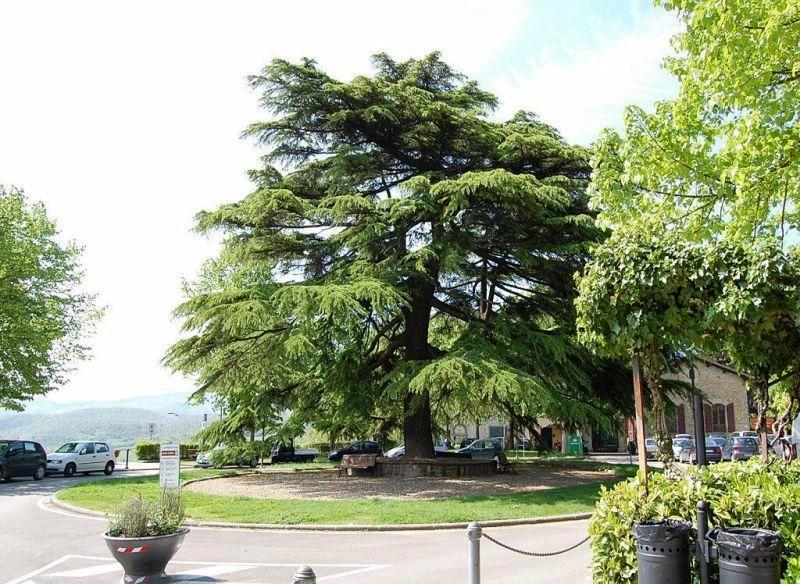 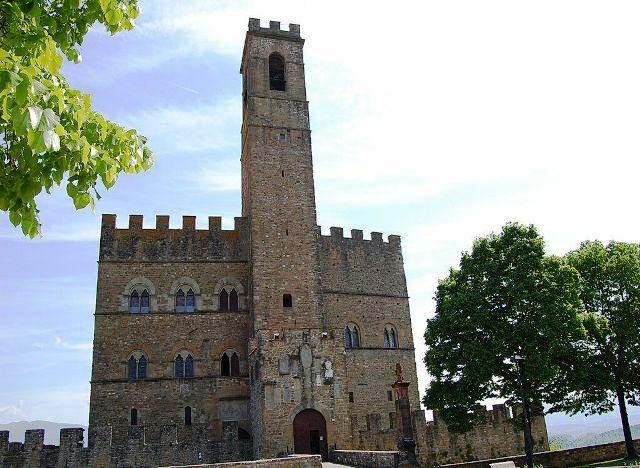