Canyonlands National Park covers a vast region of full of rock in southeast Utah, centered on the union of the Green and Colorado rivers. The rivers divide the park into three districts: the Island in the Sky, the Needles and the Maze.  All of the four districts are different and have their own charm. Every area consists of unique canyons and plateaus.  The visitors can enjoy the stunning sandstone landscape of Utah throughout the park's hiking trails. People call this place "the most weird, wonderful, magical place on earth—there is nothing else like it anywhere”.  The tourist attractions in the park were formed several million years ago. The rivers and their small tributaries have carved the flat sandstone rock layers into many amazing and colorful forms. The park is the perfect place for people who like to hike, bike, backpackers, four-wheelers, or other recreational activities. Rafters and kayakers float the calm stretches of the Green River and Colorado River above the confluence.

The Island in the Sky district is a sheer-walled mesa that constitutes the northern part of Canyonlands National Park. This area is the easiest and the most accessible area of the park, and here come most of the people.  This area attracts the majority of park users because of the beauty and the amazing views out over the surrounding country, including rocky canyons that have been carved by the Colorado and Green rivers. The most interesting touristic points here are: Grand View, PointMesa Arch, Green River Overlook, and Upheaval Dome.

The Needles district is situated on the southeastern part of Canyonlands National Park. The Needles district is also the most popular backpacking district in Canyonlands. Here you can find canyons, natural arches and sheer-walled cliffs in this vast, rugged landscape. For adventurous people this area is known for its rough jeep trails, including some that rank with the most challenging in the world. The main features here are: Big Spring Canyon - watery drainage offering a route to the Colorado River, Chesler Park Trail - hike into the center of the Needles formations, Confluence Overlook - 5.5 mile trail to the confluence of the Green and Colorado rivers, Cave Spring, Elephant Hill, and Roadside Ruin. This district is well arranged and ready for tourists.

The Maze district is the farthest and the least accessible district of Canyonlands. The region is primitive and somewhat inaccessible, but the trails lead to various canyons and viewpoints. The Maze sits at the foot of the Orange Cliffs, which present quite a barrier to cross-country travel, but there is one entrance route - the Flint Trail. The Maze itself is a mixture of six steep inhospitable canyons plus numerous smaller ravines, centered on a vast area of convoluted fins and pinnacles known as Land of the Standing Rocks. Surrounding the Maze are other remote areas of rock with yet more canyons and arches, buttes and domes which attracts people attention.  Popular attractions here include: The Doll House, Maze Overlook, Land of Standing Rocks, Golden Stairs, and Orange Cliffs. The amazing thing is that The Maze has various springs along its trails, this offering a more picturesque landscape.

Horseshoe Canyon is a detached unit of the park, northwest of the Maze on the west side of the Green River, and contains a five mile section of the deep box canyon of Barrier Creek, where many Indian pictographs were painted on rock walls around 3,000 years ago. Those panels of rock art were made by hunter-gatherers from the Late Archaic Period. The four sets of pictographs are visited very often by a big number of visitors. All the pictographs were created by painting onto rocks using pigments made from powdered minerals.

Write your Review on Canyonlands National Park and become the best user of Bestourism.com 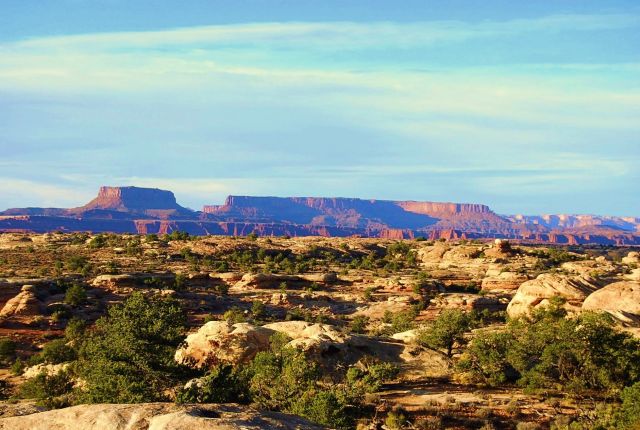 Canyonlands National Park - The Island in the Sky 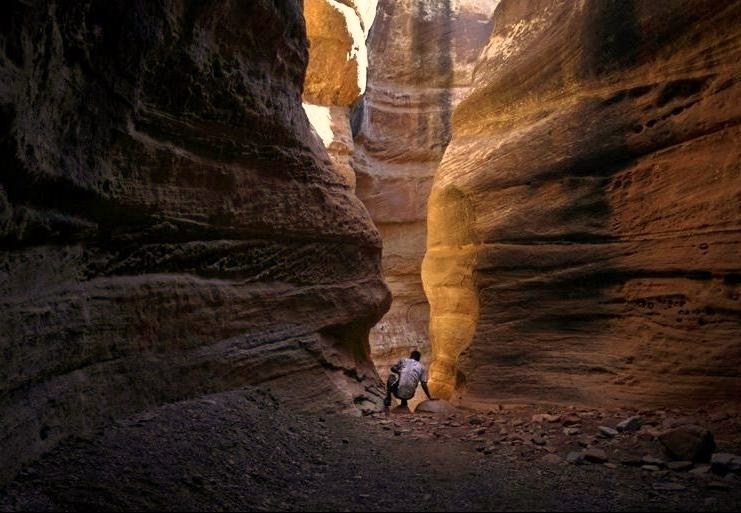 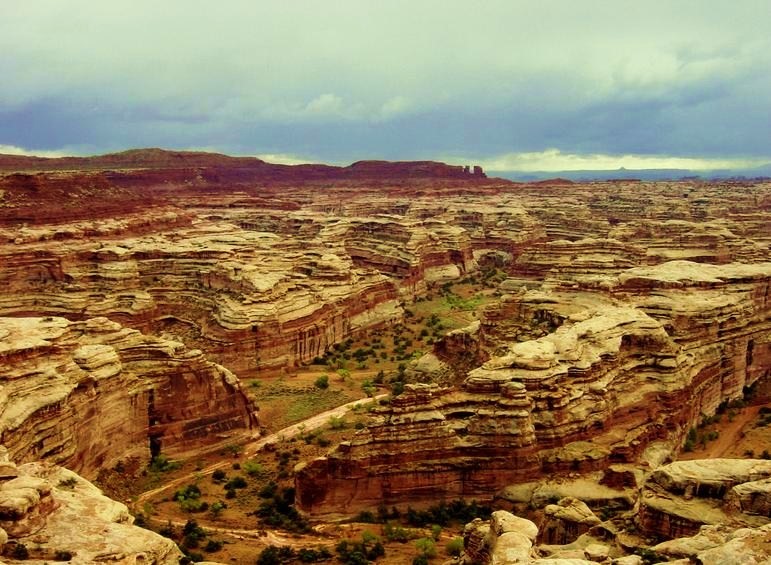 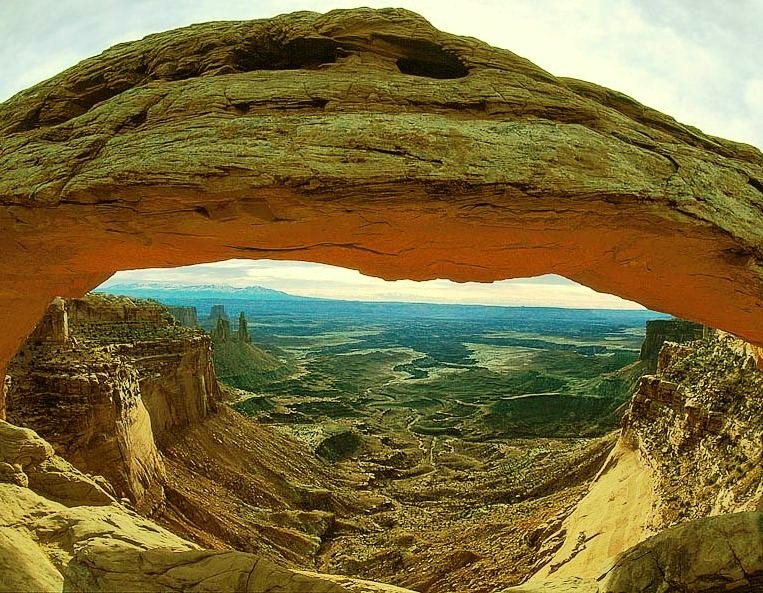 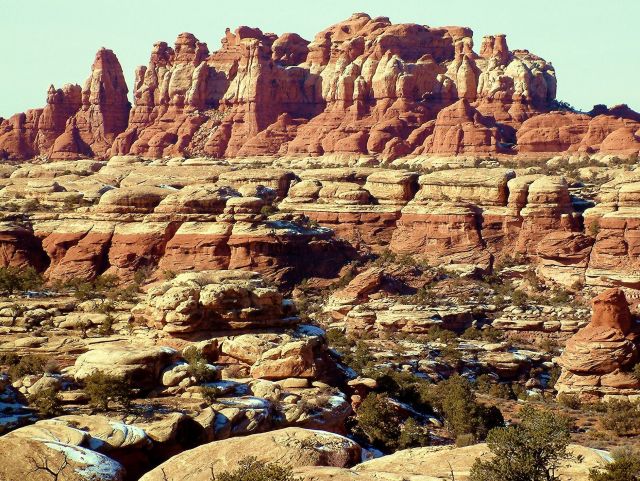 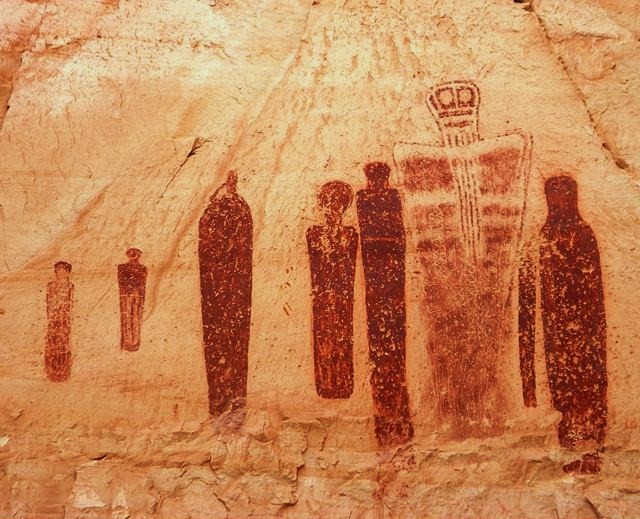 Canyonlands National Park - The Holy Ghost and his attendants 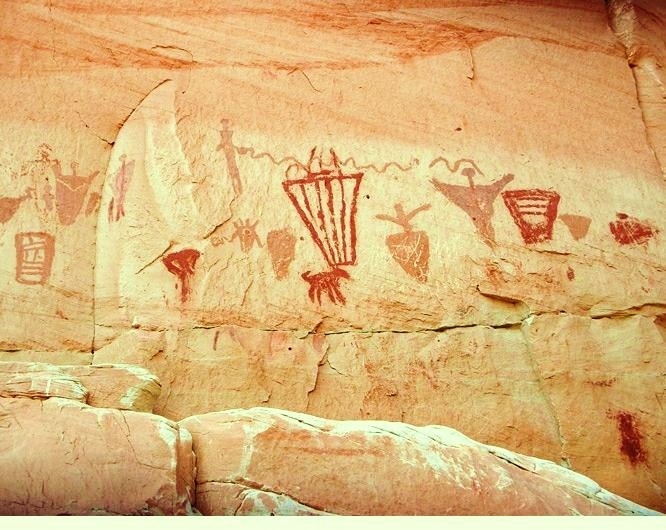 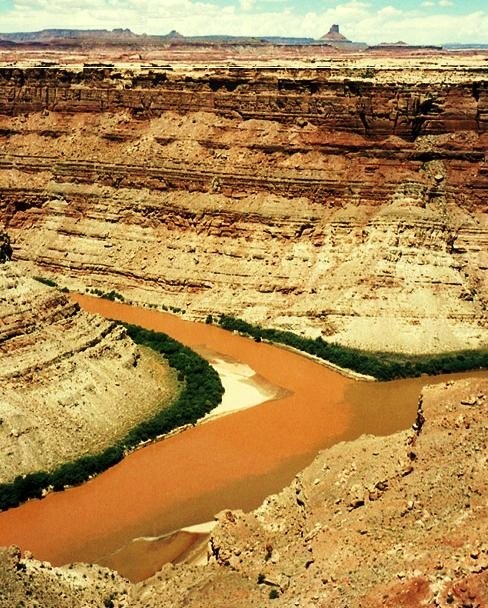 Canyonlands National Park - Confluence of the Green and Colorado rivers