Arches National Park it’s one of the best known parks in United States and is located 5 miles just outside of Moab, the biggest town in southeast Utah.  It is known to have the largest concentration of natural sandstone arches, over 2,000 arches. The park also contains an amazing variety of other geological formations like colossal sandstone fins, massive balanced rocks. The Arches National Park it is known all over the world for its beauty and gorgeous areas. This park can be visited by both children and adults. Formations of the park will attract everyone's attention. In the park trails are very easy, so children can have the opportunity to get out of the car and explore the arches up close. Here cam people searching for adventure with adrenaline. For example hikers can choose from a wide variety of trails, from short twenty minute walks leading right up to many of the largest arches in the park, to more daring hikes into lesser seen areas. The main areas of the Arches National Park are: Courthouse Towers, the Windows Section, Fiery Furnace and Devils Garden.

Windows Section is the first major concentration of arches and spires. Here you can see many interesting rock formations. The main features here are: Turret Arch - relatively young and small; The Windows - two specs formed of the same sandstone fin; Double Arch - formed by downward water erosion from atop the sandstone; The Parade of Elephants - a lone section of sandstone, looking like a herd of elephants, holding each others’ tails. Every point of interest in this area can be seen either from the road or by short walks, so all visitors go at least this far. Near the junction, the Garden of Eden is a particularly beautiful area of whitish slick rock, green bushes and red columns. The trails are all easy and never lead far from the parking area. People can easily stroll as far and they feel comfortable and then simple take the shortest route back to their vehicle.
Fiery Furnace is one of the most mysterious places in the park. This area consists of a maze of narrow passages created by sandstone fins. The area is not large but it is difficult to navigate and so people are encouraged to sign up for ranger-led hikes. Many people used to become lost walking through this area. There is a good viewpoint close to the road, of both the Furnace and Salt Valley, a long depression running through the center of the park.
The Devils Garden is perhaps the second most popular destination in Arches National Park. There is a nice, developed campground here. There is also a primitive loop that passes several more arches, massive sandstone fins and other scenic features. The primitive loop is the longest maintained trail in Arches. It is fun to hike. In this area there is also Landscape Arch, the longest in the world.
Courthouse Towers is also a very captivating area, but here there are no major arches hereabouts except Ring Arch, reachable by a 1.5 mile off-trail hike along Courthouse Wash.

Another attraction of the park is The Delicate Arch. This is the best place to come with family and friends because is called the best family hiking destinations. It is the most widely-recognized part in Arches National Park and the highest arch in the park. Delicate Arch is very charming and it is the world's most famous arch. You can see it in the distance by taking a short stroll from the Delicate Arch Viewpoint parking area, but the best way to see this natural wonder is to climb right up under it. As you approach this arch, you remain stunned by the beauty that surrounds this wonder. The beauty of the arch is enhanced by its spectacular setting. Dazzling colors, sheer cliffs, amazing rock formations, and for good measure snow-covered mountains in the background add to the setting's uniqueness.
The main activity that visitors can do in the Arches National Park is climbing. Also visitors can do astronomy, which is also popular in the park due to its dark skies despite the increasing light pollution from towns like Moab.

Write your Review on Arches National Park and become the best user of Bestourism.com 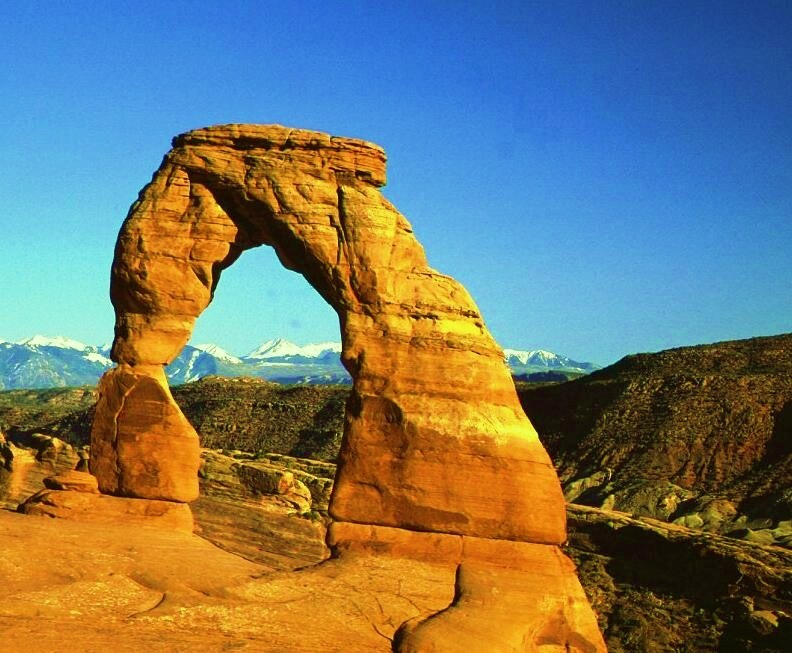 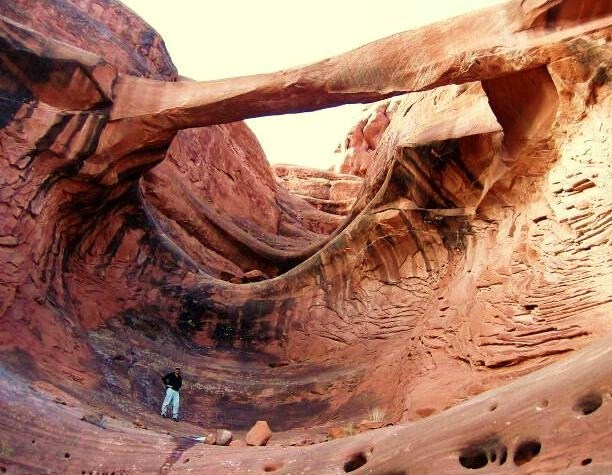 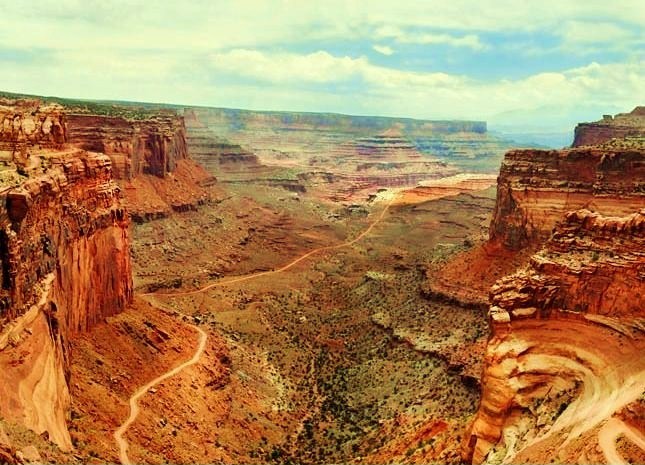 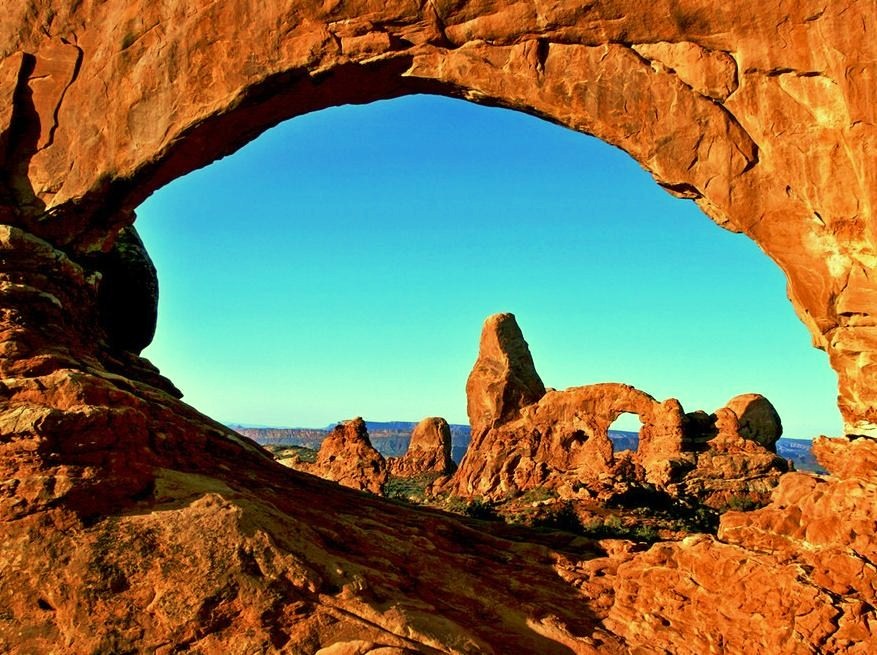 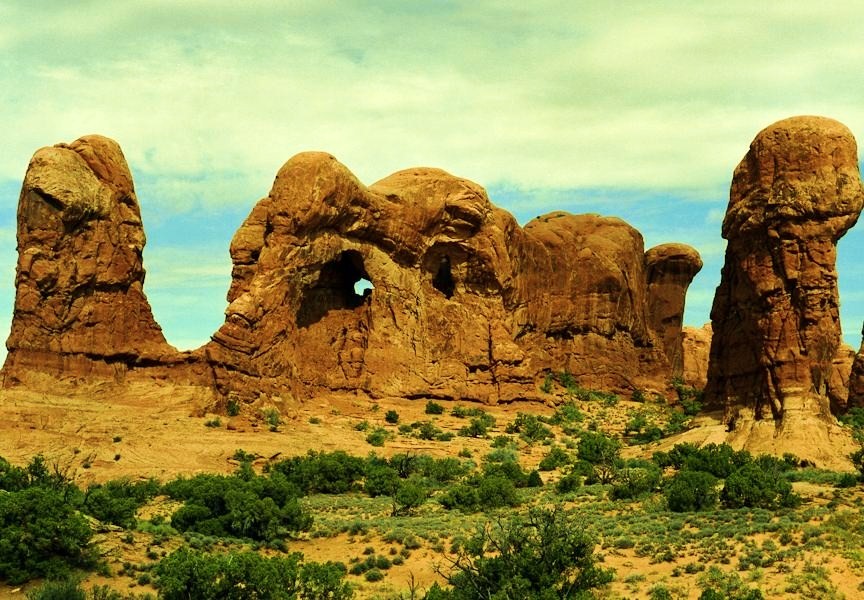 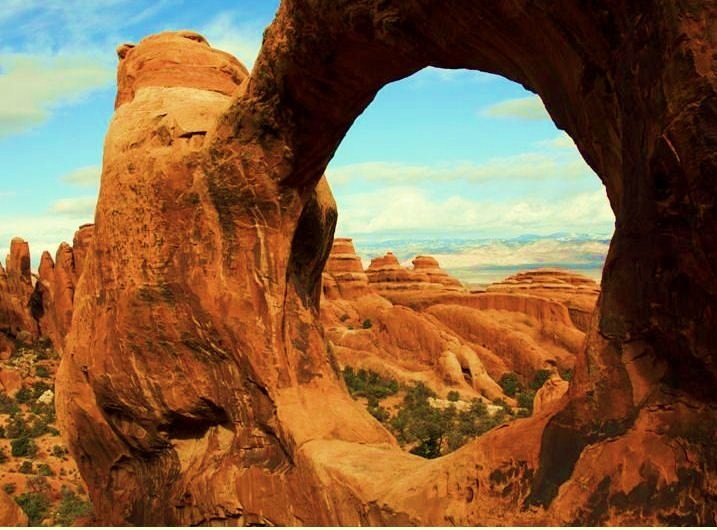 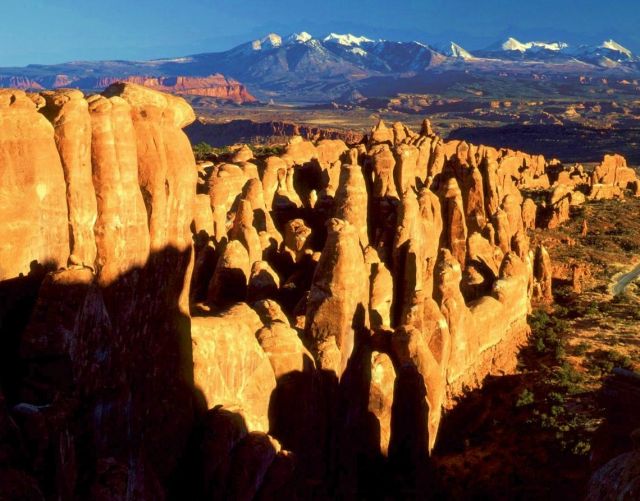