The most beautiful and the greatest Ghotic Church in Washington, is the National Cathedral, that  looks splendid, just like was built during the Middle Ages. In 1792 Pierre l’Enfant , the planner of the city of washington, was already designed the spot for the construction of the church. Later, in 1893 the Protestant Episcopal Cathedral Foundation was going to chose the place for the new cathedral, after three years, the Mount Saint Albans was chosen as the perfect place for the church, covering over 57 acres. The construction of the new cathedral started in 1907, but stopped during the First World War. In 1921 th American architect Philip Hubert Frohman started over the construction, he considered to be the main arhitect of the Cathedral. During the Second World War the construction was stopped again, but in 1977, the foundation was collecting funds for the cathedral, but they ran out of money. On that moment the nave and the central tower were finished already.

The work was continued in 1980, in 1982 was opened the Pilgrim Observation Gallery, that opens spectacular views over the city of Washington. One year later the construction of the west towers had started. The construction of the National Cathedral took over 83 years, in 1990 it was opened officially to the public. The cathedral represents the second largest cathedral in the United States and the sixth largest cathedral in the world. The top of the central tower of the Cathedral is the highest point in the District of Columbia.
Initially was named the Cathedral of St.Peter and St.Paul. It appears as a very imposant building  with a height of 92 meters and a legth of about 517 feet, and the west towers include 234 feet. For the construction of the building was used the minimum possible of concrete and structural steel, but the most used material was the limestone. The interior of the cathedral is dcorated with religious and national elements. One of the most beautiful paintings include the Darth Vader from the Star Wars. The cathedral has 215 amazing windows, one of the them represent the space window, in the honor of the first alighting on the moon.
The cathedral  is decorated in a very beautiful architectural style with wood carvings, leaded glass, mosaics, sculptures, artistic metal works. The most of the elements are decorated with Christian symbols, or with memorials for the most important events. The exterior of the building is decorated with 110 gargoyles, that represent carved creatures that spread water from the gutter, away from the building’s walls. these strange creatures make the building more enigmatic and fascinable. This honorable place was the home for many important events like the funeral of the President Woodrow Wilson, Helen Keller, Admiral George Dewey and for the well known architects Henry Vaughan and Philip Frohman. The cathedral opens the doors every day, where the prayers can find the pefect refuge, surrounded by majestic carvings and sculptures, that create a very peaceful and pleasant atmosphere. Due to its long period for construction and for its great structure, the cathedral attracts thousands of tourists and visitors, who want to admire the beauty of the church or to delight their eyes with the spectaculous view fom the Pilgrim Observation Gallery.
Sponsored Links

Write your Review on National Cathedral and become the best user of Bestourism.com 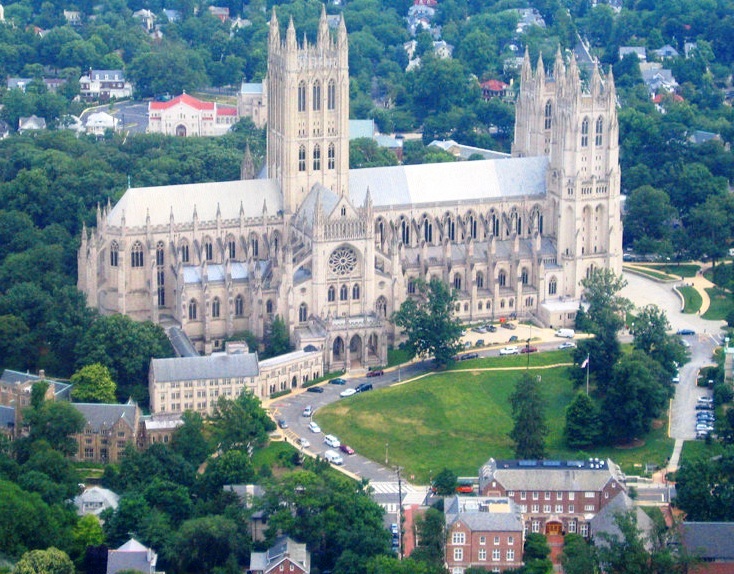 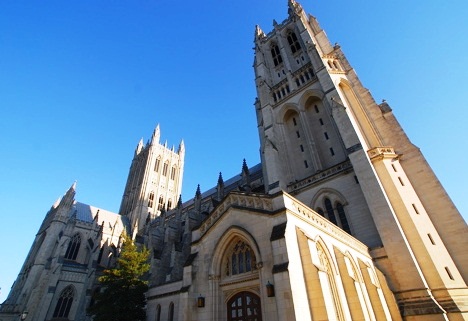 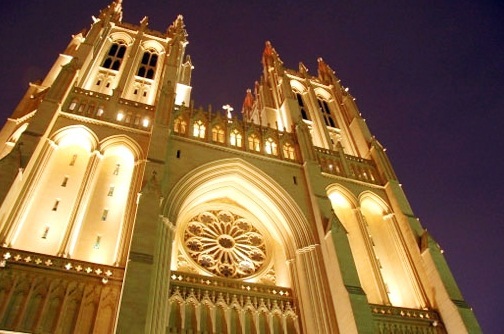 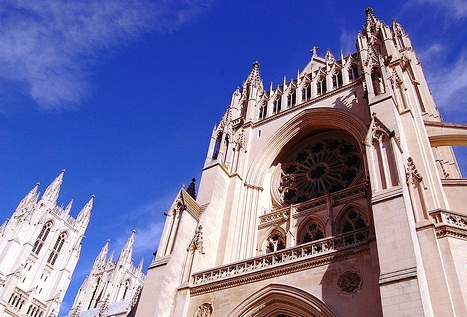 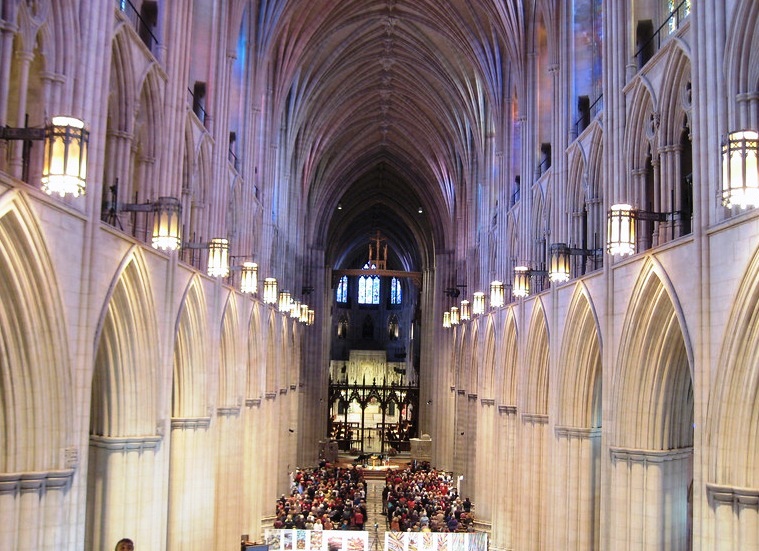 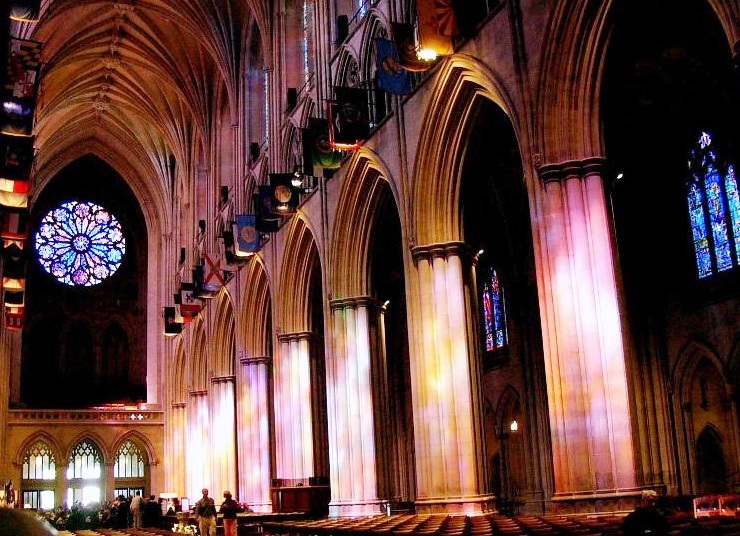 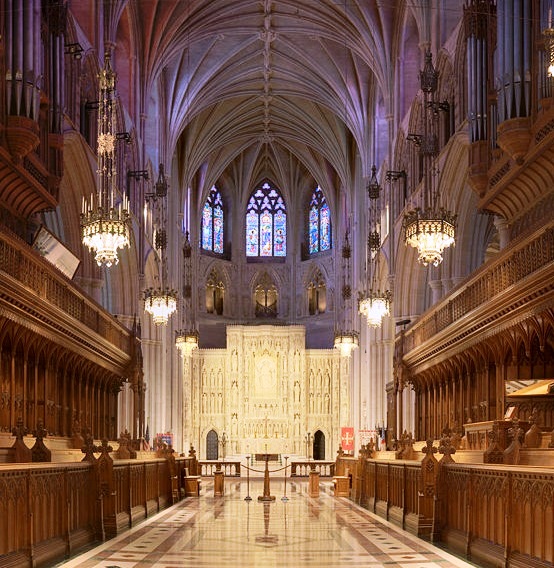 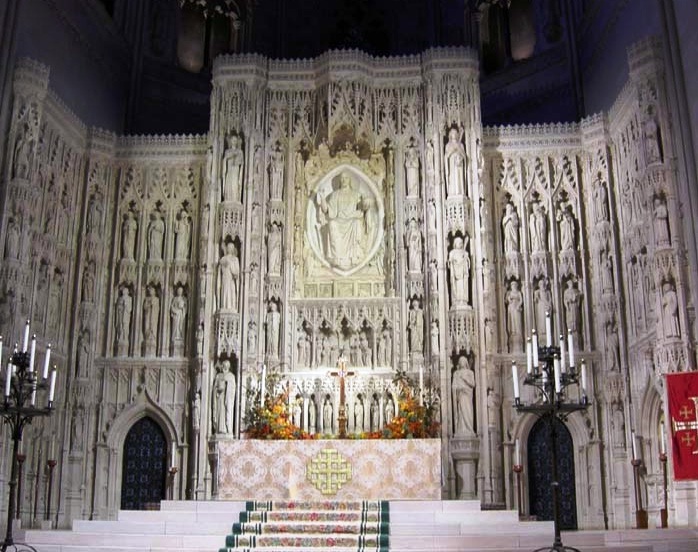