Destinations / The most attractive places to visit in Frankfurt, Germany / Commertzbank Tower


Commertzbank Tower is a imposant tower in the city of Frankfurt, and was the tallest building in Europe in the year that it was completed, 1997. The building represents an ecological skyscraper because of its sky gardens and unique technologies of saving the energy. For a city like Frankfurt, that preserves the historical buildings, the skyscrapers were not really accepted. Only some important landmarks were rebuilt after the bombardments  during the World War II. But still the historic center of the city represents a great treasure.

Becouse of the lack of historic buildings, the construction of the skyscrapers in Frankfurt was allowed. There appeared some modern skyscrapers, that represent bland gray buildings. The most valuable and tall skyscraper in Frankfurt is still the Commertzbank Tower, that measures 259 meters high , that was constructed in 1997. Itwas the tallest building in Europe untill 2003, when was built the Triumph Palace in Moscow. The tower receives ventilation and natural light during the day. It also includes an atrium that reaches from the gound level till the floors from the top of the tower, with several offices that offer an amazing view to the outside.
When the Green Party was governed the city with the Socialist Party, in the early 1990s, they desided to built a green skyscraper for the city of Frankfurt. The efforts of their work were rewarded through a great and somptuous tower, the world’s first ecological  skyscraper with splendid sky gardens and useful  technologies that will reduce the level of energy used for cooling the building. The Commertzbank Tower represents a 60 meters equilateral triangle  with a central triangular atrium. The atrium opens up to one of the three side of the nine different floors of the tower, forming amazing sky gardens. The Commertzbank Tower features a lot of advantages for the citizens, with great spaces for business offices, human working environment, an pleasant architectural style with a lot of innovative technologies that create the perfect place for a work day.
The designer of the building was the British arhitect, Norman Foster, who designed the elevators in the four corners of the tower, giving the possibility for the room for the green garden to remain in the center of the building. It is made of steel and now represents a unique jewel in the city, being the main landmark on the face of different souvenirs or posters. It is opened to the public and offers the dramatic view over the atrium gardens, that are really unique masterpieces. A lot of interesting sculptures were added in the intierior by the sculptor J.Seward Johnson, and the lightened exterior was designed by Thomas Emde. The Commertzbank tower became the symbol of the future for the city of Frankfurt, attracting the visitor’s eyes for its magnificent beauty and exclusive style.
The atrium gardens are covered by beautiful and unique plants that were brought from all over the world and formed an stunning view in the tower. The perfect moment to visit the tower is during the night when it is lit up with astoninshing yellow light that create a miraculous world, separated from the entire city. This mysterious skyscraper offers a healthy work environment with fresh air and beautiful views. Since January 2008 the Commertzbank Tower was supplied only with green electricity, with three gardens situated on the east side, three on south and last three gardens on the west of the building and  offer great conditions for the plants, surviving in a miraculous healthy world. While in Frankfurt no visitor should miss the opportunity to visit this enigmatic tower, that fascinate for its amazing structure and design, but even for its healthy environment that it offers. It will leave only nice and unforgettable memories in everybody’s life.
Sponsored Links

Write your Review on Commertzbank Tower and become the best user of Bestourism.com 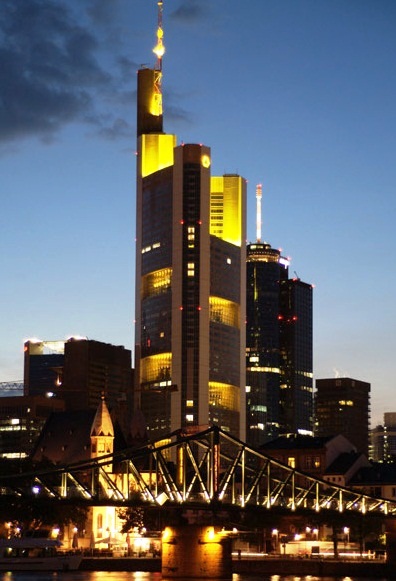 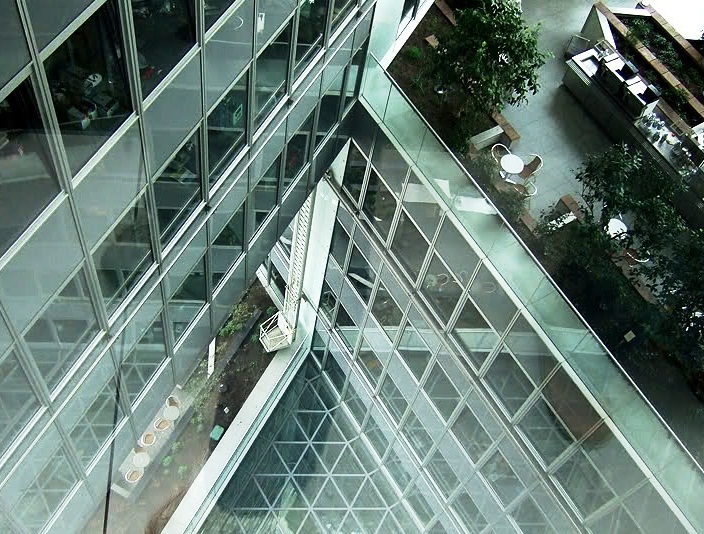 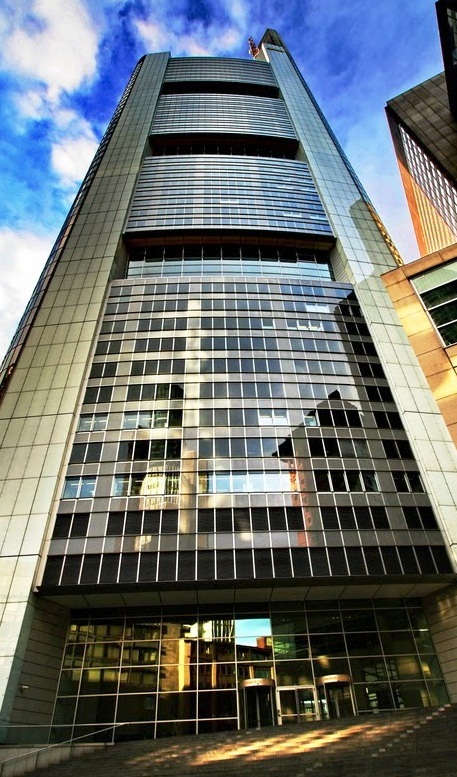 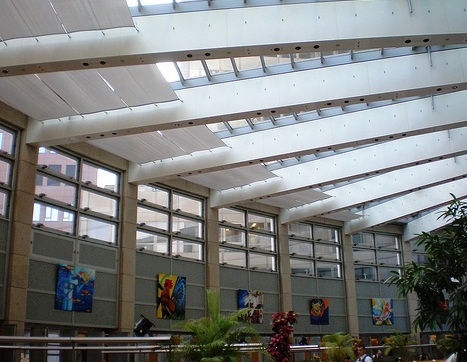 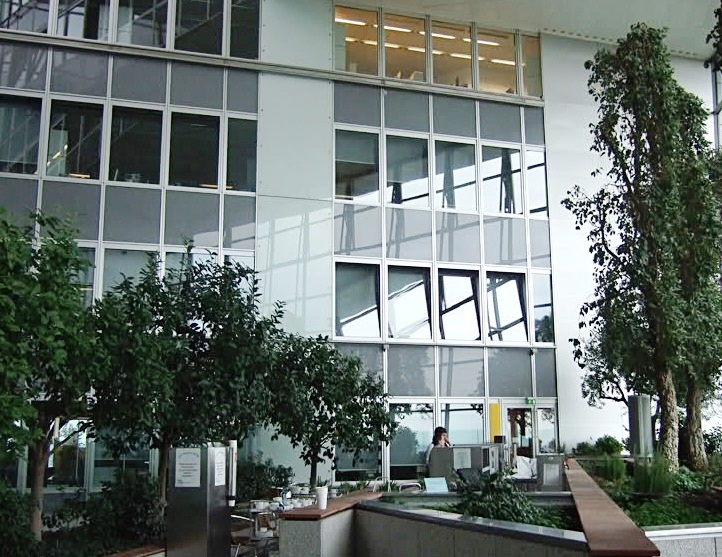 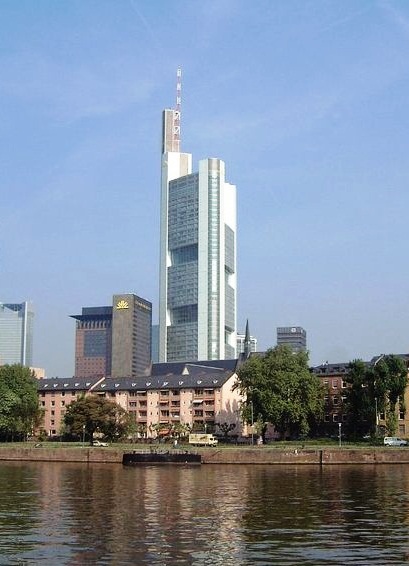 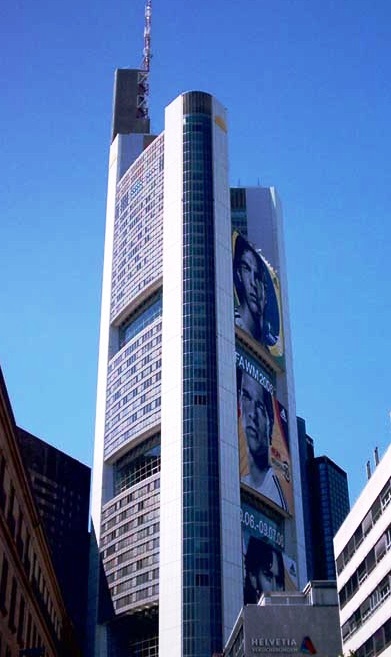